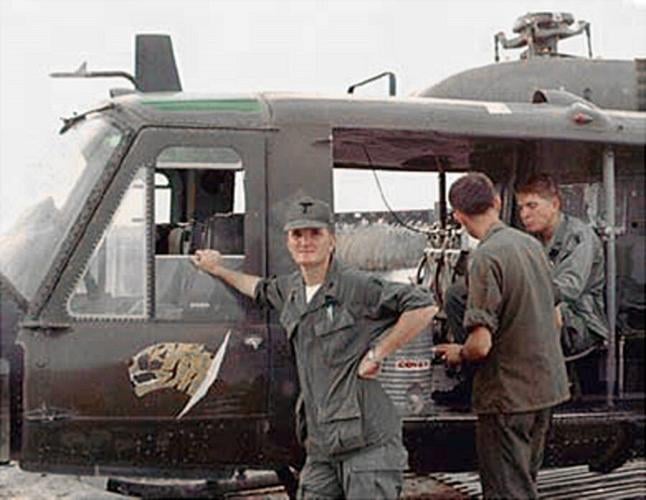 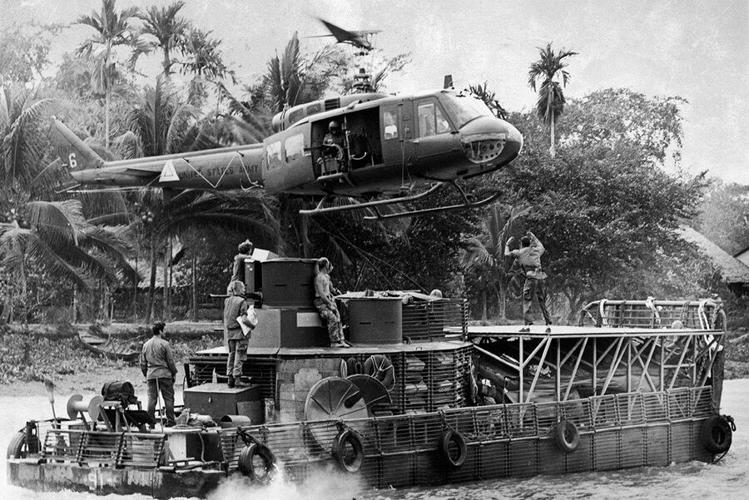 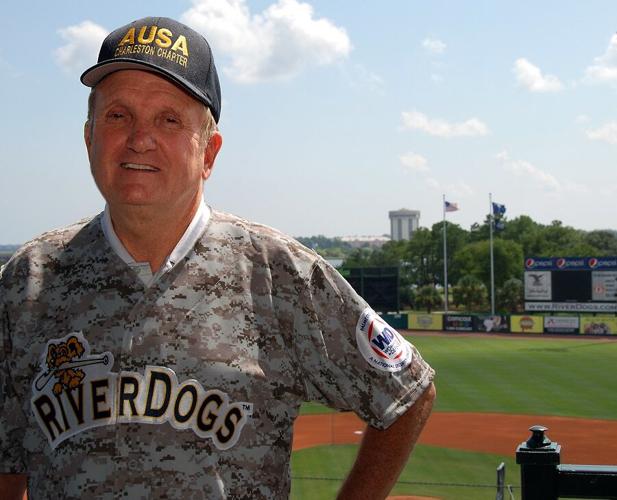 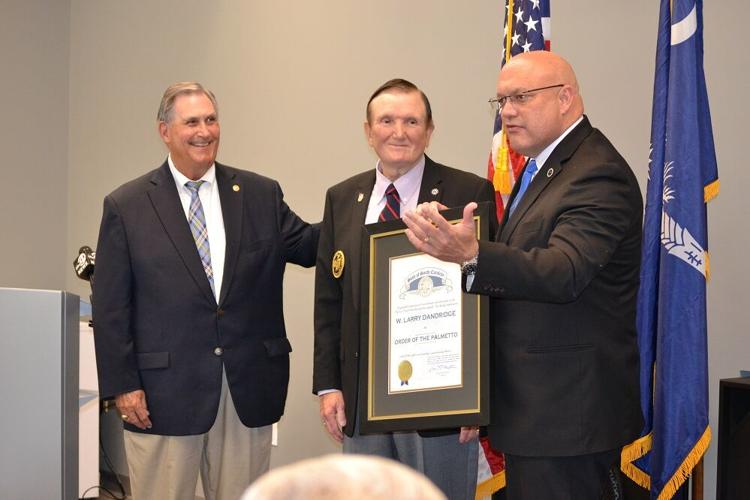 Larry Dandridge served as an Army helicopter pilot in Vietnam during the bloodiest years of the war for U.S. service members – 1968-69. Some 30,000 of the more than 58,000 American deaths in the war occurred in those two years.

His tour ended at seven months when he was shot down and seriously injured. It took six months in five different hospitals before he could return to flight service.

The retired lieutenant colonel is a successful author and veterans advocate in his native Charleston, South Carolina. He worked for over 20 years in the aerospace industry, and he was a police officer part-time for eight years and full-time for a year in St. Louis County, Missouri.

“The flying was fun, made a bunch of good friends,” Dandridge said of his war tour. “However, flying in combat is not so much fun.”

The former warrant officer attack helicopter pilot flew Huey slicks and Huey gunships in the 121st Assault Helicopter Company. He also flew Cobras in the 235th Aerial Weapons Company. He was stationed in IV Corps in the delta, the southern part of Vietnam.

On March 28, 1969, Dandridge’s attack helicopter was shot down. He suffered a broken back, traumatic brain injuries, shattered ankles, a broken left jaw, a broken right hand, a deeply lacerated neck and life-threatening bleeding, and a serious whiplash injury to his neck.

But he said he most remembers the death of his 20-year-old best friend, Chief Warrant Officer 2 Jerry Markland, from Albuquerque, New Mexico. Markland, a pilot with the 187th Assault Helicopter Company, was shot down in III Corps, near the Cambodian border northwest of Saigon. Markland was the honor graduate of their flight class which graduated in September 1968 at Hunter Army Airfield in Savannah, Georgia.

Forty-seven of Dandridge’s 218-member flight class were killed in Vietnam. He dedicated his award-winning book, “Blades of Thunder,” to them. Dandridge also used the proceeds from his book to help raise the $4.5 million to buy the land where the Fisher House Charleston is built.

“The sad thing about Markland was he became a pilot like his father, who flew in World War II for the Army Air Corps,” Dandridge said. “His mother didn’t want their son to become a pilot, but he did so with his father’s support. After Jerry was killed, his mother could not forgive his father. They both died of broken hearts. I found his older sister years later. Now I’m the adopted brother of that family and we correspond all the time.”

Dandridge retired from the Army after more than 24 years. He is also a retired aerospace industry regional manager and former police officer.

He is a past hospice volunteer, and he founded and was the CEO and board chairman of a CLC LLC hospice in Missouri for 10 years. Today, Dandridge is the senior writer and editor with Tigers, Vikings, and Vipers Publishing LLC, and a South Carolina advocate and volunteer for military members, veterans, their family members, survivors and caregivers. On Nov. 15, 2022, he received South Carolina’s highest civilian award, the Order of the Palmetto, for his service to this nation, South Carolina and veterans.

He writes a weekly column for the Lowcountry (Beaufort) Island News newspaper on veterans’ and military benefits, leadership, hospice, end-of-life planning, aeronautics and what citizens should know about law enforcement.

Dandridge, 75, and his wife of 28 years, Judi, reside in his hometown Charleston where he originally joined the Army. He moved back to Charleston 18 years ago. The couple have a combined five children – one son and four daughters –nine grandchildren and one great-granddaughter.

Dandridge shared his thoughts on this nation’s commemoration of the 50th anniversary of the Vietnam War.

“I appreciate the recognition that Vietnam veterans get through that program,” he said. “And it does many good things to educate people and raise awareness of the great contributions of military members, veterans and their families.”

Editor’s note: This is the 403rd in a series of articles about Vietnam veterans as the United States commemorates the 50th anniversary of the Vietnam War.