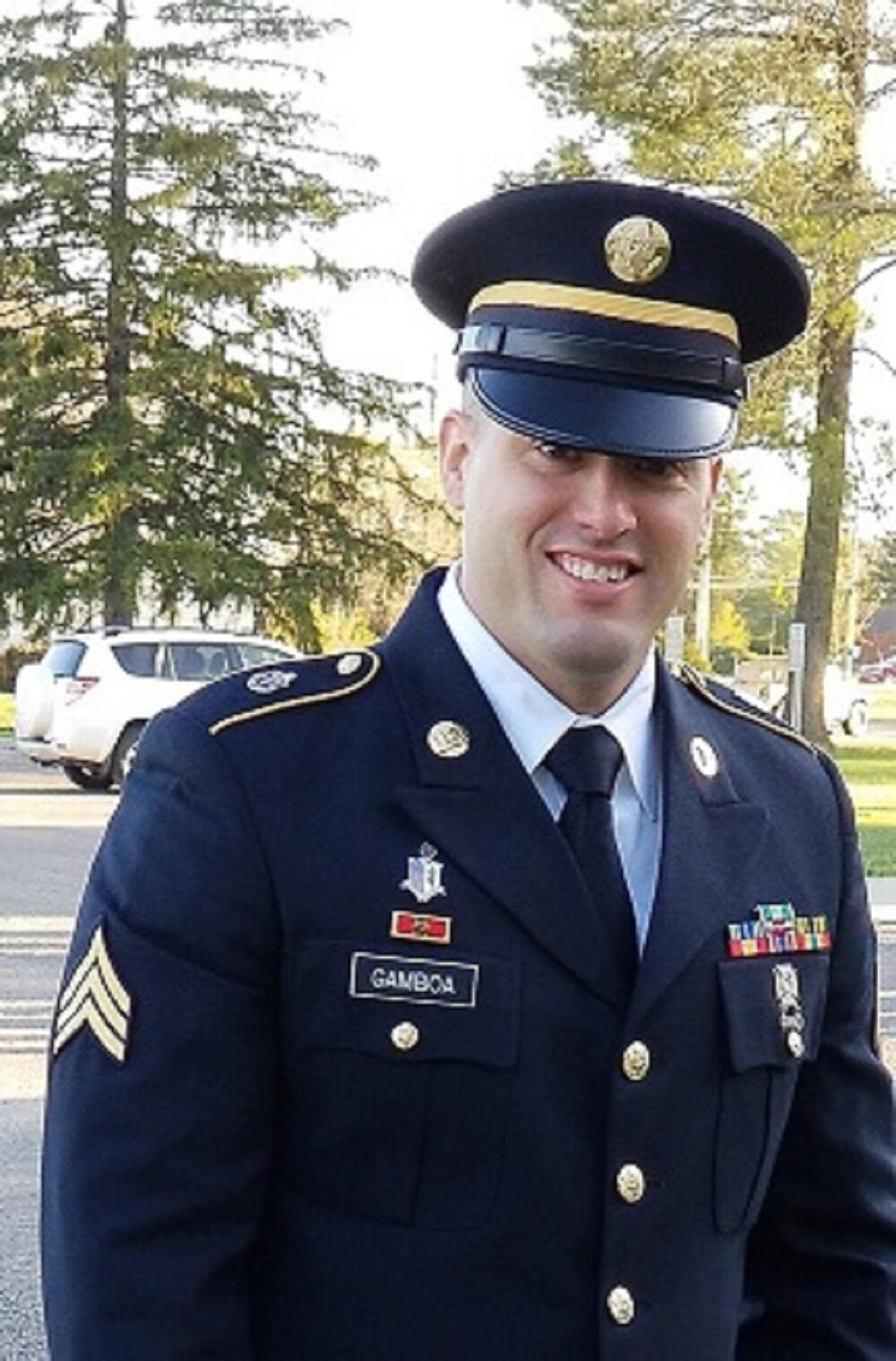 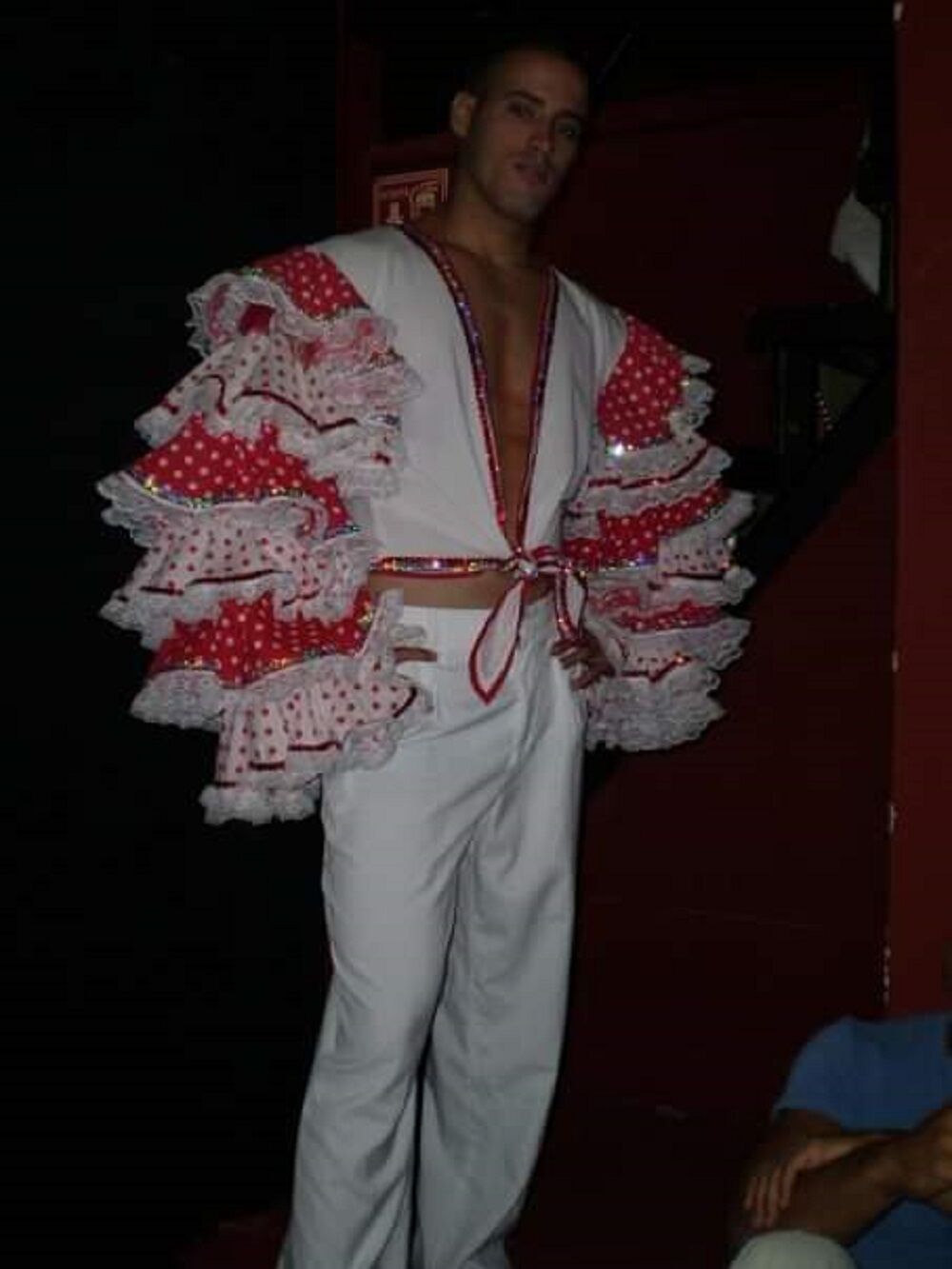 Oscar Gamboa joined a dance company in his native Havana, Cuba, in 1998 when he was 12 and he danced professionally for 10 years.

Oscar Gamboa joined a dance company in his native Havana, Cuba, in 1998 when he was 12 and he danced professionally for 10 years.

His days as a professional ballroom dancer are behind him. But Staff Sgt. Oscar Gamboa still enjoys dancing.

The station commander for the Orlando Physicians Recruiting Station will occasionally turn on his music in the office and do a few steps. He joined a dance company in his native Havana, Cuba, in 1998 when he was 12 years old. Gamboa did ballroom dancing and swimming ballet as a professional in Havana.

In February 2009 his father, Pablo, who was living in Cancun, Mexico, since 2006, did the paperwork so his oldest child could leave Cuba for Mexico. Gamboa moved to Cancun and became a dancer at the well-known cabaret there called Coco Bongo. He danced at the Coco Bongo from February-June 2009.

“All kinds of dancing. We did mambo, salsa, samba. There were plenty of others,” Gamboa said. “Like Michael Jackson choreography, Madonna choreography. We used to do ballet, too.

After five months in Cancun, Gamboa went to Reynosa, Mexico, in July 2009. That Fourth of July he crossed the border into the United States. He sat in a Greyhound bus for 28 hours to travel from McAllen, Texas, to Jacksonville, Florida.

Gamboa arrived in Jacksonville July 5, 2009, and started working as a truck driver for his father-in-law’s company. He drove 18-wheelers all over the United States from 2009-11. He joined the Army in June 2011.

He joined the Army as a chemical, biological, radiological and nuclear specialist; and his first duty station was Fort Lewis, Washington. In 2014 he changed his specialty to licensed practical nurse. In December 2020 he changed to recruiter. The Miami resident leads two other recruiters at the Orlando Physicians Recruiting Station which is under the Orlando Medical Recruiting Company and the Redstone-based 2nd Medical Recruiting Battalion. His recruiters are Sgt. 1st Class Jose Duron and Staff Sgt. Ryan Levack.

Gamboa met his wife through his former career as a professional dancer. She was a Cuba native who came to the United States at age 3 and was living in Jacksonville, Florida. When she turned 15, she returned to Cuba to learn to dance the Quinceanera which is a Cuban custom. Gamboa, the professional dancer, became her dance instructor and partner or galan. They met in Havana.

After more than a month of choreography instruction, they were among seven couples dancing at the Quinceanera celebration held July 7, 2007, in Havana. They got married Jan. 8, 2011, in Jacksonville, Florida.

Gamboa and his wife of 10 and a half years, Claudia, have three children. Their son, Junior, is 8; their oldest daughter, Bella, is 4; and their youngest, Elizabeth, is 1.

“My wife never let me dance again (professionally) when I got to the States,” Gamboa, who danced professionally 10 years, said laughing.

At 35, the Havana native is the oldest of four children – three boys and one girl – of Noemi and Pablo Gamboa. His mother lives with him and his family in Miami. Gamboa enjoys spear fishing, hunting and spending time with his friends and family. He became a U.S. citizen March 2012.

“I honestly can’t complain,” he said. “It has been a lot of great experiences. The Army gave me the opportunity to become who I am. It gave me a career. It gave me a profession.”

The Army has met the special needs of his son, Junior, who has Lowe’s syndrome which affects the eyes, brain and kidneys.

“Everything my son needs is provided by the Army. I’m eternally grateful for that,” Gamboa said. “Whatever he needs, I know the Army is always there.”

He made staff sergeant last year and he plans to stay in the Army at least 10 more years. He said he hopes to make first sergeant one day.