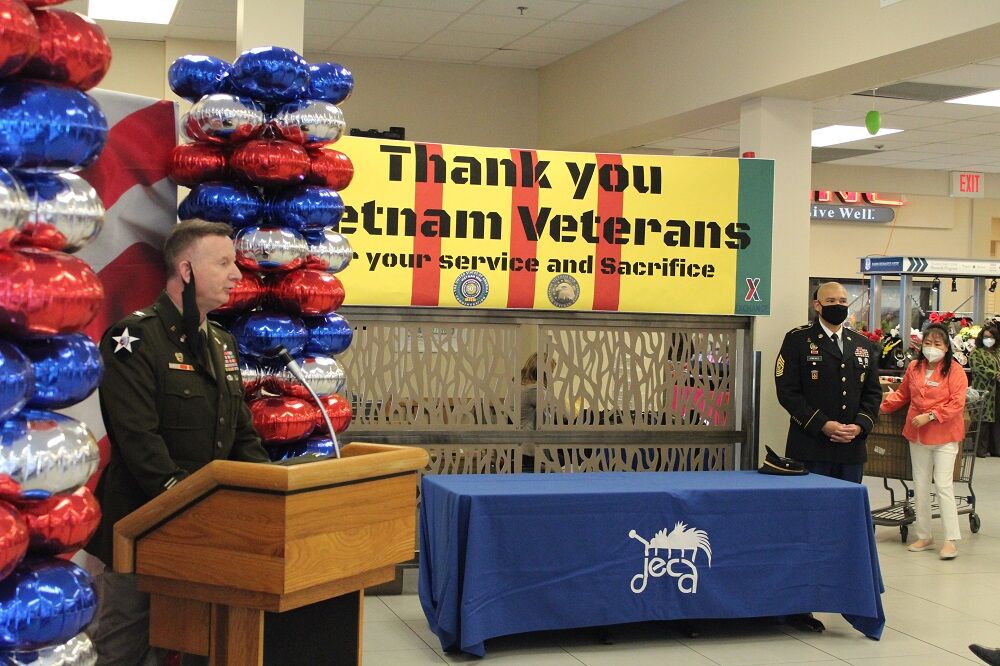 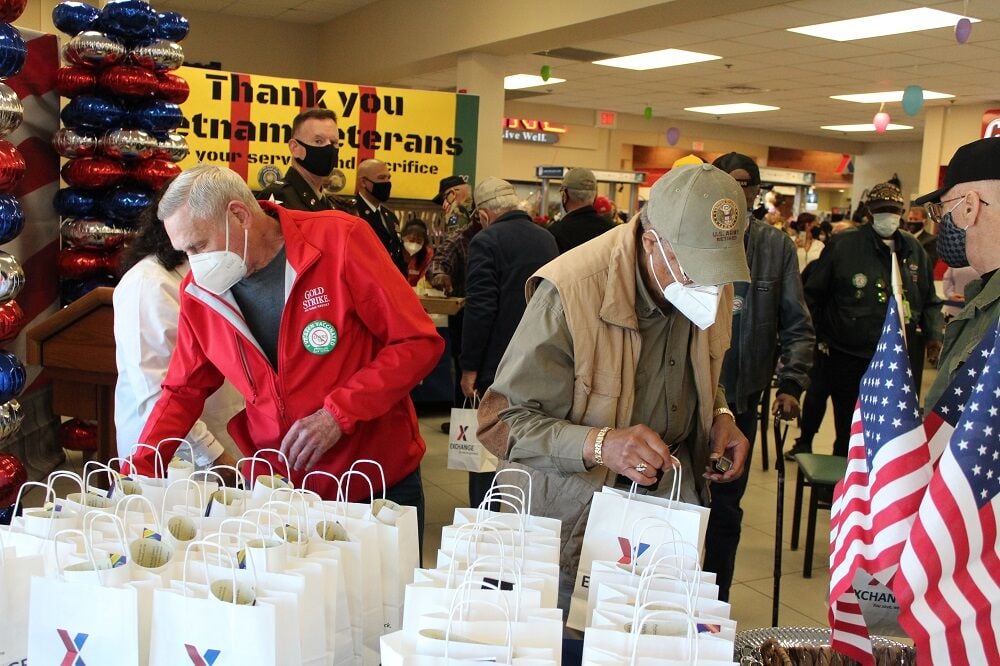 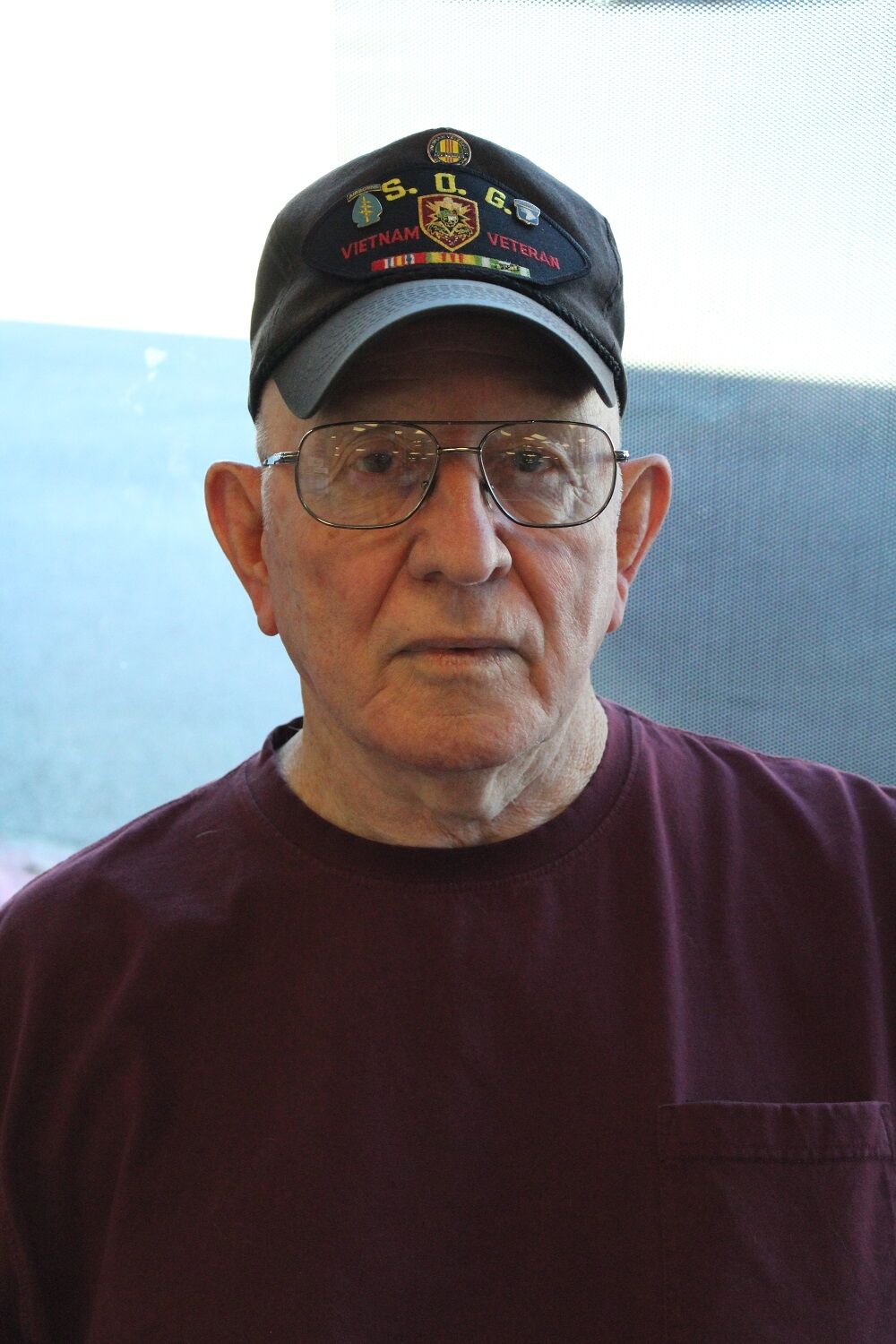 The Vietnam veterans and Vietnam-era veterans started arriving for the midmorning ceremony March 29 in the Exchange food court.

This was their day, National Vietnam War Veterans Day. The lapel pins and gift bags on the special tables were intended for them, courtesy of the Exchange and Commissary.

“Today, I encourage everyone here to take the time to speak to, swap stories with, and truly get to know our Vietnam veterans who did their duty for a country that didn’t fully appreciate it at the time,” Garrison Commander Col. Glenn Mellor said.

Fred Dye, 79, served two and a half tours in Vietnam. The Nashville native went there in 1961 for a six-month tour to teach the South Vietnamese soldiers how to use heavy weapons. He returned in 1969 and was there in 1970-71.

“You never were fully relaxed,” Dye said. “You stayed kind of tensed up a lot.”

“I think it’s a positive thing,” Dye said of the observance event. “For a lot of the guys, it makes them feel better for people to say we did our job. I think the guys do enjoy it.”

Vietnam-era veteran Jack Fuson, 72, of Huntsville, served in the Army from 1970-91 and retired as a lieutenant colonel. He said he was on orders to go to Vietnam, went to flight school and got diverted in 1973. He spent 21 and a half years in Korea, including five years on active duty and 16 years as an Army civilian.

McCullough said this was a good event. “It’s something that shows thanks to vets, the Vietnam vets. They didn’t get a good shake,” he said. “When I went to Desert Storm, we had parades up and down (upon returning home). Things like this are long overdue. Just to show appreciation to the veterans.”

Sheila Enderle, general manager for the Exchange for Redstone Arsenal and Columbus Air Force Base, Mississippi, welcomed the veterans.

“I wanted to say thank you guys for coming out,” she said. “And thank you for your service.”