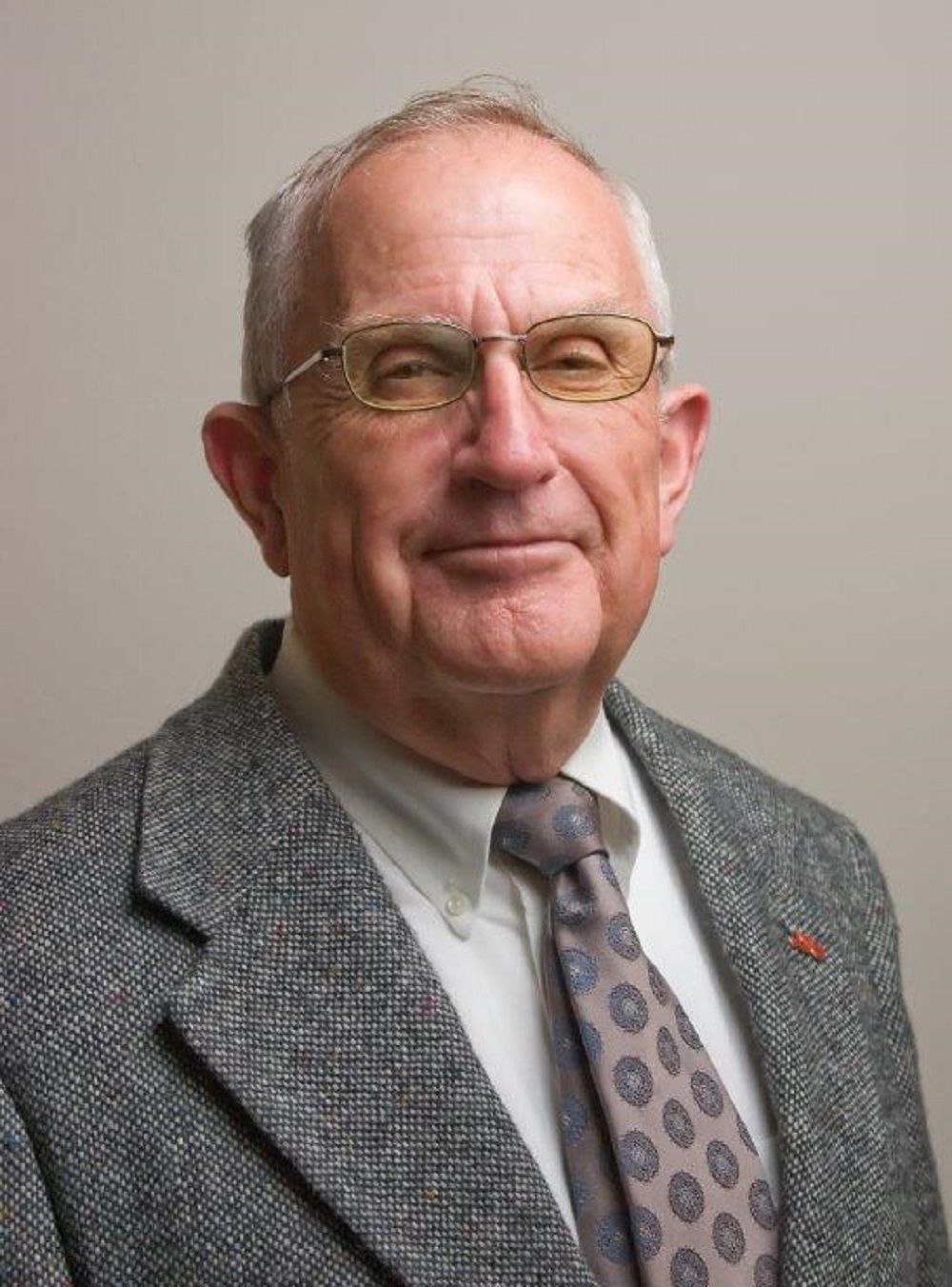 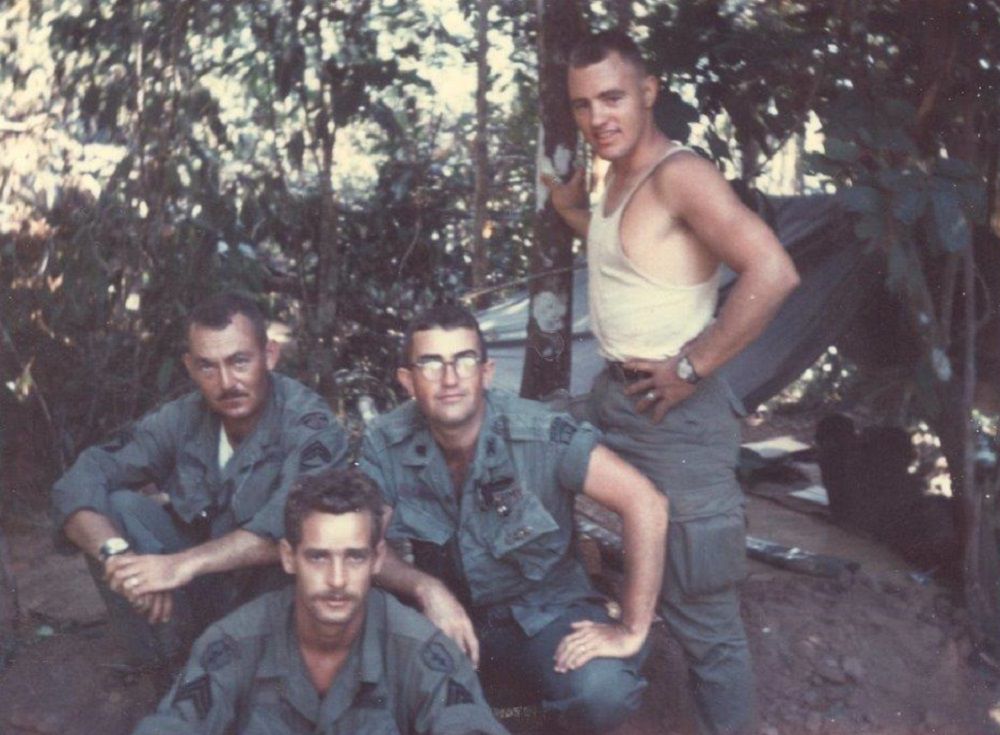 With three tours in Vietnam, Cliff Lanham experienced three phases in the war.

He was there as adviser to a Vietnamese infantry division in 1967-68 and 1969-70. He returned as an ordnance officer in 1971-72 during the turn-in of American equipment and troop withdrawal.

The retired lieutenant colonel said he most remembers the native people.

“Because I spent so much time with the Vietnamese, I think they are an absolute gorgeous, beautiful people,” the Madison resident said.

In October-November 2019, Lanham returned to Vietnam with an educational tour group and saw the dramatic change from the country he remembered. “A great trip, fantastic society,” he said. “They really do have a beautiful country. They’re very proud of their country and rightfully so.”

The Oklahoma native was a young captain just out of Ranger school when he went to Vietnam in July 1967. At home were his wife and two children. He went to Duc Hoa as an adviser to the 4th Battalion, 49th Regiment of the 25th Division, Army of the Republic of Vietnam. The unit had the two-fold mission of providing security for the revolutionary development team, which was to ensure nation building; and providing security to the 25th divisional headquarters.

There were skirmishes with small guerilla forces but that changed the morning of Jan. 30, 1968, when the Viet Cong and North Vietnamese army launched their Tet Offensive. “From my aspect that was probably the most action that I had seen in six months,” Lanham said. His tour ended July 1968.

Lanham was back from March 1969 to March 1970 with the same division but with a different battalion in a different location. He advised the 1st Battalion in Bio Tra, the capital of Hau Nghia province. “The second tour was totally different,” he said. “We did a lot of co-operations with the 1st Brigade of the American 25th Division in war zone C. That’s pretty much on the Cambodian border.”

This phase represented a transitional period, called “Vietnamization,” to get the Vietnamese people to fight for themselves against the North Vietnamese army. “We were in the jungle more there, a totally different geographical area (from his first tour),” Lanham said.

The former Reserve officer returned from 1971-72 with his regular Army commission as an ordnance officer. The major was assigned to the massive Long Binh compound as the materiel officer with the 79th Maintenance General Support Battalion. They spent the year retrograding U.S. equipment from the field for either turnover to the Vietnamese troops or return to the states. Lanham wasn’t getting shot at but he worked around the clock.

“I worked harder that year than I did the other two (tours) completely but it was totally different,” he said. “It was almost like a civilian job. Every truck, every tank and so on had to be washed so no agricultural contamination would go back to the U.S. So the third trip was totally different. Our biggest problem back then were drugs.”

Heroin was a big problem among younger Soldiers in the logistical units during the last three years of the war. Lanham was placed in command of a 400-member company within the maintenance battalion. In the first 60 days of his command, he saw 35 general courts-martial for drug usage.

“So the drug scene on that third trip was an absolute disaster,” Lanham said. When he left Vietnam for Europe, he saw a similar heroin problem with troops in Europe.

Lanham was born and raised in Altus, Oklahoma. About 1955 his father transferred to Dothan to become a civilian flight instructor for the Army at Fort Rucker. Lanham finished his last two years in high school in Dothan and joined the National Guard. He took ROTC at Jacksonville State University and graduated in 1961 with a bachelor’s teaching degree in history. He was an infantry officer before finishing his career in ordnance. In the mid-1970s he was project manager for the M-1 tank at Aberdeen Proving Ground, Maryland.

He retired in 1986 as a lieutenant colonel after 24 years of service. His last assignment was deputy director for base operations at the Training and Doctrine Command at Fort Monroe, Virginia.

He taught high school physics and chemistry at Virginia Beach, Virginia, from 1994 to 2003 when he retired and moved to Madison.

Lanham, 81, and his wife of 56 years, Cynthia, have three children, eight grandchildren and three great-grandchildren. Their oldest son, Kevin, works for Raytheon just outside of Dulles International Airport in Virginia. Their daughter, Sharon Geissler, resides in Cheyenne, Wyoming. Their youngest, Mike, is a lieutenant colonel and computer instructor at the U.S. Military Academy who has his doctorate in computer security.

With hearing loss in both ears because of his military service, Lanham wears hearing aids. He still plays tennis, just doubles these days, and he belongs to a model airplanes club in Harvest. He teaches genealogy and Vietnam history in the Osher Lifelong Learning Institute at the University of Alabama in Huntsville.

“I think that many, many Americans unfortunately do not understand or even want to understand what happened in the Vietnam War,” Lanham said. “It’s one of those things that the American population wants to forget.”

Editor’s note: This is the 271st in a series of articles about Vietnam veterans as the United States commemorates the 50th anniversary of the Vietnam War.