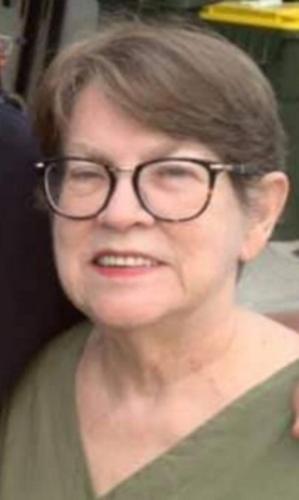 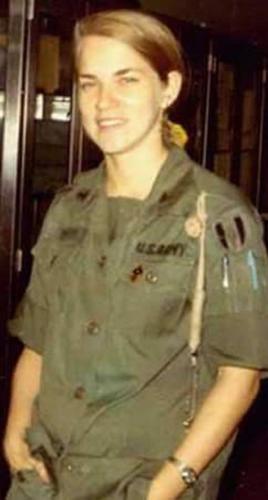 After serving as an Army nurse in Vietnam and then traveling throughout the country in the nursing profession, Cindy Mason Young decided to retire in 2011.

“We’ve moved all over the country and I always could find a job as a nurse. But I’m 74 now and I don’t need that anymore,” Cindy Mason Young, of McAllen, Texas, said.

But traveling was her impetus for joining the Army Nurse Corps when she graduated from the M.B. Johnson School of Nursing in her hometown Elyria, Ohio, in 1968. She wanted to get away.

“I wanted to see the world. I wanted to leave my hometown,” she said. “Joining the Army was a way of getting out in the world.

“I went to nursing school in my hometown, and I knew if I stayed there I’d be there my whole life.”

She had basic training – which for nurses was paperwork and learning the Army system – from September-November 1968 at Fort Sam Houston, Texas. She accepted a direct commission as a second lieutenant. She turned 21 in basic training and said she was not afraid of being assigned to Vietnam during the war.

“Well actually it was a draw. I was intrigued by the idea of taking care of wounded,” Young said. “It seemed like it would be a good experience. I was ready for a challenge.”

In her basic training class, the administrators assembled the 400 nurses and 200 doctors and told them what they could expect. The administrators frankly said that if their recruiters had told them they were not going to Vietnam, it was a lie and most of them would be going to war.

Many of her classmates were upset and angered at that news. But not Young. “No, I told you, I was up for a challenge,” she said.

Her first assignment was to Letterman General Hospital at Presidio of San Francisco. She worked in the neurosurgery intensive care unit. She enjoyed the assignment – being away from home with money for shopping in San Francisco. “It was a girl’s dream,” she said. But three and a half months later, she got her orders to Vietnam.

The 21-year-old second lieutenant was assigned to the 24th Evacuation Hospital in Long Binh from March 1969 to March 1970. The rookie nurse got assigned to the only neurosurgical unit in Vietnam. Not only did they see head and spinal cord injuries, but also amputations from explosions and many other serious wounds.

“We saw everything – absolutely everything,” Young said. Like every other nurse in Vietnam, they worked 12 hours a day, six days a week. There was no place to go on the days off, except maybe the post exchange. There were 10-12 registered nurses and 12-15 medics.

“You could not be a medic unless you had six months in the field. These guys were a hell of a group of men,” Young said.

She learned on the job. She asked questions. Her co-workers were eager to help. “It was in everybody’s best interest to make sure new nurses were oriented to what they were expected to do,” Young said. A particular type of electric bed, called a Stryker frame, was used to treat patients who had spinal cord injuries. It sandwiched the patient between layers so he could be safely turned every two hours to prevent bed sores. “I saw as many as eight Stryker frames in Ward 5 at one time,” Young said.

She remembers sitting down at one point and looking at the logbook which tracked the patient information from the start of her tour. “Ward 5 had a 10% death rate which was pretty good considering the severity of the injuries we had then,” she said.

Of the more than 58,000 Americans who died in the Vietnam War, eight were female Army nurses like her. She received an Army Commendation Medal and a unit citation.

Young served in the Army from 1968-75 and left active duty as a captain. She became a major before leaving the Georgia National Guard. Her last duty station was Fort McPherson, Georgia, from 1970-75. Her subsequent nursing career took her to two hospitals in Atlanta, a hospital in Brunswick, Georgia, and the University of New Mexico Hospital in Albuquerque. She has lived in McAllen, Texas, for more than 20 years. She worked at three hospitals there and finished her career as a Hospice nurse from 2010-11. She received a bachelor’s in health sciences from the College of St. Francis, in Joliet, Illinois, in 1995.

She and her husband of 50 years, Doug, 78, met in 1969 in Vietnam where he served two tours. In 2005 they started returning to Vietnam annually. Young taught a medical terminology class there each spring until 2010 under a program called the English Language Institute China. She and Doug have two adopted Vietnamese daughters, both of whom earned their master’s and pursued doctorates.

Young enjoys quilting and she is writing a cookbook. Doug has written two books about Vietnam, and he enjoys photography.

“Well, you can’t get out from under the fact that we’re in a war right now,” Young said. “And the last few wars we were in haven’t turned out so well.”

Editor’s note: This is the 363rd in a series of articles about Vietnam veterans as the United States commemorates the 50th anniversary of the Vietnam War.