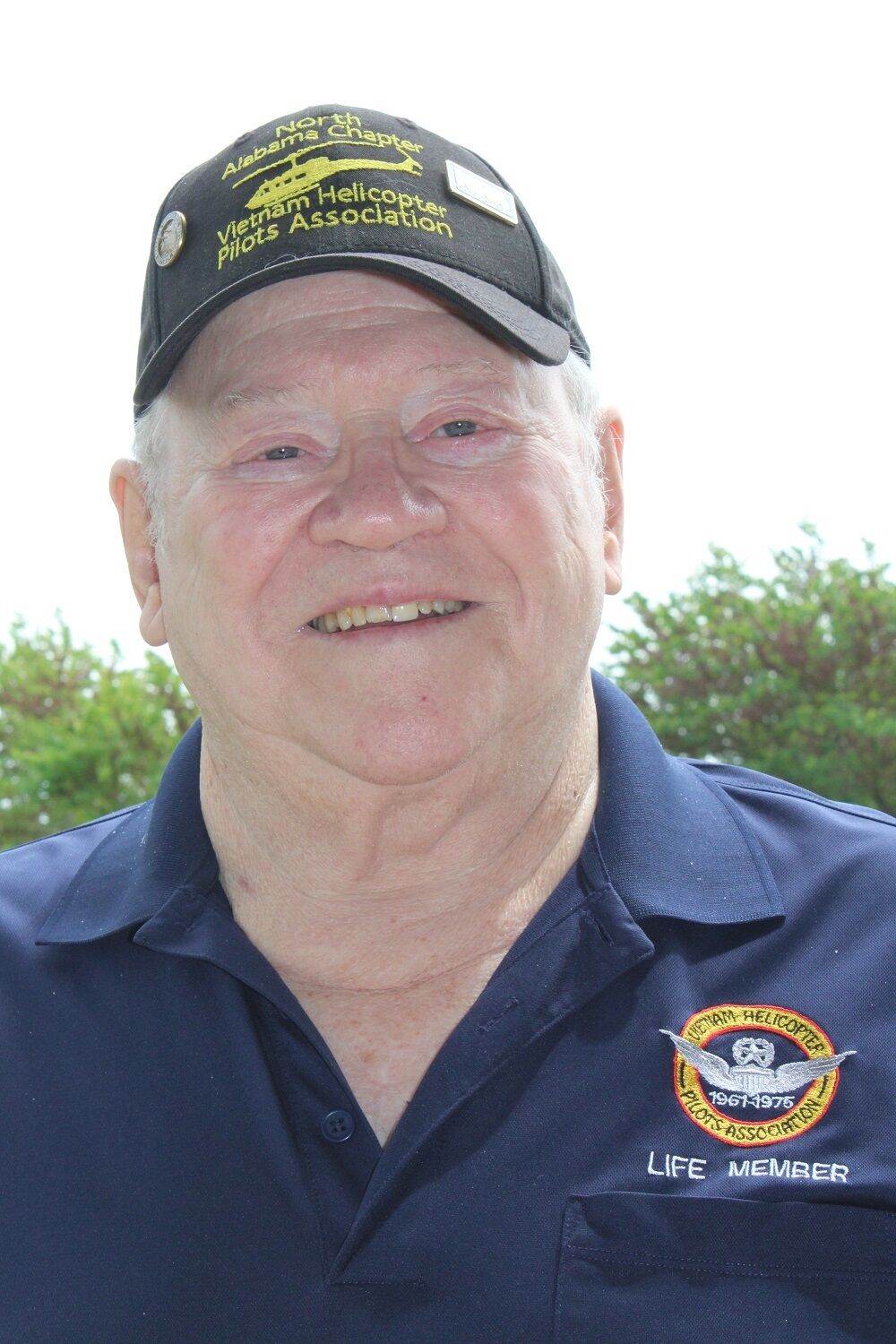 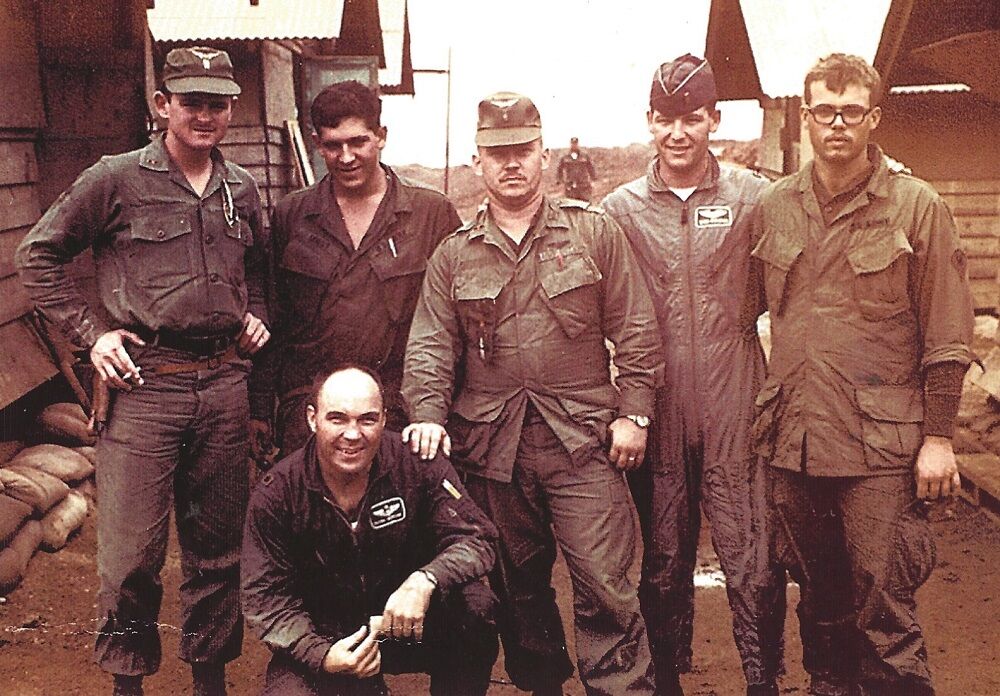 On Dec. 10, 1967, Army helicopter pilot Jim White was flying his UH1-D Huey back to his base at Chu Lai, Vietnam, when a member of the four-man crew saw an Air Force plane get shot down.

As the F-4 Phantom descended in flames, the two Air Force pilots ejected and parachuted to safety. Maj. Glenn Nordin splashed into the river, about 20 yards offshore, while 2nd Lt. Bob Riddick fell to the sand.

White landed his helicopter between the pilots amid enemy fire. His crew chief ran to one of the pilots while his gunner ran to the other. Nordin had to be cut out of his parachute. Riddick was able to get out of his chute on his own. Neither was injured.

“They had a rougher ride than I did,” White said as he recalled the incident. During their evacuation flight to Chu Lai, Nordin crawled between the seats of White and his co-pilot and looked up at White.

“He had his sunglasses on and one of the lenses was gone and he didn’t know it of course,” White said.

White received the Distinguished Flying Cross for his role in this rescue mission. His co-pilot received the Air Medal with V device for valor.

Forty years later, retired Chief Warrant Officer 3 White was home in Huntsville when he received a nighttime call from the state police in Atlanta.

“The thought in my mind was ‘Oh what’s my son done now,’” White said laughing. The policeman said he was trying to help a friend named Nordin who had been rescued years ago in Vietnam. White confirmed he flew the rescue helicopter, and he subsequently received a call from Nordin.

“We talked to each other for a while and then we started emailing each other a lot,” White said.

Nordin, who resides in San Antonio, has a friend in Decatur. The friend, Nordin and White arranged to have a reunion dinner at the friend’s house and brought their wives.

“As I was getting out of the car (in Decatur), one person came out with sunglasses and he had a lens missing,” White said of reuniting with Nordin. “He had the same glasses he wore in Vietnam. He kept them all these years. That was our first greeting after a few hugs. There were tears. That was a good dinner there. It lasted till 1 o’clock in the morning.”

Riddick lives in Tacoma, Washington, where the family of White’s wife happens to be from. Two years after reuniting with Nordin, White reconnected with Riddick while he and his wife visited her family in Washington. White met Riddick’s family; and Riddick told him that he was the reason Riddick survived to have children and grandchildren.

“Every year on Dec. 10th I get a phone call from both of those guys,” White said. “Hadn’t missed a year since.”

White flew 1,000 combat hours from 1967-68 for the 176th Assault Helicopter Company in Chu Lai. He was shot down twice and he had two emergency landings for maintenance problems. In his second Vietnam tour, 1970-71, he flew 600 combat hours of secret reconnaissance missions in a RU-8D twin engine airplane with the 144th Aviation Company. They started in Nha Trang and moved to Cam Rahn Bay halfway through his tour.

The Whitesville, West Virginia, native received the Distinguished Flying Cross, the Bronze Star and 38 Air Medals including one with V device. He also had his master aviator wings and master parachutist wings. He enlisted in 1957 and he graduated from flight school in August 1967 before going to Vietnam the following month. White retired from the Army in 1977. He became an Army civilian pilot at the Redstone Airfield and he retired in 2000 as the standardization officer. He finished with 40 years of government service, including 20 on active duty and 20 as a civilian. Altogether he had 14,000 hours of flying.

White completed his education through the Army and he received his bachelor’s in business administration, with minors in economics and military service, from the University of Nebraska in 1972.

He and his wife of 45 years, Teresa, have two sons, Joseph and Todd, three grandchildren and one great-grandchild. The couple bought their home in Huntsville in 1980.

“I think it’s good that they do that,” White said. “I got my (Vietnam veterans) lapel pin a couple of years ago. NAVHPA has probably presented hundreds of them.”

Editor’s note: This is the 320th in a series of articles about Vietnam veterans as the United States commemorates the 50th anniversary of the Vietnam War.