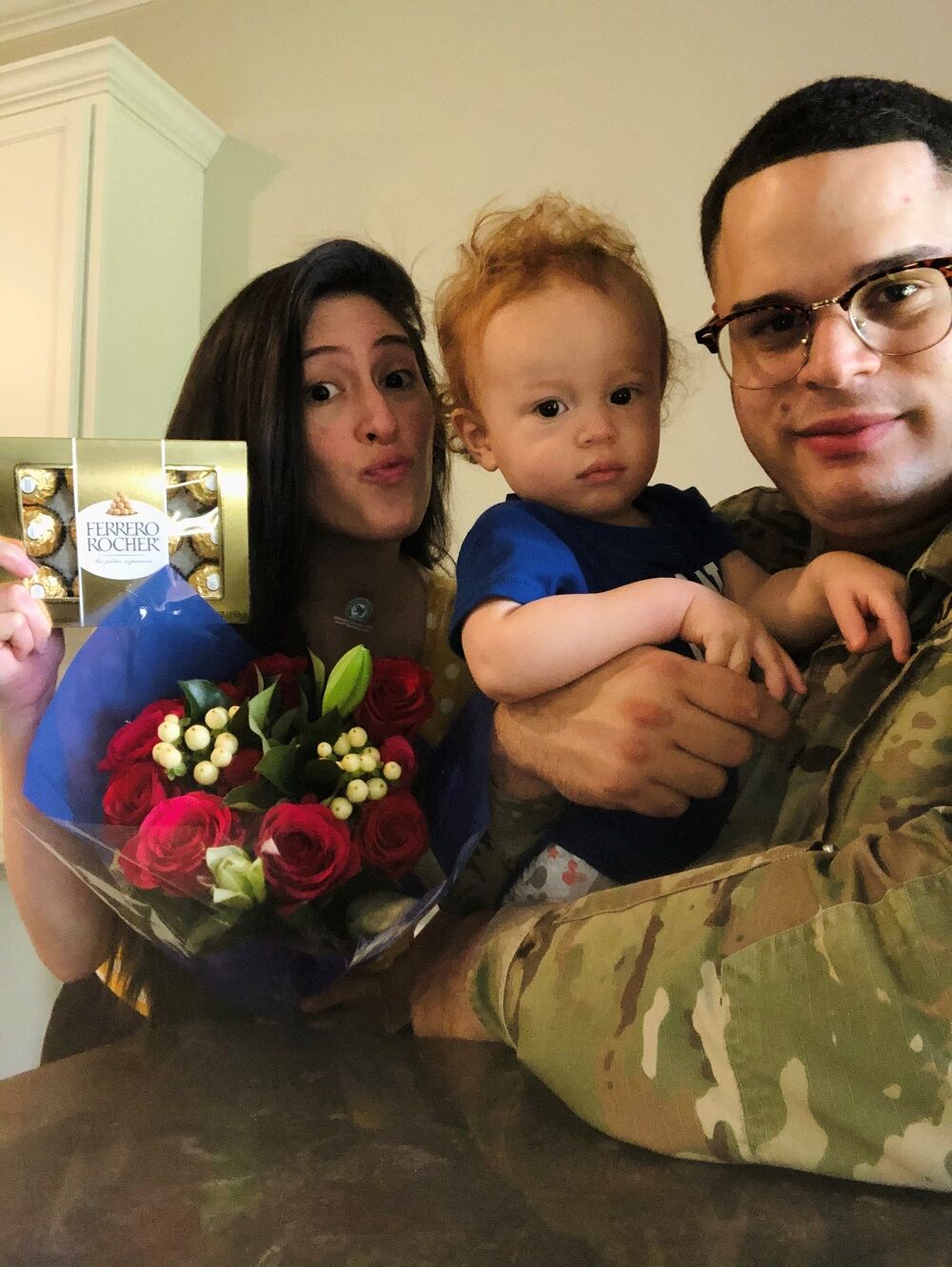 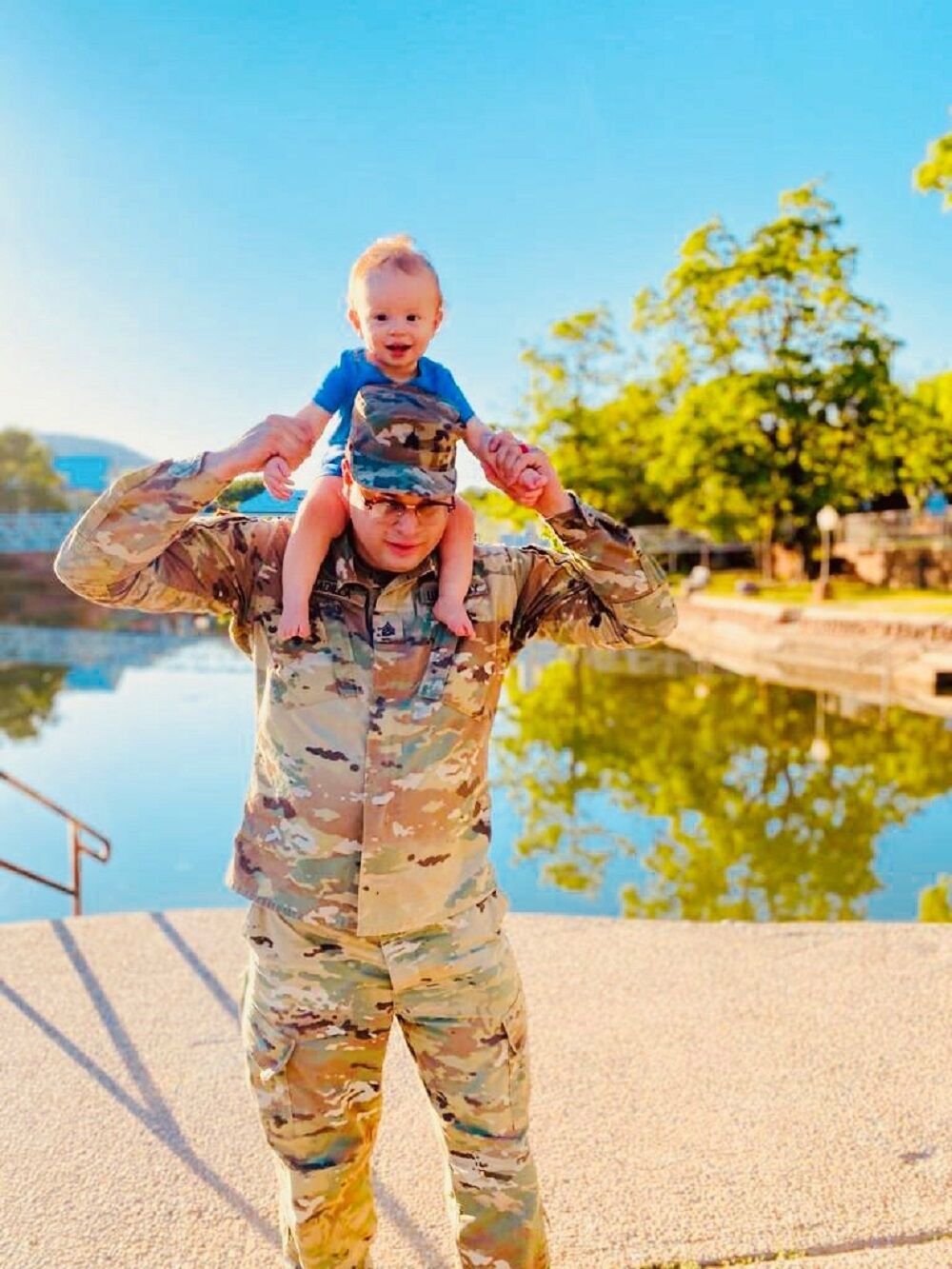 November is best known for Veterans Day and Thanksgiving, but it’s packed with annual observances. These include the Month of the Military Family and National Gratitude Month.

Sgt. Jorge Padilla, religious affairs specialist at Bicentennial Chapel, said he looks forward to Military Family Month and Gratitude Month because he thinks his being a part of the Army family gives him extra reasons to celebrate and give thanks.

A native of Bayamon, Puerto Rico, Padilla graduated from high school in 2010. After working in private industry for several years, he began his military service and took on his military family only a few months apart in 2016.

“That was a busy year for us, but things just seemed to fall in place,” he said. “My wife and I had only been married a few months when I joined the Army. I took my basic training in December, a few months after we were married. We waited to have a formal wedding ceremony until after I’d completed my eight-weeklong religious affairs training at the Army Chaplains School in Fort. Jackson, South Carolina. Soon afterwards, I received orders for my first duty assignment overseas.”

Padilla was stationed at Camp Walker in Daegu, South Korea, where he supported the 168th Medical Battalion for one year. He went on to serve as the noncommissioned officer at the Cache Creek Chapel at Fort Sill, Oklahoma, for several years. He arrived at Redstone Arsenal in July.

“Religious affairs specialists are part of the chaplain’s staff and we provide all types of administrative and logistics support for the congregations that we serve,” he said. “I like that my military occupational specialty allows me to assume different roles to support the chapel. Right now I’m working as a file clerk keeping track of data to support our team.”

Padilla said military families face some challenges that aren’t as noticeable in the average family. One such challenge is separation. He and his wife, Veronica Rivera, have spent some time apart as a family due to his military training and duty assignments. However, where some might see this as a negative, Padilla is quick to highlight the positive aspects that separation has had on his family.

“Being a Soldier allows me to take care of my family so being apart due to my service obligations is a sacrifice we have to make. Staying connected is key to the success of our marriage,” he said. “Dealing with separation has definitely made our family bond stronger. Every day is special for us and we treasure each moment we can spend time together. Being apart makes us appreciate our family even more.”

Padilla also attributes the help of other to his family’s resiliency. He values the impact that extended family has had on their quality of life.

“For me, family is everything. My wife and I couldn’t have made it this far without the help of our family members. I’d like to thank my parents, Neftali and Midiam Padilla, for how they’ve encouraged me to be the best that I can be throughout my entire life. They taught me how to appreciate whatever opportunity I am given and make the most of it,” he said. “My in-laws, Noel and Elsie Rivera are also very supportive. They are always there when we need them and we are fortunate they have an active role in our lives.”

Padilla said he loves military service and the benefits that come with being a part of the Army family. He’d like build on what he’s learned as a Soldier for the past six years and make the Army a career. He’s also interested in continuing his education. He received a bachelor’s in criminal justice in 2016 and he plans to pursue a master’s in homeland security.

The couple live in Harvest with their son, Andres Padilla, 1½. They are expecting their second child in March.

Although Military Family Month is a time set aside to thank military families, Padilla said he is the one who should be giving the thanks because his enlisting in the Army is one of the best decisions he’s ever made.

“There’s already a focus on thanking military service members and military families and a heightened awareness on Thanksgiving and giving back to others who are less fortunate during November. I think celebrating gratefulness isn’t limited to a certain day or month,” he said.

“People complain about the way things are here in the U.S., but I have seen people live in far worse conditions across the globe. We have it good compared to those situations. Every day that I wake up I celebrate living in this great nation. I celebrate my being a Soldier. I celebrate my beautiful family. I celebrate my being able to wake up and go about my day without threat or harm. I have a great deal be thankful for – military service, good health, my family, a great workplace, buying a home and food to eat, just to name a few. We practice gratitude all year long. This military family will always have something to be thankful for.”