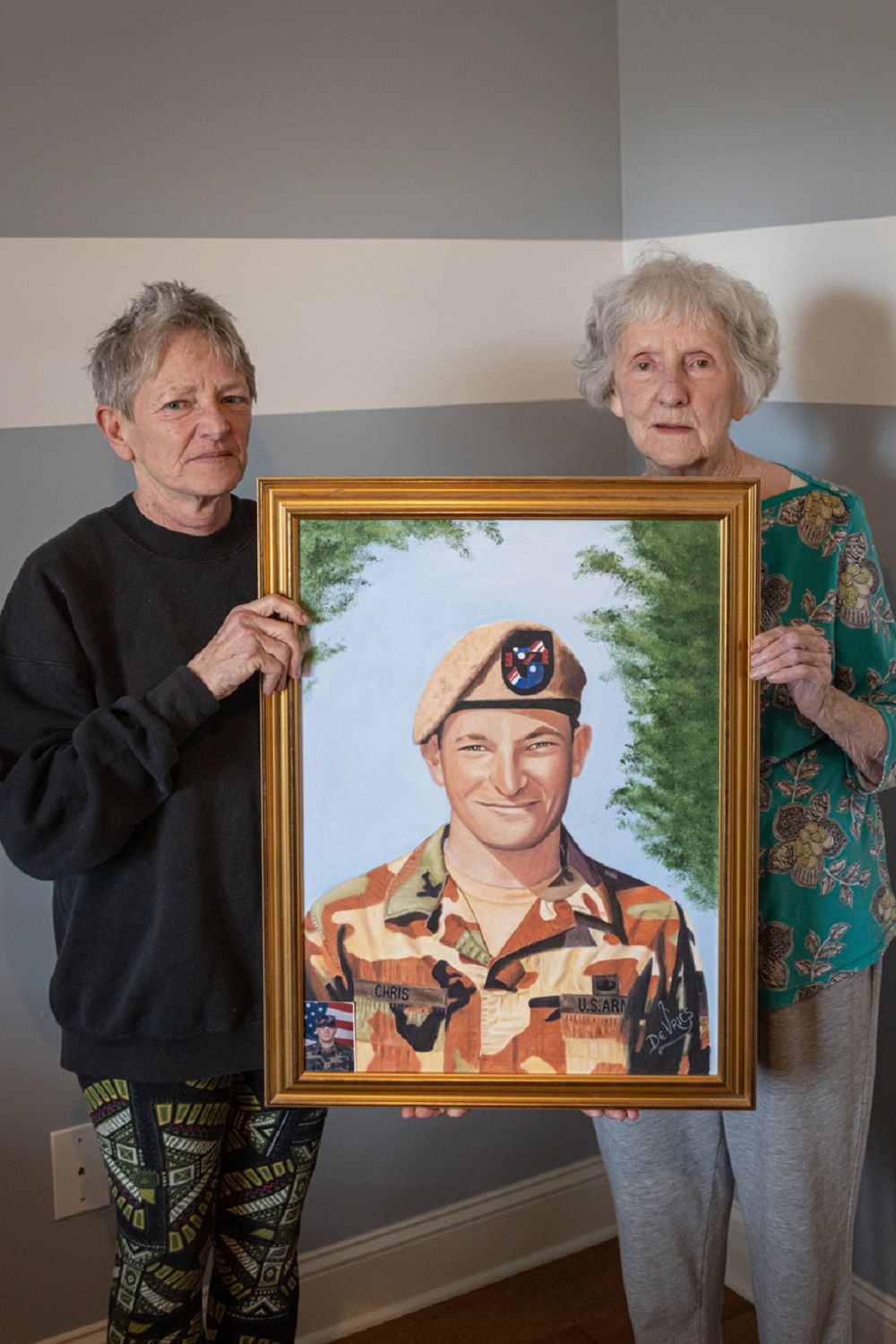 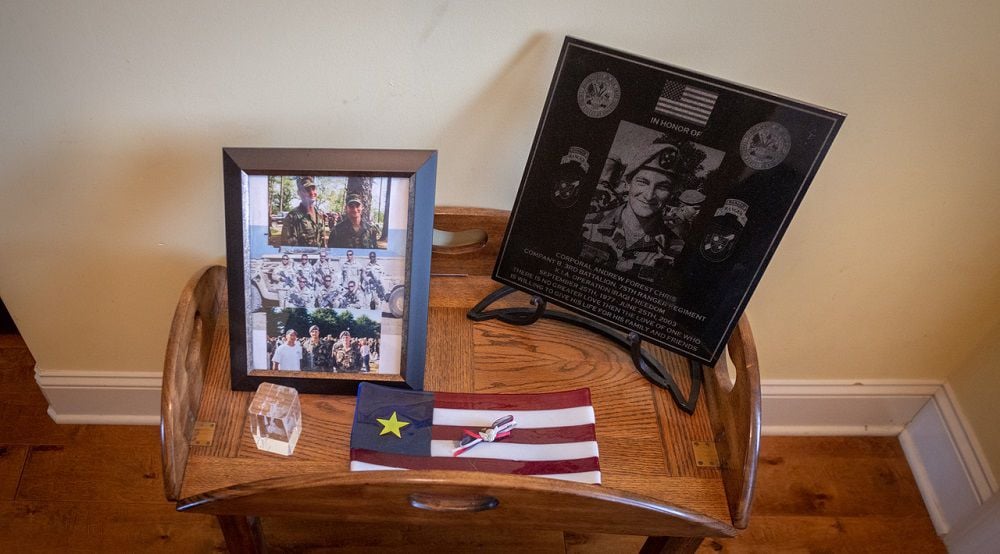 When you walk into Cheryl Chris’ house, Andrew’s mother, you’re greeted with mementos, keepsakes and memorials to Andrew.

By the door, there’s a photo of Andrew and some of the people he served with.

Andrew was an Army Ranger.

“We remember him every day,” Cheryl said.

The military was familiar to Andrew. He loved history, and oftentimes that pursuit would carry him into the story about the military. His brother, Derek, served in the Navy. His dad was in the Army. His granddad was in the Coast Guard.

“He had aspirations,” Cheryl said. “He tossed around some things. He looked at being a forest ranger or in the border patrol.

“But, then, he decided he was going to become an Army Ranger.”

Cheryl said he always was a protector.

When Andrew decided to join the Army, it was right before 9/11. He was living with his brother Derek in California. Derek’s and Andrew’s father died when the boys were young, and according to Cheryl, Derek had always felt responsible for his younger brother.

Derek wrote about his brother graduating from Ranger School in The Exponent, the student newspaper at the University of Alabama in Huntsville.

“I attended my little brother’s Ranger graduation at Fort Benning, Georgia,” Derek wrote. “He had just gone through four months or so of intense Ranger training. He spent time in the woods, in the mountains, and in the swamps, having to constantly improvise, lead and be led …

“So, on my brother’s graduation day, he was a very proud man at all of 25-years-old. He wasn’t boastful, but definitely glowing with pride of personal accomplishment.”

His grandmother, Barbara Phillips, said he was always easygoing, helpful and tried to keep the peace among his siblings.

His mother keeps a photo of him as a young boy reclining in a lawn chair, relaxed, at his aunt’s house. She says that pretty much sums him up.

The family holds on to a clear picture of Andrew’s character.

Shortly before Andrew’s final deployment, he got the chance to spend a week at home with his family.

Barbara remembers a trip back from the airport with Andrew. It was the first time he’d gotten to drive in a while.

During the trip, Barbara remembers talking about a little bit of everything with her grandson.

“That means more to me than anything,” Barbara said. “Having that time with him as he drove.”

That was in May 2003, just a few weeks before Andrew died.

After his death, Cheryl said the support from the military community was overwhelming, but she said it’s important to accept that support.

“This never goes away,” she said. “It’s a journey. There’s no closure. You live with it every single day.”