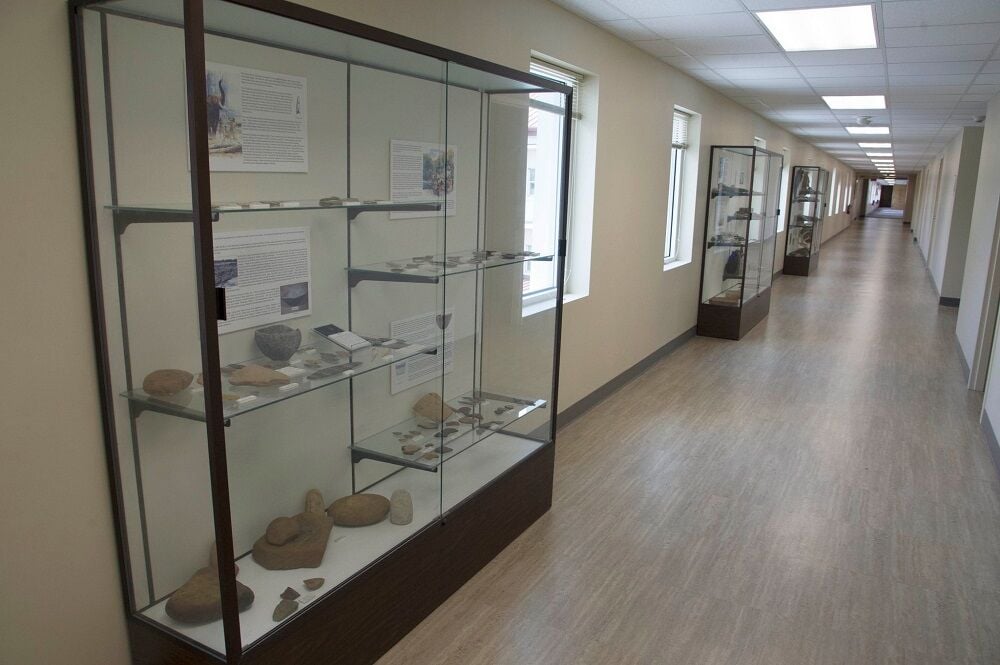 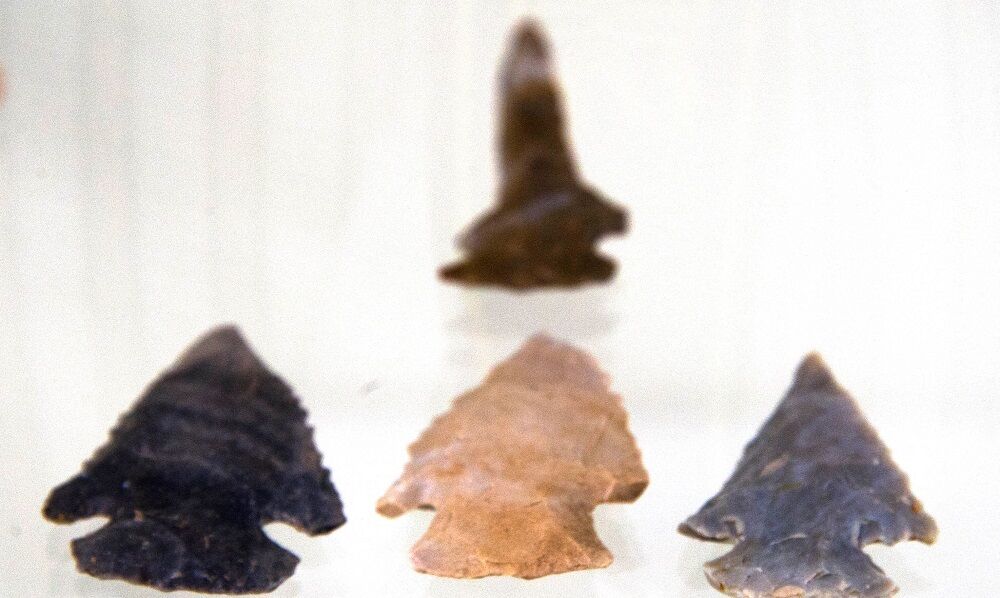 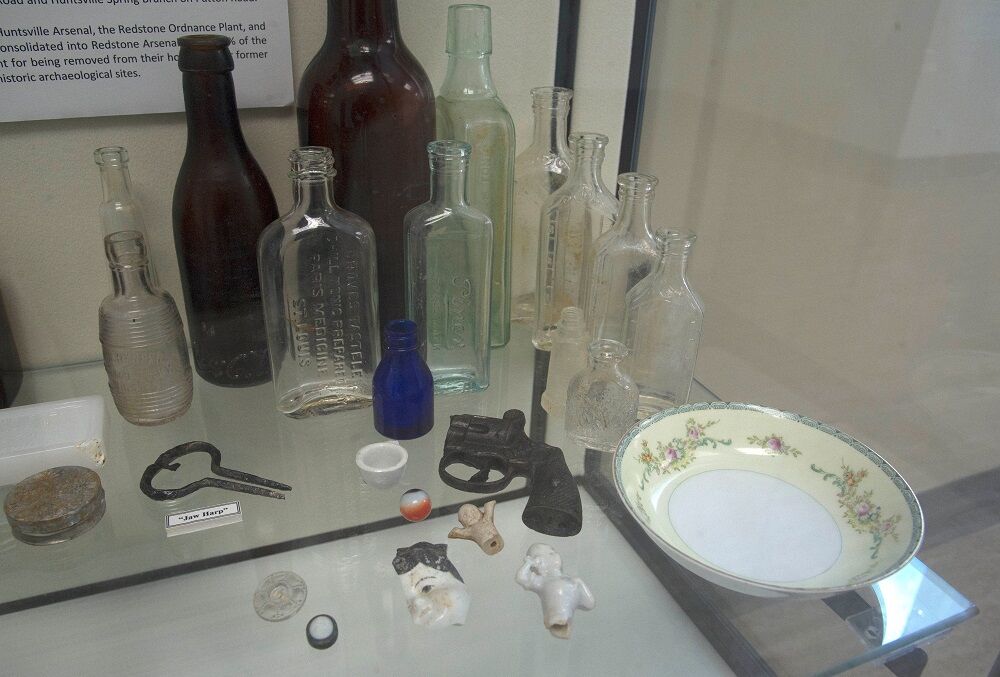 Ben Hoksbergen’s job is to preserve the artifacts that tell that story. Hoksbergen is the cultural resource manager and installation archaeologist for Redstone Arsenal, and his goal is to ensure that the 996 archaeological sites on the Army-controlled part of the Arsenal remain intact and undisturbed.

Hoksbergen has worked on the Arsenal in various capacities for a little over two decades. Much of his job now entails reviewing various installation projects to ensure that the cultural resources on Redstone Arsenal are preserved and protected.

“The biggest part of my job is reviewing installation undertakings for any potential impacts to cultural resources,” he said. This includes reviewing documents for renovations and demolitions of existing buildings as well as plans for new construction. Hoksbergen is also in the field often, surveying construction sites that are near archaeological sites, occasionally even uncovering new artifacts and sites while performing fieldwork related to other projects.

Hoksbergen’s work also requires him to work with the various stakeholders who may have some right to or interest in the sites and artifacts on Redstone Arsenal. These include descendants of families who had lived on the land before it became part of Redstone Arsenal, federally recognized Native American tribes who had a presence on the Arsenal, and the Alabama Historical Commission, an arm of the State Historic Preservation Office.

These varied stakeholders represent myriad types of archaeological sites on the installation, including prehistoric Native American camps, burial mounds, caves with signs of occupation, cabin sites from early settlers, plantations and tenant and sharecropper farms. From prehistoric times until the present age, the land on Redstone Arsenal tells the story of hundreds of generations of North Alabama’s occupants.

That rich history of occupation means that there are still unknown treasures just under the soil in many areas of the Arsenal. “Any time I go out and do fieldwork I’ll find artifacts,” Hoksbergen said. “They can be things as simple as little chips of flint that are the byproduct of some tool manufacturer in prehistoric times or pieces of glass or nails from historic activity.”

Hoksbergen does some analysis in his lab on post, which has enough equipment to catalogue, clean, process, conserve and provide microscopic analysis for artifacts. Anything that needs more intensive analysis, like radio-carbon dating, is sent to a contractor. Hoksbergen tries to hold on to some interesting artifacts to display; several are in museum-like cases on the third floor of the Garrison building 4488.

Hoksbergen also said it is important not to remove objects that are believed to be archaeological artifacts. This not only violates a federal law, the Archaeological Resources Protection Act, but also limits the amount of research Hoksbergen and future archaeologists can do.

“I think a lot of people don’t know just how much information archaeological data can provide,” Hoksbergen said. “Every new site we find is another piece of the puzzle, and every artifact on that site is another clue as to what went on there. So if someone comes along and removes a spear point, that might be the only tool like that on the site and it can tell us how old the site is, who lived there, where those people might have come from. There’s a lot of little analytical tools we can use to figure these things out.”

He told the story of a site that many had thought was a lost cause because it was previously occupied by a World War II manufacturing facility. “One of the sites that we’ve learned just a tremendous amount of information from was a site on Indian Creek that was a village site in the late-middle Woodland period, so it was occupied around AD 400 to 800,” Hoksbergen said. Although the site was believed to be destroyed by the previous construction, Hoksbergen and his team were able to find a wealth of information on the site that led them to believe that the community who lived there had likely chosen the site as a hiding place from an invading tribe.

“So, just because it doesn’t look like a significant site, or because there might just be a handful of artifacts, through careful archaeological analysis we can learn all kinds of things from the site.”

Much of Hoksbergen’s work is preserving the archaeological sites and artifacts that are found on the Arsenal. His goal is to excavate “just enough” of each site so that he can glean historical information without disrupting potential evidence. As the technology in the field of archaeology is always improving, Hoksbergen and his team want to preserve as much historical material as possible so that future archaeologists can use more precise technology to glean even more information.

He encourages anyone who finds something they believe to be a historical artifact on the Arsenal to leave the item where it is, take note of their location, and reach out to him at 955-6971 or email benjamin.j.hoksbergen.civ@mail.mil.