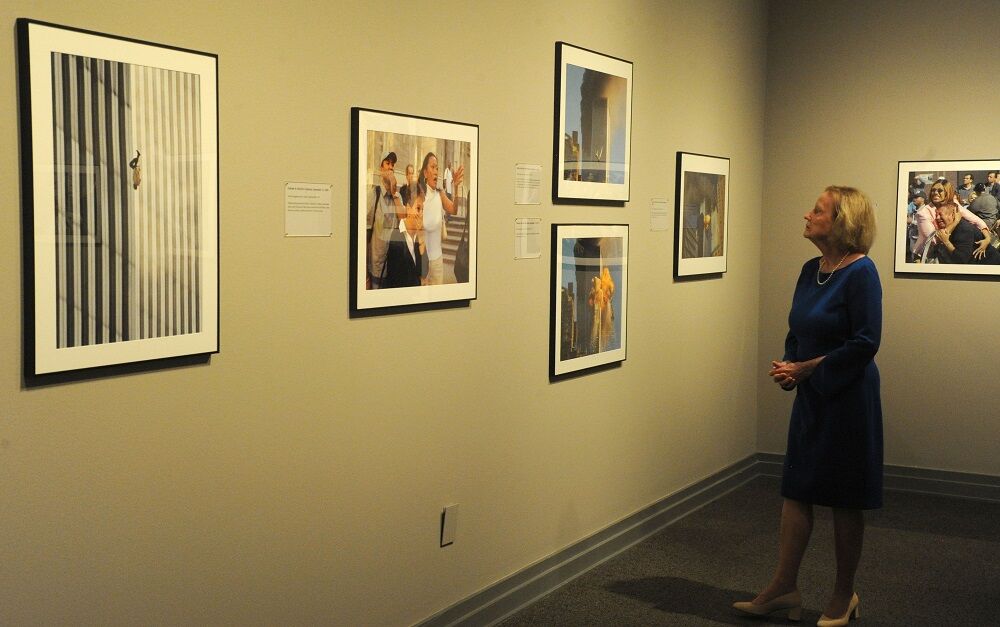 Connie Stephens, of Huntsville, looks at photographs during the opening of “9/11 and Beyond” at the Huntsville Museum of Art Thursday night. 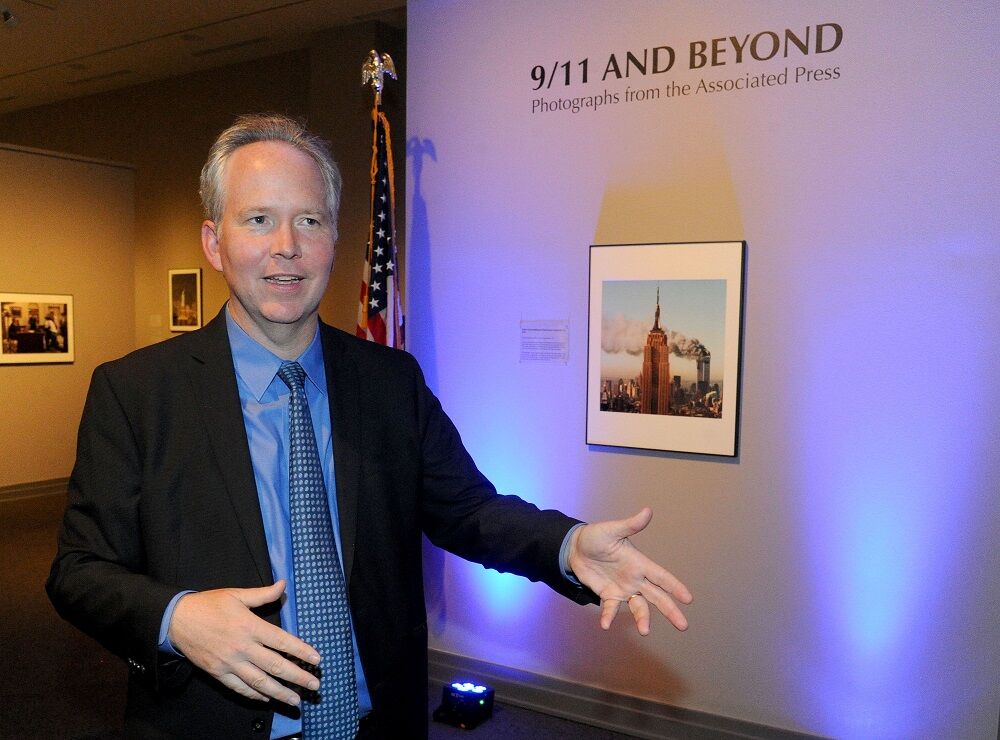 Todd Smith talks about his experiences at the World Trade Center on 9/11 and the aftermath in American policy and politics.

Connie Stephens, of Huntsville, looks at photographs during the opening of “9/11 and Beyond” at the Huntsville Museum of Art Thursday night.

Todd Smith talks about his experiences at the World Trade Center on 9/11 and the aftermath in American policy and politics.

As the nation reflects on the 20-year anniversary of the 9/11 attacks, Huntsville community members are invited to view a new exhibition at the Huntsville Museum of Art in honor of the anniversary.

An exhibit of 50 curated Associated Press photos titled “9/11 and Beyond: Photographs from The Associated Press” opened at the Huntsville Museum of Art Sept. 11 and will remain on display until Nov. 28.

“This exhibition captures New York City at its most vulnerable moment,” Huntsville Museum of Art Executive Director Christopher Madkour said. “As our nation solemnly reflects on this year’s 20th anniversary of 9/11, we continue to mourn the many lives lost and families left grieving. We hope that this exhibit will help visitors remember and mourn one of this nation’s biggest tragedies.”

The museum hosted a lecture and reception Thursday night featuring Todd Smith. Smith, deputy associate chief counsel, New York, for U.S. Customs and Border Protection, was working in the World Trade Center on Sept. 11, 2001 and received commendations from the commissioner of the U.S. Customs Service and the General Counsel of the Department of the Treasury for his actions on 9/11, which included ensuring a disabled person was safely evacuated from the tower.

Smith’s lecture focused on a recap of the events of Sept. 11, 2001 in which he described his personal experiences that day. He also highlighted the ways in which 9/11 changed U.S. government in the two decades following, from legislation like the USA PATRIOT Act to the creation of the Department of Homeland Security.

Access to the exhibit is included with a museum membership or non-member ticket, which costs $12 for adults, $5 for children, and $10 for seniors, active-duty military and educators. More information can be found at hsvmuseum.org.