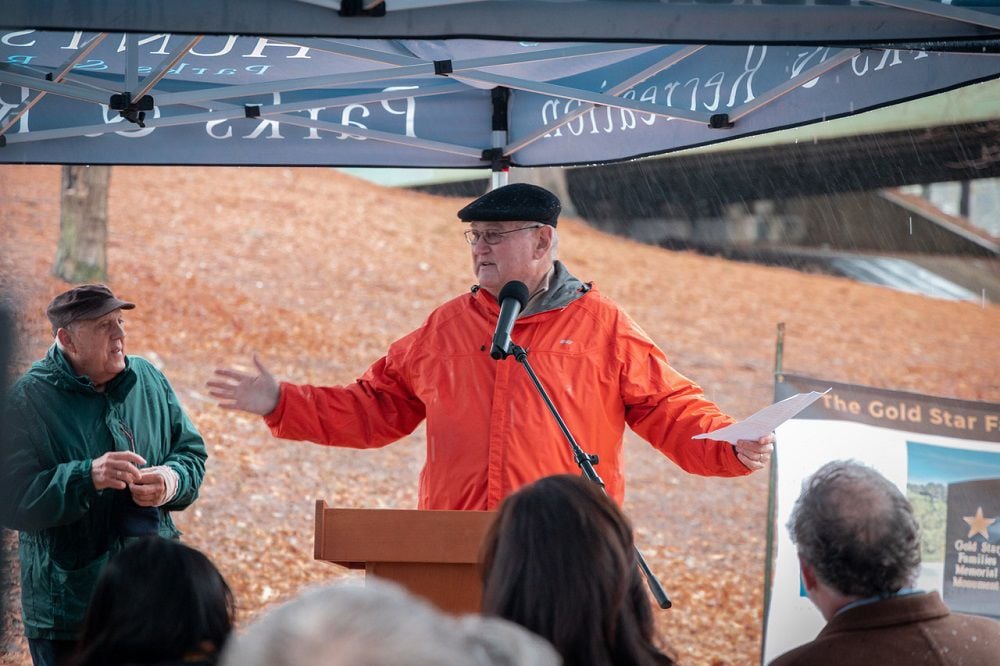 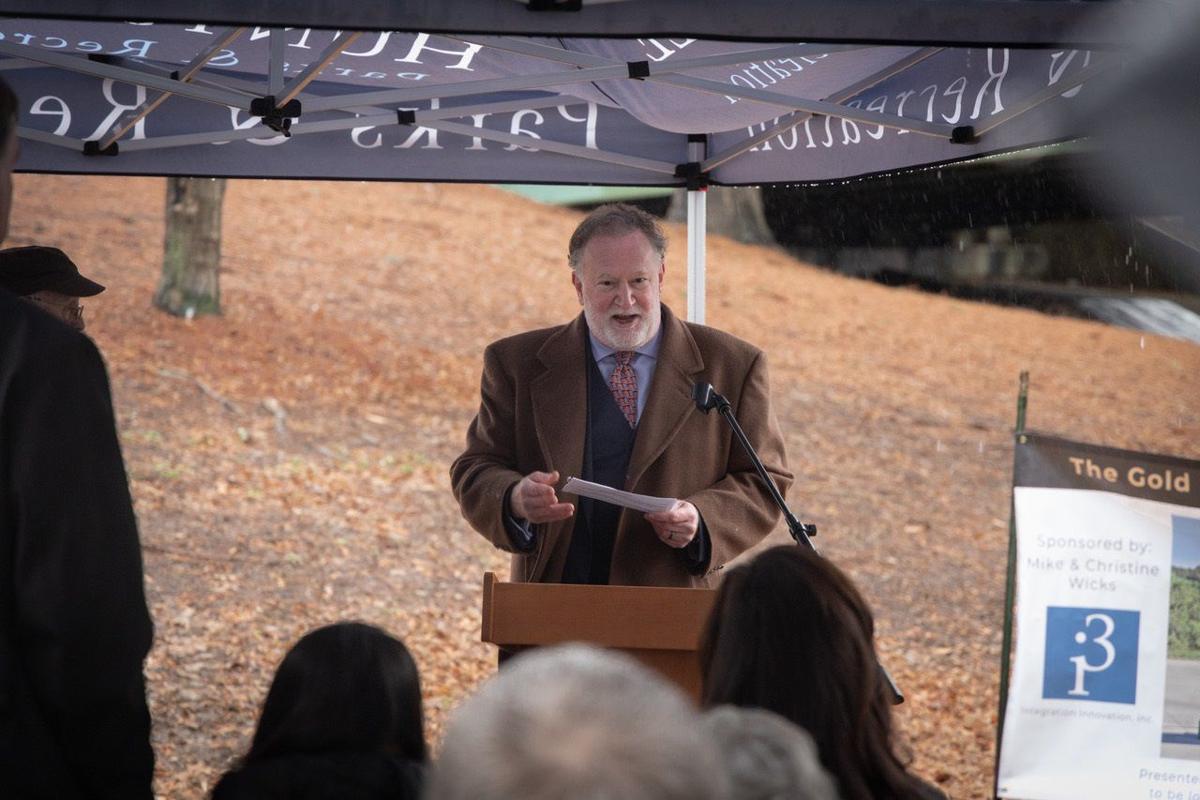 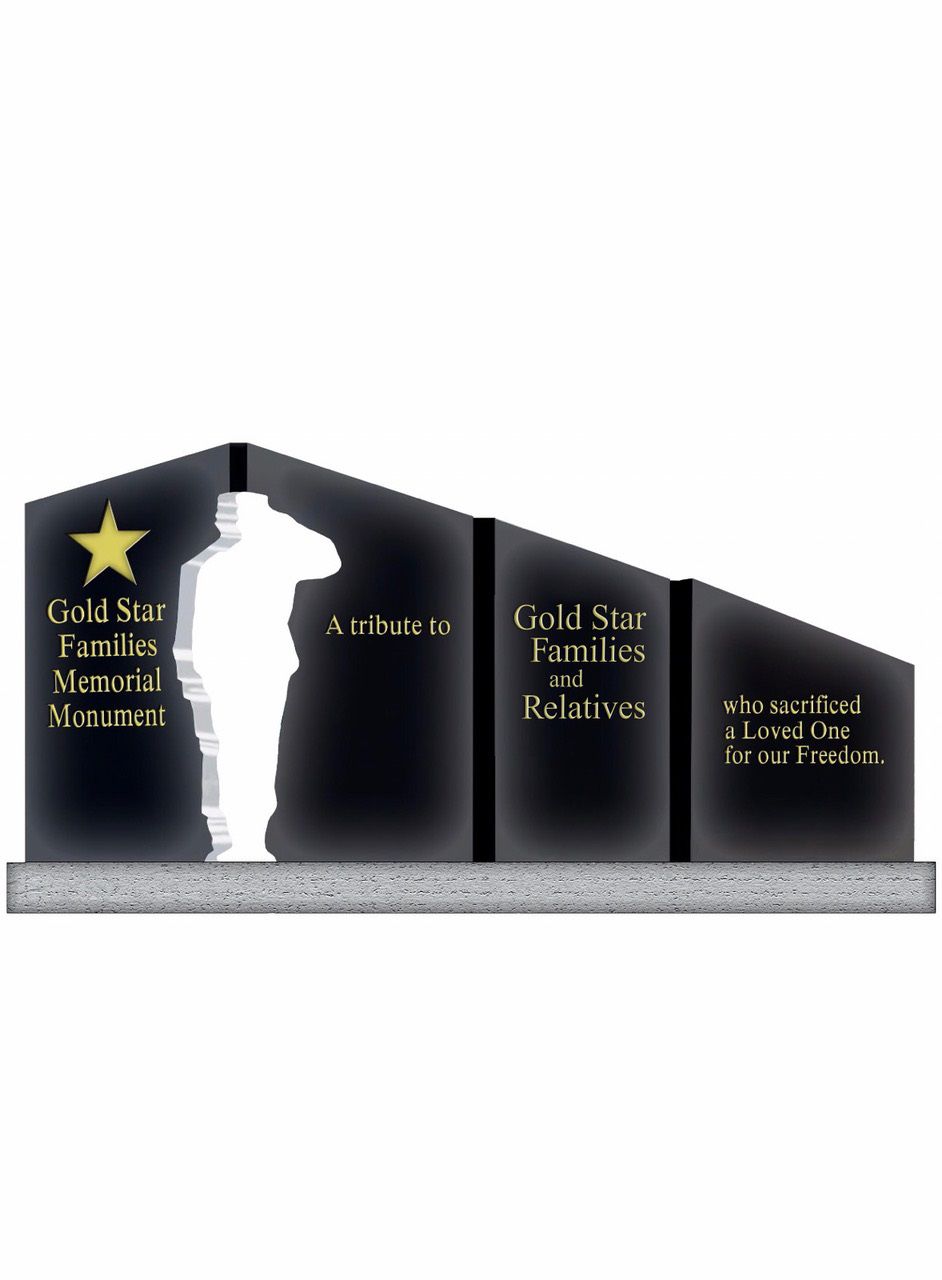 Last year, Marshall Eubanks, a retired colonel, sat reading a copy of The American Legion Magazine when he came across a blurb about a Gold Star Families Memorial Monument.

“I never heard of that,” he said. “So I went to the website and spent an hour looking at the monument, looking at what (The Hershel “Woody” Williams Medal of Honor Foundation does), looking at where they’ve been put in, and I thought: Huntsville needs one of these things.”

On Thursday, the Alabama Gold Star Families Memorial Monument Committee, chaired by Eubanks and his co-chair Julie Kink, announced Huntsville would get one of those things.

It took some work to get to this point – and a large donation.

Permissions to build the monument were sought from the Huntsville-Madison County Veterans Memorial and the City of Huntsville.

And on Thursday, they signed a contract with Bailey Granite and Monuments, a company based out of Kentucky who builds the specific monuments, and some documents with the foundation to begin the process.

That’s also when the committee revealed its major donor, Mike Wicks, CEO of I3, and his wife Christine, a local real estate agent. The Wicks’ donation allowed the committee to have the funds they needed to secure the monument, but the group will need more. They are raising money through direct donations, and they have plans to sell brick pavers around the plaza.

It will be the first Gold Star Families Memorial Monument in Alabama. It’s estimated, according to Eubanks, there are around 6,000 Gold Star family members in Alabama.

“The Huntsville-Madison County Veterans Memorial is stunning, and it is so all-encompassing, and it honors veterans from all wars, all service members and local people, but the missing piece out there, I guess, is those that were left behind,” Kink said.

Now they have a monument, too.

According to the Hershel “Woody” Williams Medal of Honor Foundation’s website, 59 monuments have been dedicated, 68 are in progress, and 46 states have at least one.

The monument will consist of four panels made from black granite. Each side will have a different inscription. One side will have the words Goldstar Families Memorial Monument, a tribute to Gold Star Families and Relatives who sacrificed a loved one for our freedom, inscribed across the four panels. The other side of the panels will have the words Homeland, Family, Patriot, and Sacrifice and depict images that reflect the community.

The goal is to have the monument installed by the end of 2020. But choosing the images to go on the panels is the group’s next task. They plan to enlist the help of several Gold Star families.

Donations can be made via http://hmcvm.org by navigating to the Gold Star Families Monument page.