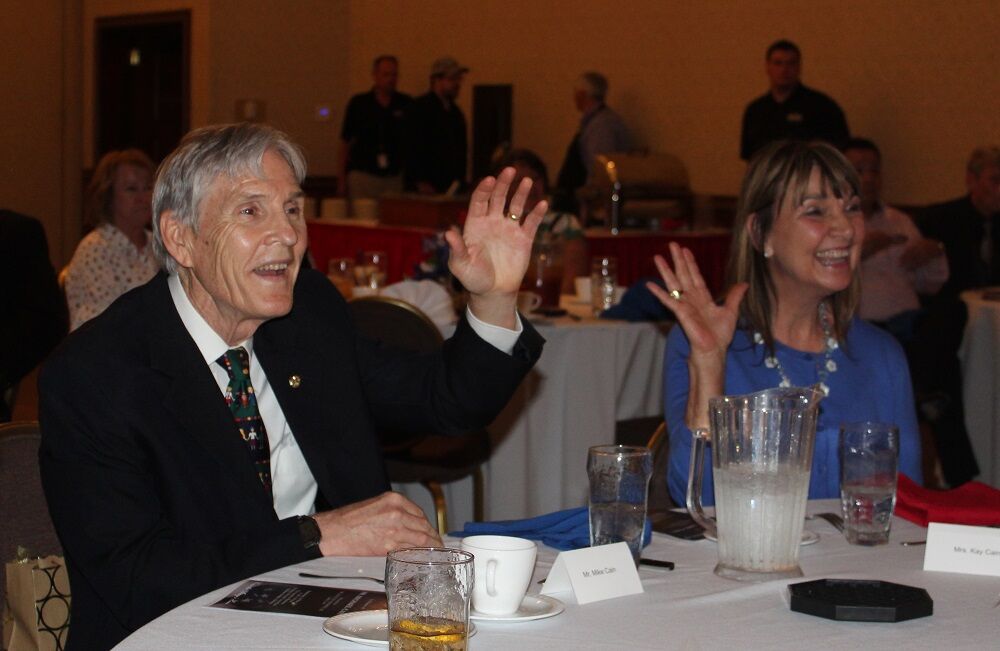 Mike Cain, the retiring chief of Family and Morale, Welfare and Recreation for Installation Management Command-Sustainment, and his wife, Kay, wave to their grandchildren via Zoom during his retirement ceremony at The Summit. 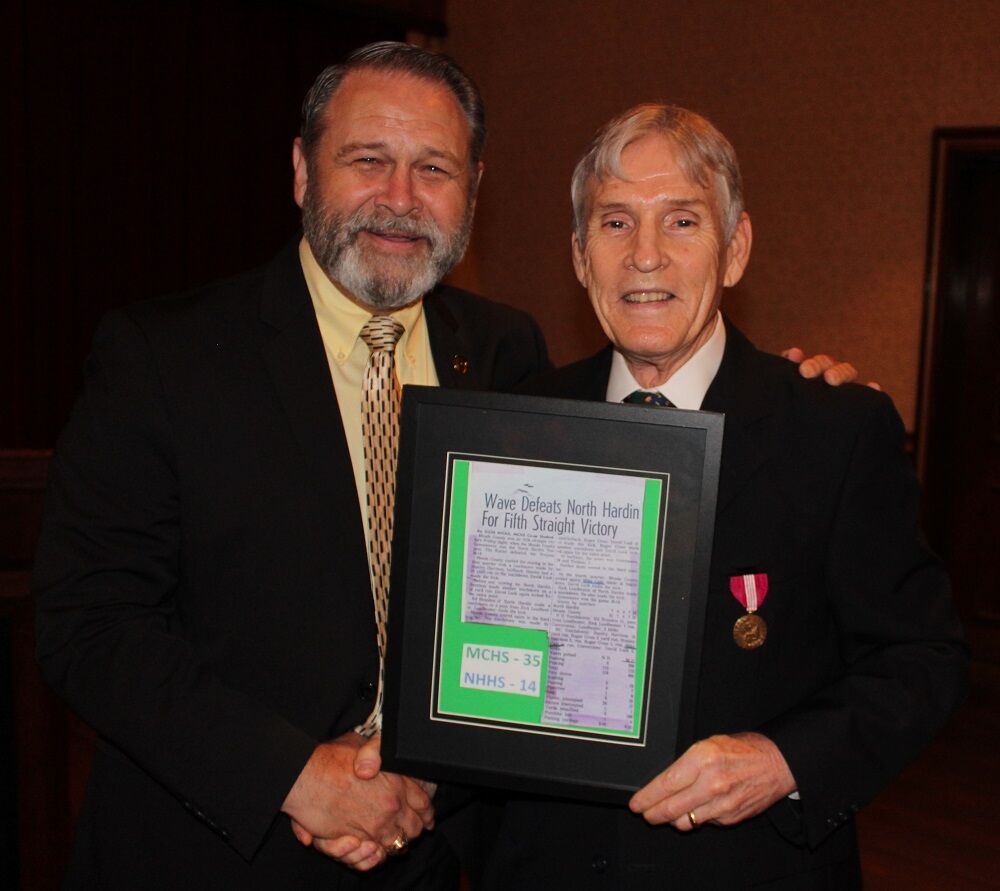 Mike Cain, the retiring chief of Family and Morale, Welfare and Recreation for Installation Management Command-Sustainment, and his wife, Kay, wave to their grandchildren via Zoom during his retirement ceremony at The Summit.

After four and a half decades of government service, Mike Cain had many people he wanted to thank.

He said they made him who he is today. Cain retired as the chief of Family and Morale, Welfare and Recreation for Installation Management Command-Sustainment. Since November 2016 he provided FMWR Directorate support to 27 garrison FMWR programs spanning seven Army commands located in 19 different states and one foreign country.

His retirement ceremony luncheon was held May 26 in The Summit.

“It’s just like a mural, like a collage,” Cain said of his 46-year career which included three years as a first lieutenant. “So many people, places and things. You remember the song by John Lennon and Paul McCartney ‘In My Life’? That’s what it is. When you span four and a half decades working with so many people, they become a part of you. Just like a collage. All those pieces put together. You’re made up of so many things. And that’s what you become.”

His focus has been “people always, mission first.” But he said his mission now is “Florida bound” as he and his wife move to Rockledge, Florida, to be with their daughters and grandchildren.

Cain and his wife of 49 years, Kay, have lived at Redstone the past four years. They have two daughters, April and Autumn, and three grandchildren, Ben, 16, Winnie, 13, and Sawyer, 7.

Thirty-seven people attended the luncheon in The Summit ballroom and 57 others watched virtually via Teams and Zoom. The Cains waved to their grandchildren via Zoom during the ceremony.

Davis Tindoll, director of IMCOM Sustainment, presented Cain the Meritorious Civilian Service Medal and the certificate of retirement. He also shared memories of his friend for over 50 years. They played high school football against each other in Kentucky just outside of Fort Knox. Cain’s Meade County team beat Tindoll’s North Hardin team, 35-14.

“You will be remembered as someone who’s made a difference,” Tindoll said. “And you will be missed.”

Cain, 69, from Brandenburg, Kentucky, grew up in an Army family as the son of a noncommissioned officer. He was a distinguished military graduate from ROTC at Eastern Kentucky University where he earned his bachelor’s and master’s of science in recreation and park administration.

After serving in the Army 1974-77, he became a community MWR outdoor recreation programmer in May 1979 at Fort Knox. His career took him to Germany, Florida, Texas and finally Alabama.

“It’s been a lot of moves,” Cain said. He counted nine permanent change of station moves in four and a half decades.