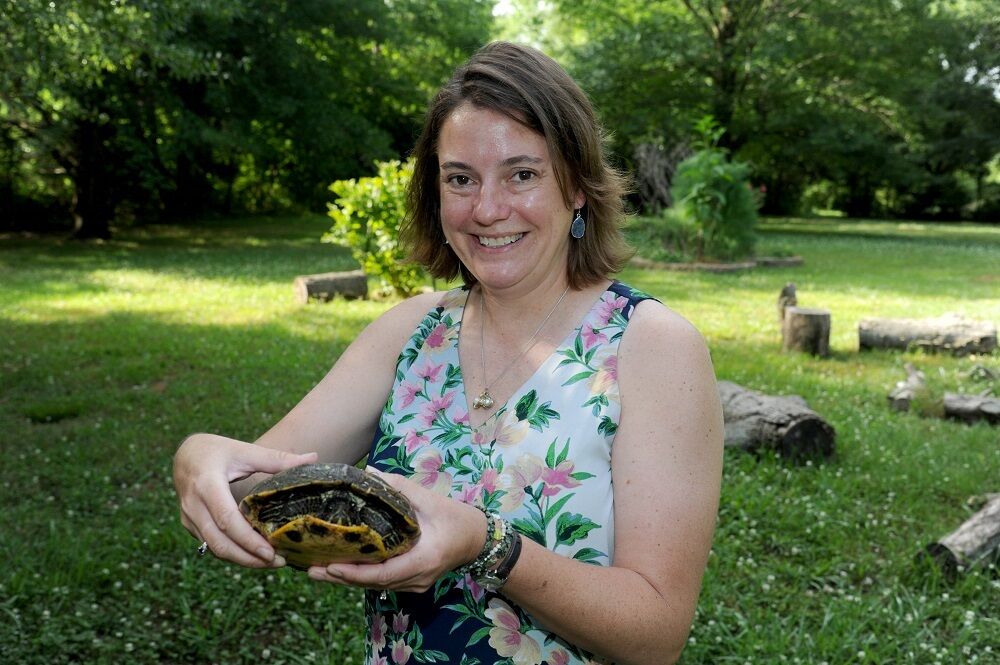 Christine Easterwood, ecologist for the Garrison, holds a Pond Slider turtle found on Redstone Arsenal’s Path to Nature on the southern end of the arsenal along the Tennessee River on Thursday, May 27, 2021 on Redstone Arsenal, Ala. (Eric Schultz / Redstone Rocket) 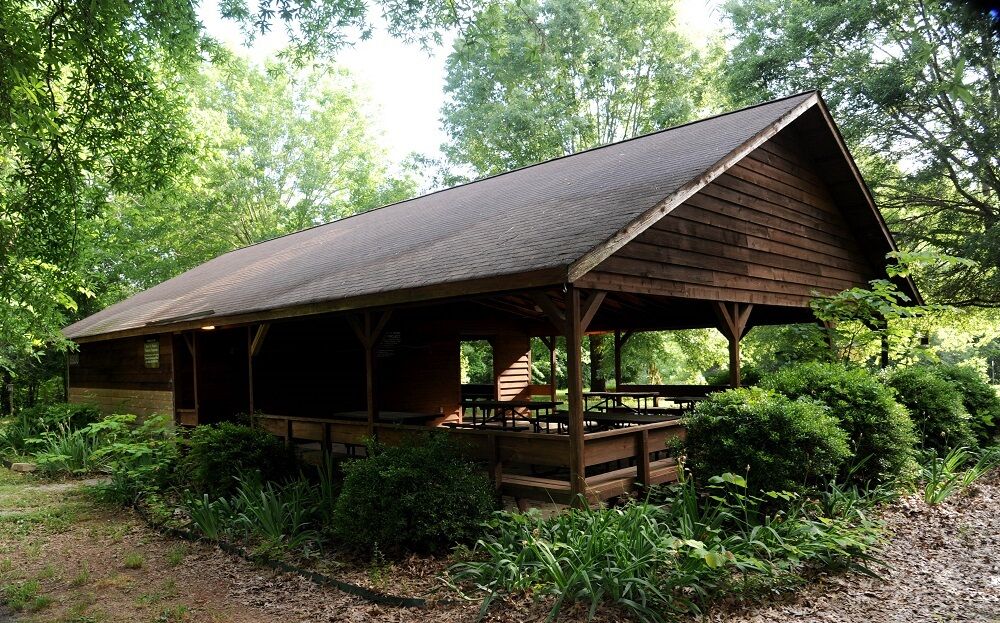 Redstone Arsenal’s Path to Nature on the southern end of the arsenal along the Tennessee River on Thursday, May 27, 2021 on Redstone Arsenal, Ala. (Eric Schultz / Redstone Rocket)

Christine Easterwood, ecologist for the Garrison, holds a Pond Slider turtle found on Redstone Arsenal’s Path to Nature on the southern end of the arsenal along the Tennessee River on Thursday, May 27, 2021 on Redstone Arsenal, Ala. (Eric Schultz / Redstone Rocket)

Redstone Arsenal’s Path to Nature on the southern end of the arsenal along the Tennessee River on Thursday, May 27, 2021 on Redstone Arsenal, Ala. (Eric Schultz / Redstone Rocket)

More time at home during the pandemic allowed many of us to pay extra attention to our outdoor spaces, but the ecologist at Redstone Arsenal had the opposite problem – and she’s hoping volunteers can help turn things around.

Teleworking allowed Christine Easterwood to cover her office duties, but prohibited her from tending to one of her favorite projects, the Path to Nature on the Arsenal’s south side near the Col. Carroll D. Hudson Recreational Area.

Built in 1995 and funded by the DOD Legacy Resource Management Program, the 72-acre nature observatory is visited during a typical year by hundreds of area school children.

The Path to Nature is literally just that, with one path leading to a tupelo wetlands area, and another leading to a deck that overlooks a pond. Permanent “ecological concept signs” along the way educate students about the abundant flora and fauna teeming at the area.

The grounds also feature picnic tables, bathrooms, and a covered outdoor classroom with electrical outlets and workstations for students.

Even before the classroom was built and the path was named, Huntsville City Schools introduced students to the wetlands on field trips through EARTHSCOPE, its environmental education program.

The following year, the Legacy program funded the design and construction of a “watchable wildlife site” in the area with an interpretive trail.

Construction was funded by the Army Community of Excellence and the Garrison, Easterwood said.

The Path to Nature opened to Huntsville city and Madison and Madison County schools in 1995.

On a recent visit to the Path to Nature, she spotted a slider turtle that appeared to be nesting, multiple rabbits, and a piliated woodpecker, on or near the wetlands.

Wood ducks frequent the wetlands during nesting season and often make use of artificial nest boxes, Easterwood said. “When they grow big enough, the babies bail out, fall to the water and start swimming.”

The emergent wetland and pond on the grounds “is a great place to see herons,” she said. “Bird lovers love to come down here and enjoy the diverse array of species.”

Earth Day is usually the biggest day of the year at the Path to Nature, but April 22 events were canceled in 2020 and 2021 due to the pandemic.

Easterwood hopes by the time Earth Day 2022 rolls around, the area will have once again reached its potential.

It is showing some wear and tear, especially after a year in which it was given little attention.

The boardwalk that led to the tupelo wetlands recently had to be demolished because the rise and fall of the water compromised it structurally and made it unsafe, Easterwood said.

There is currently no sustainable funding available for maintenance of the property. “Just to clean up what we’ve got would be really invigorating,” Easterwood said.

While the grounds have been mowed regularly during the pandemic, other maintenance issues were ignored. Easterwood has tried to manage the overgrowth of privet and other invasive species along the path, and weeds in wooden plant containers, but Mother Nature is winning the battle.

Handmade flower boxes that once beckoned bees and butterflies are now dominated by clover and other weeds.

Opportunity is knocking for volunteers, either individuals or groups, to help improve the Path to Nature in time to welcome visitors this summer, and students back in the fall.

Volunteers can plant flowers, weed gardens, put up bird houses, clear the paths of debris, and the list goes on, Easterwood said, emphasizing that all planting and other work must be approved through her office.

Easterwood came to the Arsenal in 2007 after earning her master’s in wildlife biology at Auburn University.

She and her husband, Jud, a supervisory wildlife biologist for the state of Alabama, have three children, Leah, 9, Grayson, 7, and Bryce, 5.

Anyone interested in volunteering at the Path to Nature is encouraged to call Easterwood at 842-8697, or email her at christine.f.easterwood.civ@mail.mil.