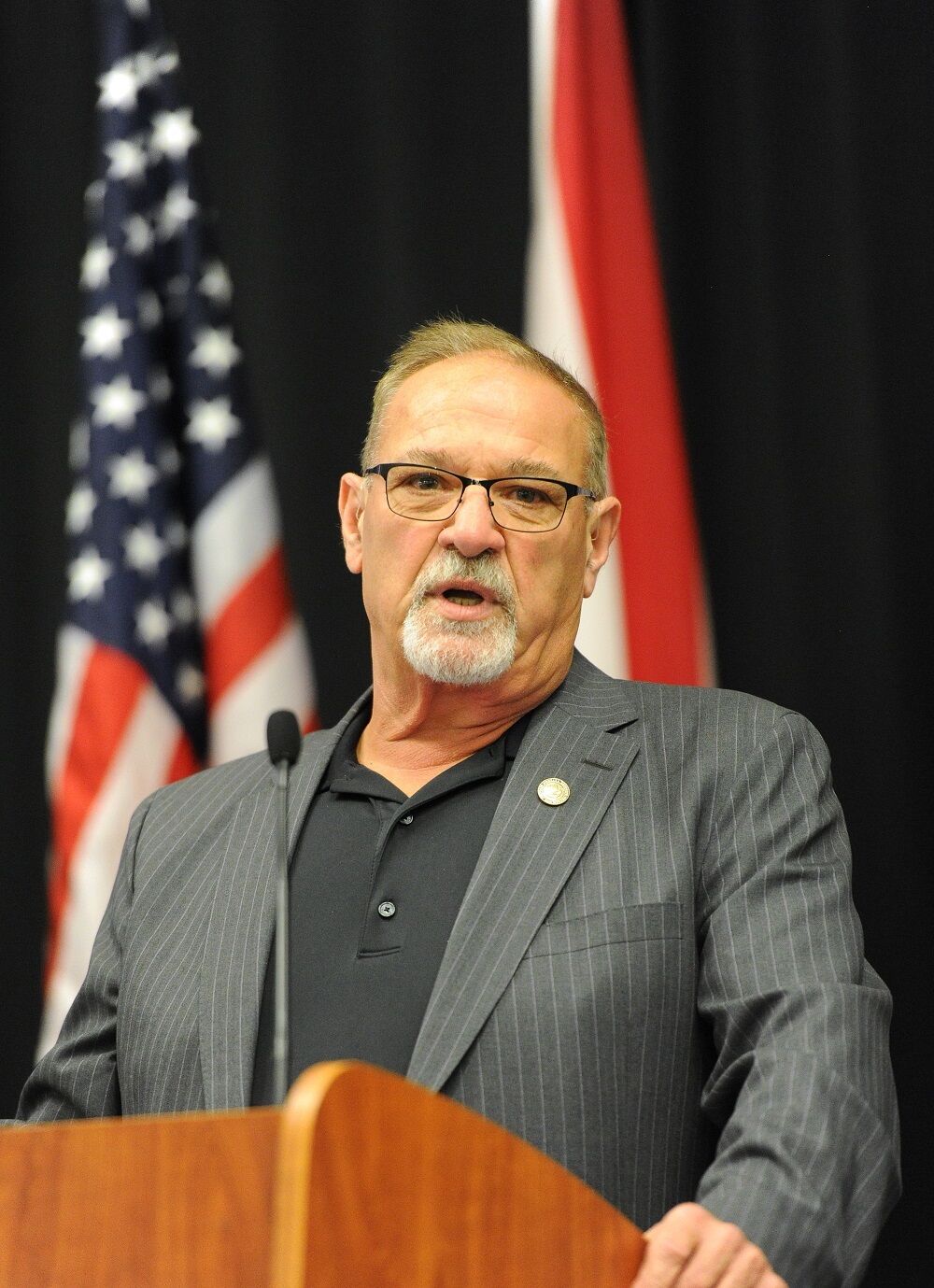 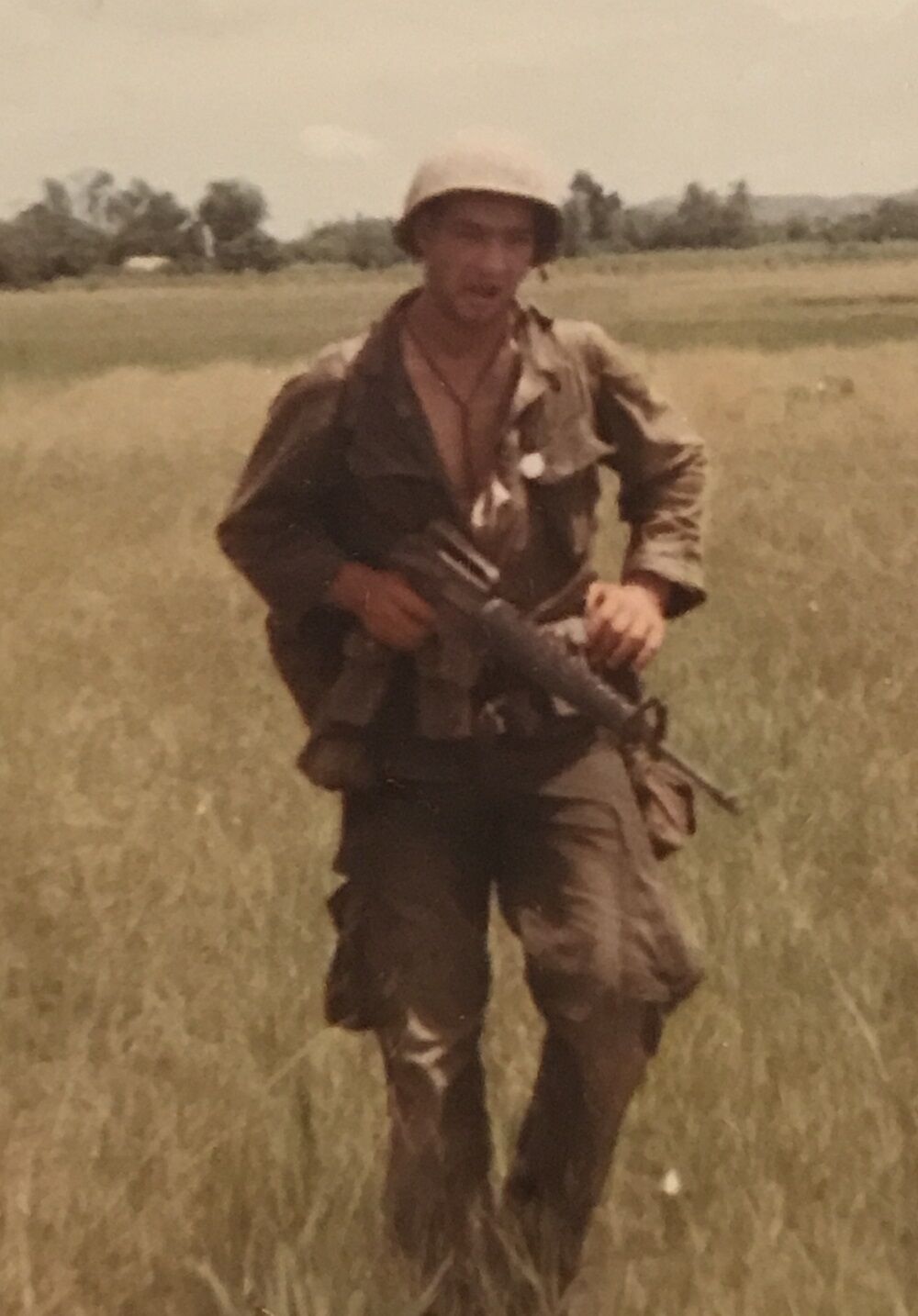 He was born in Sicily and came to the United States when he was 11. In Niagara Falls, New York, he didn’t care much for school but became an avid reader.

Joe Bongiovanni read much about history and about World War II. He became fascinated with the Marines in the Pacific. He would stay up late so he could watch the scenes of the Iwo Jima flag raising as the television networks signed off for the night.

“I wanted to become a Marine from a very young age,” Bongiovanni said.

He joined the Marines Feb. 9, 1967, in Niagara Falls as the Vietnam War raged. Bongiovanni spent 12 and a half months with the infantry in Vietnam from 1967-68. He wouldn’t become a naturalized U.S. citizen until 1975.

“Well it was a lot of excitement, a lot of anxiety,” he said of his war experience. “A lot of combat. Saw a lot of our brothers getting killed and wounded.”

Bongiovanni, who moved from Madison to Arley in 2016, has traveled the world since then without meeting people from his hometown Niagara Falls. But curiously he encountered four people from there while he was in Vietnam. On the very first day he arrived, he saw a guy reading the Niagara Falls Gazette newspaper. Bongiovanni had gone to school with him.

“What are the odds of that happening?” Bongiovanni mused.

He arrived in Vietnam in late August 1967 and left Sept. 9, 1968. He served in the 1st platoon of Bravo Company, 1st Battalion, 3rd Marines, 3rd Marine Division. They were called a special landing force, a special reaction force. When other units got into a tough spot, Bravo Company would be alerted and would get inserted mostly by helicopter and a few times by landing craft. With their operations based in Quang Tri, they were on the move up north in the I Corps. They were right on the North Vietnam border and were constantly receiving incoming rockets and mortars.

“We were called grunts. We were the ground pounders,” Bongiovanni said.

The elements were harsh. There was stifling heat. There were viruses and other diseases. There were insect bites. Jungle rot would infect your feet. The temperature would drop considerably at night and it would get cold. In the monsoon season, it would rain constantly. “But your body becomes acclimated to it,” Bongiovanni said.

“It could be quiet. Then all of a sudden, all hell would break loose,” he said.

His unit was involved in major engagements like the Tet Offensive in January 1968 and the Battle of Dai Do, that April 30 to May 3, when it took heavy casualties.

“Sometimes I think about it and I shudder. About all the times I came close to dying. And you think why did I make it and so many didn’t and sacrificed their life.”

Bongiovanni, who received the Combat Action Ribbon, left the Marines as a corporal in 1970. He lived in Madison from 2000-16 and was instrumental in starting Heroes Week in 2007 with the Semper Fi Community Task Force.

At 72 he resides on Smith Lake in Arley with his wife of 40 years, Denice. They have two sons – Christopher, of Madison, and Jon, of Jasper – and a granddaughter. Bongiovanni is a managing partner of Scott Crump Toyota in Jasper where Jon is manager of the sales department.

He enjoys fishing, going out on his pontoon boat and he’s learning to play the guitar. He belongs to the Marine Corps League, the 3rd Marine Division Association, the Veterans of Foreign Wars and the American Legion.

Bongiovanni shared his thoughts on this nation’s commemoration of 50 years since the Vietnam War.

Editor’s note: This is the 285th in a series of articles about Vietnam veterans as the United States commemorates the 50th anniversary of the Vietnam War.