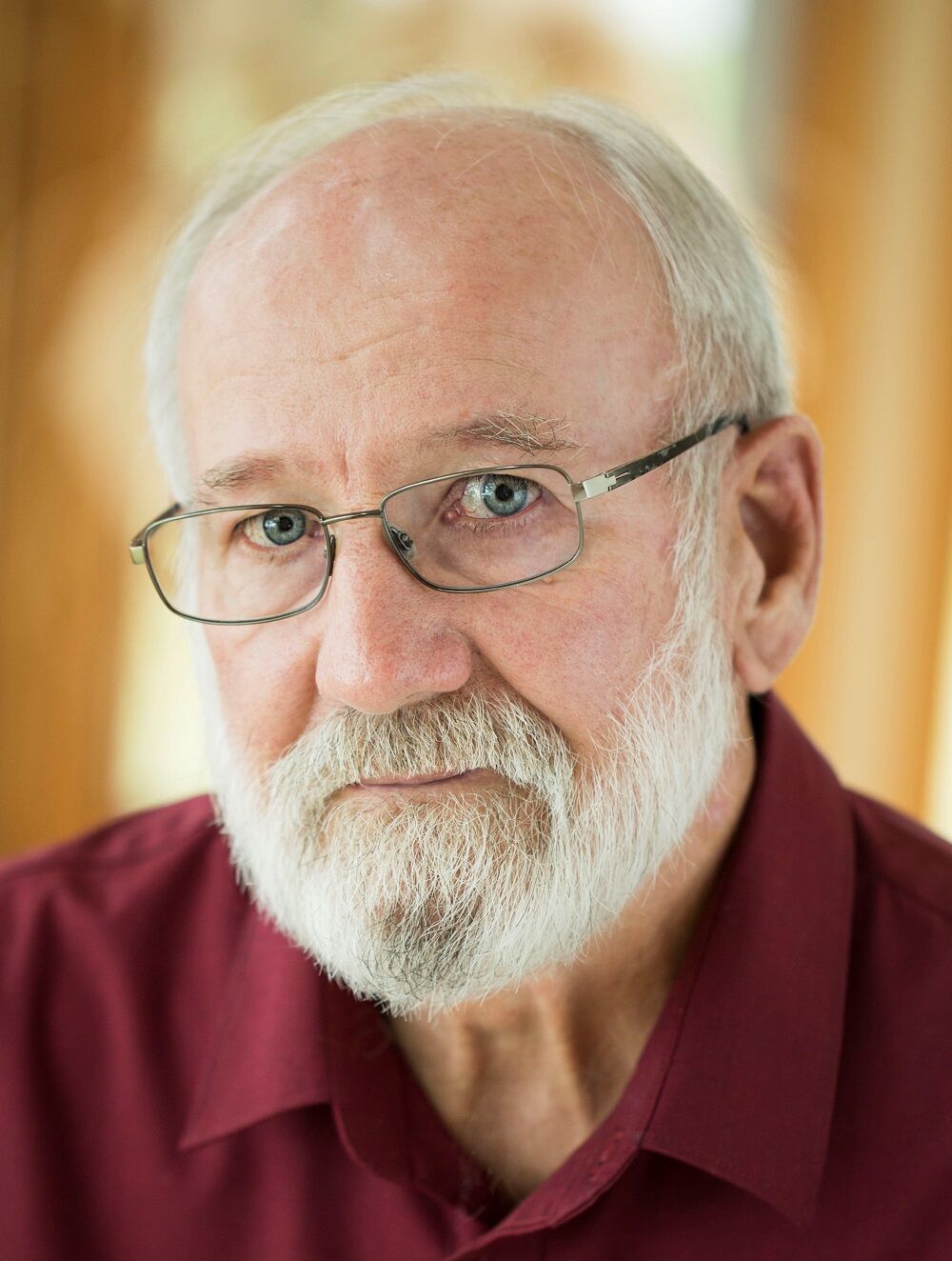 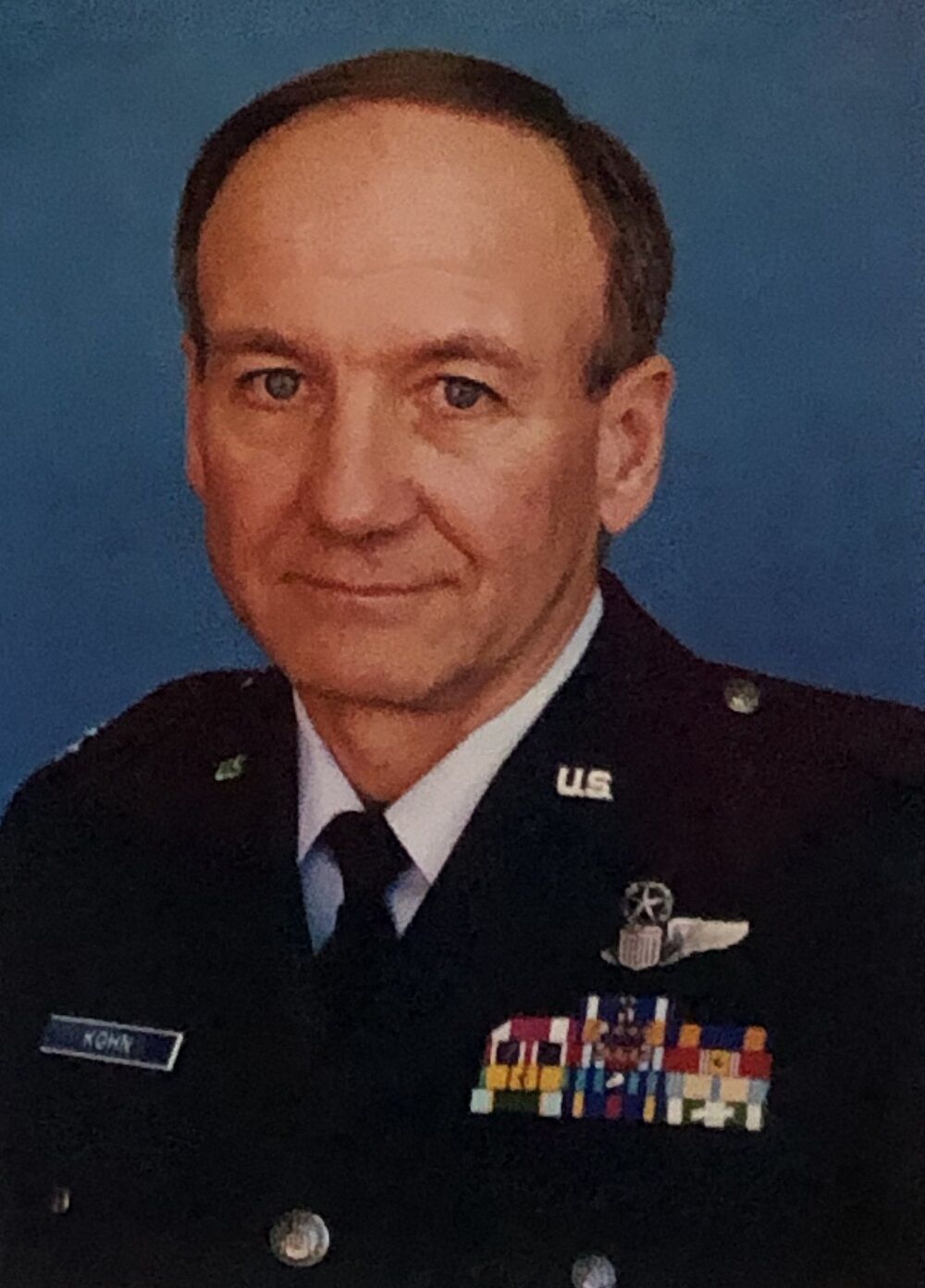 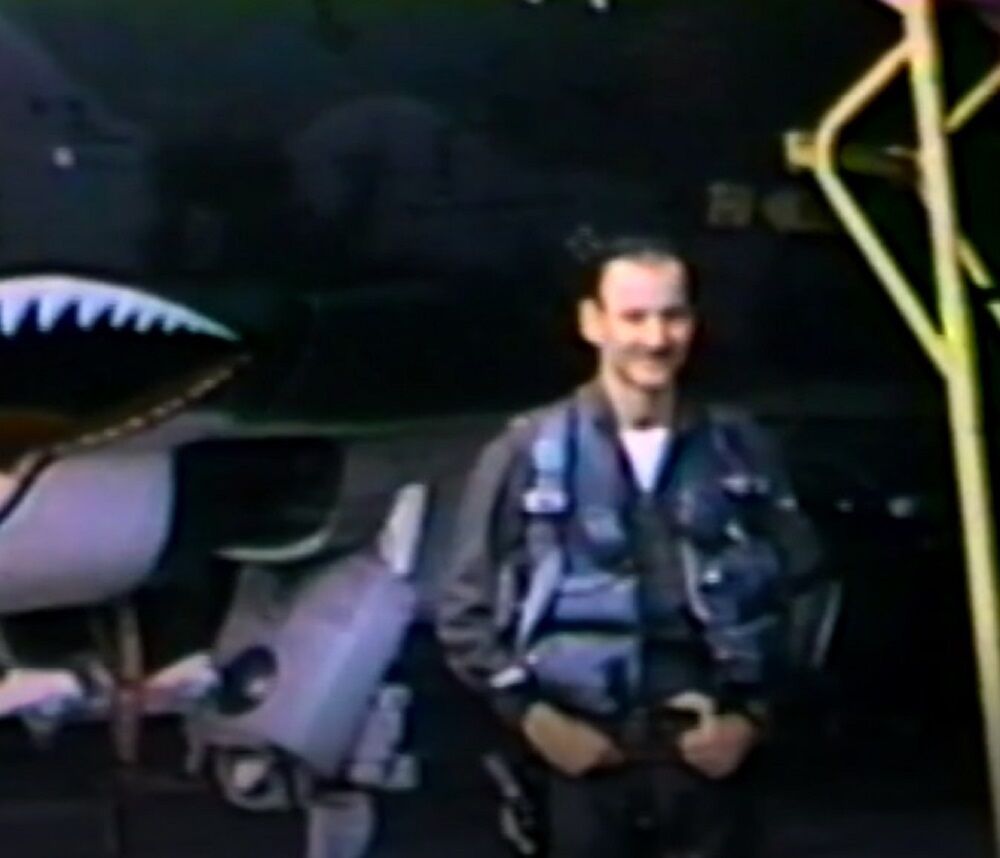 His journey began when he had to rewrite a paper for English class as a high school senior in Reeseville, Wisconsin.

George Kohn decided to research his topic on the investigation of aircraft accidents. He wrote a letter addressed to anyone at Truax Air Force Base in Madison, Wisconsin. It landed on the desk of the base safety officer who happened to be an F-102 pilot. The pilot invited Kohn to visit the base. He picked Kohn up for a tour and returned him home the next day. Kohn, a less than stellar student, got a passing grade on his paper and completed the class.

That summer Kohn was combining grain in a backfield of his dad’s farm in Reeseville. At 17 he was the youngest of three children of Hilbert and LeIlla Kohn. As the lone son, he was destined to become a farmer like his dad and take over the 160-acre farm.

Suddenly an F-102 fighter flew low and fast right over his dad’s farm. It was like cupid’s arrow into the heart of the future farmer. He decided to become a fighter pilot.

“I thought it was very inspiring,” Kohn said of seeing the F-102.

Contrary to his parents’ wishes, he pursued his dream and left the farm.

“It’s kind of happenstance that it all worked out like it did. I guess some things are just meant to be,” he said.

Kohn went to the University of Wisconsin and entered Air Force ROTC. His parents remained optimistic that he would eventually return to the farm, especially when he got married after his freshman year. But Kohn stayed in school. In 1967 he earned his bachelor’s in geography and received his commission as an Air Force second lieutenant.

He earned his wings in January 1969 after flight training at Reese Air Force Base in Lubbock, Texas. Because of his high class standing, he got assigned to the F-4 Phantom. He finished his readiness training unit that October at George Air Force Base in Victorville, California.

In November 1969 he went to Vietnam as an F-4 pilot with the 366th Tactical Fighter Wing, known as “The Gunfighters,” at Da Nang air base. He flew the F-4E in the 421st Tactical Fighter Squadron.

“Initially when I got there in November we were flying interdiction missions into Laos on the Ho Chi Minh trail,” he said. “And then when the rainy season hit Laos, our objective changed to more close air support missions in South Vietnam supporting the U.S. troops on the ground.”

They did a variety of other missions. On May 1, 1970, they went back over into North Vietnam and they also had missions into Cambodia. Most of Kohn’s missions from fall 1969 to spring 1970 were dropping bombs in Laos; and after that there were support missions in South Vietnam.

“There was just a variety of missions that we did. There wasn’t any set routine to it,” he said. He rode in the backseat of his two-man fighter.

Kohn had 201 combat missions, including about a dozen over North Vietnam. He earned 10 Air Medals and the Distinguished Flying Cross with an oak leaf cluster.

“From a pilot standpoint, the antiaircraft firing in Laos was pretty intense at times,” he said. “They had a lot of antiaircraft artillery guns. They were trying to deter us from bombing their supply transports on the Ho Chi Minh trail. Then when we got into doing our missions over South Vietnam it was primarily small arms fire.”

In a nighttime bombing mission over Laos in December or January, his fighter suddenly went into an uncontrollable attitude. Kohn regained control and the aircraft made an emergency landing at Ubon air base, Thailand. He and the other pilot were whisked away by truck before they could inspect the airplane to see if there was damage. “I don’t know for sure if we had taken a hit (from enemy fire),” he said.

Kohn returned to the U.S. in November 1970 on a civilian airliner through Travis Air Force Base in California. In uniform he saw protesters at the airport in San Francisco while doing a transfer for his connecting flight home. He jogged behind pillars in the airport to avoid confrontation.

“Let me just say there wasn’t anybody there to greet me with any kind of cordiality,” he said with a laugh. He left active duty in 1975 as a captain. Kohn, who graduated from the Air War College, served in the Air Force Reserve until 1999 and retired as a colonel after 32 years of service.

He earned his master’s in cartography from the University of Wisconsin in 1977. Kohn became an airline pilot in 1978 and he retired from USAir in 2003.

His book, “Vector to Destiny – Journey of a Vietnam F-4 Fighter Pilot,” describes his journey leading up to becoming an F-4 pilot and then his war experience. It was published in November by Koehler Books.

“I started out being a young farm boy and I was destined to take over the family farm,” Kohn said. “I’d like our young people to realize if they’ve got a dream anything is possible.”

At 77 he enjoys writing and he belongs to the Veterans of Foreign Wars and the 366th Fighter Association.

Kohn shared his thoughts on this nation’s commemoration of 50 years since the Vietnam War.

“I appreciate the fact that they’re doing it,” he said. “I think it’s important to honor the men and women that served in Vietnam. And I think it’s important to honor them in an appropriate manner just to show them the respect that they deserve for their contribution to our country. That’s a big part of my book. I hope people come away from reading the book with that understanding of the need to show respect to Vietnam veterans and to all military personnel.”

Editor’s note: This is the 308th in a series of articles about Vietnam veterans as the United States commemorates the 50th anniversary of the Vietnam War.