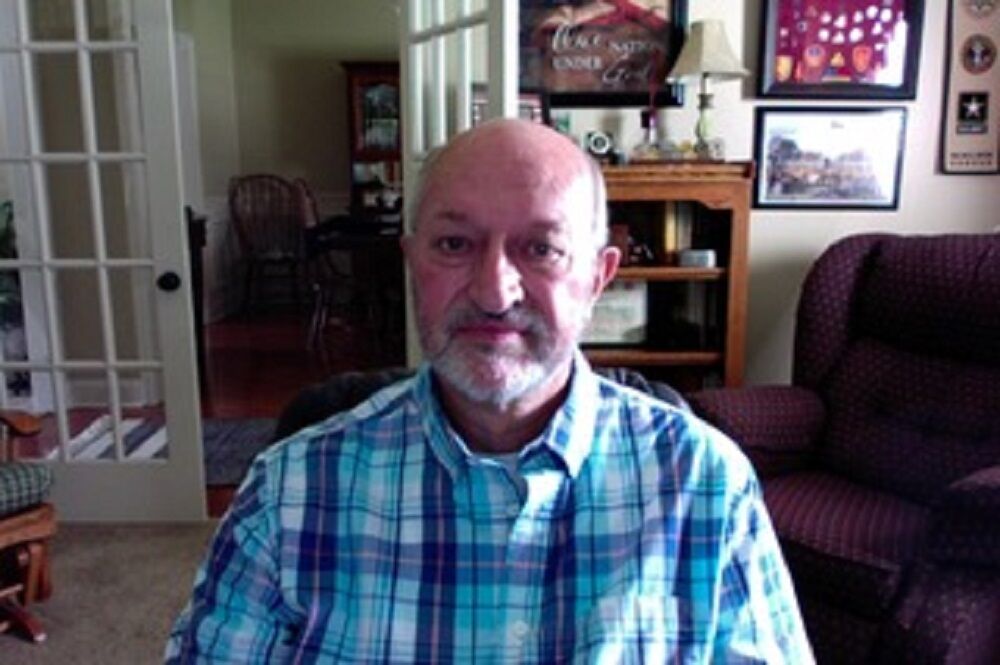 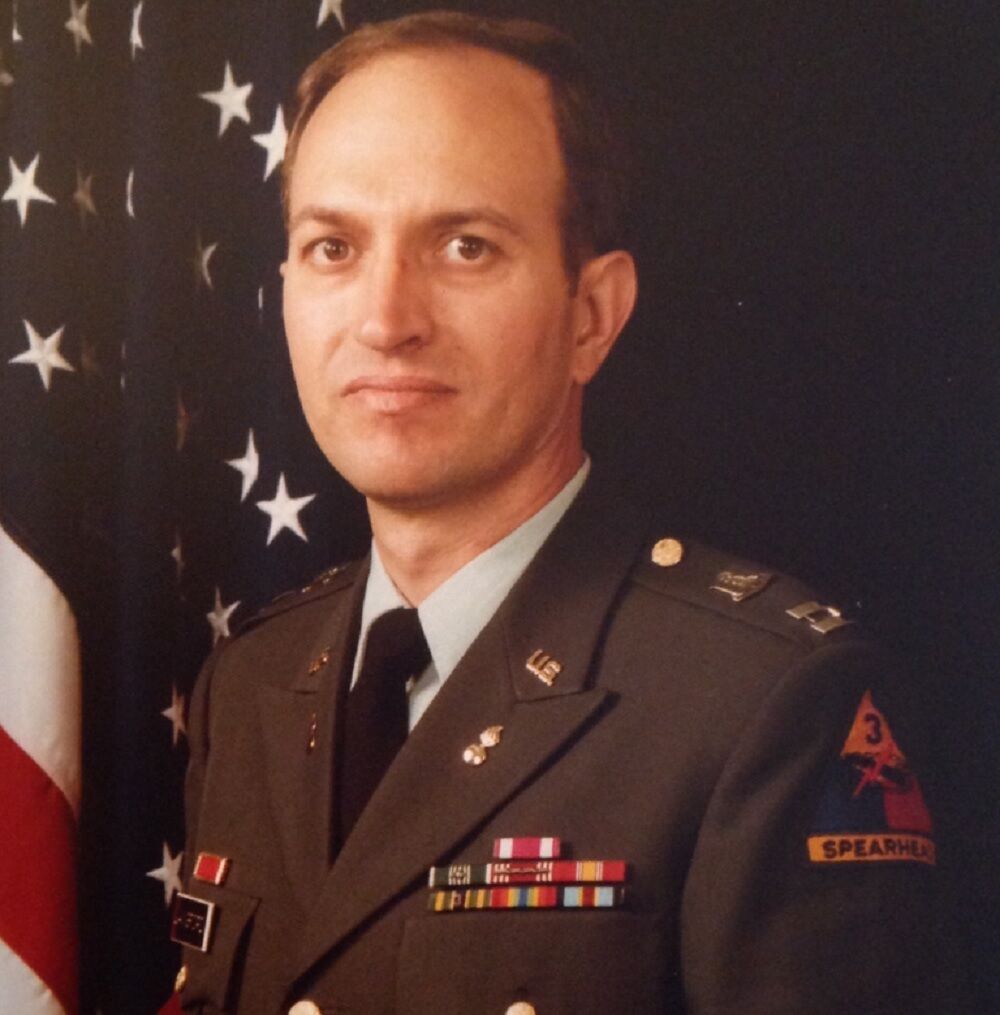 Alan Langford received his draft notice as expected in May 1967. The Tulsa, Oklahoma, native had five days to decide on a branch of military service and a specialty.

He decided to join the Army and specialize in the Nike Hercules air defense missile.

“I went in on my birthday,” Langford said.

He served from May 1968 through October 1988 and he retired as a captain. Langford was stationed throughout the United States and had two tours in Germany. Unlike the Hawk missile, the medium-range Nike Hercules was not deployed in Vietnam.

“We moved 23 times,” Langford said. “And so we experienced the north, south, east and west in the United States. Cleveland, Fort Bliss, Seattle. We were all the way out to the DelMarVa (Delaware/Maryland/Virginia) peninsula and places in between. So we experienced different beauties of the U.S.”

After graduating from high school in Sand Springs, near Tulsa, in May 1966, he decided to leave college and start working. He married his longtime sweetheart, Cynthia, in August 1967. They first met as teenagers and have been married 53 years. Their son, Christopher, was born in Frankfurt, Germany, in April 1977.

Langford spent 10 years as an enlisted Soldier and 10 years as an officer. He received his commission as a second lieutenant in April 1978 through officer candidate school at Fort Benning, Georgia.

During the Vietnam War, military service was not held in high esteem by many Americans. But Langford said he never personally experienced that negativity while traveling stateside in uniform during the war.

“I really just stopped off to visit family and was well-received by family,” he said. “I never felt as if I was looked down upon or anything because the family, they were very patriotic. I was well-received by family. I guess it was because of where I lived in Oklahoma and Texas. It was not looked down upon by that part of the States that I recall.

“My father, who was a World War II veteran, was anxious for me to get through. But after I received additional technical training, he was very supportive of me staying in the military.”

Langford initially had air defense artillery training at Fort Bliss, Texas, as a radar operator for the Nike Hercules. He returned to Fort Bliss for a year of training as a fire control maintenance technician. In 1973 he reenlisted and went to Aberdeen Proving Ground, Maryland, to become a calibration specialist. Ordnance officer training brought him to Redstone Arsenal in 1978. He retired from the Army in 1988 in Seattle.

He received a bachelor’s in general education with military science from Cameron University in Lawton, Oklahoma, in 1983. He has an associate of science degree from the University of the State of New York in 1977.

The Huntsville resident retired from Teledyne Brown Engineering in 2014 as the software test manager after 22 years.

He and Cynthia have their son, Christopher, 43, of Huntsville, and six grandchildren. Christopher works at Netivity as vice president of cybersecurity strategy.

Langford is a life member of the Vietnam Veterans of America and serves as an assistant chaplain for Chapter 1067. He also belongs to the American Legion Post 237 on Drake Avenue.

He is an elder at Monrovia Church of Christ in Madison. Langford is a certified pastoral counselor with the American Association of Christian Counselors. He volunteers at His Way Recovery Center for those with substance addictions.

“I spent about three years writing my autobiography. I’m not finished with that,” he said, laughing.

Langford, 72, shared his thoughts on this nation’s commemoration of 50 years since the Vietnam War.

“It’s good to bring to mind to our younger folks of the nation a remembrance of those who served,” he said. “There’s no man left behind.”

Editor’s note: This is the 297th in a series of articles about Vietnam veterans as the United States commemorates the 50th anniversary of the Vietnam War.