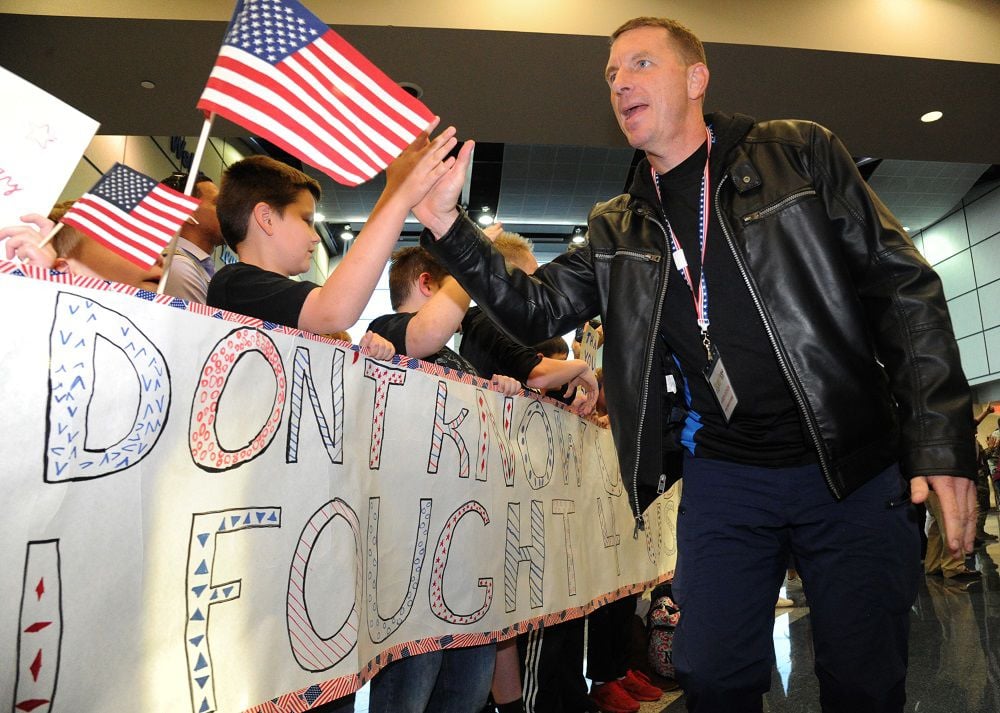 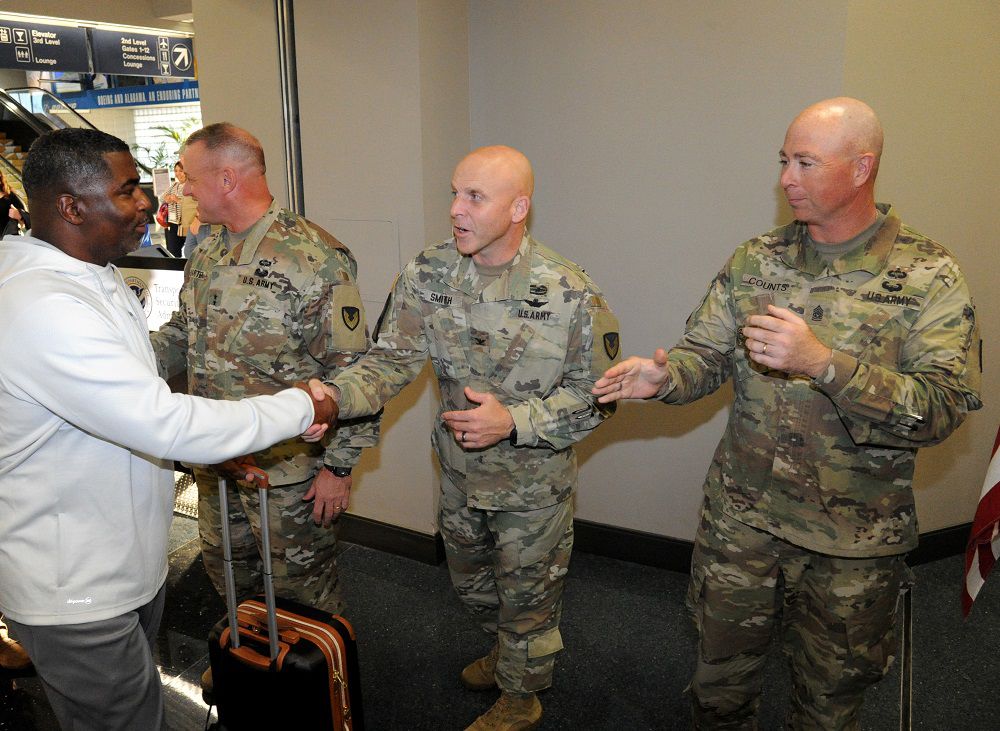 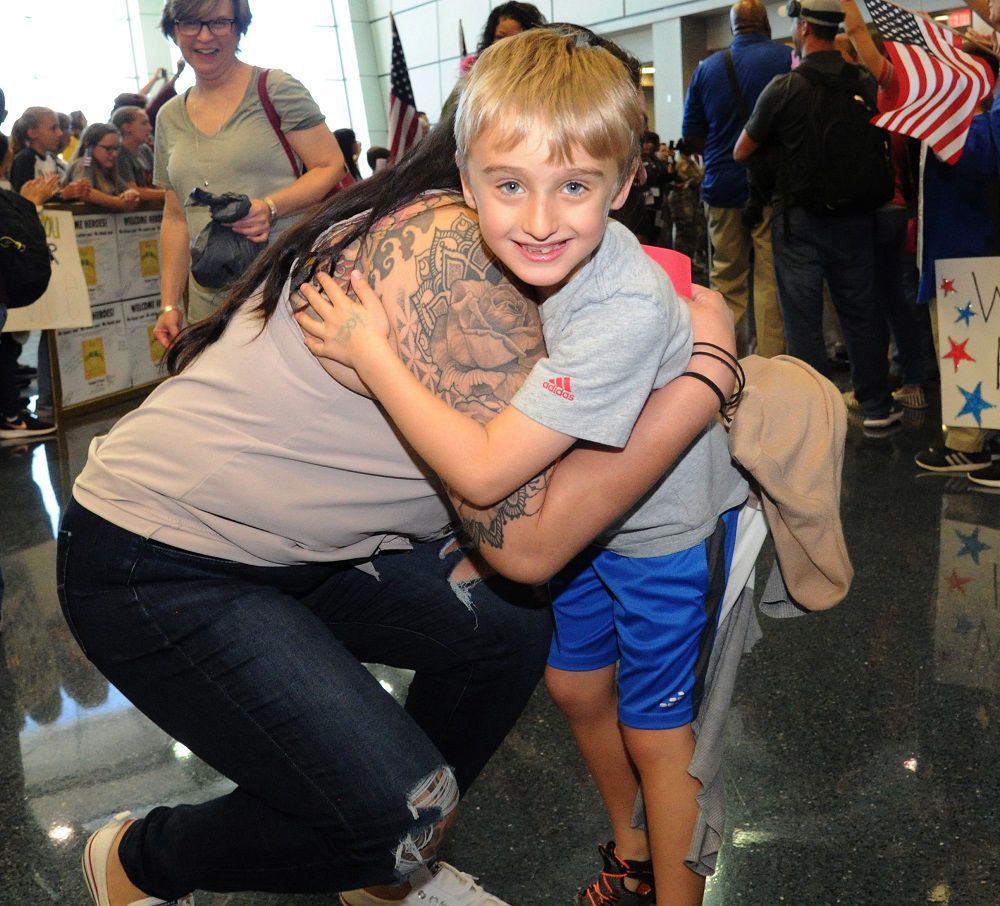 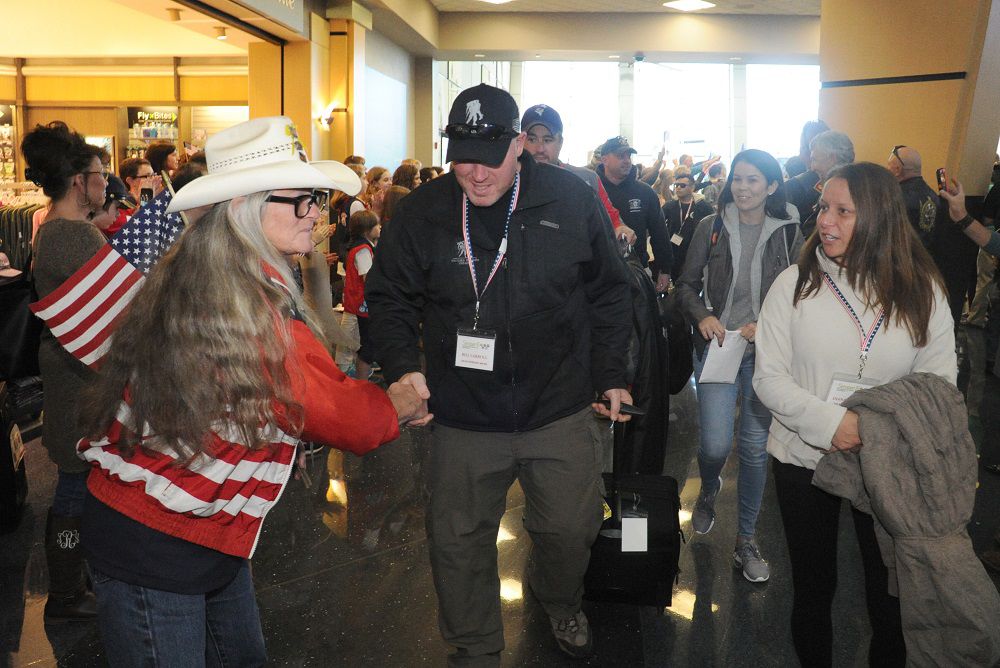 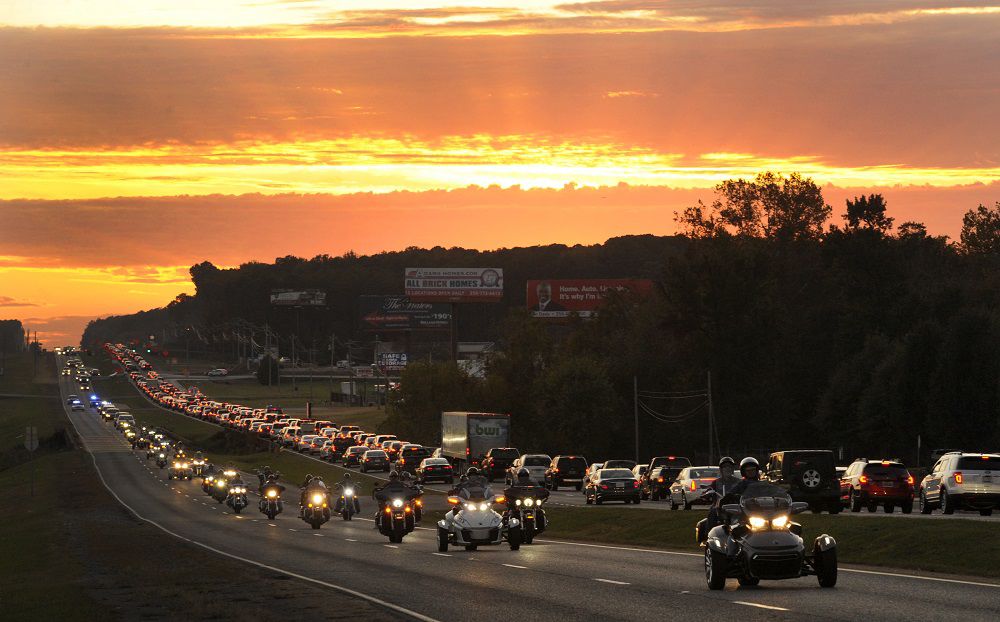 American flags, cheers, applause, homemade welcome and thank you signs, along with a large crowed greeted wounded warriors and their caregivers as they arrived at Huntsville International Airport on Wednesday, Nov. 6. It got to Aaron Duhon.

“It’s nice and much better than when I got home from Iraq,” said Duhon, who was a U.S. Army captain and chaplain when he was injured in Iraq. He couldn’t help but think about when he returned home in a wheelchair how he was told to get his own luggage out of the military aircraft.

Duhon has had 79 surgeries since he got home from war. He has been out of the wheelchair and walking since December 2017. His life hasn’t been easy. He’s found himself homeless at times, his future uncertain. Released from the VA Hospital in Los Angeles about six months ago, things seem to be looking up as he recently received notification he will be receiving back pay and a promotion.

He is also among 30 heroes who were invited to Huntsville for the Semper Fi Community Task Force Heroes Week, a cost-free week away from their daily routines which is also centered around Veterans Day. This was the 13th year the organization has put the event together.

The heroes are nominated from any branch of service usually by their transition unit, said Willie Simmons, a Marine veteran and vice chairman of Heroes Week.

“The family members/care providers, who are in my mind, also a hero for what they have sacrificed and are an equally important guest,” Simmons said.

As Duhon walked through the airport, he thanked people for their support because it meant so much.

The crowd included young and old holding signs and waving flags. A group of students from North Alabama Christian School made and held a long banner welcoming the heroes.

“We wanted to say thank you and welcome them,” said Noah Anderson, from the Christian school.

Ava Gary, wearing her American Heritage Girls uniform, said she wanted to be there to greet the soldiers.

Down the line, wearing patriot earrings and a scarf, Darlene Rath held a “Thank you” sign she made Wednesday morning. She’s known about the event for several years, but this was the first time she’s participated, saying she was inspired to go by State Sen. Arthur Orr following a speech he made at a Veterans Day event earlier in the week in Decatur.

“I decided this morning it is my duty to come here and say thank you to these veterans,” Rath said.

Rath smiled and spoke sincerely about her desire to show her appreciation. She knows firsthand how important it is to honor the sacrifices of soldiers because her son, Joshua Rath, died at age 22 during Operation Enduring Freedom in Afghanistan in 2009.

“As I stand here I’m thinking, people came to the streets in the freezing cold weather and put their hands over their hearts as we drove past for his funeral,” Rath said. “This is the least I can do is come to this … I’m glad these soldiers came home.”

As the heroes made their way from the terminal to the baggage claim downstairs, Duhon emphasized that every soldier participating in Heroes Weeks is equally important.

“Every one of us who are here have a story worth sharing,” he said.

Within minutes, the Patriot Guard and a police escort left the airport and traveled along Madison Boulevard to get to the Westin hotel at Bridge Street Town Centre, which was home base while in town through Tuesday, Nov. 12.

After the heroes welcome, the Semper Fi Community Task Force put its plan into action of providing a fun and relaxing break for the wounded warriors and their caregivers. Among activities planned were aerial and yacht tours around North Alabama, plenty of food and fellowship, and special recognition at local Veterans Day events.