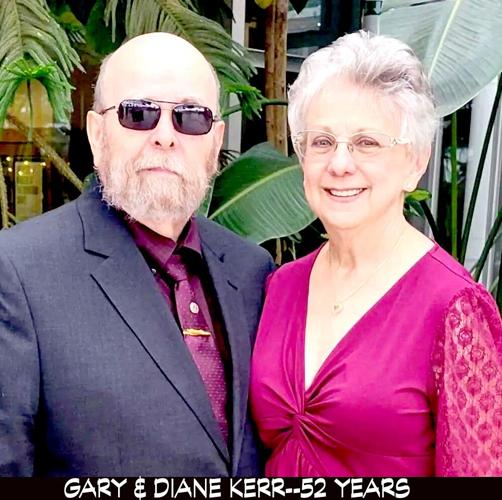 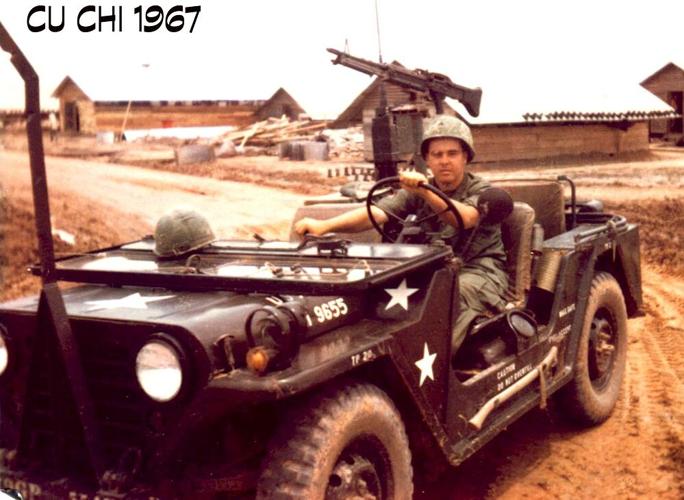 In August 1967, Pfc. Gary Kerr drove his jeep to the company orderly room at Cu Chi, Vietnam, to pick up his new boss. He didn’t know at the time, but the two men would forge a lifelong friendship.

Kerr became the jeep driver for 2nd Lt. Milt Moody, a platoon leader in Company D, 554th Engineer Battalion, who had just arrived in country. Kerr had driven about a week for his previous lieutenant who had been transferred out of the unit.

“I don’t know him from Adam. Anyway, he comes out of the orderly room and he introduced himself to me,” Kerr said. “He gets in the jeep and he says ‘I want you to take me to the PX.’ I said OK. We pull out of the company area; we’re heading down the road in the compound. And he looks over at me and says, ‘Do you have any money?’ And this was my thought – I said jeez, this guy’s a lieutenant and I’m a Pfc. and he’s asking me if I have any money. I said no – it was towards the end of the month – I didn’t have any money. So, he reaches into his back pocket and he pulls out his wallet and he hands me a twenty dollar bill. And says, ‘I don’t want my jeep driver to ever be broke.’

“And I thought to myself, ‘I’m gonna like this guy.’

For the next several months, they became battle buddies: Kerr from Michigan, and Moody from Texas.

“Lieutenant Moody was probably the best officer I ever met in the Army,” Kerr said. “When we were around people of course I would always salute him and show him the respect of an officer, but when we were alone we’d talk like guys who were from the same hometown. He was just a good-hearted individual.”

In January 1968, their unit was building a firebase up by the Cambodian border.

“He comes over to me and says ‘Hey, you want to go to Saigon for a weekend?’ I said sure, get a little R&R,” Kerr said. “So myself, Lieutenant Moody and two sergeants, we drove out of the firebase heading to Saigon which I guess is about 40 miles, you might say. The four of us are going down the road, and over the radio comes word that I’d been transferred.”

They stopped in Cu Chi, said their goodbyes to each other and left Kerr so he could go on to his new unit. Moody and the two sergeants continued on their trip to Saigon.

About two days later, Kerr was camped in a tent at the 90th Replacement Center in Long Binh. But none other than Moody traveled to Long Binh looking for his former jeep driver to see if Kerr could be reassigned to his former unit. The 90th rejected that request but Kerr never forgot Moody’s gesture of friendship.

“I couldn’t believe it,” Kerr said. “I knew he was a great guy but that was above and beyond the call of duty.”

Fast forward to November 2021. Moody, of San Angelo, Texas, did a search on the Internet and got the phone number of a guy who Kerr had gone to high school with. Moody then got Kerr’s phone number. He called his former jeep driver on a Sunday night around Thanksgiving.

“My wife and I were sitting there. The phone rang. She didn’t recognize the caller, she almost hung up,” Kerr said. “But she didn’t. When I heard the name Milt Moody, you can’t imagine the joy that came over me. That made my day. He was just a good-hearted individual, never looked down on Soldiers at all. Treated everybody with respect.

“What a great guy Lieutenant Moody was. The day he called me was one of the best days in my life in a long time.”

They have stayed in touch ever since. They probably talk together on the phone four or five times a year. For Moody’s 80th birthday in August 2022, Kerr found a photo on the Internet of two Soldiers standing by a jeep. He put a cutout of Moody’s head on one of the Soldier’s and his own on the other. On the front of the jeep, Kerr put 554th Engineers.

Kerr, of Grand Blanc, Michigan, said he couldn’t travel to Texas for his friend’s birthday party because of his post-traumatic stress disorder.

“I have this PTSD. I really don’t like to leave the house,” Kerr said. “I felt bad. I told him if there was anybody that I’d like to see it would be him.”

A native of Garden City, Michigan, Kerr was drafted in April 1967 at age 19 when he was working in a factory at Burroughs Corp., in Plymouth, Michigan, which made business equipment. One of five children, Kerr’s two older brothers served in Vietnam and made the military a career, one in the Navy and the other in the Marines.

Kerr was in the first graduating class of John Glenn High School in Westland, Michigan, in 1966. At 5-foot-8 and about 185, he was the captain of the football team, the Rockets, and played fullback and linebacker.

He left Vietnam in April 1968 after his yearlong tour. Kerr was discharged from the Army in November 1968 as a specialist four.

He met his wife of 52 years, Diane, about a year after he returned home. They have three children and nine grandchildren. Their oldest, Derek, resides in Redford, Michigan; their daughter, Amy Wright, lives in Grand Blanc; and their youngest, Gordon, of South Lyon, Michigan.

Kerr, 75, retired in 2003 as a hilo truck driver at General Motors, in Ypsilanti, Michigan, after 30 years.

The Detroit Lions fan has a 100% disability rating from Veterans Affairs.

Kerr shared his thoughts on this nation’s commemoration of the 50th anniversary of the Vietnam War.

“I think they should just let it die,” he said. “Everybody sees these parades. What they don’t see is where they’re putting these guys in the ground or crying their eyes out.

Editor’s note: This is the 404th in a series of articles about Vietnam veterans as the United States commemorates the 50th anniversary of the Vietnam War.