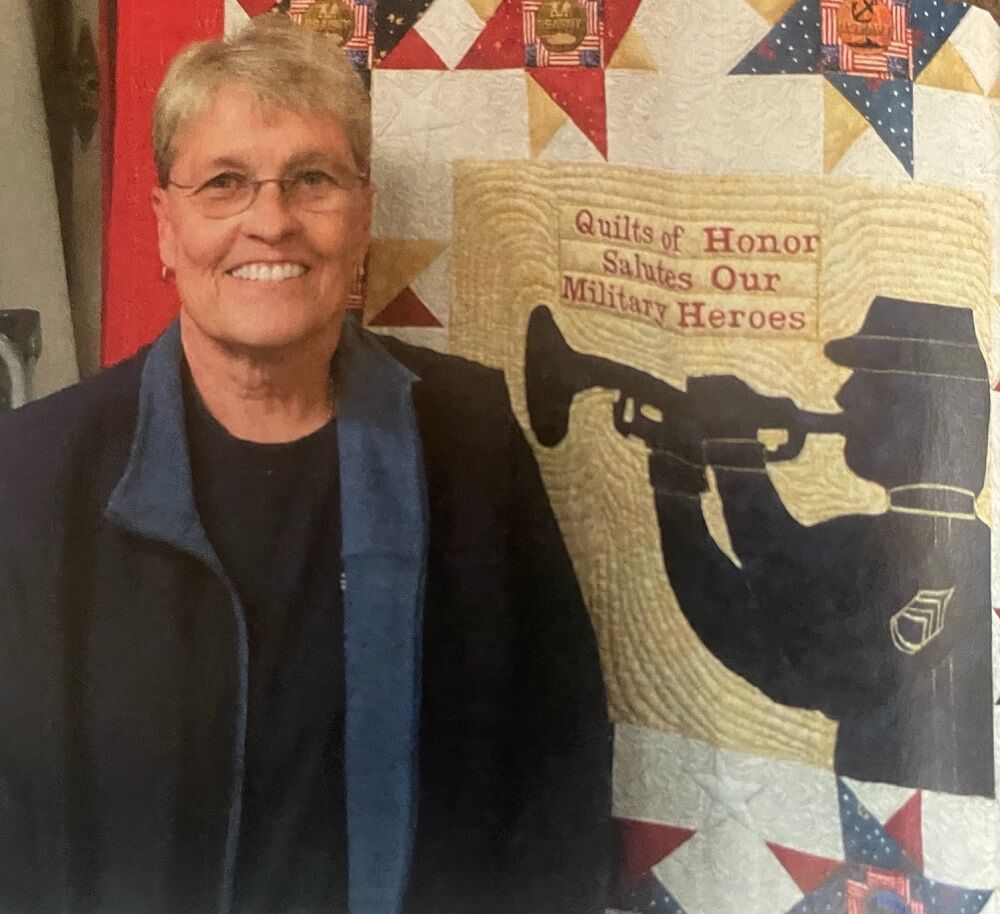 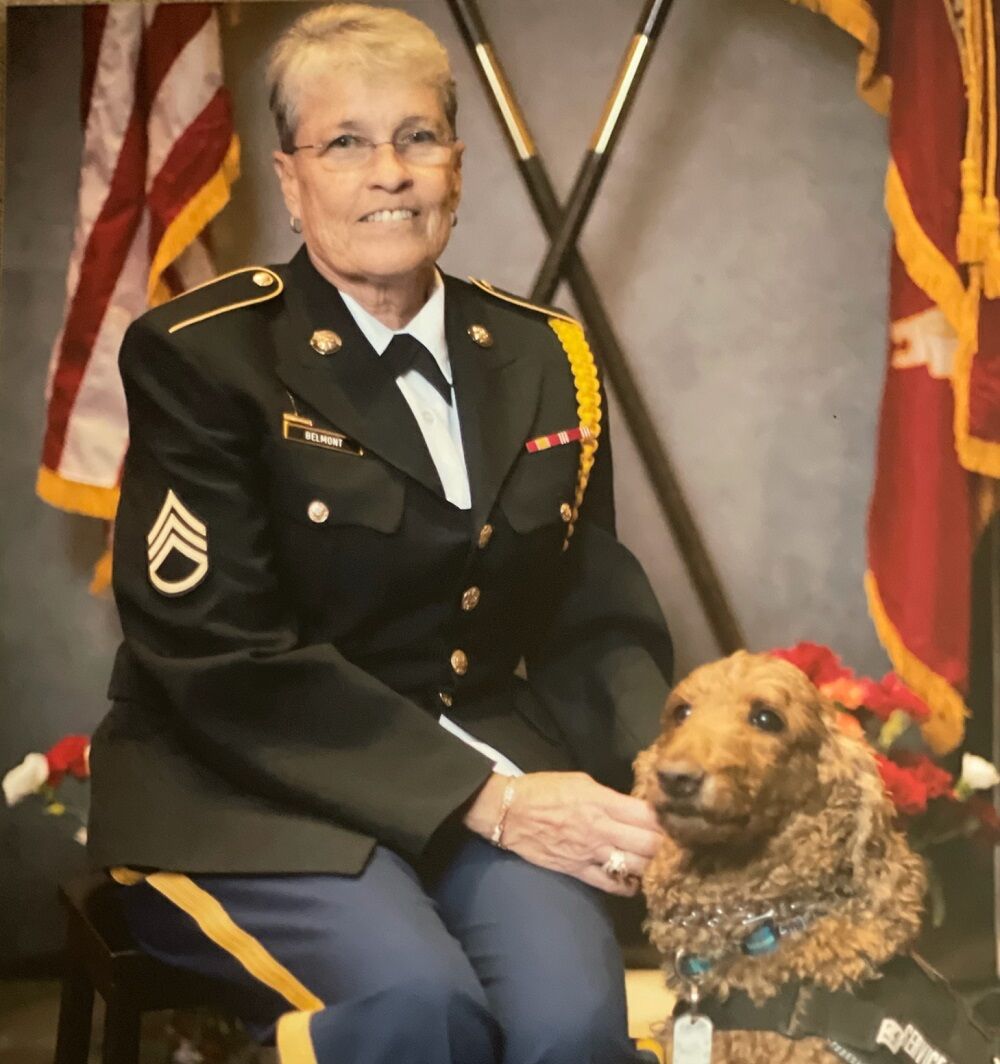 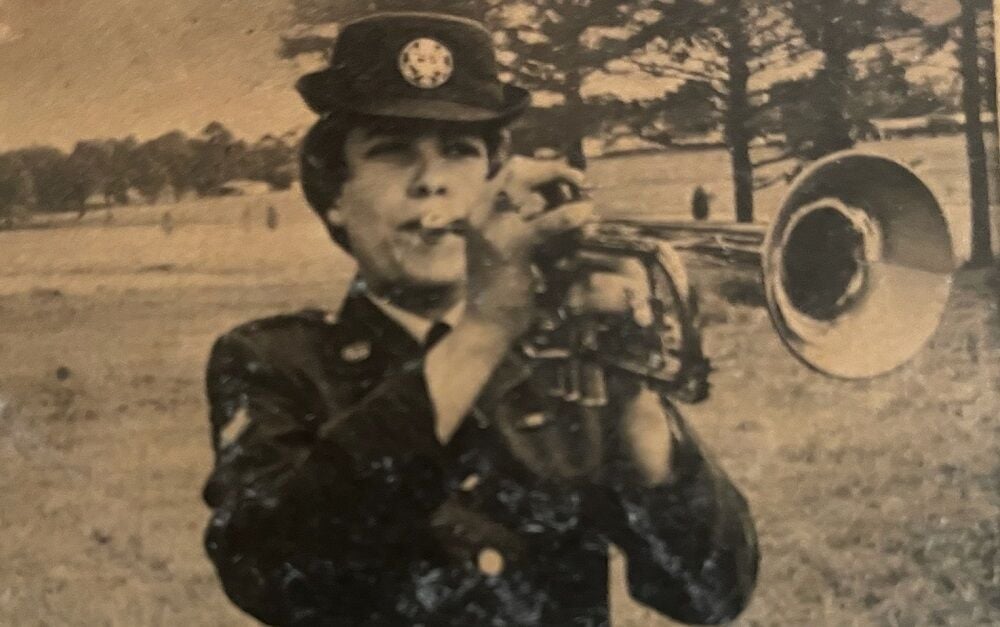 Gail Belmont started quilting in 1997 to help with her emotional and physical pain from serving in the military during the Vietnam War.

The disabled veteran served in the Women’s Army Corps from 1969-72 at Fort McClellan. She played trumpet in the WAC band.

“So part of my duties during Vietnam was we had to play Taps for those that were killed in action in Mississippi and Alabama which was all Vietnam era,” the native Californian said. “I was 18 years old when I first went in. And I saw things that changed my life during that time frame. Mississippi and Alabama were very poor states. And the military funerals that I performed were something you never forget.”

These experiences inspired her in 2010 to form the Quilts of Honor America, a voluntary group that makes quilts for combat veterans, who may have post-traumatic stress disorder or traumatic brain injury. They also make quilts for women who have served at least three years in the military that was traditionally male dominated.

Belmont is executive director and founder for the group which has volunteers in 13 states. California, the headquarters, has about 200 volunteers. The other chapters include Florida, Illinois/Indiana, Kansas, Kentucky, Minnesota, Missouri, Nebraska, Ohio, Texas, Virginia and Wisconsin.

“We’ve done over 9,000 quilts all across the United States,” Belmont said. “We do from World War II to the present. We’ve done many Vietnam veteran reunions. So that’s where the units meet together years down the road. We attend the reunion without their knowledge and present them quilts. Each quilt is numbered and registered and their name goes on the back of their quilt. So it makes it more meaningful. It’s also very emotional.

“We meet some great heroes, I tell you. And a lot of them have never been thanked.”

She joined the Army in October 1969 after graduating from Gustine High School in Gustine, California, because she saw a newspaper article where the WAC sought female musicians. She auditioned and was accepted out of high school, enlisting six days after she turned 18. She had basic training at Fort McClellan and her military occupational specialty became trumpet player.

“There’s only about eight trumpet players that are left that did this type of duty and we were the only females with the whole honor guard,” Belmont said. “It was a tough assignment and that’s how I got PTSD. It was living through what we lived through in those funerals. And we didn’t tell anybody until years later.”

They did about three funerals a week. Sometimes they would be away on temporary duty assignments for three days to conduct these funerals in Mississippi and Alabama. Belmont said violent demonstrators banged on their military cars in Tupelo, Mississippi, around 1971.

After her three years at Fort McClellan, she left active duty as a specialist four. She served in the Army Reserves from 1973-77 in California and left as a staff sergeant.

The Valley Springs, California, resident became an Army civilian. She retired in 1999 as a data administrator, a Department of Defense employee, at the Tracy Defense Depot in Tracy, California. This culminated 25 years of government service, including three years with the Women’s Army Corps and four years in the Reserves.

She grew up in Dos Palos, California, and is the oldest of three children of Robert and Virginia Belmont, both of whom help out with Quilts of Honor. Robert, 91, a retired Gustine police chief, and Virginia, 89, a retired beautician, reside in Valley Springs. They have been married 70 years. Belmont became a long arm quilter when her father gave one of these machines to her mother in 1997 as a retirement gift. Her sister, Diana Gigliotti, lives in Valley Springs; and her brother, Russell, the youngest, is a pastor in Concord, California.

Belmont, 69, enjoys quilting, gardening and camping. She plays the trumpet and bugle in the American Legion honor guard in Valley Springs. She also belongs to the Disabled American Veterans, the Daughters of the American Revolution, Taps for Veterans, and the Buglers Across America. She was honored at the White House in 2012 for Vietnam Veterans Champions for Change. In 2014 U.S. Sen. Tom Berryhill of California named her the Veteran of the Year for California.

“I think it should be bigger because even though I didn’t serve on foreign soil, I saw what the Vietnam War did to veterans and families,” Belmont said. “We see it so much in what we do now. I can’t tell you how many Vietnam vets we’ve made cry giving them quilts.”

Editor’s note: This is the 318th in a series of articles about Vietnam veterans as the United States commemorates the 50th anniversary of the Vietnam War.