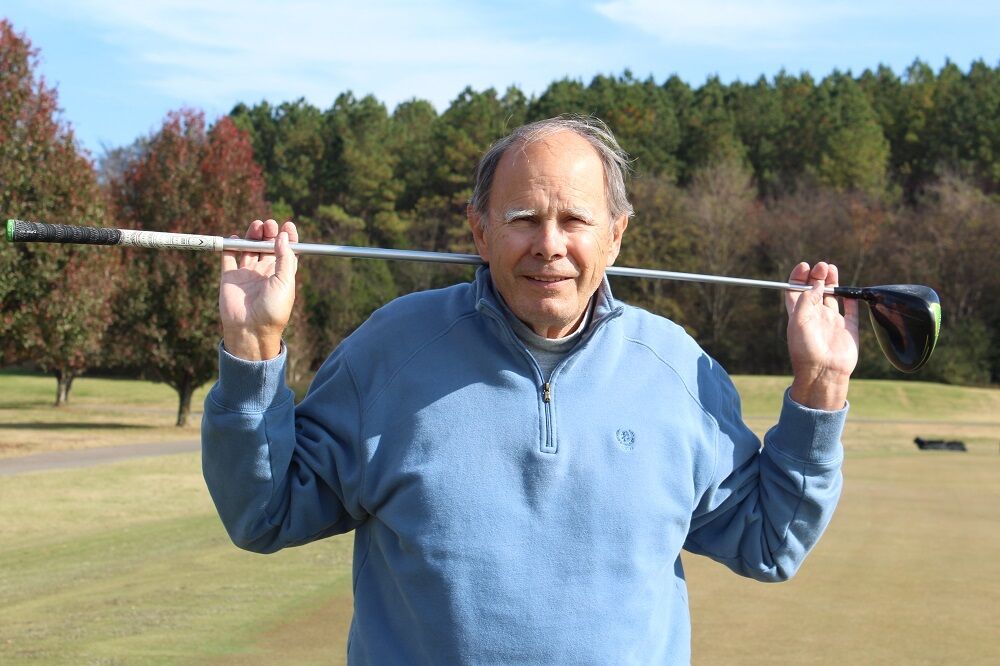 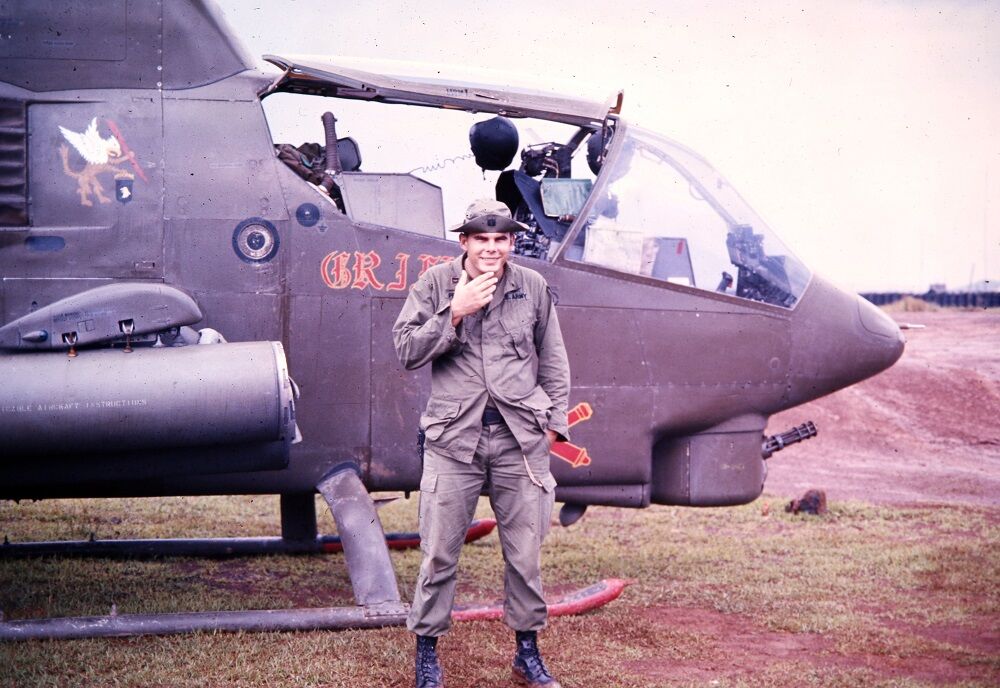 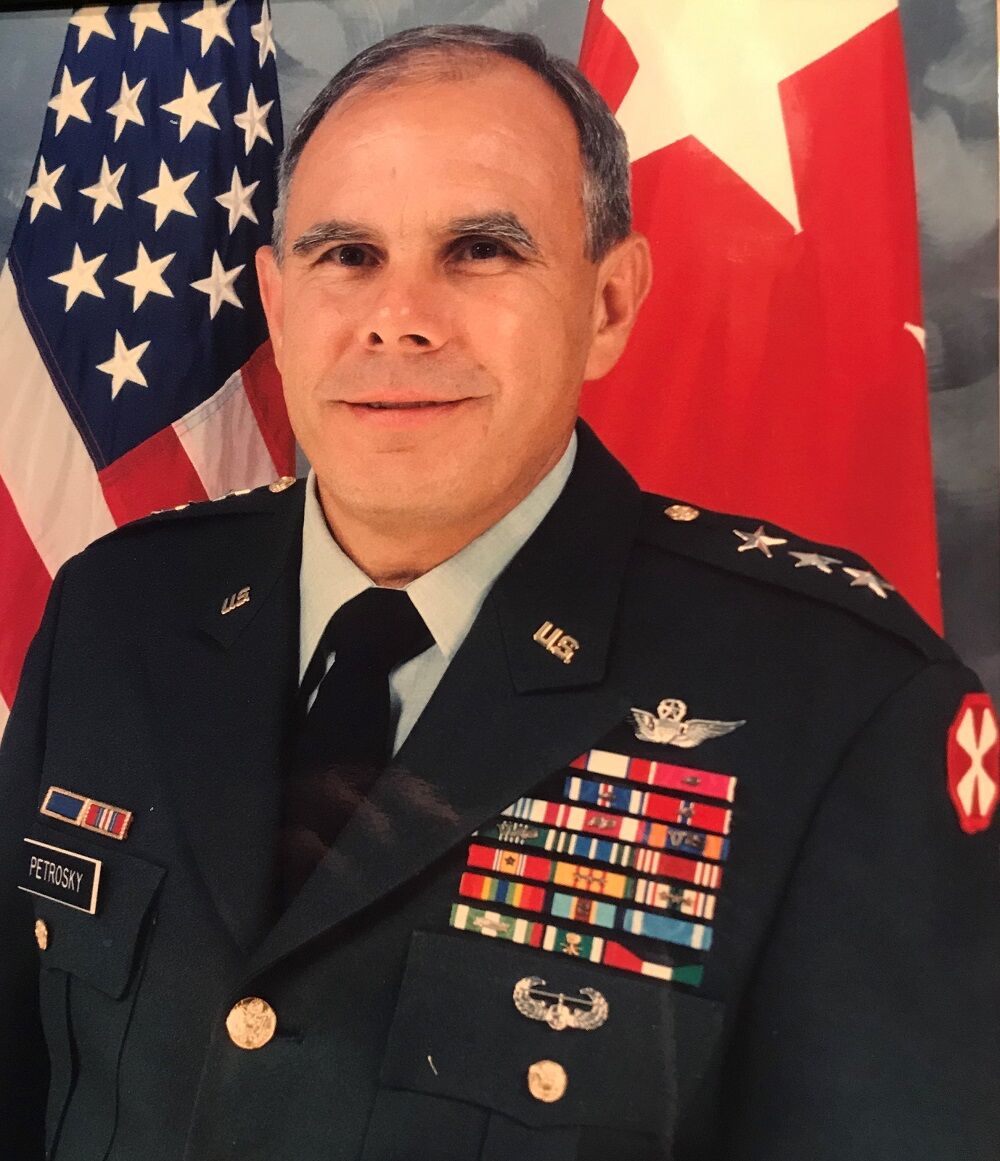 After receiving his draft notice in 1966, Dan Petrosky began to fulfill his duty to serve his country in uniform.

“My grandfather fought in WWI, my dad in WWII, and now it was my turn,” he said.

The Columbus, Ohio, native served in the Army from June 1966 to January 2003 and retired as a lieutenant general after more than 37 years. His last position was chief of staff for the U.S. European Command in Stuttgart, Germany.

He was a produce manager for a grocery store in his native Ohio when he got drafted. After basic training and advanced individual training, he became an assistant to a drill instructor and was teaching basic training. He was offered the opportunity to go to officer candidate school and he took it as an artilleryman. Later he and his buddies decided to go to flight school. He had basic flight instruction at Fort Wolters, Texas, and advanced flight instruction at Hunter Army Airfield, Savannah, Georgia.

Petrosky was a 25-year-old captain when he went to Vietnam as an AH-1 G Cobra gunship helicopter pilot. He flew 650 combat hours with the 101st Airborne Division along the demilitarized zone between North and South Vietnam from 1969-70.

“We supported the infantry forces on the ground. We were dedicated to that. That was our major mission,” he said. “So, when the infantry called for helicopter gunship support, we’d do everything in our power to get there. Supporting the infantry in contact with the enemy was our top priority.”

Normally two of the two-man Cobra helicopters would go out on a mission; and they would call for more Cobras to join the fight if necessary.

“We stayed there until that fight was won. We would never leave until that mission was resolved in favor of our Soldiers,” Petrosky said.

“Vietnam combat veterans learned something very important over there, and that was trust,” he said. “They learned to trust each other. They learned the true meaning of trust. I think trust in each other is what carries anyone through combat. That was especially true in Vietnam. You had to trust your buddy was doing his mission and you were doing yours. From my aspect, we wanted the infantry to trust that when they called for Cobra support, we would come.”

The U.S. military learned a lot from the Vietnam War. Petrosky pointed out that families of Soldiers didn’t receive the support they do now when their loved ones went to Vietnam.

When he left Vietnam and landed at an airport in the state of Washington in 1970, his reception was a crowd of protesters yelling obscenities. This contrasted to the parades he experienced in New York City and Washington, D.C., after leaving Iraq from the Persian Gulf War.

He used the GI Bill to finish college and ultimately earned a master’s degree. He served as deputy commander of the 101st as a brigadier general in 1994. He commanded Fort Rucker as a major general in 1996-98, and he commanded the 8th Army in Korea as a lieutenant general 1998-2000.

“I think it’s important,” he said. “It helps youngsters that weren’t alive at that time understand what the Vietnam veterans did, that they were heroic, courageous and demonstrated what selfless service means. They didn’t ask for accolades. They just did their mission.”

Editor’s note: This is the 301st in a series of articles about Vietnam veterans as the United States commemorates the 50th anniversary of the Vietnam War.