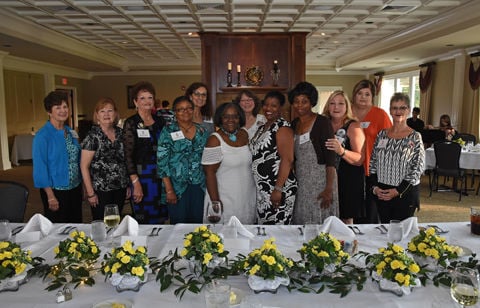 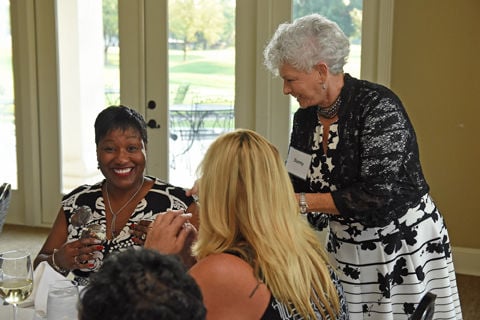 It’s a sisterhood they would not have chosen for

themselves, but one they are glad to be a part of today.

Yellow fl owers adorned the tables of the Valley Hill

Country Club Thursday, symbol of the Gold Star, the

nation’s way of commemorating those who lost their

lives in the name of freedom, as Gold Star Mothers

came together for the annual Survivor Outreach Services

dinner in their honor. Sunday was Gold Star

“To me it’s just an honor to know we’re not forgotten,”

have to be here to really know what it feels like. It’s sort

of bittersweet. Still, to know that there are people out

there that want us to know they do remember, it means

The annual observance, held traditionally on the

fourth Sunday in September, is also an opportunity to

educate the public about what it means to be a Gold

sisters and brothers, whose loved ones were killed while

“It’s a day to remember all of our fallen, and know

that other people know what that day means also,” said

to others, because a lot of people don’t know what

Gold Star Mothers are. Sometimes we get, ‘Aren’t you

Gold Star family members, providing them with a

chance to not only remember their loved ones, but to

share in fellowship. Amidst the tears, there were plenty

of laughs, smiles and hugs to go around Thursday

“It helps you to know that there people who can relate

to what you’re feeling,” Galin said. “It’s a bond we

have with each other because we’ve all been there. Unless

you’ve been there, you don’t know, and we don’t

want anybody to have to know. We know that other

people’s hearts feels like ours does. It’s a void that can

never be fi lled. It makes us all feel related, even though

there’s no blood, we’re still related because blood has