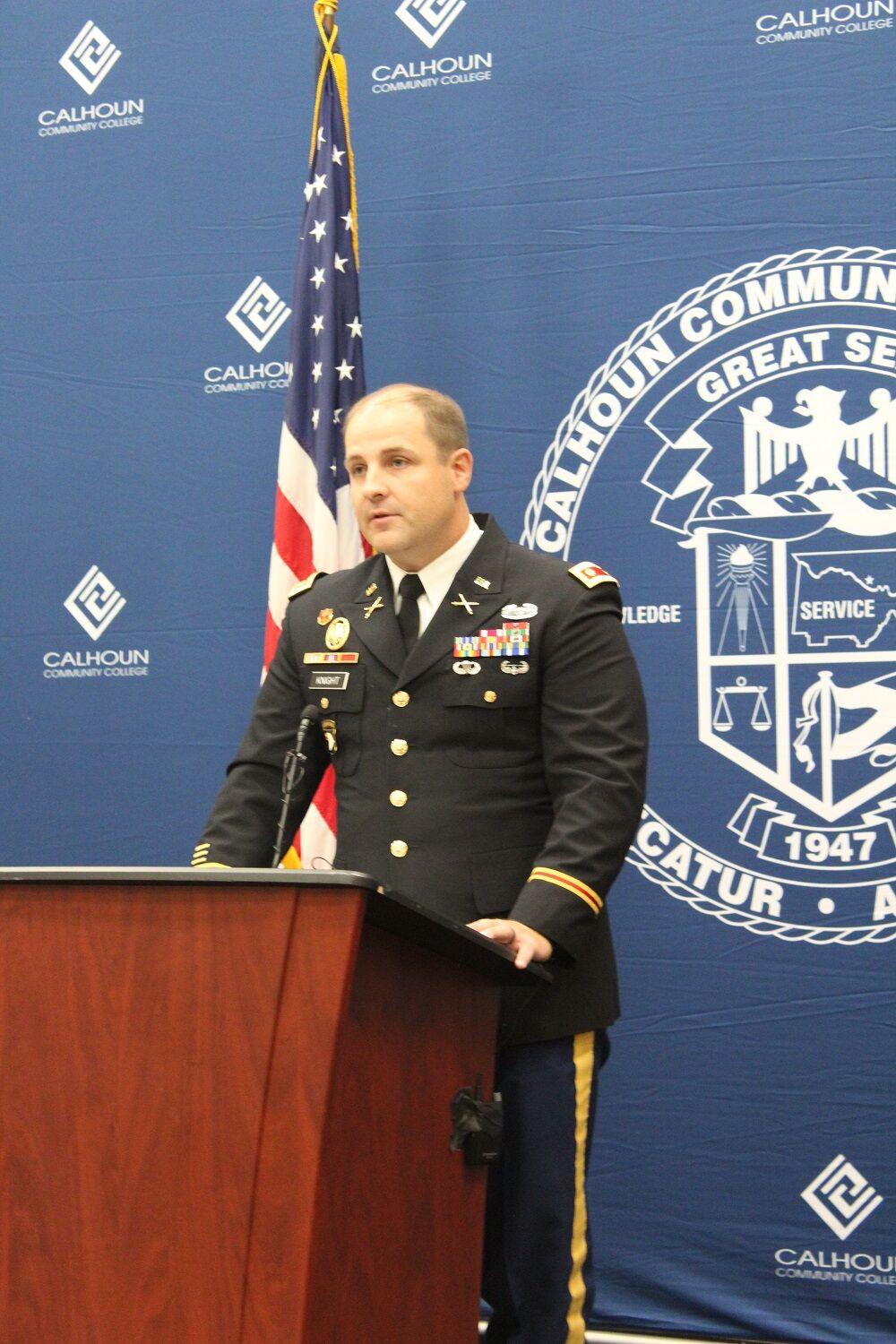 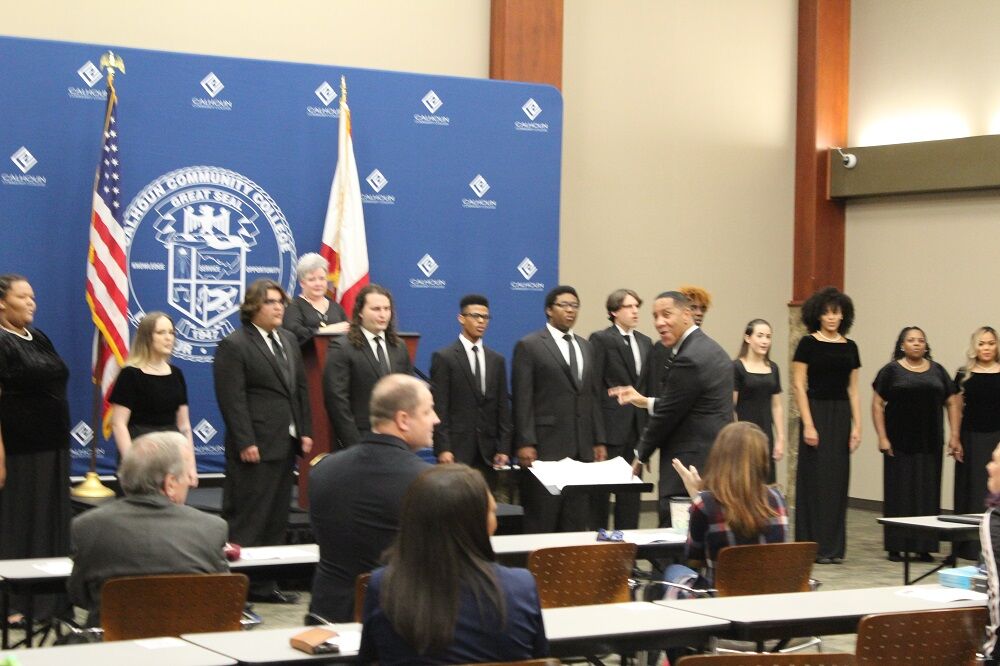 Casey Knight is from Hamilton, in Marion County, and he lives in Madison. But he fought for our country many miles from home.

Knight served one tour in Iraq and two in Afghanistan. The major is fire control officer for the 20th Special Forces Group (Airborne), Alabama National Guard.

On Nov. 10 he addressed about 100 people as the keynote speaker for the Veterans Day Observance at Calhoun Community College. Knight described what it means to be a veteran.

“At the end of the day, we all want to accomplish our mission and take care of each other to the best of our ability,” he said.

Knight, 39, works at Redstone for contractor PeopleTec Inc. supporting the Aviation Turbine Engines Project Office in the Program Executive Office for Aviation. He and his wife, Rebecca, have a son, Carter, 9, and daughter, Hannah, 5.

He was preceded by a student speaker, Lisa Berry, 52, an Army veteran private first class who is in her first semester at Calhoun taking her physical therapy prerequisites.

“Those years in the military taught me I can do anything I want,” Berry said,

The Bob Jones High School Air Force JROTC presented the colors. Air Force Vietnam veteran Mitchell Byrd led the Pledge of Allegiance. The Calhoun Chorale sang the national anthem and they also did the Armed Forces Medley as a salute to our veterans.