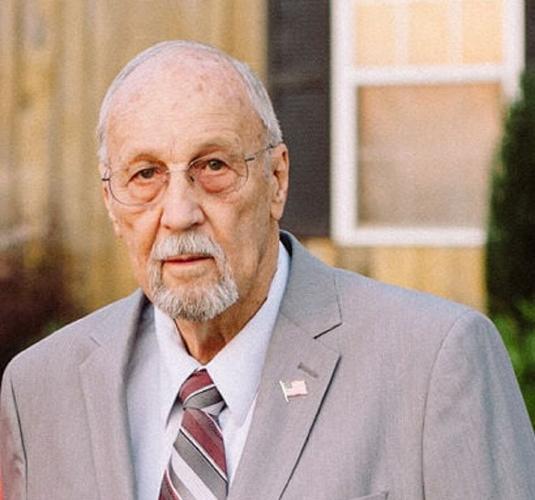 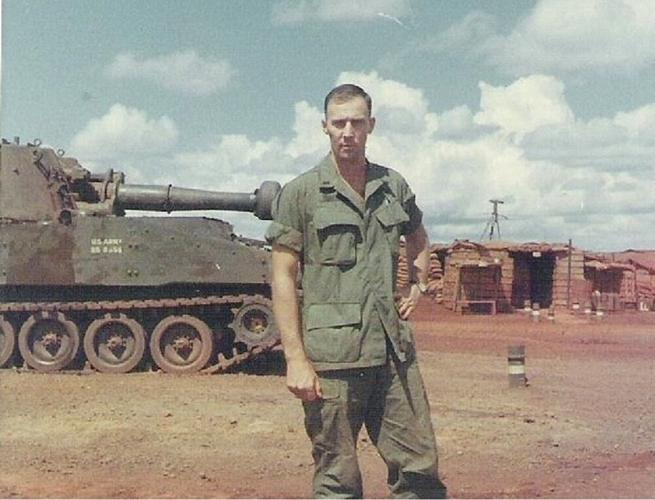 Jerry Jackson wasn’t surprised when he received his draft notice in December 1965. It was two months before his 26th birthday. The then Jacksonville resident was working at Merita Bakery in Gadsden to support his wife’s education at Jacksonville State.

He went to Fort Benning, Georgia, for basic training in infantry. At basic his drill sergeant said he would be eligible for officer candidate school. “And I told him I didn’t want to go. I just wanted to do my duty and go home,” Jackson said laughing.

Jackson was sent to Fort Jackson, South Carolina, for infantry advanced individual training. From there he got orders for officer candidate school at Fort Sill, Oklahoma, in 1966 and he graduated in January 1967.

The second lieutenant, in artillery and missile, arrived in Vietnam in November 1967. He was assigned to a 4.2 mortar battery, Light Horse Assault Battery, Charlie Battery, 8th Battalion, 6th Artillery, 1st Infantry Division, the Big Red One. He was promoted to first lieutenant three months later. He was the fire direction officer.

“I was at Phu Loi along Highway 13 and I was stationed at different locations there all the way to the Cambodian border,” Jackson said. These included Bu Dop, Loc Ninh and Quan Loi.

“They called Highway 13 Thunder Road,” he said. “And from talking to a lot of vets that were there, they can assure me there was a lot of thunder.”

On Jan. 31, 1968, in the Tet Offensive, Jackson saw most of the action he would have during his yearlong tour. At about 4 a.m., his division was attacked from the northwest by a North Vietnamese army division. They were in danger of being overrun.

“This was during the ceasefire of Tet. We began to see people on our perimeter. And then all hell broke loose,” Jackson said.

Fortunately, one side of the perimeter was well-defended by a 105mm artillery unit which had come in to stay through the night. The enemy troops tried to climb the wire to breach the compound. Jackson’s unit, with its 155mm artillery, fired illumination rounds to lighten the battlefield like a streetlight. The firefight lasted two hours. The enemy withdrew by daylight with around 280 of their soldiers killed. The U.S. infantry and artillery had won the battle.

Jackson recalled a humorous incident about three weeks before Tet. He was taking a shower at the Quan Loi base camp when he heard an incoming rocket attack. Wearing flipflops, he grabbed a towel and scrambled to get out of the shower. But he slipped on the wooden pallets and fell into the red mud. He bumped his head on an engineer stake, causing a small cut. Covered in mud, he got up and ran to the fire direction center. “I was muddy as I could be,” he said.

He received the Bronze Star with V-device for his role in the battle on Thunder Road during the Tet Offensive. He also received a unit citation, the Vietnamese campaign ribbon and the Vietnamese Cross of Gallantry.

“I got a grand welcome (home) by my family, friends and community,” he said.

Jackson left the Army as a first lieutenant in November 1968. The native of Altoona, in western Etowah County, was the youngest of nine children. He received a bachelor’s in elementary education in 1975 and a master’s in school administration in 1992 from Jacksonville State. He taught school for 27 years at Douglas Middle School, in Marshall County, before retiring in 2002.

With NASA’s teacher in space program, Jackson applied to become the first American civilian selected to go into space. High school teacher Christa McAuliffe was selected but she died in the explosion of the space shuttle Challenger in 1986.

He and his wife of 59 years, Marie, reside in Blountsville. She retired from the University of Alabama and Jacksonville State as a professor of counseling. Jackson credits her with helping him through the post-traumatic stress disorder that gave him problems for the first few years after his return from Vietnam. “It takes a lot out of a person who spends time in combat,” he said.

Their oldest of three sons, Alan, served in the National Guard and worked in computers but died Dec. 25, 2013, from a heart attack. Their middle son, Scott, who served 25 years in the Army, is a defense contractor in Vicenza, Italy. Their youngest, Jason, is a poultry farmer in Horton. They have six grandchildren and six great-grandchildren.

Jackson, 82, is a life member of the Veterans of Foreign Wars, a Mason, and a member of Bethel Baptist Church in Snead. He has a 100% disability rating from Veterans Affairs.

“I have a lot of health problems but they’re not going to stop me, until one day I’ll just leave here,” he said.

He was among the 100 Vietnam veterans who had the opportunity to go on an Honor Flight last fall to Washington, D.C. The trip from Birmingham was sponsored by the Blount County Museum. Jackson’s son was among the escorts. The veterans visited the Vietnam Veterans Memorial, where Jackson saw the name of his Altoona boyhood neighbor who was killed in the war.

Jackson shared his thoughts on this nation’s commemoration of 50 years since the Vietnam War.

“I think it’s great that the United States is recognizing the veterans,” he said. “And I’m a proud veteran – not that I like wars, it doesn’t mean that – but I’ve been able to defend our nation and answer the call of duty.”

Editor’s note: This is the 365th in a series of articles about Vietnam veterans as the United States commemorates the 50th anniversary of the Vietnam War.