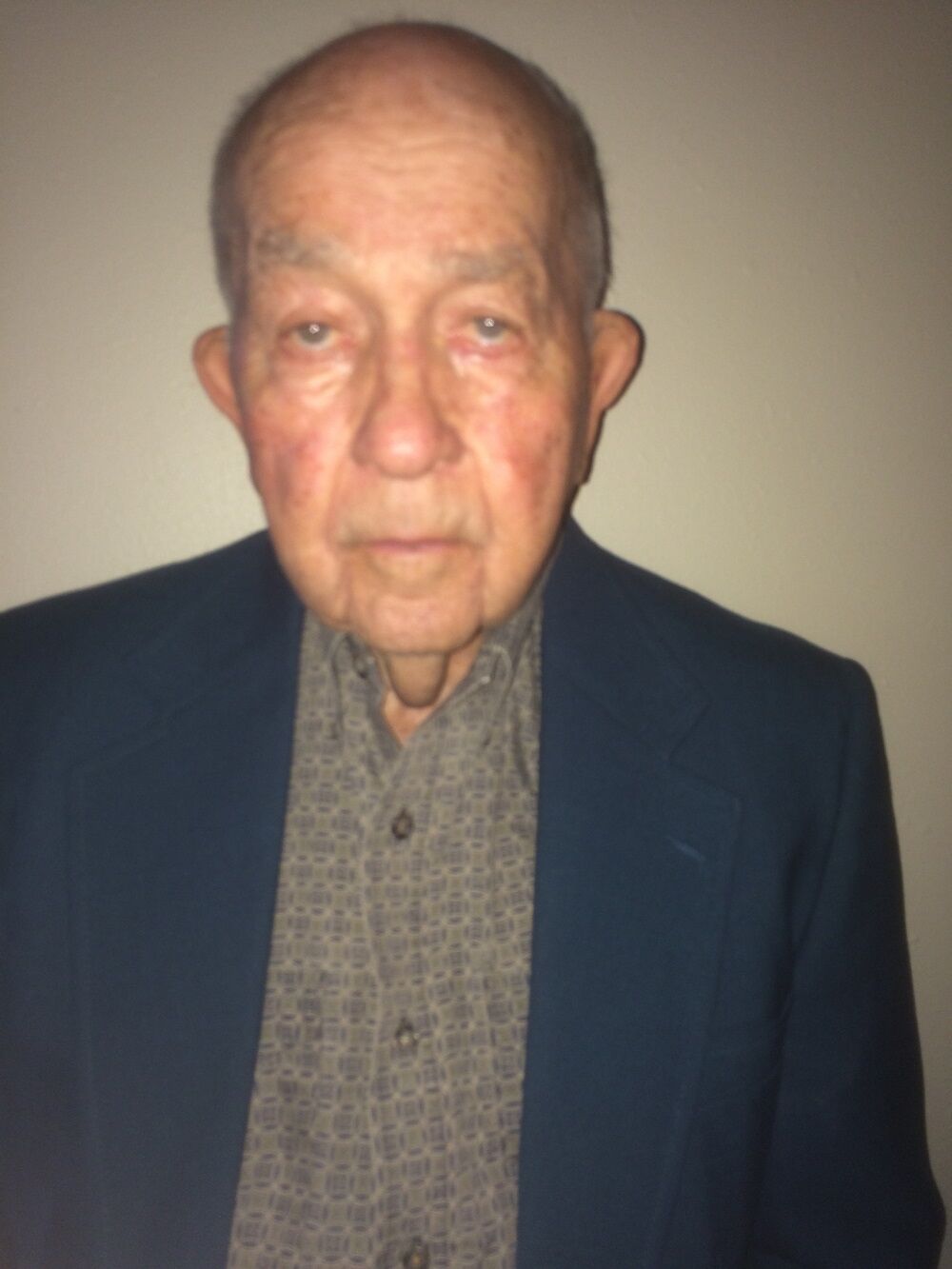 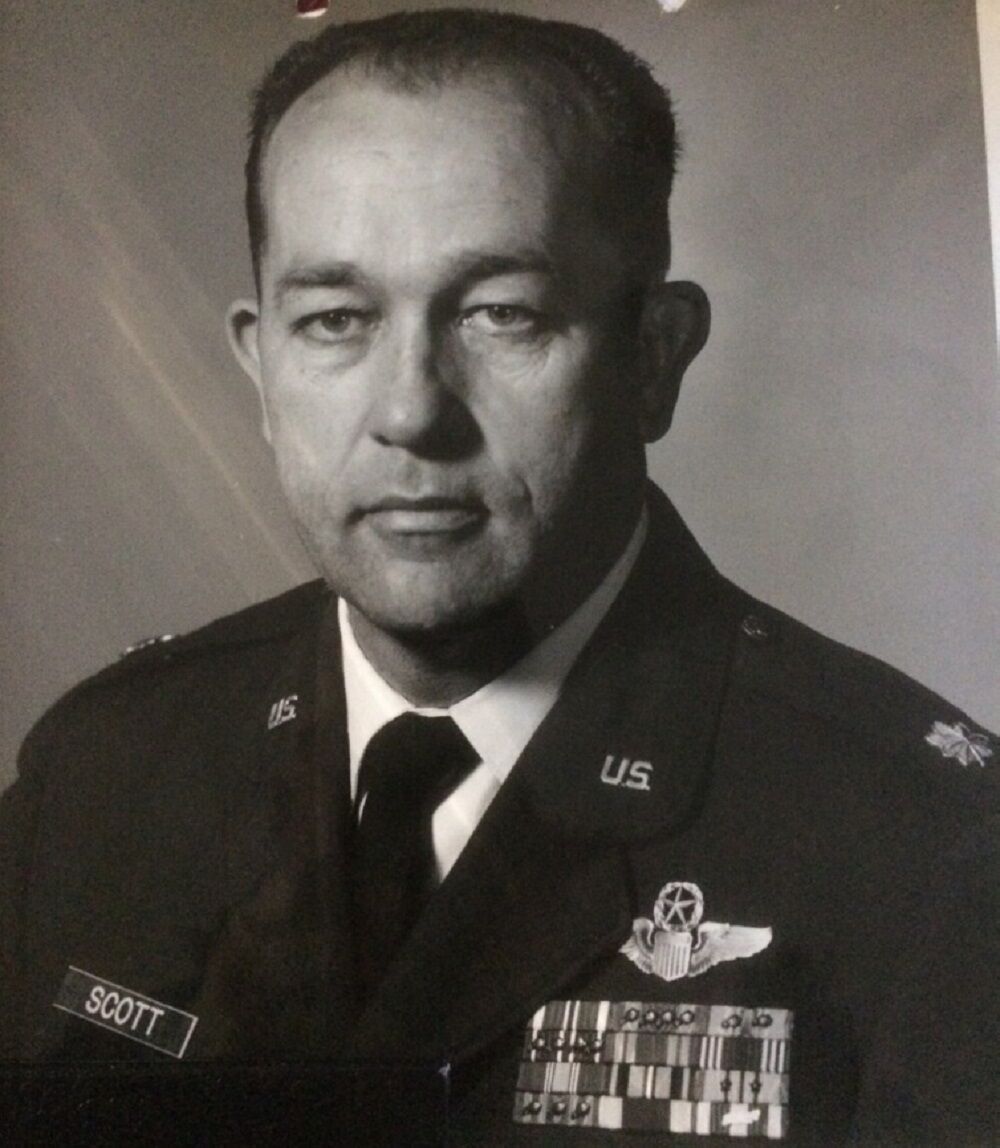 When Air Force Capt. John “Scotty” Scott arrived in Vietnam in July 1966, the pilot’s first job was spraying Agent Orange while flying his airplane at the treetops

His airplane got hit by enemy fire three times the first day and two more times that week. When he learned that his commander mistakenly thought he had volunteered for defoliant spraying, Scott gladly changed assignments.

“That was probably the best thing that I did,” he said.

Scott spent the rest of his yearlong tour flying combat support missions in his C-123. He transported supplies and Army troops with his airplane’s four-member crew which included the pilot, co-pilot, flight mechanic and loadmaster.

“We could carry about 12,000 pounds of cargo,” he said. “We mainly just took the Army wherever they needed to go.”

His airplane got hit just two more times from 1966-67 because his altitude was usually out of range of enemy fire. Once a round penetrated the floor and went between his seat and the co-pilot’s but fortunately no one was injured. Scott flew 909 hours and about 1,350 sorties for the 309th Air Commando Squadron based at Tan Son Nhut Air Base near Saigon.

“I had it probably better than a lot of people,” he said of his year at war. “But getting shot at is no fun.”

He lived in Saigon with six other guys in a seven-bedroom house and he would ride the two blocks to the air base on his Honda motorcycle.

His squadron had unofficially adopted a spotted medium-sized dog named Spot who had been with them about four years. Spot slept in the NCO barracks and ate C-rations.

“They called him the oldest air commando,” Scott said. “He loved to fly in an airplane just like a dog would ride in a car.”

Spot would fly in the planes on their combat support missions. He would come running up at the sound of the engines before takeoff. The crews even made him a little parachute so he could jump out with the troops. When a new commander declared that a dog shouldn’t fly in combat zones, the crews still managed to take him along on flights. He would follow the plane as it taxied down the runway, the crewmembers would open the door and he would hop on.

One day Scott was flying with the dog onboard. The airplane made its first stop and Spot got out as usual – he never stayed on board and always returned at the sound of the engines for departure. But this particular day, Spot didn’t return when it was time to leave. Scott and the crew couldn’t wait because this was after all a combat zone. They were nearly in tears as the plane left without their beloved pet. They made another stop before returning to Saigon.

“When we landed to shut down for the day, here he comes running up to the plane,” Scott said. “It was like a happy ending.”

Spot had hitched a ride on another C-123 and beat Scott’s plane back to Saigon.

“When I left Vietnam, he was still flying in the squadron,” Scott said. “He was like a fun dog to have around. What’s the odds of that happening? Everybody liked the dog.”

Scott left Vietnam in July 1967 and then spent a year flying C-123s in Germany. He retired as a major in 1978 after 24 years in the Air Force, including 10 years in Florida. He was trying to work his way through the University of South Carolina but dropped out and joined the Air Force in 1955 with hopes of becoming a pilot. Scott went to aviation cadet school and got his commission as a second lieutenant. He got his bachelor’s in business administration from the University of Nebraska at Omaha in 1965. Scott met President John F. Kennedy during the Cuban Missile Crisis in October 1962 while assigned to an Air Force radar squadron in Key West, Florida.

“I tell people I had a great career. I enjoyed all of it except the times I was getting shot at,” he said.

After leaving the Air Force, he managed condominiums on the beach in Destin, Florida, for more than 20 years until he retired.

He and his wife of 60 years, Carole, reside in Fort Walton Beach, Florida. Their daughter, Sandi Boggs, lives in Daytona Beach, Florida; and their son, Rusty, resides in Fort Walton Beach. They have four grandchildren. At 86 Scott enjoys tending to his 1,200-square-foot garden. That probably comes from his days growing up on a farm in South Carolina. He is a member of the Daedalians.

Scott shared his thoughts on this nation’s commemoration of 50 years since the Vietnam War.

Editor’s note: This is the 302nd in a series of articles about Vietnam veterans as the United States commemorates the 50th anniversary of the Vietnam War.