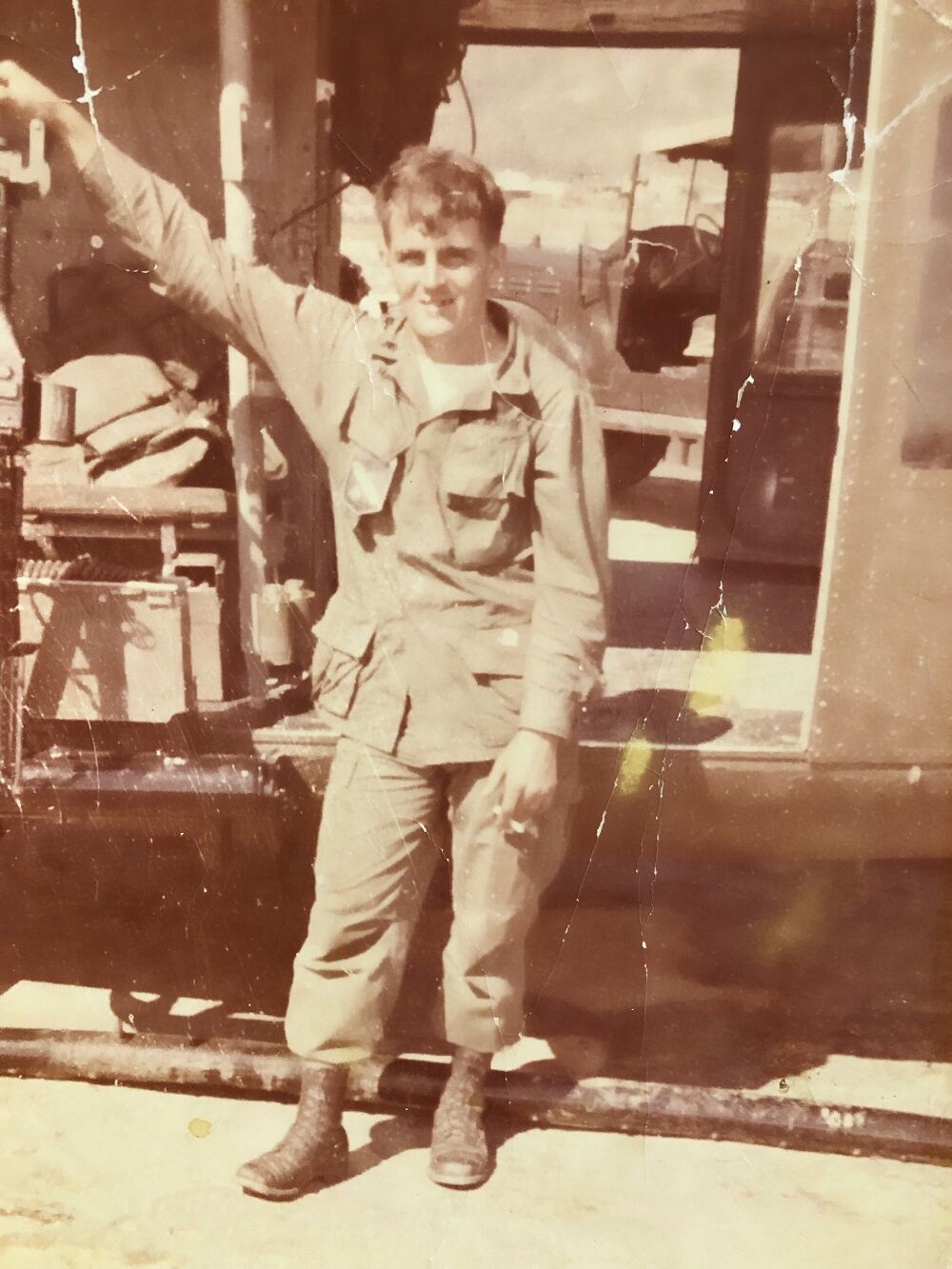 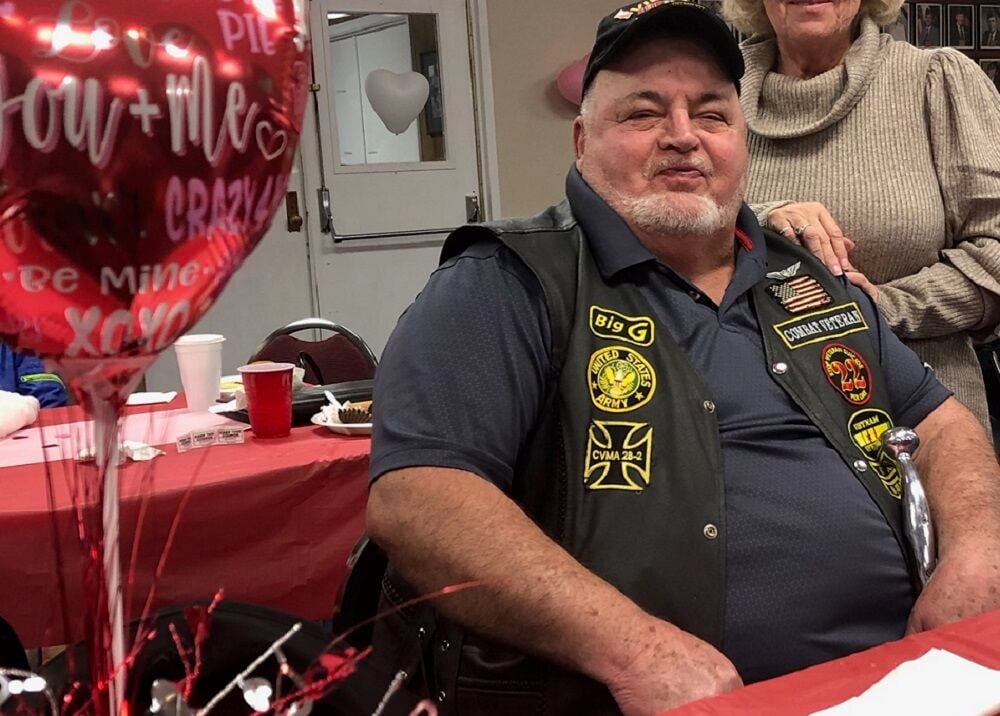 Pvt. Gary Hallman wanted to be where the action was in Vietnam.

So when the 20-year-old arrived there in December 1967 as a field wireman with the 22nd Ordnance, he asked for a transfer to a helicopter unit. He joined the 281st Assault Helicopter Company, known as the Intruders.

“I was a door gunner. I loved my job,” Hallman said. “I was young, didn’t care. I wanted to see some action.”

He saw action aplenty as a door gunner on a UH-1 Huey helicopter from 1967-68. The helicopters would transport Special Forces troops to a landing zone then return to pick them up when necessary.

“If the men we put into an LZ got in trouble, we’d go into the A Shau Valley with 15 helicopters and come out with six or seven. Had three or four gunships and one got blown up in the sky,” Hallman said.

He was among a four-man crew on his UH-1 Huey. They’d fly in with a fleet of at least 10 Hueys plus gunships. The fleet would fly out of Nha Trang and up to Phu Bai.

During one flight from Nha Trang in 1968, his helicopter’s engine quit but the pilot was able to safely make an emergency landing in “the middle of nowhere,” Hallman said. “Our company commander was with us and it didn’t take long for them to get out there and get us.”

In 1968 the draftee returned home and left the Army. He was out for about seven months but he couldn’t find a job during a gasoline shortage. So he rejoined the Army and left for his second Vietnam tour, 1969-70.

But his helicopter unit was going home so he reported to a signal unit as a wireman for switchboards and phones on an Army compound in Phu Bai. He said he didn’t like that year in which he saw little combat.

“I was a switchboard operator. I was a company commander, a CO’s (commanding officer’s) driver, and a bartender in the NCO Club,” Hallman said.

“Made a lot of tips,” he added laughing. “You think the privates drink, you ought to go to an NCO Club and see the sergeants and whatever.”

Asked what he most remembers from his two tours in Vietnam, Hallman recalled seeing a gunship blown from the sky, a wounded warrant officer, and the many caskets readied for the trip home. He earned the Air Medal with “V” for valor, the Vietnamese Cross of Gallantry, the M-14 expert badge and the M-16 expert badge.

Both times he returned home through Seattle, Washington, however, he was called names and spat at by war protesters.

“The Army told us to wear our civilian clothes home. I wore my uniform. I’m proud of my uniform,” he said. “People would come toward you and instead of coming to walk by you, they’d come to the left or right away from you. They called us ‘baby killers’ and ‘women killers.’ But the people didn’t know what the Viet Cong did to the women and children down there.”

Hallman was born in Altoona, Pennsylvania, and raised on a farm in Reliance, Virginia, between Winchester and Front Royal. He was the oldest of 10 boys. His father and stepfather were both World War II veterans from the Army. Hallman didn’t finish high school but would later get his GED through the Army. He was drafted into the Army in April 1967.

After leaving Vietnam, he was sent to Redstone Arsenal and then to Fort Campbell, Kentucky, where he left the Army in 1973 as a specialist 4.

Hallman, 73, lived at the Tut Fann State Veterans Home for more than two years until he left July 17 to return home to Hazel Green. He and his wife of 46 years, Judy, his fourth wife, bought their house there 15 years ago.

He has nine sons, four grandchildren and a great-grandson. “And I’ve got a great-granddaughter being born this month,” he said.

He enjoys doing crafts, fishing and spending time with a granddaughter who lives locally. “I spoil her. She’s 8 going on 30,” he said.

Hallman, who uses a wheelchair, is a member of the American Legion, Post 237 on Drake Avenue. He shared his thoughts on this nation’s commemoration of 50 years since the Vietnam War.

“All I know is they need to take care of these veterans,” he said. “These veterans are dear to my heart. And America needs to wake up and support these vets. These vets made America great.”

Editor’s note: This is the 279th in a series of articles about Vietnam veterans as the United States commemorates the 50th anniversary of the Vietnam War.