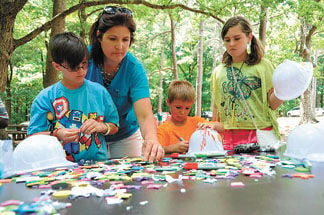 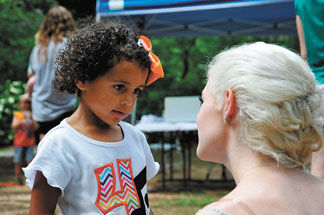 The Engineering and Support Center, Huntsville conducts an Engineer Day awards ceremony each year to recognize the organization’s best. The awards ceremony is part of an all-day event that also recognizes the Army’s birthday June 14 and the beginning of the Corps of Engineers June 16.

This year’s event June 5 at Monte Sano State Park included awards, food trucks, board games, softball and volleyball tournaments, horseshoes, face painting, culinary herbs and many other activities, all organized by the Huntsville Center Activities Association and the many volunteers needed to plan and execute the day.

Individual and team awards presented in 12 categories were:

• Engineer of the Year: David Braidich, Medical Facilities Center of Expertise and Standardization

In addition to the Engineer Day awards, several commanders’ awards were presented.

• Geordelle Charles, Contracting Directorate, received a Certificate of Appreciation signed by the Katherine Hammack, assistant secretary of the Army for installations, energy and environment; and a letter signed by Amanda Simpson, Office of Energy Initiatives.