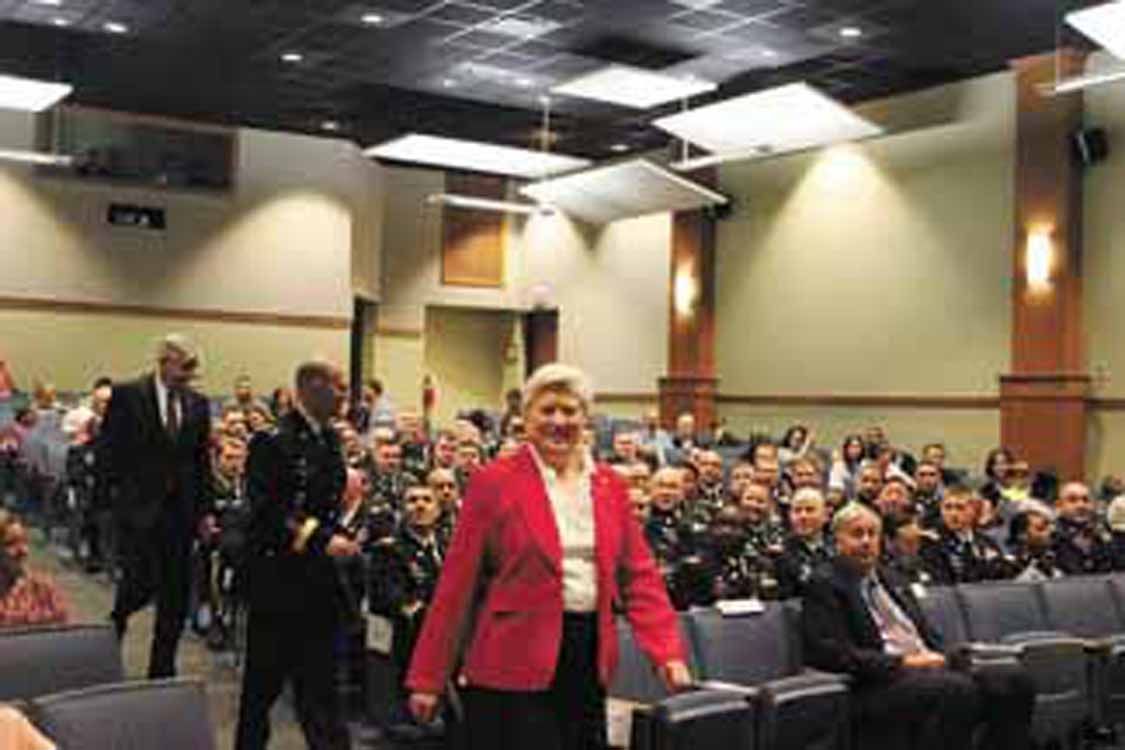 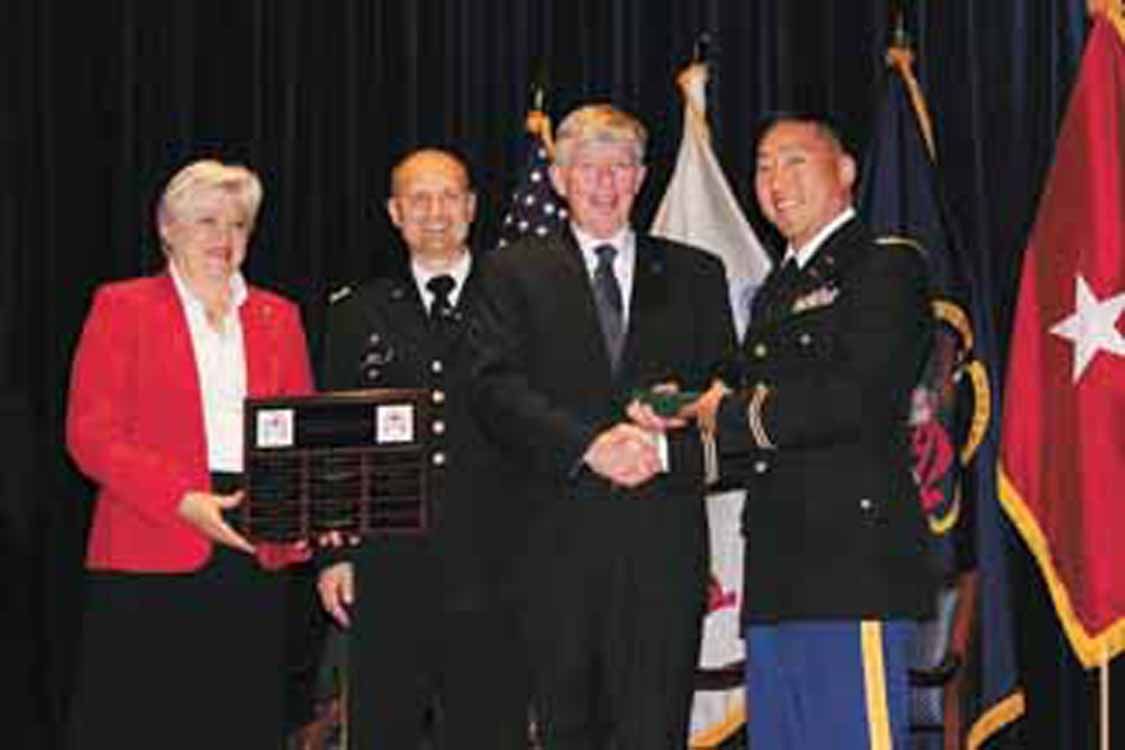 Friday’s first graduation of 2015 for the Command and General Staff School was bittersweet for campus director Mary Goodwin.

She will retire Thursday, culminating four decades of serving the Army both in uniform and as a civilian. The Springdale, Ohio, native, who served in the Army from 1975-2004, has led the Redstone campus since its inception in January 2010.

“After nearly 40 years with the Army, I face retirement with mixed emotions – sad to be leaving the people and organization but glad to be able to spend time with grandson and my siblings as I approach my golden years,” Goodwin said.

Goodwin, who was inducted into the Ordnance Hall of Fame in May 2004, is married to retired Lt. Col. Dawson Scott Goodwin. They plan to reside in Covington, Louisiana, to be near their grandson.

Graduation speaker Brig. Gen. Ed Daly, the Army Materiel Command deputy chief of staff, presented her a memento at the start of his remarks. “Ma’am, I just want to tell you how much we appreciate your service,” he said.

Daly told the 64 graduates of the four-month Command and General Staff Officer Course to maintain balance, keep their family focus and don’t let obstacles bring them down.

“You are our future and we need you,” Daly said.

Maj. Nelson Sunwoo, who is from Chicago and stationed at Aberdeen Proving Ground, Maryland, was the top graduate. He is a nuclear operations officer with the 20th Chemical, Biological, Radiological, Nuclear and High-Yield Explosives Command.

“It was a great course. I learned a lot from my fellow students and the instructors,” Sunwoo said. “I really appreciated the different views and experiences the students brought in.”

The graduating class’ gift Friday was a photo of the signing of the end of World War II in the Pacific theater. It showed Gen. Douglas MacArthur seated on the deck of the ship USS Missouri on Sept. 2, 1945, with the Japanese representatives and in the background a number of U.S. service members. The graduates signed the mat surrounding the picture and placed a commemoration coin and a CGSS coin within the mat.

Here are the graduates of Command and General Staff Officer Course class of 2015 01; the graduation ceremony was held in Heiser Hall: