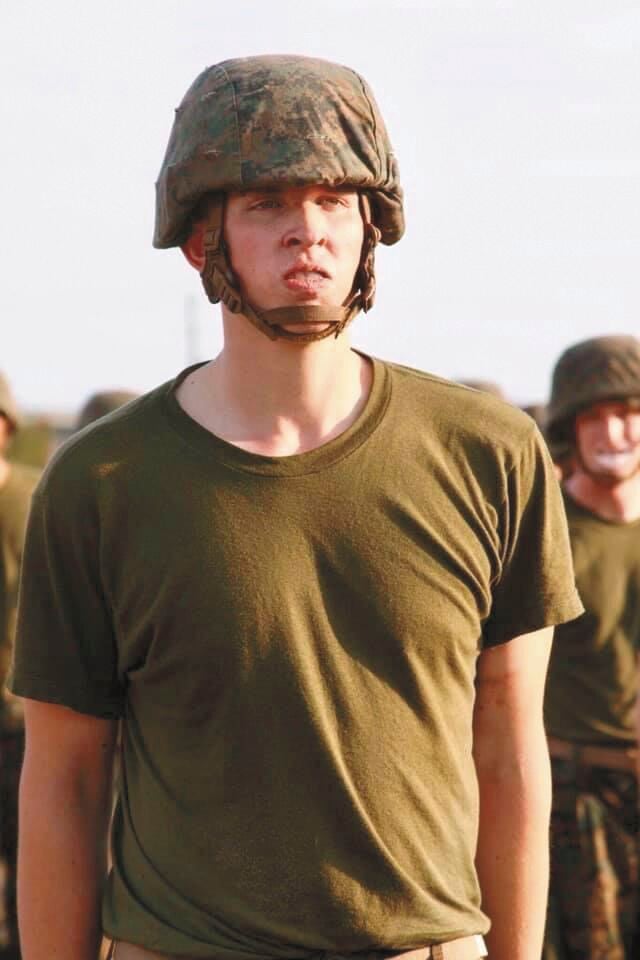 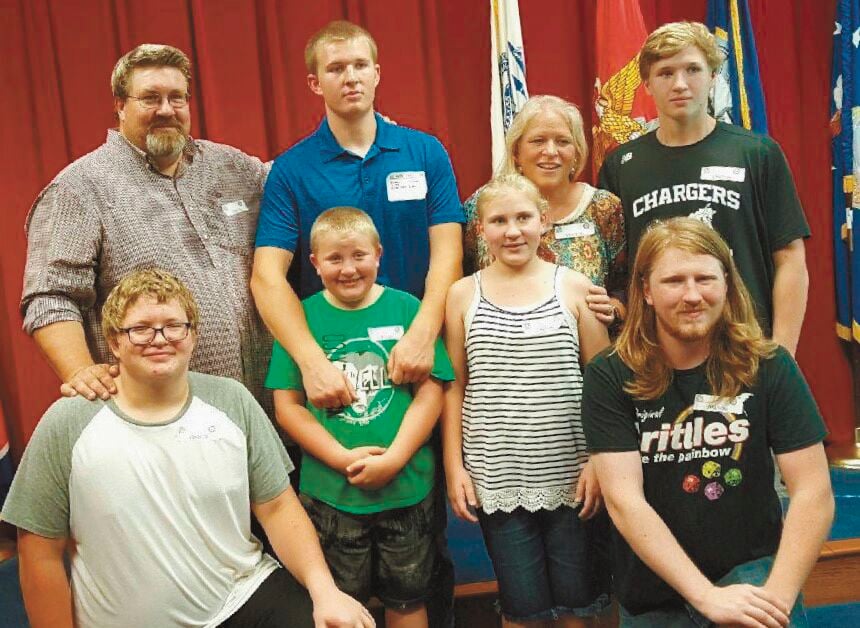 This is the last photo of the Bolen family before Zachary’s death, taken immediately after he was sworn into the Marines at the Nashville Military Entrance Processing Station in Nashville, TN, on Sep 19, 2016.  Pictured on the back row, left to right are Bob Boland, Zachary, Sam Boland and Nathaniel.  Front row, left to right, are Carson, Benjamin, Katie Grace, and TJ.

This is the last photo of the Bolen family before Zachary’s death, taken immediately after he was sworn into the Marines at the Nashville Military Entrance Processing Station in Nashville, TN, on Sep 19, 2016.  Pictured on the back row, left to right are Bob Boland, Zachary, Sam Boland and Nathaniel.  Front row, left to right, are Carson, Benjamin, Katie Grace, and TJ.

From the time his parents took 11-year-old Zachary Boland to the National Museum of the Marine Corps in Quantico, Virginia, he had one plan for his future: to become a Marine.

But Boland died on November 4, 2016, while in basic training at Parris Island, South Carolina. He was an 18-year-old private first class.

His parents, Bob and Sam Boland of Madison, and their surviving five children, now have an honor no one wants: they are a Gold Star Family of a service member who died while serving in the military.

The Bolands will visit Zachary’s grave in Spring City, Utah, his mother’s hometown, for the first Memorial Day since he died.

With difficulty, the parents recently reflected on the events that led to Zachary’s death.

“Like any recruit, he had to pass some stringent physical standards” before enlisting, said Bob Boland, who spent 31 years as a special agent and now works as a branch chief and quality manager for the Bureau of Alcohol, Tobacco, Firearms and Explosives at Redstone Arsenal. “On the front end, he was perfectly healthy.”

While in-processing and before being assigned to a training company, a corpsman walking the line noticed that one of Zachary’s legs was red. He was flagged for having a possible blood clot and was “immediately pulled out,” Boland said.

The diagnosis was later changed to cellulitis, a common but serious bacterial skin infection, his mother said. “The humidity, stress, it’s a very common thing to get,” said Sam Boland.

Zachary was hospitalized and treated with antibiotics. Meanwhile, he was placed for training purposes in a special holding company in a medical rehabilitation platoon.

He was released from the hospital and still recovering when Hurricane Matthew approached the region, and the entire base was evacuated for several days to Albany, Ga. During that time, Zachary had no medical attention or follow-up.

But when he returned to Parris Island, “He felt good,” said his father. “He was told if he passed his agility test, he could return to his training company. He did his physical agility test and passed it with flying colors, and no issues.”

Zachary was cleared for training and assigned to Fox Company of the 2nd Recruit Training Battalion, but one week into the process, the entire group of recruits fell ill.

“Everybody got sick. They all had colds,” said his mother. “You put 82 people from all around into one barracks room; they just get sick.”

Zachary’s symptoms were akin to flu or cold, said Bob Boland. “Feeling lousy, weak, coughing. I’m sure in his mind he was thinking: ‘Damn!’”

Despite his illness, Zachary felt the need to press on. During a three-mile run one day, “he barely finished it,” said his father. “At the end of the run, he was struggling to breathe.”

His drill sergeant questioned Zachary, who insisted he was fine. He was given additional physical training. Little did he or his superiors know, “He’s dying from pneumonia,” said his father.

Some of his fellow recruits, who knew Zachary was suffering from diarrhea and vomiting, encouraged him to report his symptoms, said his mother, but “he didn’t want to get put back into the medical unit again.”

The Bolands’ son was training while his organs were failing.

“If they had done a blood test, they may have realized he had an infection,” said his father. But reporting problems he was having was his responsibility, and Zachary was trying to be “tough, mean and strong.”

His parents were unaware of the continued issues Zachary was having. Their last news was that he had been released while recovering from cellulitis –until the knock at the door around midnight. Two Marines in uniform, including a casualty officer, came to deliver the news that Zachary had died.

Looking back, his parents believe that Zachary accomplished his number one goal in joining the Marines.

Even while in middle and high school, “a lot of what he did was tied to his desire to be a Marine,” said his father.

Zachary learned to box, became an Eagle Scout at 14, and at James Clemens High School, where he graduated in 2016, joined JROTC, and played football to get into shape and be part of a team.

“He saw everything as a path to being a Marine,” said Bob Boland. “At 11, he decided to be a Marine and he never wavered. He was all about ‘This is what I want to do. This is who I want to be.’ He never gave us any inkling he wanted to do anything else.”

“Not a day goes by that he isn’t part of our life,” said Bob Boland. “Every Gold Star Family has that experience.”

The Bolands’ oldest son, T.J., 25, is an opera major in his senior year at the University of North Alabama. Their other children are Nathaniel, 22, a corporal in the Marines, assigned to Marine Corps Air Station Yuma in Arizona; Carson, 18, a 2021 graduate of James Clemens High School who hopes to go on a mission through the Church of Jesus Christ of Latter-day Saints; Katie Grace, 15, a rising ninth-grade student at James Clemens; and Benjamin, 13, a rising eight-grade student at Liberty Middle School.