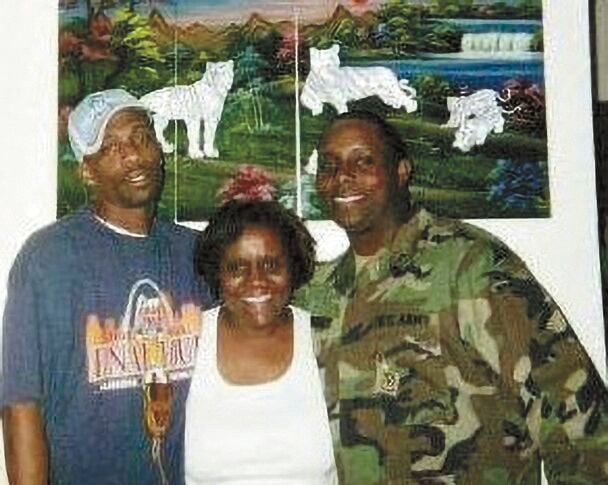 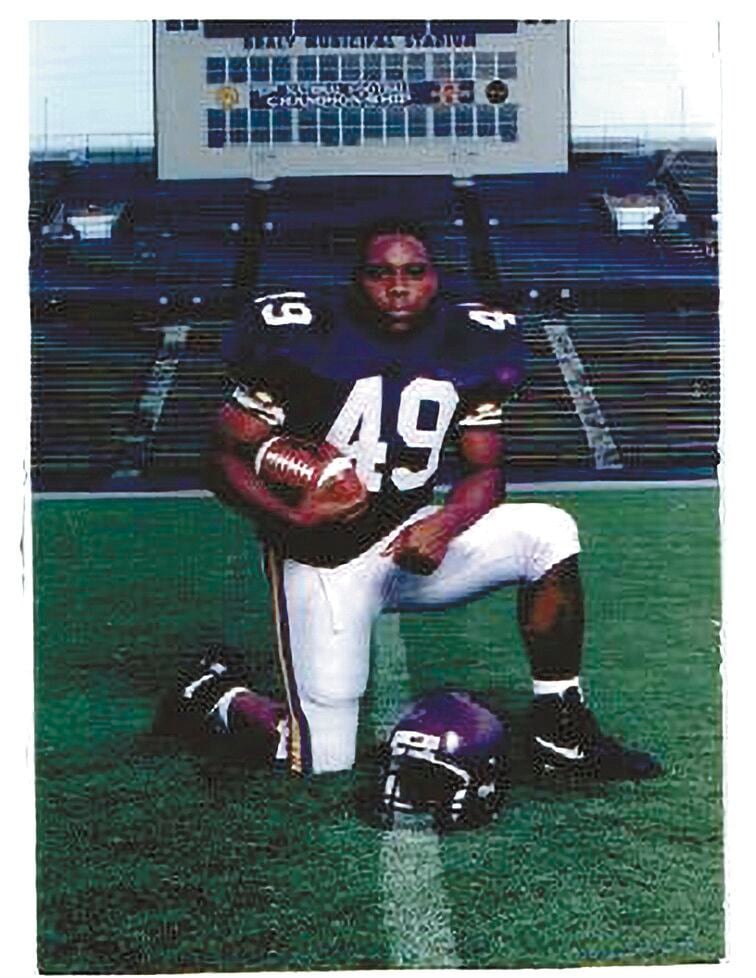 Staff Sgt. Tyrone Campbell played football for the University of North Alabama prior to joining the Army. 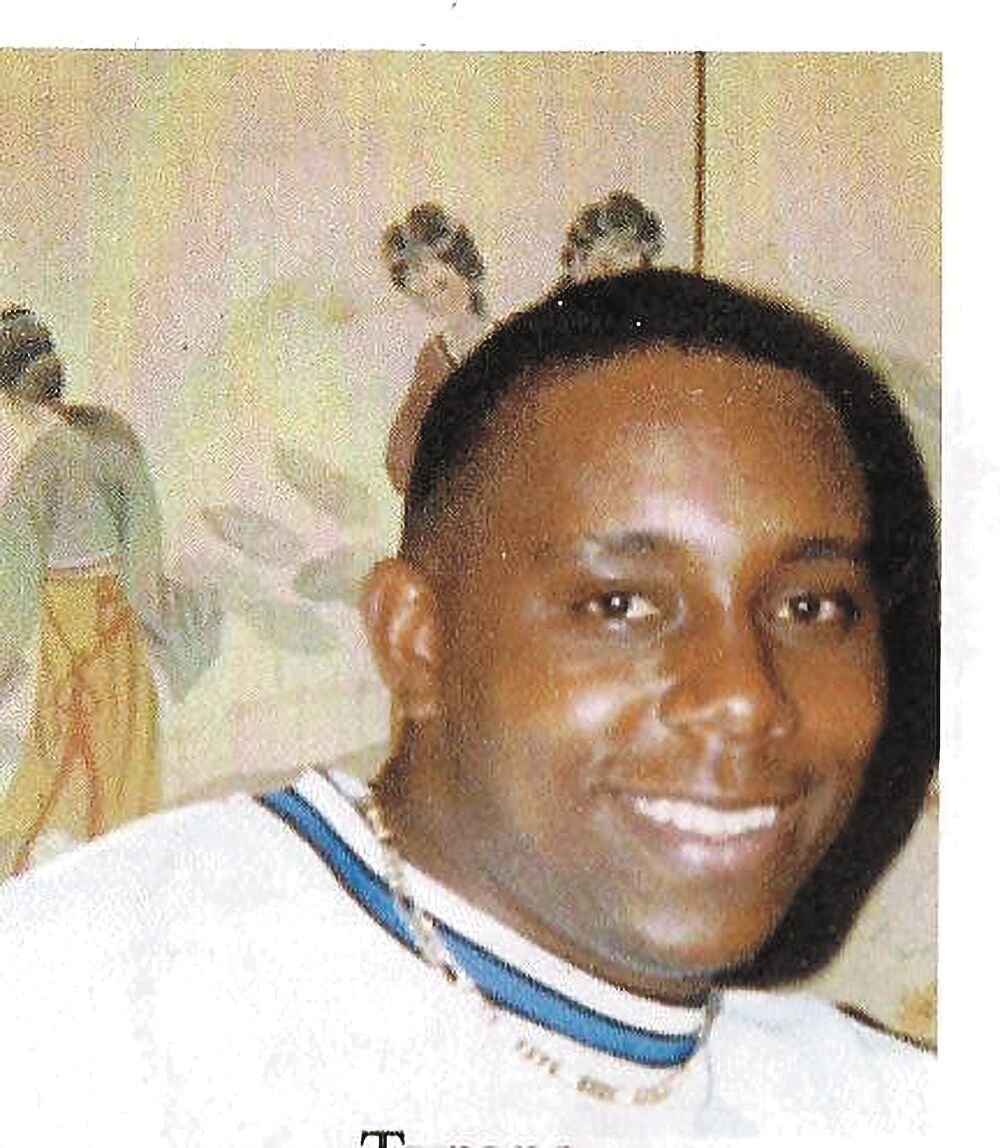 Staff Sgt. Tyrone Campbell played football for the University of North Alabama prior to joining the Army.

Staff Sergeant Tyrone Campbell loved playing football. He was adventurous. He was caring.

So, it was no surprise that he thrived after he joined the Army in his early 20s, but in 2006, Campbell died unexpectedly due to an undiagnosed heart condition, while still serving in uniform.

Life before the Army

Campbell was born in 1974 and growing up his mother, Vanessa Bone, said he was mild-mannered and didn’t have any difficulty following the rules. It was so rare for Campbell to get into trouble, the few times he did still stand out in his mother’s mind today.

“One time he actually called me and told me he was in trouble,” she said. “He was in high school, actually, and this guy kept flicking him.

“He kept telling him to quit, quit, quit and the guy wouldn’t quit. So, Ty just body slammed him. He loved wrestling.”

When the principal at Butler High School talked to Bone, he was as surprised as she was and in the end she said she doesn’t think they really disciplined Campbell for the incident.

The one thing Campbell loved more than wrestling, or anything else for that matter, was football.

He started playing when he was five years old.

“I remember one day he was playing and he got hit bad,” Bone said. “He was like ‘Oh I’m in pain.’ I said, oh he must really be hurt, because Ty has heart.

“I took him to the emergency room, and he had actually cracked his collarbone. Otherwise, he would’ve stayed in the game.”

Life in the Army

He was playing football at the University of North Alabama when he decided to join the Army.

Campbell’s father was a Marine, so military life wasn’t anything new to him. Like many military children, he had lived in a number of places. His mother said Campbell had decided it was time for him to have some of his own money and that’s what led him to enlist.

In the Army Campbell dealt with helping Soldiers sort out their leave and getting paid.

One of the things he enjoyed most was the physical training involved with being a Soldier.

“He would always lead the pack,” Bone said. “He had to stay in shape, especially once he had kids. He was like ‘I have a daughter now. I have to really stay in shape.’”

Campbell met his wife, Alisha, who was also a Soldier, while he was in the Army.

The couple had a daughter, Avyon, and two sons, Tyree and Latrelle.

“He was an awesome father,” Bone said. “He loved his kids.”

Bone added he was an awesome big brother to Dewayne and began looking out for him as soon as he was brought home from the hospital.

Campbell’s wife, Alisha, said he thrived as a father and a husband.

“Tyrone was a family-man and insisted he have one day out of the week as "his day" to prepare dinner. He loved baking and grilling,” she said.

On Saturdays, he and Alisha arose early, before the kids, to prepare breakfast together for the family. When they traveled he ensured that the semi-annual vacations “would encompass the fabric of his family,” Alisha, said.

On the day he died, Campbell started the day with a run. He came home and took a shower. Nothing seemed out of the ordinary, except Campbell was a little tired after getting ready to go back to work and he decided to lie down for a quick nap.

“My grandson told his mom, he was like ‘I can’t wake dad up,’” Bone recalled. “She was like ‘What do you mean, just shake him harder.’ Then she tried to wake him up and she couldn’t.

“So, she called me and I’m on the phone and I hear her screaming and the paramedics come in and I’m like ‘Oh my god.’

“I think he had been gone for too long and they wouldn’t even try to revive him,” Bone said.

“That’s all I remember, except the thing that all parents remember, and that’s the knock on the door with the chaplain and the Soldier.

“That’s something you never forget. It’s engraved in all of our lives. You remember exactly where you were when you heard the news.”

Like many other Gold Star Families, Memorial Day is a special day for Bone’s family. She recalled the last Memorial Day she spent with her son. He was stationed in Texas at the time but had decided to go visit a cousin in Memphis. Being so close, Bone didn’t want to miss the opportunity to see her son, so she hopped in a car and drove over.

“It’s always about keeping in mind the sacrifices but remembering the good and trying to cherish each moment,” she said when asked what Memorial Day meant to her. “That’s why I was so grateful I made that trip.”

Today, Bone keeps her son’s memory alive in many ways. He loved zoos, so she visits a zoo whenever she gets the chance. He was adventurous, so Bone draws courage from that, like when the opportunity presented itself to go kayaking for the first time.

“Just cherish each moment, and try to live life with no regrets,” Bone said.