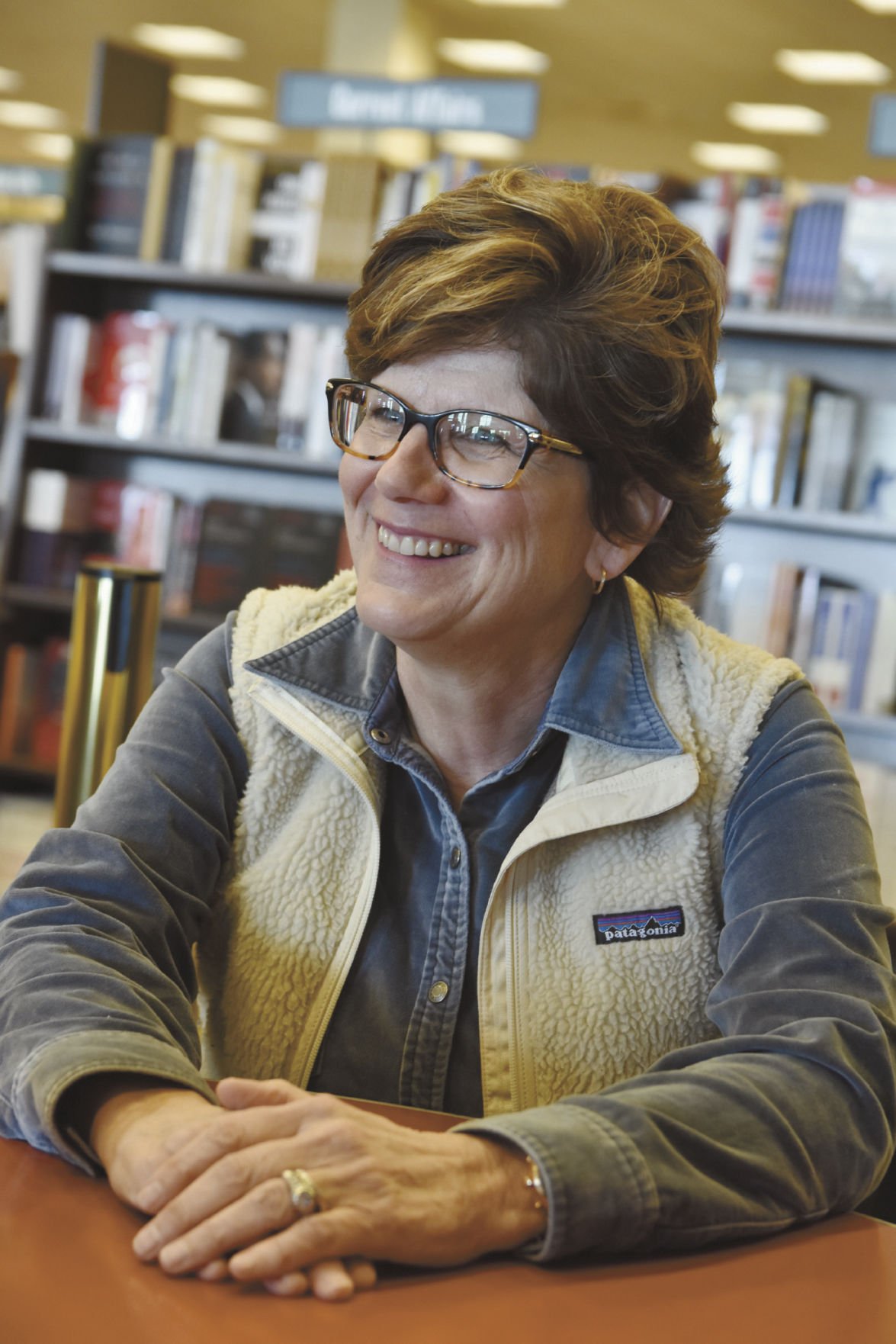 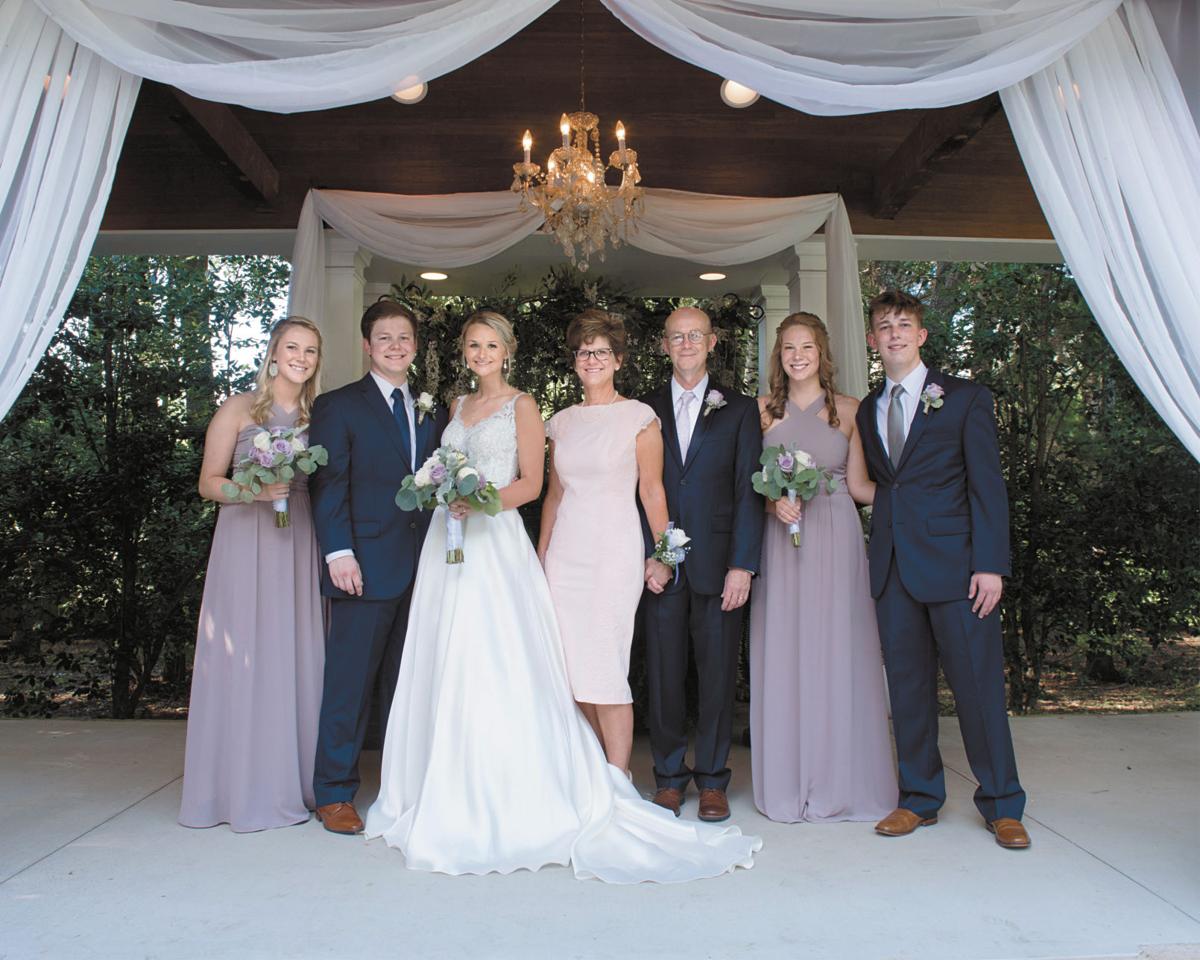 It is an intensely personal decision that women face – whether to be a stay-at-home mother or to work outside the home.

It is called off-ramping, leaving the workforce for a period of time. The Pew Research Center reported in 2016 that 18 percent of parents were stay-at-home parents. The number had crept up to 20 percent in 2010 in the wake of the Great Recession after a historic low of 15 percent in 2000.

Cynthia Stewart was one of those 15 percent.

Stewart grew up in East Tennessee, the daughter of an orthopedic salesman and high school math teacher. Stewart said that her mom had always dreamed of being a biochemist, which influenced Stewart when choosing a major at the University of Tennessee. But after a few classes, Stewart realized that she wanted to follow a different path and changed her major to electrical engineering, joining both of her engineer siblings.

“I realized that (in biochemistry) you had to spell way too many big words,” Stewart joked. “Autocorrect didn’t exist at the time so that didn’t pan out for me.”

After an internship at IBM in New York, Stewart decided that was not the right fit either and changed her major to engineering science and mechanics, which had such similar course requirements that Stewart was able to stay on track to graduation.

“I didn’t lose anything and for someone changing their major three times, that is pretty remarkable,” she said.

Upon graduation in 1987, she accepted a job at NASA’s Marshall Space Flight Center, working for future astronaut Dr. Jan Davis.

“She is a very neat woman,” Stewart said. “That was right before she got selected. I worked with her for about a year and then she got selected to be an astronaut and left.”

Stewart worked at NASA as a stress analyst, working on pivotal programs for the space shuttle program and the in-house design of the Fastrac engine.

“This was right after Challenger, so my very first job was looking at the redesign for the external tank,” she said. “It was very interesting work.”

During this time, Stewart obtained a master’s degree in mechanical engineering from Auburn University and met her husband Eric at NASA when they both played on a co-ed recreational basketball team. After marrying, they settled in Madison and had their first child, Elijah. Isabel and Griffin followed shortly after. Stewart said that after Isabel, she started to think about leaving NASA to become a stay-at-home mom but was talked out of it by her boss.

“I had Griffin and my nanny was getting overwhelmed,” Stewart said. “She was having back problems. I would get in the car (to go to work) and I kept getting this feeling that God was telling me I needed to stay home. So I went in and told my boss that my nanny was not working out, I needed to make other arrangements and I felt like God was calling me to stay home and that was more important. He looked me straight in the eyes and said, ‘Cynthia, I think you are one of the few women who can handle it all. I think God is telling you to stay at work.’ OK, I will stay at work! I really respected this man, he was a good boss and a great guy. So I stayed at work longer.”

The Stewarts’ fourth child Miriam arrived in 2000 and when she was diagnosed with a milk allergy, Stewart made the decision to stay at home for her first year.

“God said, ‘Well, you aren’t listening to me so I will take it into my own hands,” she said.

One year would become 16.

Stewart was not idle during that time as any stay-at-home mother will attest to – volunteering at her children’s schools, shuttling kids back and forth to their many sports practices and being an active member of Madison United Methodist Church. After serving in multiple volunteer leadership roles in the church, MUMC offered Stewart the part-time position of children’s director. It was that role, Stewart said, that prepared her to return to engineering, even more than the decade she spent at NASA.

“The church work probably helped me do what I am doing now,” she said. “As an engineer you can be so introverted and not interact with people and just do your job and be quiet and I think that’s the scenario I fell into, but if you branch out more into systems and look at more of a project viewpoint, all the church stuff meshes in that working as a team. … . I think it gives you an appreciation of how to work with people.”

In 2016, the four Stewart kids were growing up, with two at Auburn, one headed there and the fourth old enough to drive. With their children older and independent, the Stewarts discussed her return to full-time work.

“We were looking at three kids in college … kids who wanted phones and cars, so they were all for it,” she said with a laugh.

Stewart was nervous, returning to engineering after a 17-year absence.

“Can I get a job? That was the first thing.”

She started to network, talking to friends and contacts. She connected with SES at a job fair at the Von Braun Center and they hired her as a systems engineer in May 2017.

“I was so nervous,” she said. “All of my experience was crunching numbers – modeling, analysis, margins – all that kind of stuff. And I was going into systems engineering which isn’t number crunching. It is more writing reports, interacting, making sure that everything on the project gets done. You do a little electrical, you do a little mechanical, look at drawings – but that was a perfect fit for me.”

Stewart said that the time out of the workforce did not hinder her as she immersed herself in a new type of engineering and in May 2018, was promoted to a managerial position. While her time away did not separate her from her co-workers, her age did, she said.

“I am the oldest engineer in our group including my boss,” she said. “So it’s a little weird. I came back feeling like I have so much experience but I had not done this in so long. I felt like the baby, but I am the oldest one.”

Stewart said that she loved the years at home and would make the same choice again, recognizing that they were fortunate to have that opportunity. Having successfully transitioned back into her career, she had some advice for other women thinking of returning to the workforce.