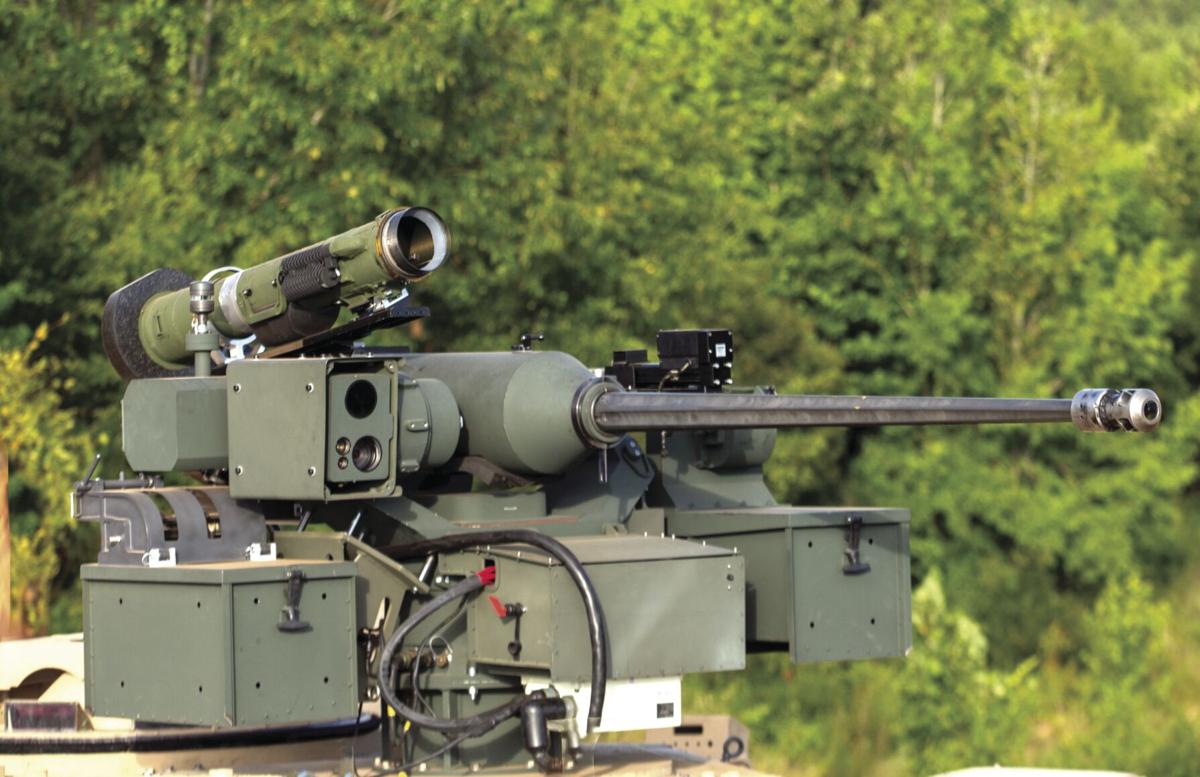 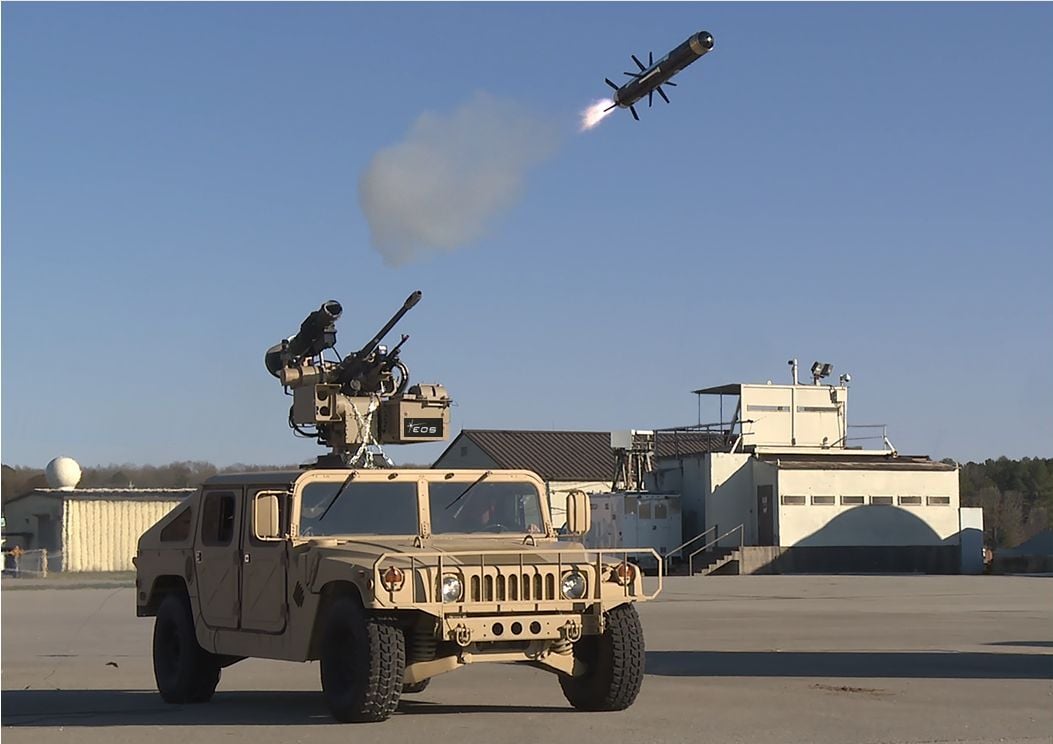 Delivering precise Remote Weapon Stations for American soldiers that carry a lot of rounds and deliver tremendous lethality for the weight and price are key targets for Electro Optic Systems.

“The problem is that at this point, we are decidedly in an unfair fight and that is not to our advantage tactically,” said Phil Coker, CEO of EOS Defense Systems USA about the Army’s current weapon stations. “We think the 30 mm cannon is tremendously important and that’s why we’re putting so much emphasis on the heavy and medium side” with the EOS R800 and R600 Remote Weapon Stations that are scalable and can be networked so individual soldiers can operate them remotely from outside the vehicle or platform.

However, the company also offers high power on on the lighter side too with its R150 that can use up to a .50-caliber machine gun.

“If that’s all our guys and gals have got, we want them to be able to use it accurately,” Coker said. The weapon system is light weight with sensors that allow a soldier to see far distances. “We can let people know when they’re about to get in trouble and at least if all they’ve got is this .50-caliber, they’re going to shoot it very accurately whereas before it was an area fire weapon.”

Coker is a retired brigadier general of the Army. His passion to provide soldiers with the best possible weapons for battle shows as he gets animated when he discusses the remote weapon systems. He uses everything from lovely to exquisite and even eloquent while describing them, while ticking off how lethal the systems are at the same time.

He calls the R800 a “whopping big remote weapons station with a gargantuan gun on it – the Mk44 STRETCH, which can fire a dual feed 30 by 173 mm round, a really big round that’s been used in the Navy a long time but not by the Army.”

To get that kind of performance in the past, he said, you had to put a $1.5 million turret on an armored vehicle, plus the installation costs.

Enter the R800. The remote weapon station can be mounted on any armored vehicle that can hold 2,000 pounds, fully loaded. It requires 11 bolts and two cable passthroughs to secure the system. Once installed, it gives the capacity to shoot about 3km and hit a target within three meters of the point of aim from that distance, Coker said. “It’s a really capable system and shoots like a champ … it will let them win just about any fight.”

If you add a Javelin to it, it’s even more powerful.

“You may not want to start a fight with it, but you can finish any one you get into,” Coker added. “And you can win from far away.”

Imagine a machine gun that normally shoots about 650 meters hitting its target at a kilometer, almost twice its maximum effective range.

“That’s the kind of capability our R800 system delivers,” he said. “It makes a weapon more accurate because of our ability to have it compensate for the negative characteristics of the weapon.”

EOS is also producing a lighter station with its R600 with the capacity to deliver fires at long ranges with light mounts.

“You can literally put rounds out to 2.5 kilometers and hit very small target with it,” Coker said.

These remote weapon stations are important for future deployments so soldiers are ready when they hit the battlefield.

“Your ability to very quickly counter an opponent and effectively apply at the longest ranges, effective force, that is what gives you the ability to win in the end,” Coker said.

Then there’s the R400 that Coker said in some version, has been in production for the past 25 years. It also provides a lightweight 30 mm cannon and can be mounted on a lightweight vehicle.

“If you put it and a Javelin it will reach out to almost four kilometers,” Coker said. “You don’t want to start a fight in a really light vehicle but if you get into one, you need enough firepower to get out of the fight and survive the experience. That is what this system does.”

The lightweight yet lethal systems are what American soldiers need and deserve, he said.

EOS is an Australian-based company which got its start in the space business, mostly focused on laser operation and laser detection in space. Coker said the company’s long tradition of pointing things with incredible accuracy and use of direct energy has allowed EOS to develop precise and high performing weapon systems during its 38-year history.