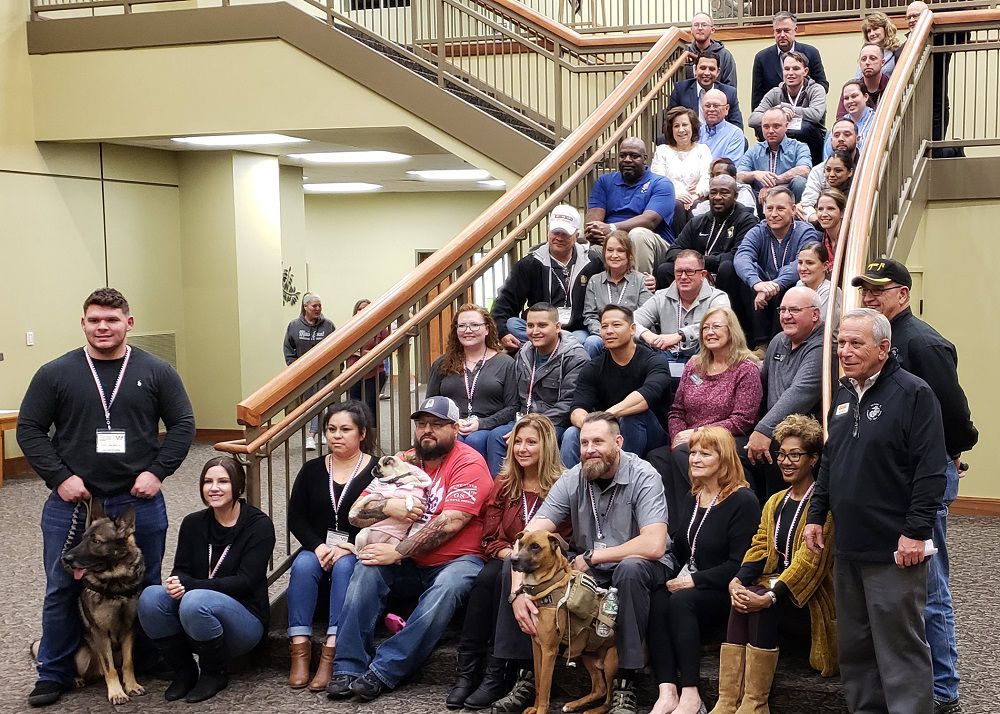 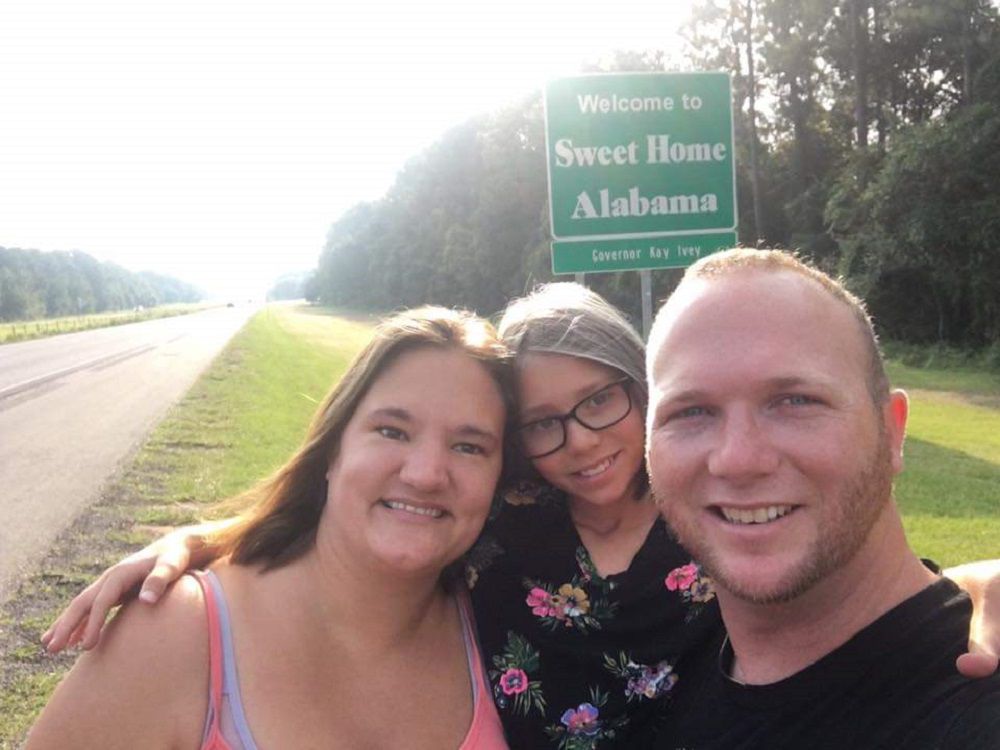 Michael and Jessica Price moved from California to Huntsville because they felt more than hospitality three years ago when they participated in Heroes Week.

“I was shockingly overwhelmed, but not in a negative way, that they would shut down the interstate for us when we arrived and again when we left,” said Michael, a Marine injured while deployed in Afghanistan.

They were looking to move, but Alabama had never crossed their minds until the 2016 Heroes Week visit. The love and appreciation they felt was refreshing. They also liked what the local schools offered for their then 10-year-old daughter Chloe, so they packed up and moved across the country.

For the second year, they will be among the volunteers participating in creating the 2019 Heroes Week activities set for Nov. 6-12. The task force invites the public to join them in welcoming the Heroes on Nov. 6. The arrival ceremonies will be at 1:30 p.m. and 4 p.m., followed by the Westin arrival ceremonies at about 1:45 p.m. and 4:15 p.m. They look forward to it, Jessica said.

It’s not the first time a family moved to North Alabama after participating in Heroes Week, Steve Mozian said. He’s an Army veteran and chairman of the Semper Fi Community Task Force event, which gives a group of 30 wounded warriors and their spouses a cost-free week away from their daily routines. This year will be the 13th year the organization has put it on.

“I’d say 90 percent of our volunteers are either former military or come from a military family so they have a real vested interest in doing this,” Mozian said. “They understand the nuances that go along with setting up events and activities for those who may have been injured physically or psychologically and require a certain type of care.”

The heroes are nominated from any branch of service by their transition unit, which is responsible for bridging the gap between military and civilian life, or getting a Soldier back to active service. This will be the first year the event has included North Alabama first responders like law enforcement, who have been wounded in the line of duty. Organization leadership nominated the first responder recipients this year, said Willie Simmons, a Marine veteran and vice chairman of Heroes Week.

Simmons talks with the nominator as well as the participants in advance of their arrival. The participants come from all over the U.S., with the ones traveling the longest distance this year being four Soldiers from Hawaii.

Michael Price remembers that they had a general idea of what happens during Heroes Week, but they had no idea it would be an experience that changed his family’s life.

What the heroes expect

“We do try to keep it a little vague,” Simmons said with a laugh. “I tell each of them at the beginning of the week that I can guarantee that one, when they leave they will weigh more than when they arrived; two, they will be glad they came; and three, they’re going to be tired.”

Rest time is built into the schedule, but it is an adventure filled week.

“This is to get them out of their normal environment and what they deal with on a daily basis and just really to give them a break,” Mozian said. “It’s really an opportunity, especially for wives and spouses who of are usually a caregiver, to learn they are not alone, as well as share their feelings and tips on how they do things.”

Simmons said they want it to be as stress free and as enjoyable as possible for the heroes.

After a community welcome and police and Patriot Guard motorcycle escort from Huntsville International Airport to the Westin hotel at Bridge Street Towne Center, the week is filled with activities. Some of the highlights include aerial tours of North Alabama and yacht rides on Lake Guntersville. There will be fishing, fun and games, a Day of Beauty for the ladies, and the local Marine Corps Birthday Ball. Every meal is provided, and the heroes also ride in the Veterans Day parade with the Vets with Vettes.

The Prices loved every minute of it.

“It was really nice to meet someone who lives at Lake Guntersville and to see the terrain and rolling hills there,” Michael Price said. “It was nice being on the water, I found it very soothing and that was a big highlight for me.”

The Lettermen of the USA provide signed footballs for Soldiers from their favorite team if they have one.

At last year’s event, the daughter of a 96-year-old WWII veteran with a strong Irish name who fought his way across the Pacific from island to island, asked for a Notre Dame football.

“He was in a wheelchair with feeding tubes but he was dressed up and attended the Marine Corps Birthday Ball – and when he was presented that Notre Dame football we almost had to put on sunglasses in that room because he was beaming so brightly,” Mozian remembers.

“A lot of us had to cover our tears on that one,” Simmons added.

Those type of moments happen a lot throughout the week as the nation’s heroes are honored.

Jessica Price said at one of the church luncheons, as the older women in the congregation were serving she really wanted to have them sit down so she could serve them out of respect for their age.

“One sweet little lady eventually sat down and talked with me, telling me her story and thanking us for everything we’ve had to go through,” Jessica recalled. “I mentioned to her that I really liked her bracelet that had Fourth of July glass beads on it and little flags all over it and I told I thought it was really pretty and I liked it. She took the bracelet off and gave it to me and I told her no, that’s not why I mentioned it. But she insisted saying it was a small way for her to say thank you for our service and thank you for everything.”

Jessica said she cried like a baby afterward and she treasures the gift.

“I told Michael, OK, this is why we’re moving here because people here genuinely care about your service and what you’ve done for our country,” she said.

Other activities will include dynamic and motivational speakers and entertainers throughout the week. There’s also a doctor on call 24/7 from Redstone Arsenal in the event any of the participants need medical attention during their stay.

“We couldn’t do any of this without the support of this community,” Mozian said.

“Each year that I’ve been involved it’s been a great experience. It gets emotional at times … I’ve see people certainly in more dire straits than me and I look at it and how they deal with it and sometimes I can help them but sometimes they help me. ”

“From a personal standpoint,” Simmons said. “I’m disappointed when it’s over because we have to wait a whole year before we do it again.”