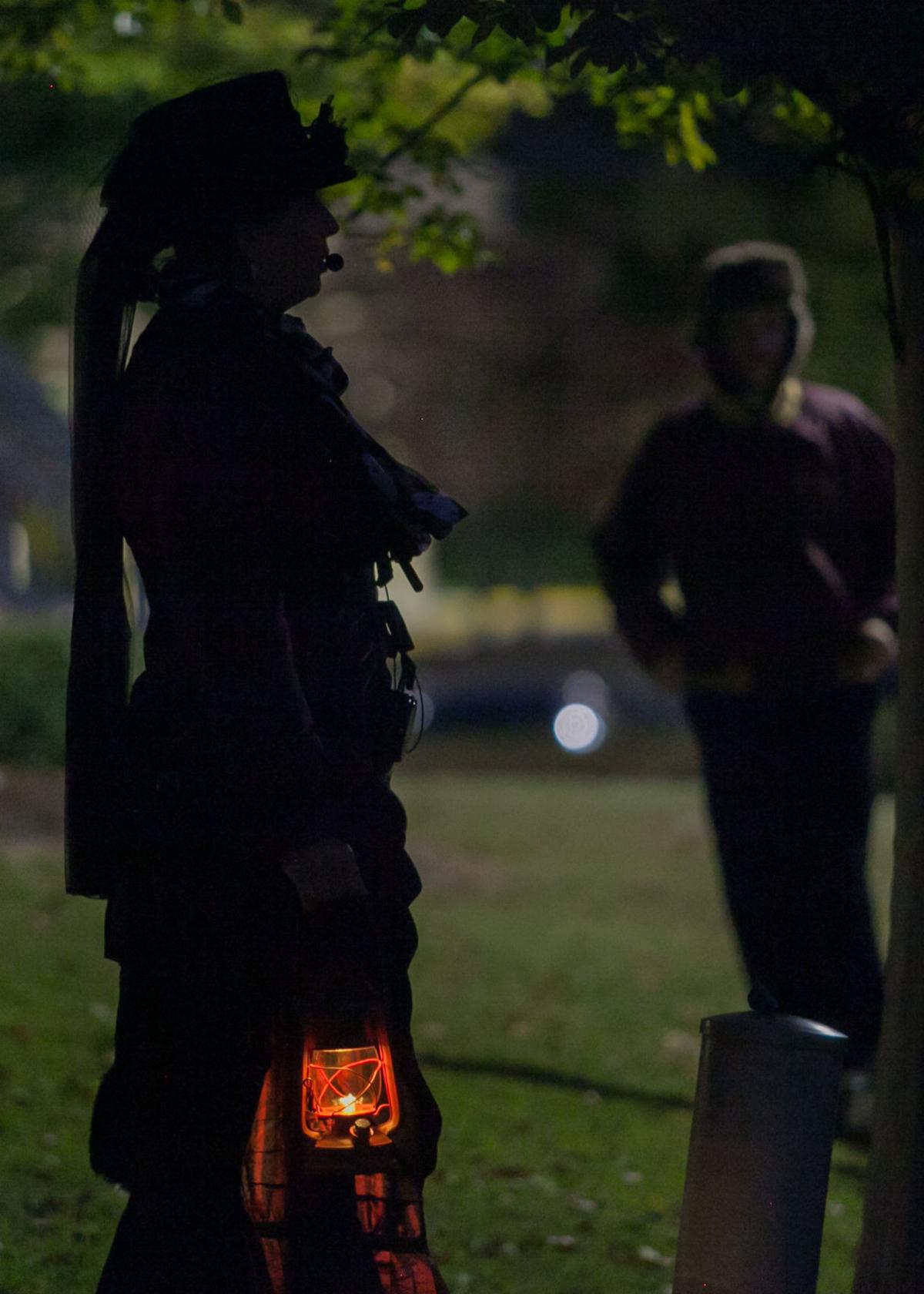 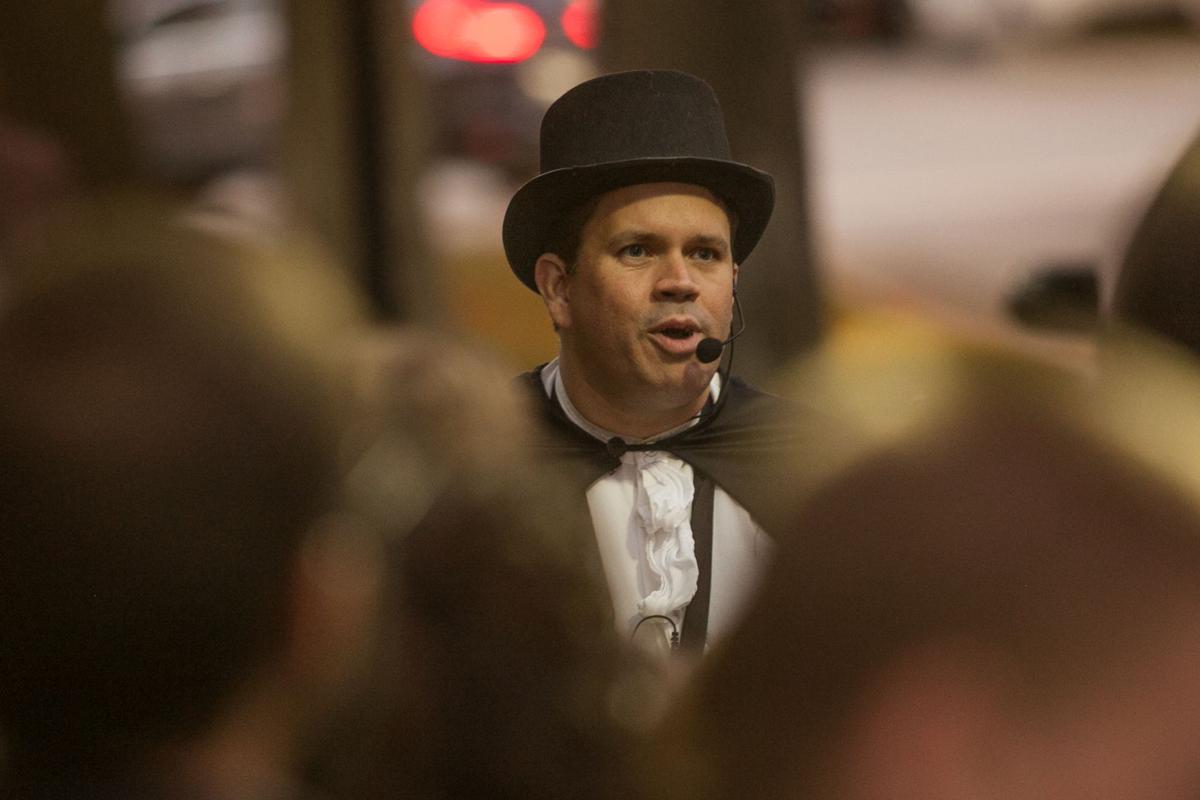 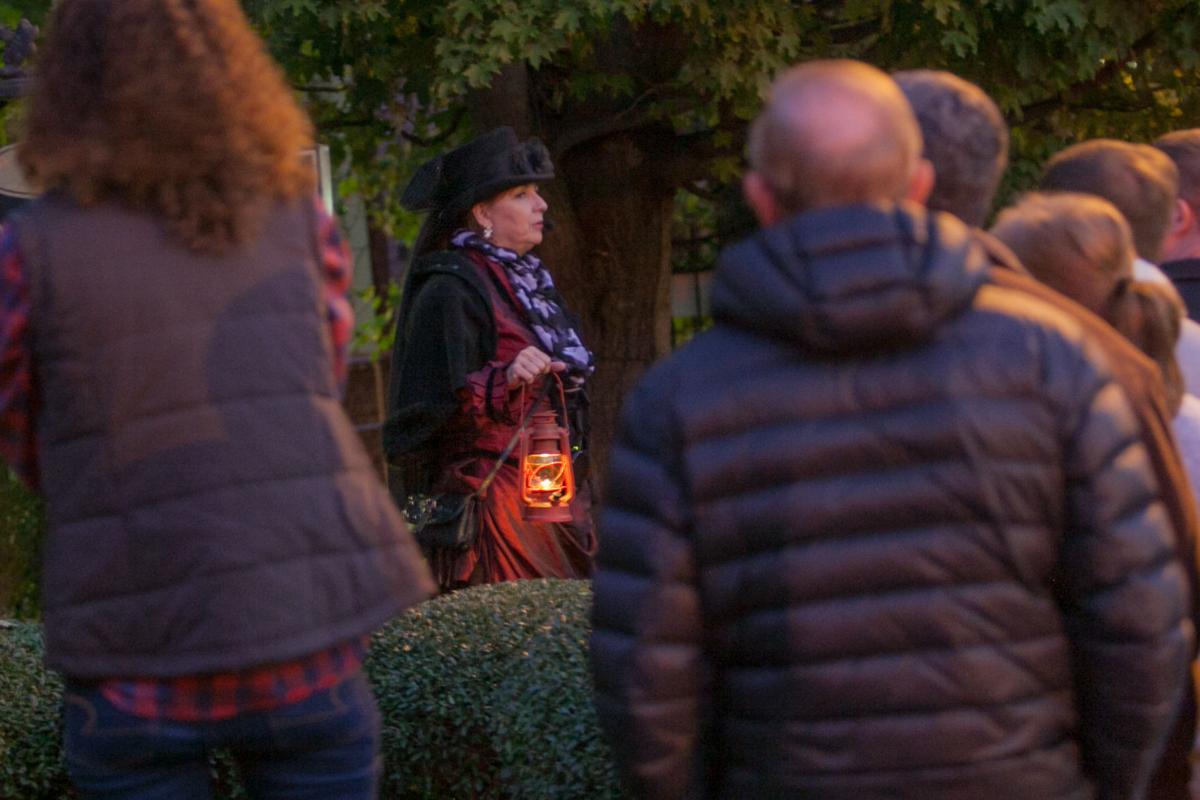 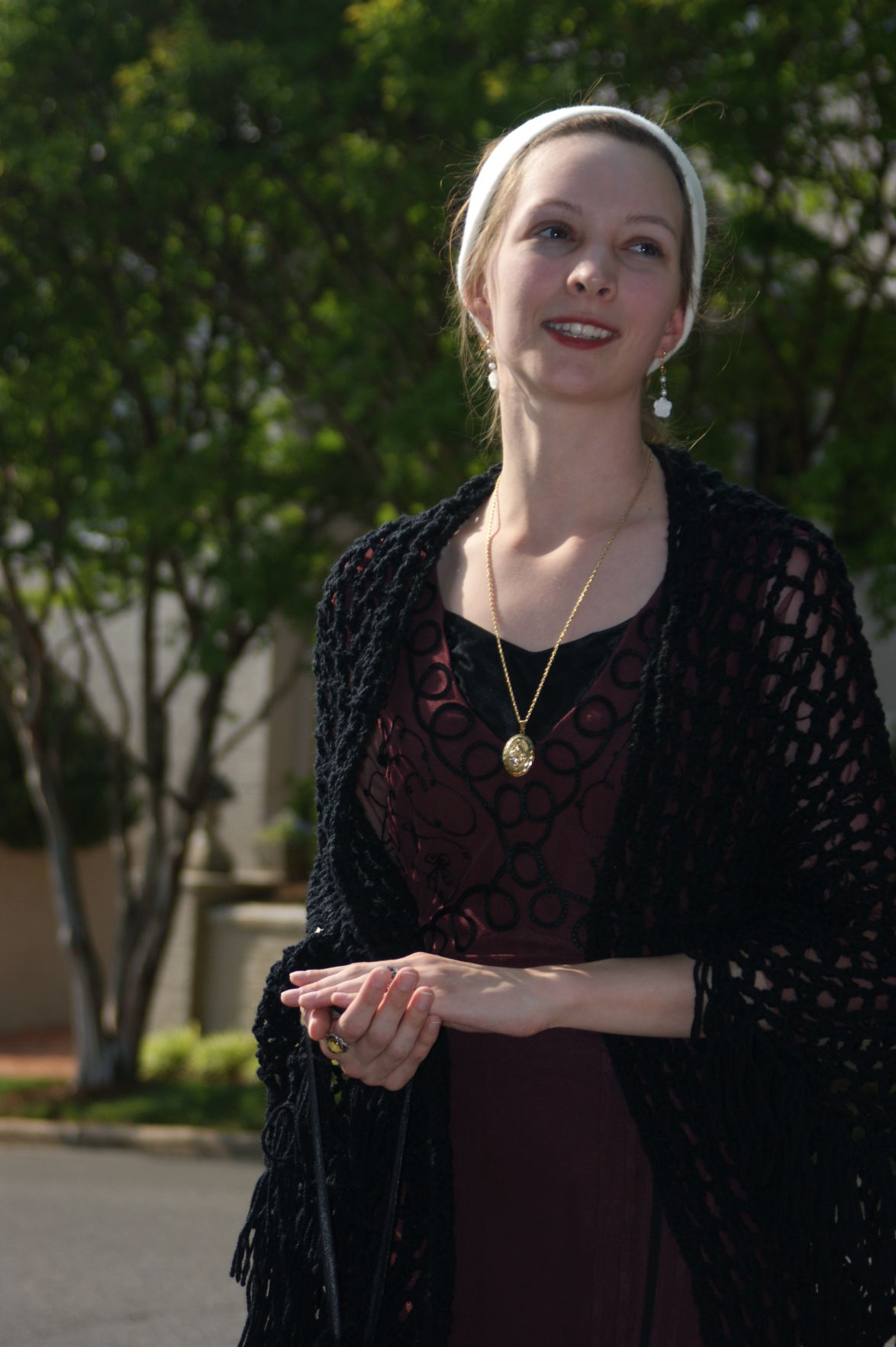 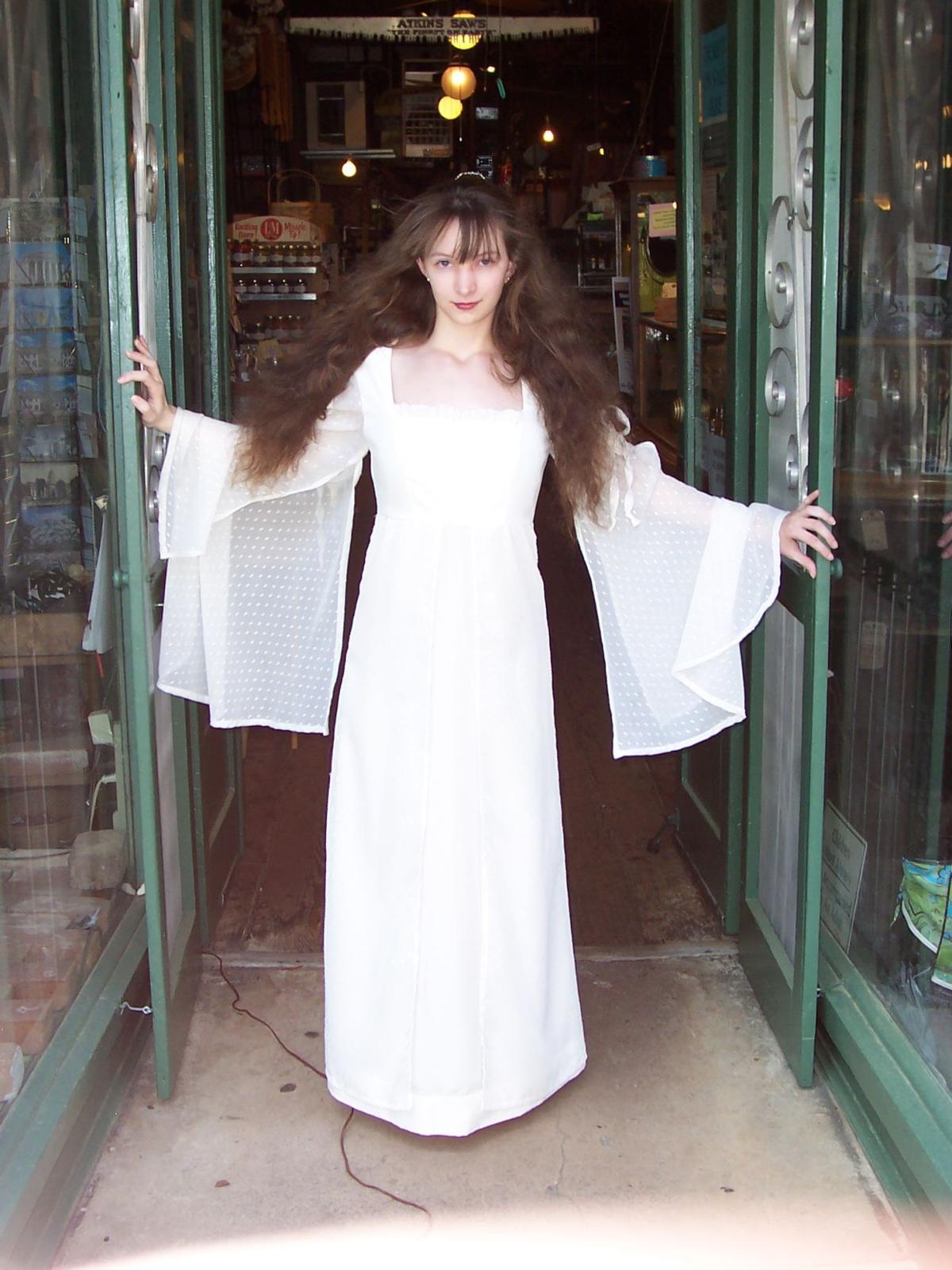 If you are looking for a haunted house experience, Huntsville Ghost Walk is not that kind of thriller.

If you are looking for historical stories about Huntsville with a flair for the supernatural – stories that will raise the hair on your arms and bring a chill to the spine – this might be your kind of evening.

The popular Huntsville Ghost Walk kicks off its 2019 season Sept. 6. Founder Jacque Procter Reeves did not plan to create a ghost tour for Huntsville but when asked to build one as a fundraiser, first she set out to do some research. After taking a disappointing ghost tour through the Gettysburg Civil War battlefield with husband Robert, Reeves left with a clear idea of what she did not want to do. A historian, Jacque said that she was not interested in silly or made-up stories, but instead wanted to create a walk through Huntsville that shared the city’s rich – and sometimes scandalous – past. Turns out, that was what the people wanted.

“The first night we had about 45 people, which was kind of a surprise,” Jacque said. “I had another partner, Kevin Thompson, and Robert – they learned the tour quick and by the third night, we had 300 people. No advertising – this was all word of mouth.”

After the original route’s success, the walk expanded to four routes, three by foot and one on trolley. Jacque said that because of their adherence to accuracy, it takes her around two years to properly research a tour route. The Twickenham route focuses on pre-Civil War and Civil War stories, the Old Town route focuses on the World War I time period and the downtown Huntsville route “has the most murders,” Jacque said. “The kids always say, ‘We want that one!’” Robert added.

When creating the first walk, Jacque hired a medium from Arizona to walk with her and Robert through downtown Huntsville and share what he was sensing. “I have an open mind but I want to see something,” Robert said.

The details the medium sensed and shared with the couple – details confirmed in historical records that would be difficult, if not impossible, to fabricate – turned Robert into a believer. After the meeting, Jacque knew that she was on the right path, figuratively and literally.

With the strong emphasis on history, the tours have become a favorite field trip of schools both local and from surrounding states. In 2018, around 800 students took a Huntsville Ghost Walk, according to Jacque. Corporate groups and somewhat surprisingly, church groups have also participated.

While Jacque and Robert hope that people will leave the walk entertained and educated, they have an additional purpose that has stayed with them from the ill-fated walk through Gettysburg. When they tell the tales of the ghosts and spirits on their tours, they share them with respect and reverence.

“They want us to tell their story,” Jacque said.

For more information about tours and tickets, visit the Huntsville Ghost Walk website at www.HuntsvilleGhostWalk.com or call 509-3940. Dogs are invited to walk as long as they are on a leash, but the Reeves cautioned that often dogs can pick up on things that humans cannot see. While there is no guarantee that any human participants will see a ghost, it might be a different situation for a canine companion.