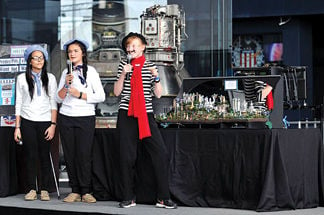 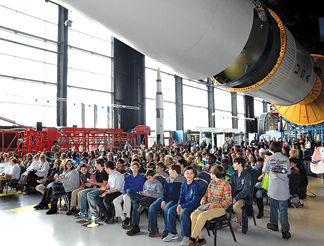 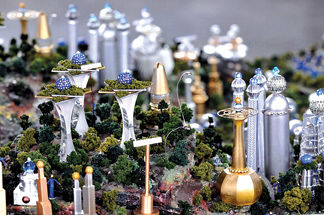 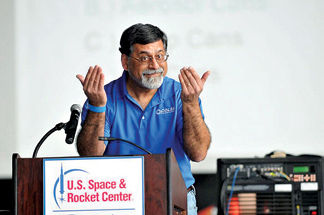 How can we make the world a better place?

Middle school students from across Alabama answered that question at the Regional Alabama Future City Competition held at the U.S. Space & Rocket Center. This year’s theme, “Waste Not, Want Not,” challenged students to design waste management systems for residential and commercial use. Addressing the real-world challenge of sustainability, the students presented their solutions via virtual city design, a written city description and plan, a scale model and a visual presentation to judges.

Coming out the victor was Huntsville’s own Academy for Science & Foreign Language. With that achievement, the ASFL team will represent their region against 36 fellow regional winners at the Future City Competition National Finals in Washington, D.C. What is even more impressive is that all seven members are new to the future city team. Although this was their first competition, ASFL has a tradition of winning and the students said that they definitely felt the pressure.

“We thought that we weren’t going to win because we only won one special award,” said team member Hannah White. “But then they said our school name and everyone started screaming so we couldn’t hear anyone else.”

The competition, an outreach of DiscoverE (Engineering), which aims to inspire a future generations of engineers through events such as Future City and Engineers Week, was the culmination of five months of afterschool and weekend work for the students. Although new to the competition, they arrived with lofty goals.

“Our teachers were our realists because we had big ideas,” said White.

One of the big ideas was to set their presentation apart from the rest with showmanship. Instead of standing in one spot during their seven-minute presentation, the team choreographed their routine to “make it enthusiastic and draw the audience in,” White said.

The students said that they were nervous going into the regional competition, which includes one-on-one interactions with the judges and presentations in front of the crowd for the top five finalists.

“The judges asked us questions and we were on top of it,” said team member Lauren Overton.

While the ASFL students were in it to win it, they didn’t sacrifice their sportsmanship, loaning out their rolling cart to competing teams to transport their models into the competition. They understood that “when you spend four months with the model, it is like your child,” said team member Isabel Waring. A teacher will drive their model city, which they consider the eighth member of their team, to the national competition while the other seven travel by air.

The students have already formulated a game plan for nationals, but it is not strictly business. This will be several members’ first trip to the nation’s capitol and the students hope to schedule in some sightseeing between official events.

Although building their city took hard work, sacrifice of their free time and much negotiation among the opinionated group, the final result is a pretty sweet reward, said the students.

“There was a lot of hot glue gun burns and a lot of spray paint on clothes, but it was all worth it,” Waring said.