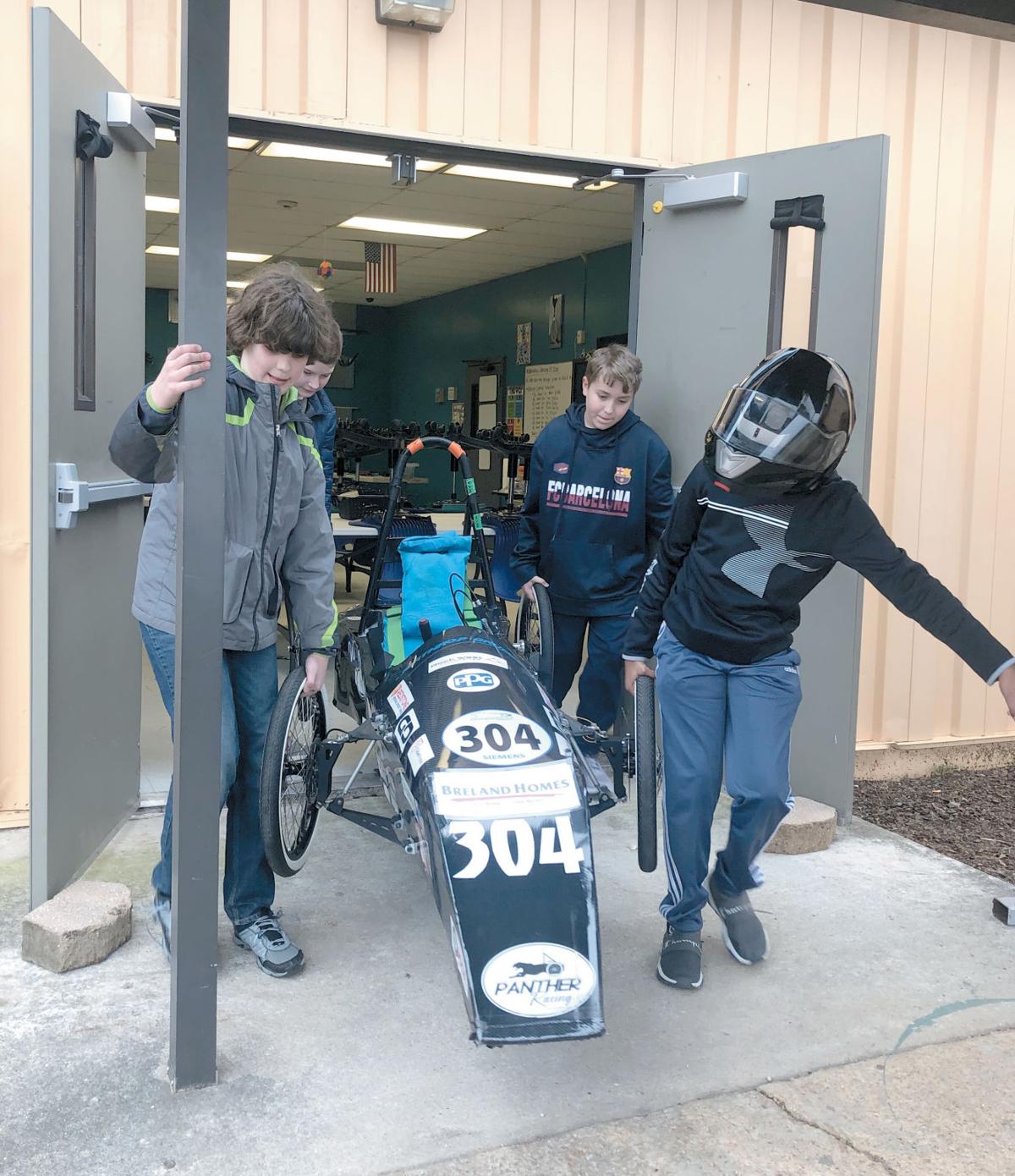 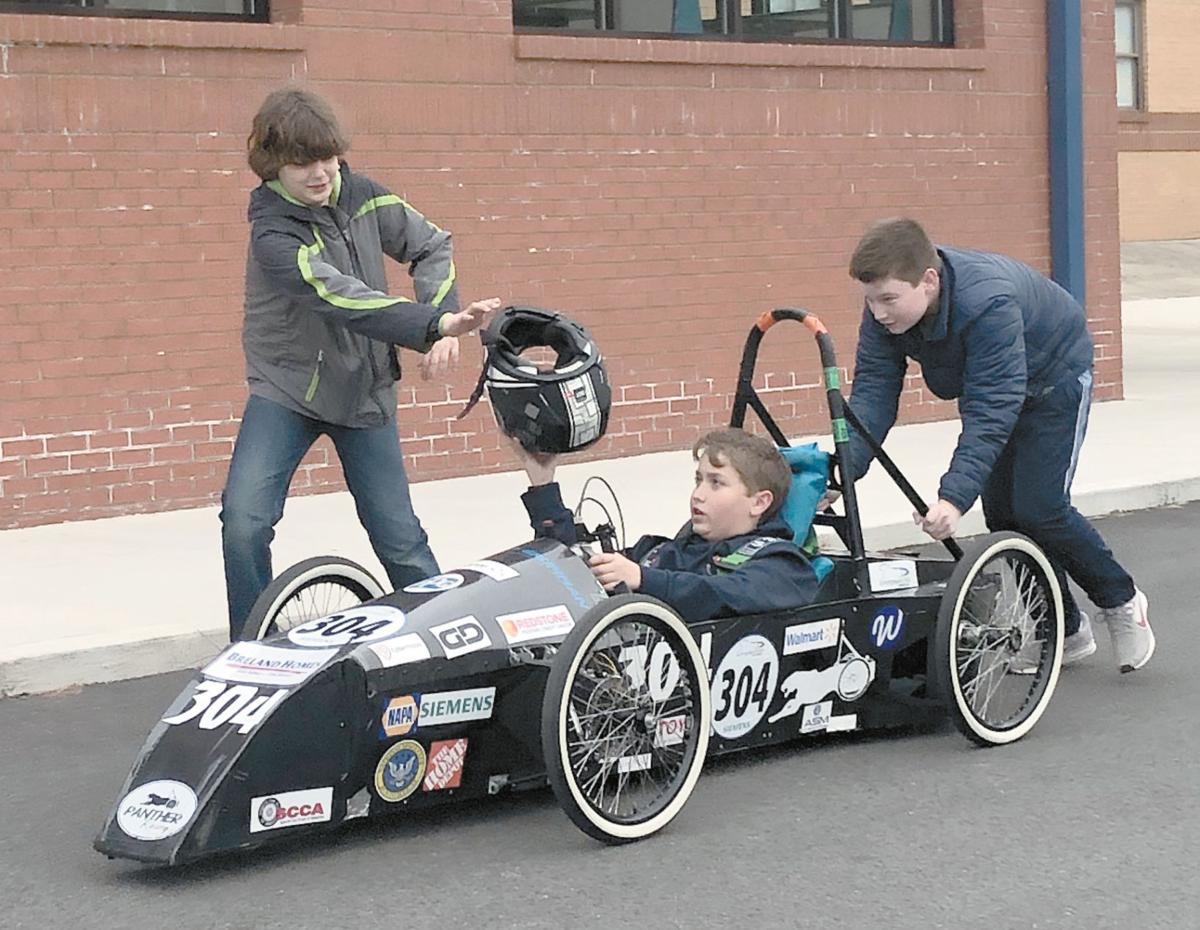 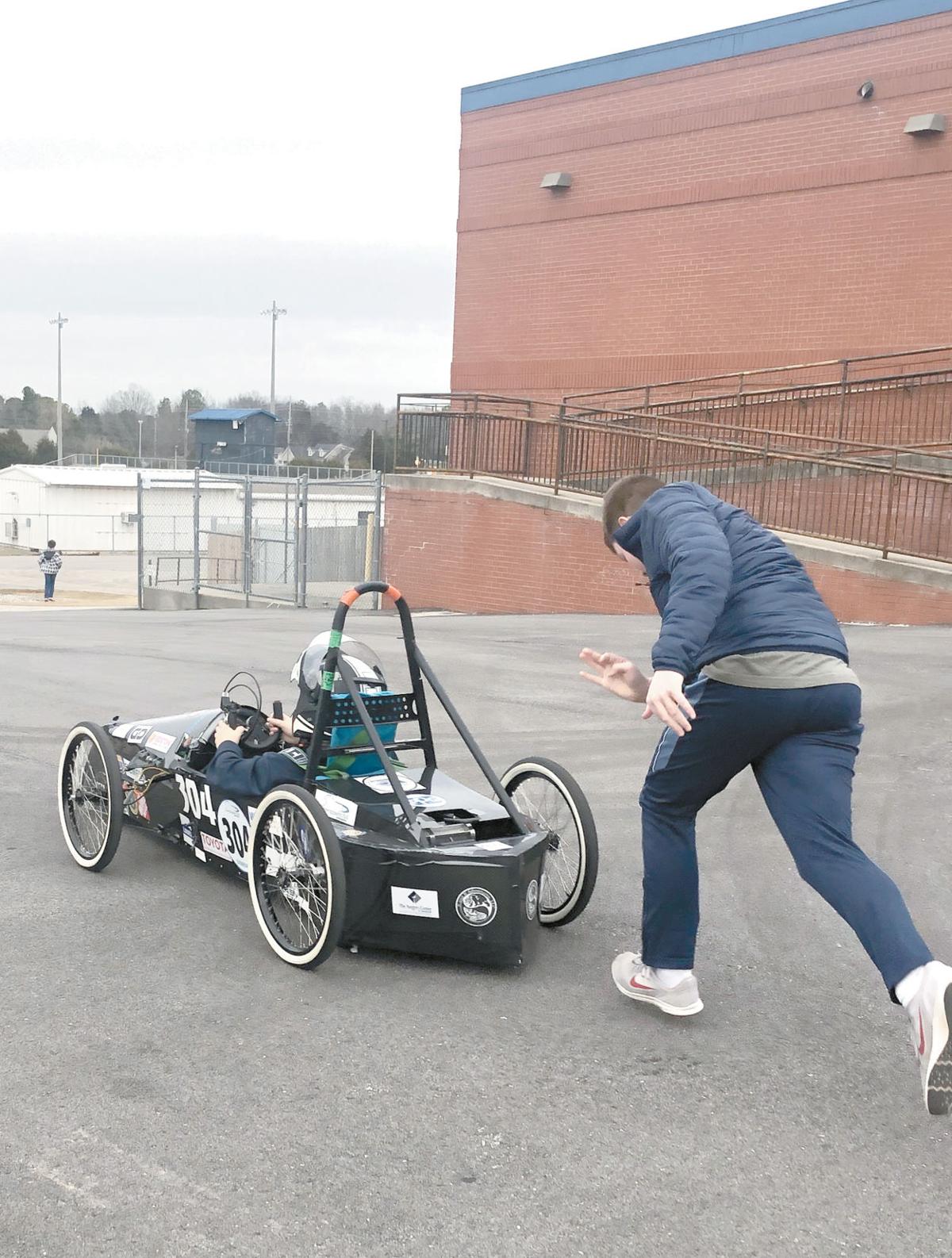 A group of kids in Madison feel the need for speed.

Discovery Middle School’s Greenpower racing team has enjoyed a winning season so far, but they are still aiming to go bigger and better – and of course, faster.

GreenpowerUSA is a national educational organization that sponsors sustainable engineering challenges for schools in which teams design and build a single-seat electric powered racecar. But more than just racing, Greenpower also teaches the students valuable skills such as teamwork, public speaking, project management and fundraising.

“One of the best parts about Greenpower is it encapsulates everything – every social skill,” said faculty sponsor Freddie Griffin, who teaches STEM classes at Discovery.

Before teaching, Griffin spent a decade at the Boeing Company, and has brought that professional collaborative engineering experience to the Greenpower teams. Now in its fifth year, the team’s two cars have evolved from cardboard to a custom carbon fiber. The members collaborate on every aspect of competing, from the design of the cars – known as Black Panther and Super Nova – to the presentation in front of judges.

The competitions are 90 minutes with the winner being the car that does the most laps without regenerating their battery. While the team is serious about winning, they also have a good time practicing in the parking lot at DMS.

“The fun part is when something messes up,” Griffin said with a laugh.

It is not a surprise to learn that driver is the most coveted position for most of the team members. But they each wear multiple hats.

“I like to build things so I enjoy this kind of stuff,” said eighth grader John Allison, who hopes to pursue a career as an engineer or architect. “I am a project lead so I do everything and I manage everything.”

Sixth grader Remo Jager joined the Greenpower team after developing an affinity for go cart racing in his native Switzerland. He said that the hardest part for him has been relearning measurements after using the Metric system in his home country.

One essential part of project management is cost and the students manage that also. They hold fundraisers with local businesses and also go out and recruit sponsors, whose stickers are then placed on the cars. The team currently has 10 sponsors and is always looking for more.

The future is bright for Panther Racing, as they are known at school. The kids said that their ultimate goal is to add a third car and create a joint team with Madison’s other middle school, Liberty. Griffin said that with another car, he will be able to add more members to the coveted extracurricular.

Griffin noted that he has several good drivers but, on this day, he is training students new to the driver’s seat. As the two cars zoom around a makeshift track in the parking lot, one car suddenly skids on gravel. The cars stop for a moment and the teacher gives tips to the drivers who are unphased by the near-miss, as only middle schoolers are.

“We have fun,” eighth grader Gabriel Whitt said with a smile.