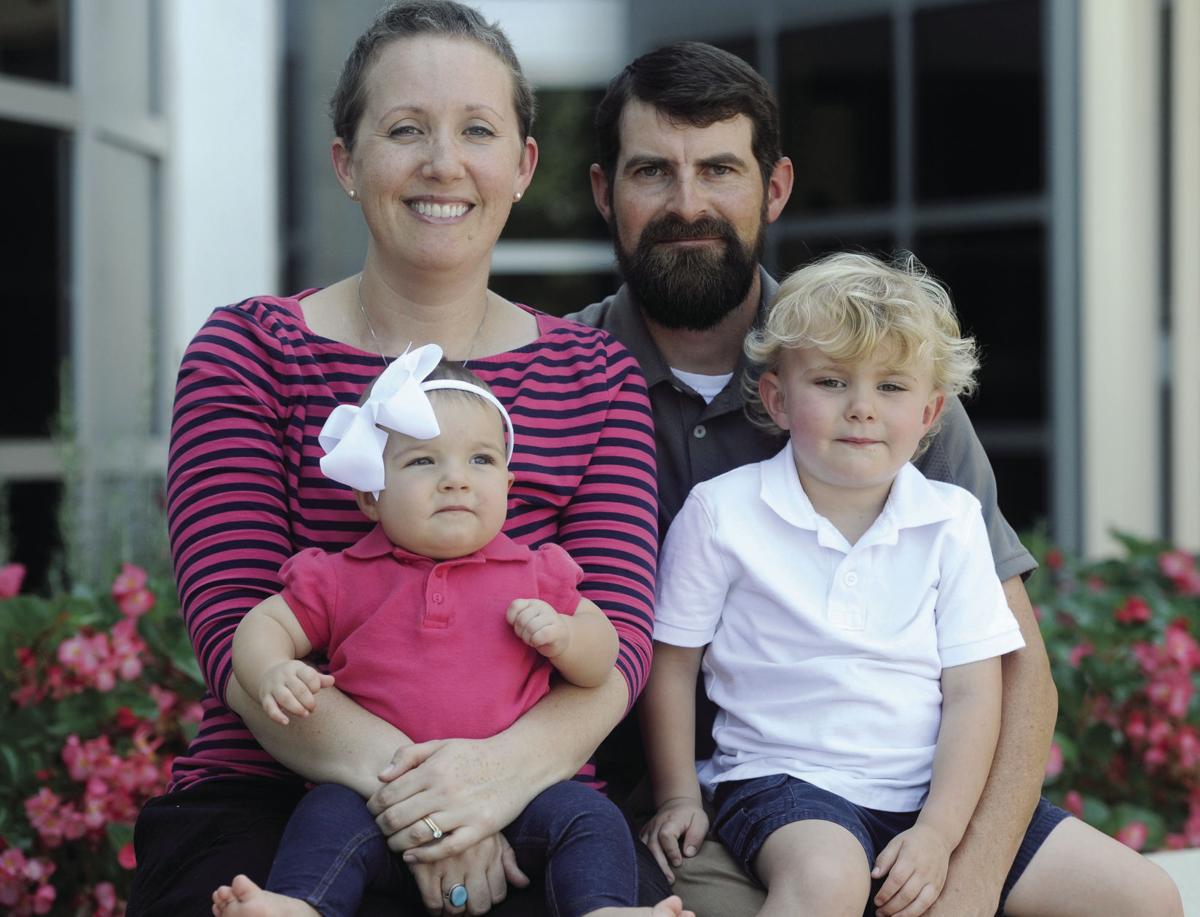 Kim Elliott sits with her family before she speaks about the experiences of breast cancer during an interview at Clearview Cancer Institute Monday, Sept. 9, 2019 in Huntsville, Ala. (Eric Schultz / Redstone Rocket) 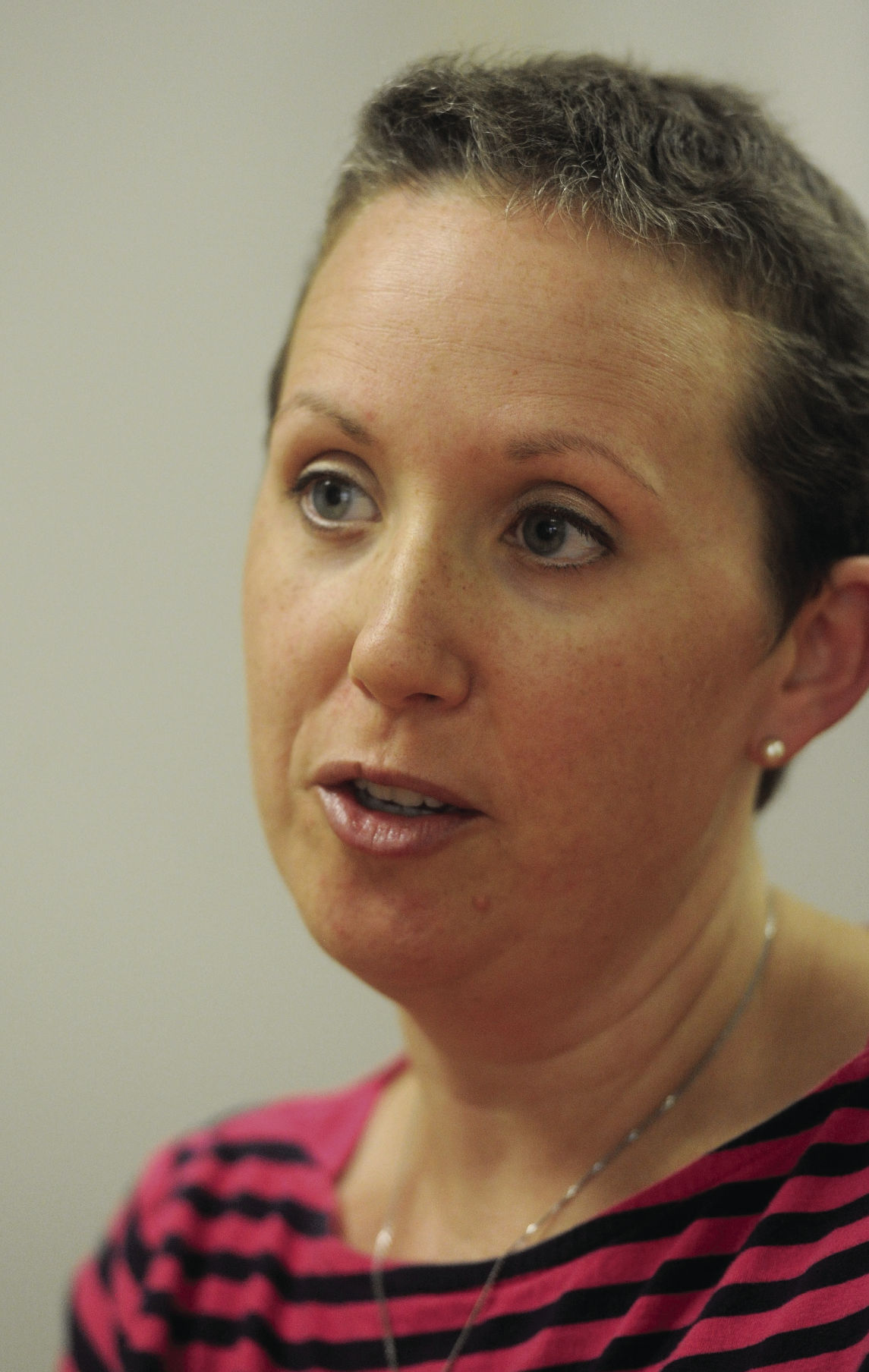 Kim Elliott speaks about the experiences of breast cancer during an interview at Clearview Cancer Institute Monday, Sept. 9, 2019 in Huntsville, Ala. (Eric Schultz / Redstone Rocket)

Kim Elliott sits with her family before she speaks about the experiences of breast cancer during an interview at Clearview Cancer Institute Monday, Sept. 9, 2019 in Huntsville, Ala. (Eric Schultz / Redstone Rocket)

Kim Elliott speaks about the experiences of breast cancer during an interview at Clearview Cancer Institute Monday, Sept. 9, 2019 in Huntsville, Ala. (Eric Schultz / Redstone Rocket)

It is meant to be an exciting time in a family’s life – awaiting the arrival of a newborn baby. But for Kim Elliott, it was one of the scariest.

It was last fall, and relatively early on in her pregnancy, that Elliott noticed one of her breasts had gotten really hard. Wanting to chalk it up to hormones, Elliott checked with other women to see if they had experienced something similar. The answer was yes, but it eventually went away.

“Something kept nagging me about it,” Elliott said.

So she went in to see her doctor. An ultrasound was performed. It came back negative. Yet something pushed her doctor to encourage Elliott to see a breast surgeon at Huntsville Hospital.

“I didn’t want to go,” Elliott said. “She said it was nothing and the ultrasound came back normal. Why pursue it?”

It was Elliott’s husband, Chad, who encouraged her to follow up. Heading in for another ultrasound, doctors noted a little inflammation, a possible side effect of her pregnancy. Still, they persisted, opting for a biopsy of the area.

“I was just in the twilight zone,” she recalled.

Doctors determined Elliott had an 8 to 10 centimeter mass in her breast and devised a plan – she would have two rounds of chemotherapy and an opportunity to recover prior to delivering her daughter. Evie arrived weeks later, Dec. 19, via C-section, five weeks early.

While Elliott was engaged in her own health battle, one of the most difficult times during her disease was seeing her newborn daughter in the NICU, especially around the holidays. The couple also has another child, Elijah, 3.

“For me that was my hardest time, because I had my heart set on having Christmas at home,” Elliott said.

Today, mom and baby are doing just fine. Elliott underwent a mastectomy, as well as more chemotherapy and radiation after Evie was born. Evie is a strong, healthy and curious baby, made strong by breast milk donated by Chad’s sister and the kindness of strangers in the area.

The family has had to depend on their family, friends and church community a lot over the past year, and has been astounded by their generosity, whether it be delivering meals, grocery shopping, praying, or stepping in to help take care of the kids when Elliott physically could not after her surgery.

“As a young mom it’s just faith and a prayer day-by-day. Have I yelled at times? Yes. Have I asked somebody to watch the kids while I take a nap? Yes, a lot.”