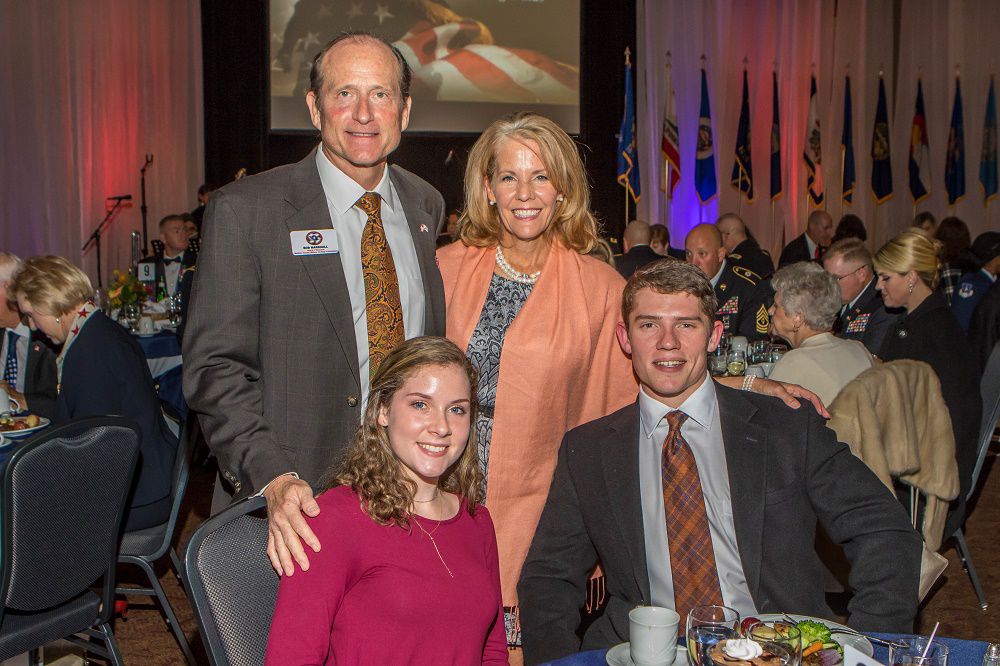 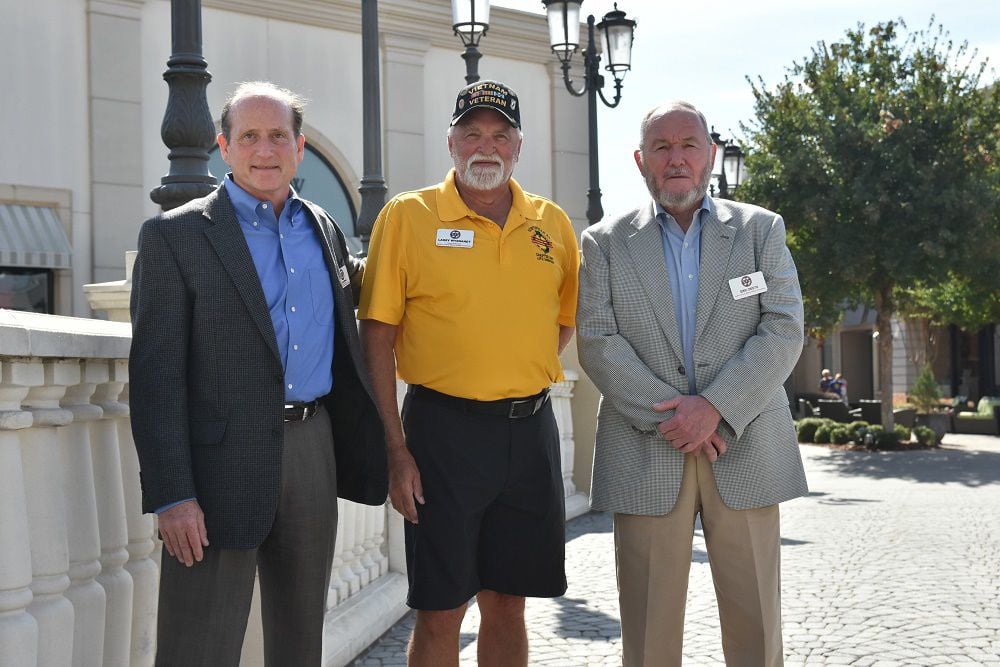 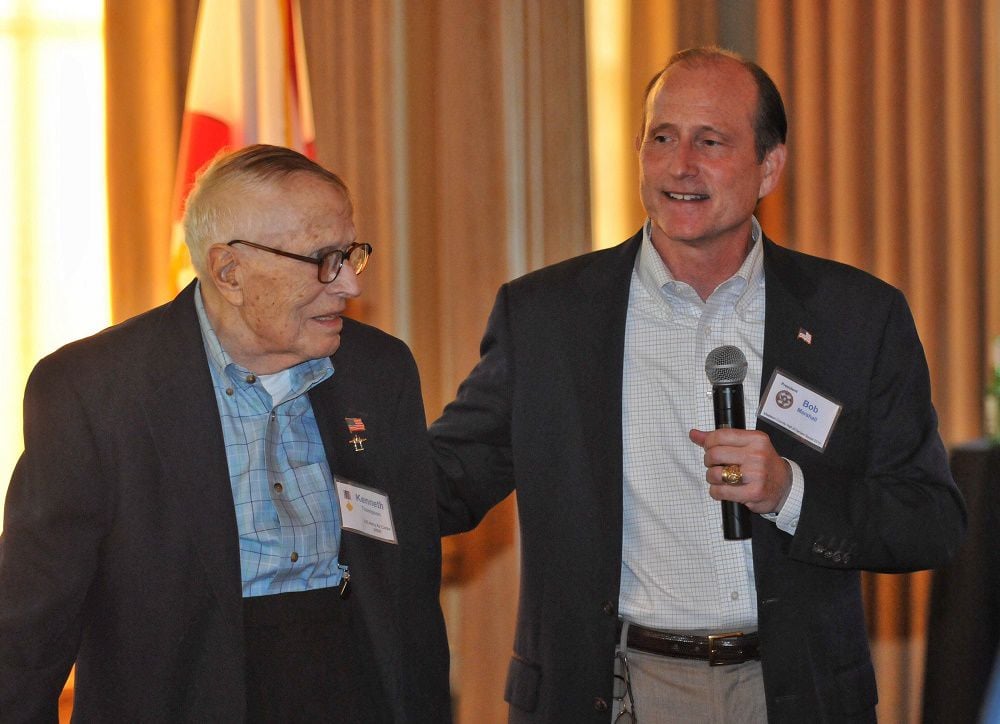 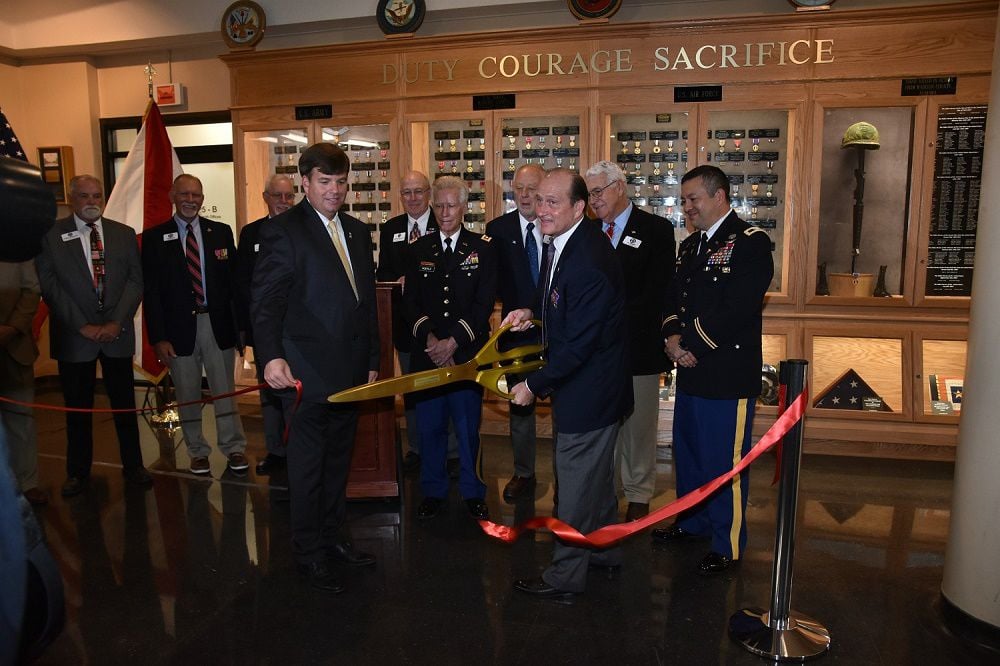 One familiar face will be missing at this year’s Veterans Dinner, but his presence will still be felt in the legacy of service he leaves behind.

Bob Marshall, longtime veterans advocate and president of the Madison County Military Heritage Commission, died April 20 at age 58 from complications of pancreatic cancer. While Marshall's most recent outreach concentrated on the commission and its missions – including its Hall of Heroes inductees he announced each year at the dinner – Marshall’s heart for helping service members and veterans extended beyond that. He was a co-founder of Semper Fi Community Task Force and sat on the board of Still Serving Veterans. Marshall’s life itself was one of service – to his country, his family, his church and his fellow Marines.

Marshall was born in Maryland. As a boy, he looked to the sky when planning his future, hoping to become an astronaut. Flying would be in his future, albeit a different type of aircraft. Marshall attended Texas A&M University on a Navy ROTC scholarship, where he graduated with a degree in mechanical engineering and was commissioned into the Marine Corps. He pursued a flight contract to become an HMM46 helicopter and C-12 Beach King air pilot. It was during his first duty station at Marine Corps Air Station Tustin in California that he met his future wife, Jana.

“We wrote letters for about five years because, being a Texas Longhorn, I wasn’t interested in marrying an Aggie and I wasn’t in California to meet anybody,” Jana said with a laugh. “I mean, the Marine Corps was not my thing, I fought it for a long time. But I have every one of those letters in a binder. I fell in love with his handwriting, he had gorgeous – just beautiful penmanship. But one thing I noticed about Bob right off the bat was his character.”

His skill at dancing the two-step also might have had something to do with changing her heart and they married in 1990. After 22 years with the Marines, Marshall retired in 2004 as a lieutenant colonel and the Marshalls moved their young family, including son Sam and daughter Carolyn, to Huntsville. Upon their arrival, Marshall recognized that a vibrant veteran community existed locally – but it was mostly Army-centric. That led him to help create the Semper Fi Community Task Force, which remains active today. The nonprofit is most well-known for its annual Heroes Week, in which wounded veterans from around the country are brought to Huntsville and given the hero’s welcome they did not receive when arriving home injured from war.

While Marshall lent his support to multiple organizations, his main focus was always in educating the public – and the next generation – that freedom wasn’t free, and it was paid for by the service and sacrifice of the nation’s military. Under his four-year tenure as Madison County Military Heritage Commission president, the commission modernized the Hall of Heroes awards cabinets that reside in the Madison County Courthouse, expanded the recording of the oral History of the Heroes; and implemented the Price of Freedom program, in which the Hall of Heroes inductees visit local schools to share their stories with students.

Marshall was looking to the future and expanding the scope of the commission when he was diagnosed with cancer in 2017. The Marshall family leaned heavily on their faith during this time.

“The morning after getting the news Bob said, ‘This is just a change of ministry for us’ and that is truly how he lived,” Jana said.

The doctors gave Marshall a six months life-expectancy. He turned that into 19, holding a conference call the day before he died – intent on taking care of his responsibilities and loved ones to the end.

“He fought it really well,” Jana said. “For someone who was stage 4, metastasized to the liver – it was big – he was told six months and almost a year later he was in Colorado wrestling cattle.”

Even during treatment, Marshall kept his sense of humor while also always focusing on how sharing his experiences could help others.

“It was going to be hard, no matter what,” Jana said. “But if we knew that it could be used to help someone else – and Bob felt this way – then it was a little softer place to land.”

Years before, while serving as a faculty member of the aeronautical engineering department at the U.S. Naval Academy, Marshall mentored a young midshipman named Clay Davis, when he served as Officers’ Christian Fellowship adviser. That mentorship became a friendship that would last decades. When Davis and his wife Loralee moved to Huntsville in 2013, Marshall brought Davis into the fold at the Military Heritage Commission, and after his cancer diagnosis, prepared Davis to take over as president.

Marshall didn’t see his cancer as a liability, but simply a part of life.

“He didn’t stop,” Davis said. “He was hooked up to machines calling into meetings. ‘We have to keep moving forward and make sure things are being taken care of.’ It blew me away.”

Today, the programs that Marshall spearheaded are still going strong. Always the “idea man” according to Jana, the commission continues to implement Marshall’s vision and his commitment to honoring the service of “our friends and neighbors in this community that have given tremendous sacrifice,” Davis said.

“He was an outstanding leader and his tenure on our board will have a lasting impact for years to come,” said Tom Kennemer, public affairs committee chair for the commission.

But it is the legacy that Marshall left for his family which provides comfort in his absence. A legacy that the Marshalls’ son Sam will continue upon beginning his own Marine career later this year.

“He was a very special man who I still cannot believe I had the privilege to be married to,” Jana said. “We were married 29 years. We still are, he’s just on an extended deployment.”