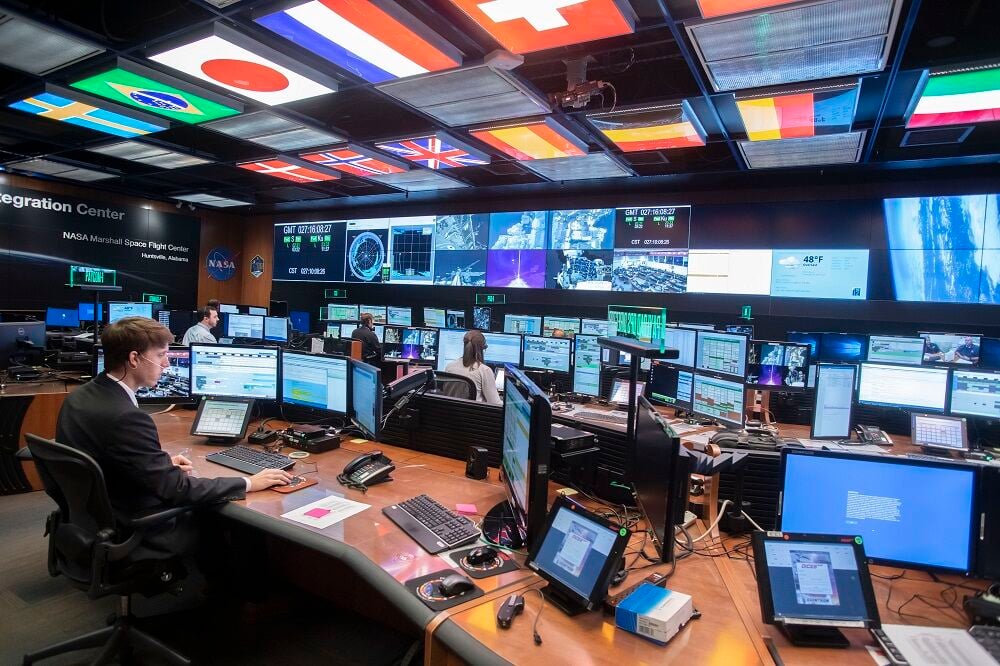 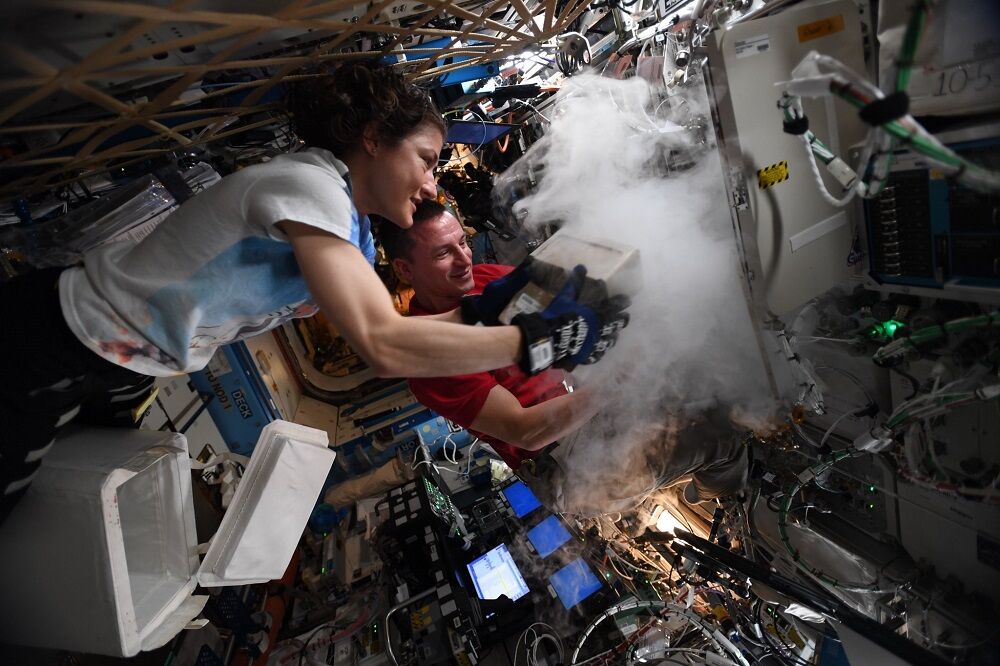 Flying silently through the void of space around a globe of blue and green is the most advanced science laboratory ever developed: the International Space Station. Inside humanity’s orbiting outpost is a buzz of activity as explorers, pilots, doctors, and scientists from around the world conduct experiments, maintain the facility and develop new technologies.

For the past 20 years, between two and six humans regularly inhabit and work aboard the space station. The Payload Operations Integration Center at Marshall Space Flight Center schedules, assists with and coordinates all of the experiments on the U.S. Orbital Segment – the USOS.

On Nov. 16, the number of crew members climbed from three to seven when the Crew-1 mission docked to the outpost, and the four astronauts who launched and flew on a Crew Dragon capsule owned and operated by SpaceX of Hawthorne, California, the first NASA-certified commercial human spacecraft system in history, joined the Expedition 64 mission. With additional astronauts aboard the space station, the science capability increased. The team at Marshall was ready to put NASA astronauts Michael Hopkins, Victor Glover, and Shannon Walker, and Soichi Noguchi of the Japan Aerospace Exploration Agency to work.

“A few years ago, we started getting ready for the additional crew because we knew commercial crew was coming,” Chris Wakefield, a payload operations manager in the Payload Operations Integration Center, said. “We started putting into place different concepts as far as making sure we had the right amount of people working real-time to support the additional operations.”

Specialists at Marshall integrate each experiment into the space station’s operational timeline. At any given moment, approximately 200 experiments are being worked remotely from the ground and by the orbiting crew. Resources, such as crew time and the availability of work stations where the experiments are set up and operated, are carefully managed to ensure each investigation is operated safely and properly and that the maximum amount of science is returned.

Scheduling the crew’s time can be complex, though.

“You’ve got five USOS crew members. On a given day, three or four of them may all be doing payloads, but they’ve all got to be able to do those payloads at the same time,” Wakefield said. “We’re looking at how things fit together across work stations to make sure the crew members won’t be in each other’s way.”

The team at Marshall is also prepared to help resolve any issues that arise as an astronaut is working on an experiment, having collaborated with each experiment’s scientists from the time an experiment is selected to fly on the space station.

“We have the real-time control team that is following along with the operations every day,” Wakefield explained. “They’re dealing with those issues that come up when something is not working quite right or a payload developer sees something unusual, like an unexpected result from their science. Sometimes you have changes that have to be made on-the-fly.”

Another complexity the Marshall team must work through is the ongoing coronavirus pandemic. According to Wakefield, the pandemic requires the team to schedule some members to work remotely, in order to maintain proper distancing. The increase in space station crew members necessitates additional staff on-site, requiring his team to determine the best way to have the needed staff in the Payload Operations Integration Center, while keeping everyone social distanced and safe.

Despite the pandemic and challenges, enthusiasm at Marshall is high.

“It’s very exciting for all of us,” Wakefield said. “You can see it with the team: Folks are excited about having the extra astronaut up there. We love helping to take care of the science payloads, and this gives us more opportunity to do that.”

On a clear night, mission planners, scientists, and countless other people can step outside and watch the space station zip through sky; a bright, fast-moving dot. Onboard that “dot,” the experiments managed by the Marshall team are improving life on Earth, igniting the inspiration and imagination of kids young and old, and helping humanity explore deeper into the cosmos than ever before.