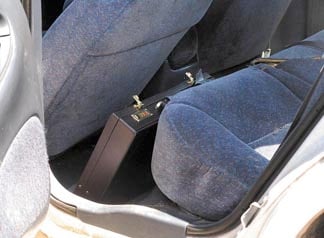 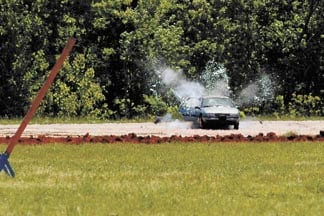 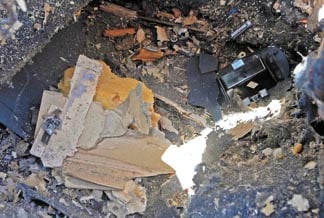 Recognized primarily for its work in space and missile research, it is not commonly known that Redstone Arsenal is also home to the main explosives training facility for the federal government.

The Bureau of Alcohol, Tobacco, Firearms and Explosives, or ATF, has operated the National Center for Explosives Training and Research at Redstone since 2010. The facility located on Patton Road serves as a field office for more than two-dozen ATF agents and contractors, and provides training for several different federal and state agencies, such as the Federal Bureau of Investigation and the Alabama Bomb Squad. Two agents from NCETR were dispatched to the scene of the Boston Marathon bombing.

“(The goal at NCETR) is to provide training on how to conduct an investigation from beginning to end,” Michael Knight, special agent and public affairs officer for the ATF, said.

“(Although the agents stationed at Redstone are working in a training capacity), they are also active agents and often pulled out for investigations,” said Jeff Fulton, ATF special agent in charge for the Nashville Field Division, which includes Tennessee and Alabama.

ATF agents detonated a series of controlled car explosions as part of a training exercise for a class of State Department employees. The explosions were set off with a quarter pound of dynamite at the ATF’s Capano Range, named in memory of ATF special agent John Capano who was killed off-duty while trying to prevent an armed robbery on Long Island, N.Y. An additional explosion was set off on the ground using 25 pounds of ammonium nitrate and fuel oil. After the explosions, the training class members went over the scenes under instructions. Those employees will take what they learned at Redstone with them when they are assigned to U.S. embassies across the globe.

Several thousand students have come through NCETR to receive in-depth training from certified explosive specialists, bomb experts and chemists. Students have examined bomb components, studied formulas, and received hands-on instruction in explosive disposal. This training is a crucial component of the ATF’s ongoing mission to protect America and its communities.