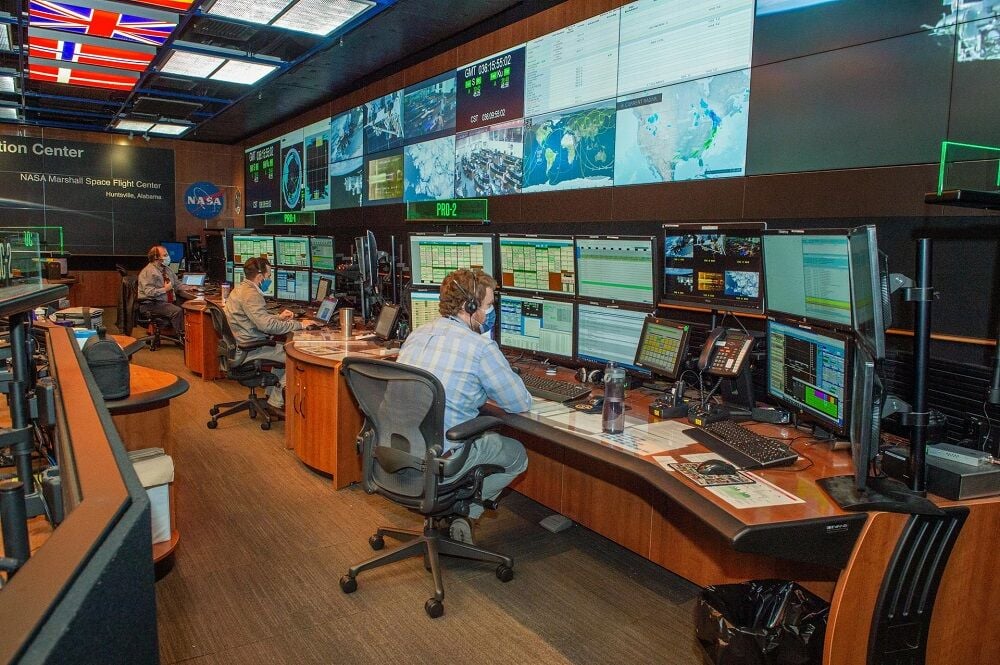 The Payload Operations Integration Center at Marshall is the heartbeat for International Space Station research operations. 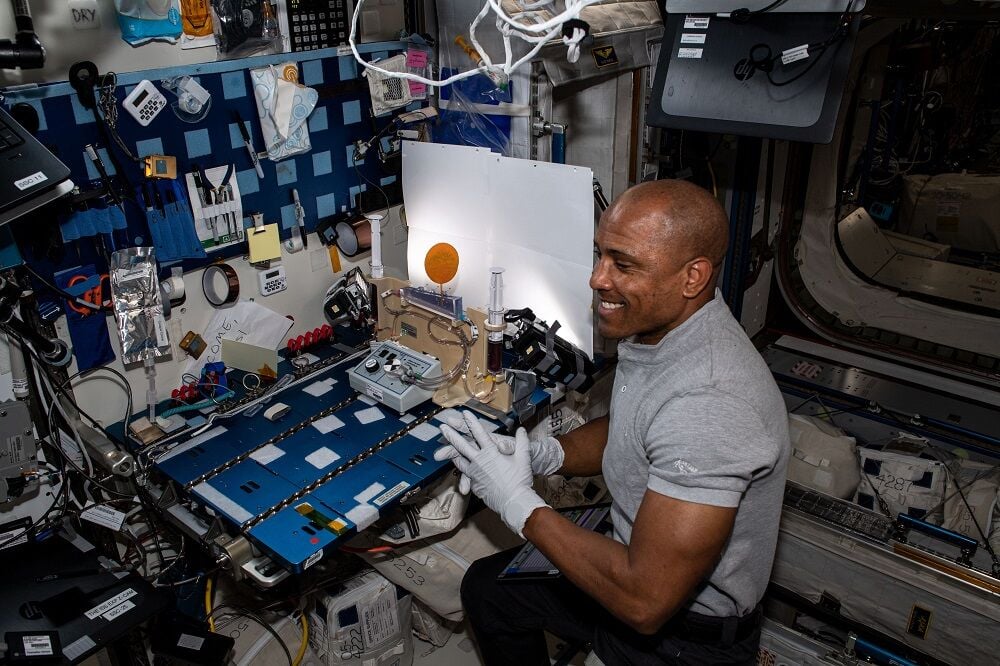 NASA astronaut and Expedition 64/65 Flight Engineer Victor Glover works on the Plant Water Management experiment that is exploring hydroponics as a way to sustain plants in microgravity from seed germination through crop harvest.

The Payload Operations Integration Center at Marshall is the heartbeat for International Space Station research operations.

NASA astronaut and Expedition 64/65 Flight Engineer Victor Glover works on the Plant Water Management experiment that is exploring hydroponics as a way to sustain plants in microgravity from seed germination through crop harvest.

Inside the International Space Station is a buzz of activity as explorers, pilots, doctors, and scientists from around the world conduct experiments, maintain the facility, and develop new technologies.

A group of seven astronauts and cosmonauts has completed the largest long-duration crew mission in the orbiting outpost’s history, and NASA astronaut Kate Rubins and the astronauts who arrived on the SpaceX Crew-1 mission advanced science and technology and performed a record amount of experiments along the journey.

Teams on Earth, including at the Payload Operations Integration Center at Marshall Space Flight Center, helped the crew complete scientific discoveries at an increased pace.

Specifically, the integration center serves as science mission control for the experiments performed in the U.S. Operating Segment. Currently, five astronauts aboard perform the tasks associated with the experiments. The team works with space station partners around NASA, other space agencies, and with scientists around the world to schedule the experiments and help guide the orbiting astronauts through the investigations – including a study of how space affects arteries, testing materials to see if they can stand up to the rigors of space, and comparing coatings that may limit microbial growth.

“We started putting processes in place many years back to get ready for the Commercial Crew Program and the additional crew members,” Chris Wakefield, one of the payload operations managers for the Expedition 64 mission, said. “We’ve got a lot of science accomplished.”

Scheduling experiments for five astronauts is not as simple as looking at a spreadsheet and picking a time, though. Much like a lab on Earth, the work stations – spots in the space station where experiments are run – have different tools, features, and power supply capabilities that are often needed for multiple investigations.

Additionally, the astronauts must attend to other space station duties, such as exercise, cleaning and maintenance, and spacewalks. Other times, the constraints are simply based around where each astronaut needs to work; ensuring that the experiments can get done without the astronauts being in each other’s way.

While the work for each member of the team has gotten busier and more complicated with the increased crew size, for Payload Communications Manager Shelby Bates, the larger crew means another crew member to interact with and more experiments to help the astronauts perform.

“This crew is definitely passionate, and they want to see science get done,” Bates said. “We’re pumping through science so quickly. They’re cruising through it, which is great because the more science, the better.”

Undoubtedly when working on experiments in space, questions, challenges, and oddities arise, and the payload communications manager team is a key part to the solutions.

“Science is science, and it never goes perfectly to plan,” Bates said. “Recently, we had a situation where something was not working. We couldn’t get it. We were trying everything, and the last thing we tried, worked. We had two crew members aboard who were so excited to tell the payload developer they got it working.”

While the astronauts are 250 miles above Earth, and some scientists are halfway around the world, other distances that had to be overcome are much closer to home.

“All of the teams are still working under the COVID-19 environment. Folks are not working under normal conditions,” Wakefield said. “We’ve been able to continue our operations and do them successfully while folks are working in this kind of environment.”

The successes Wakefield, Bates and the team experience go well beyond personal gains.

“Being part of the team that helps the scientists – for some of them, their experiment has been their life’s work – and helping to make sure the experiments get accomplished is very rewarding,” Wakefield said.

Wakefield, Bates, and the entire integration center team are sustaining the same pace and momentum of the Expedition 64 mission during the Expedition 65 six-month science mission with NASA astronaut Mark Vande Hei and the Crew-2 astronauts who launched to the space station April 23 and docked April 24. Team members are constantly learning from each mission and experiment and are refining processes to gain efficiencies and make improvements for each mission – as they have done for the past 20 years.

During the past two decades of work, team members supported and guided hundreds of astronauts and thousands of experiments and technology development activities on the orbiting outpost, which continue to push the boundaries of human space exploration and improve life on Earth.

As the saying goes, the best is yet to come.