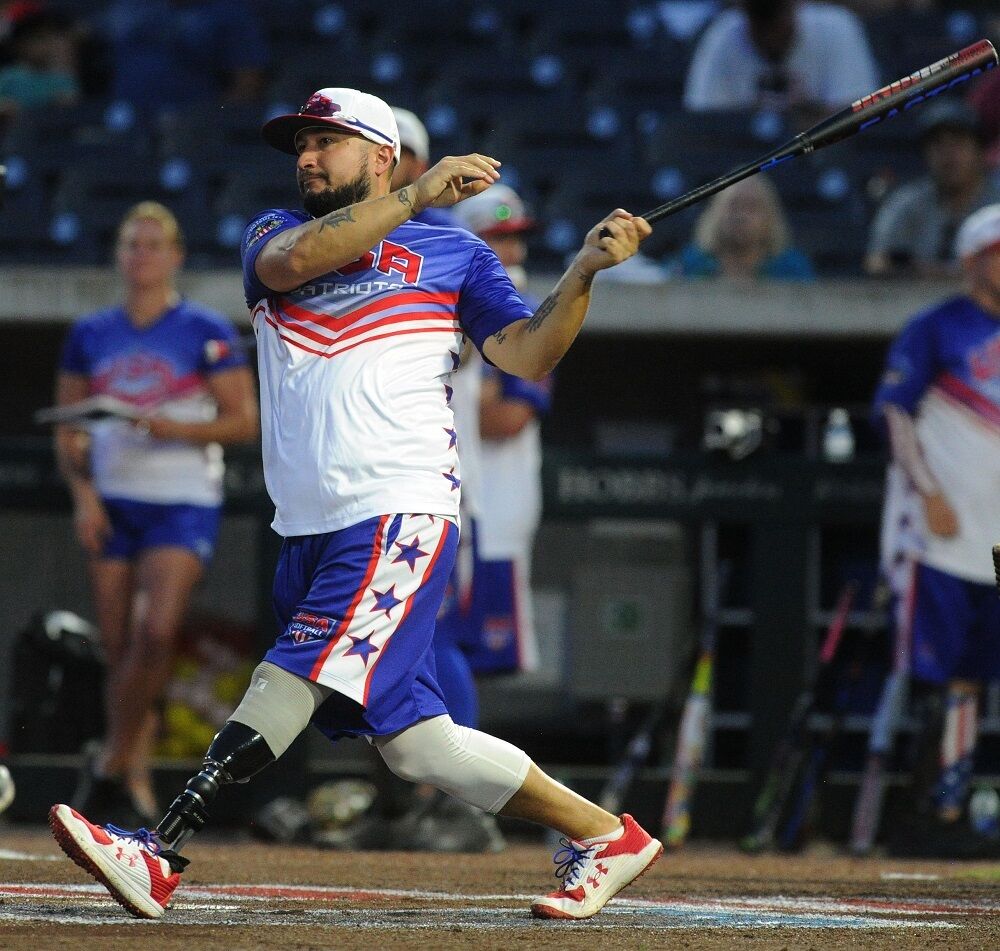 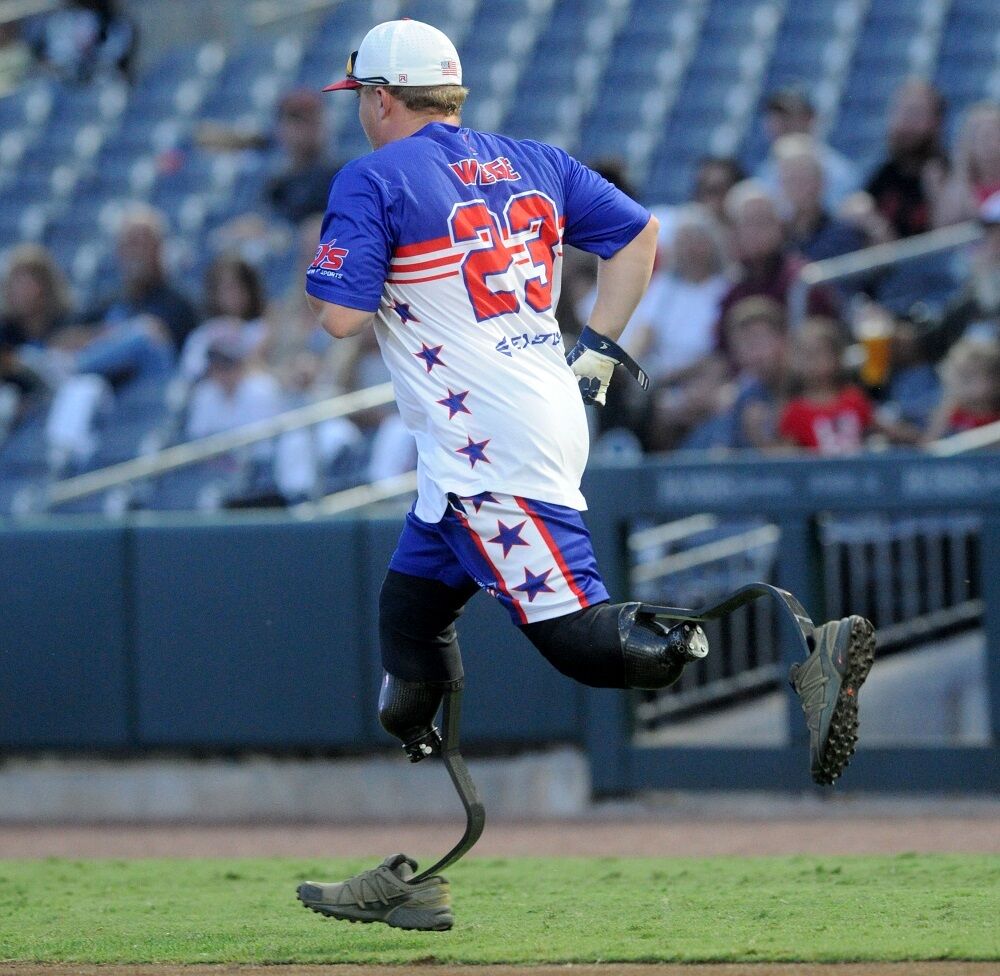 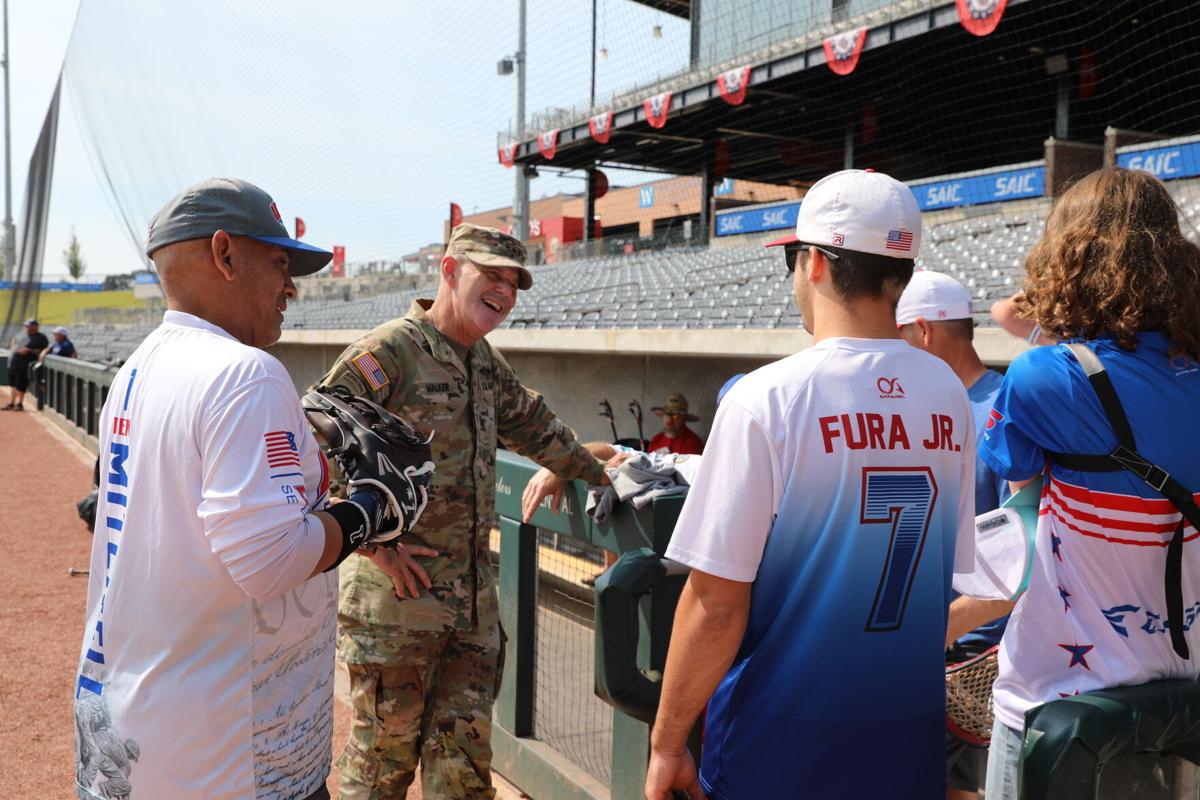 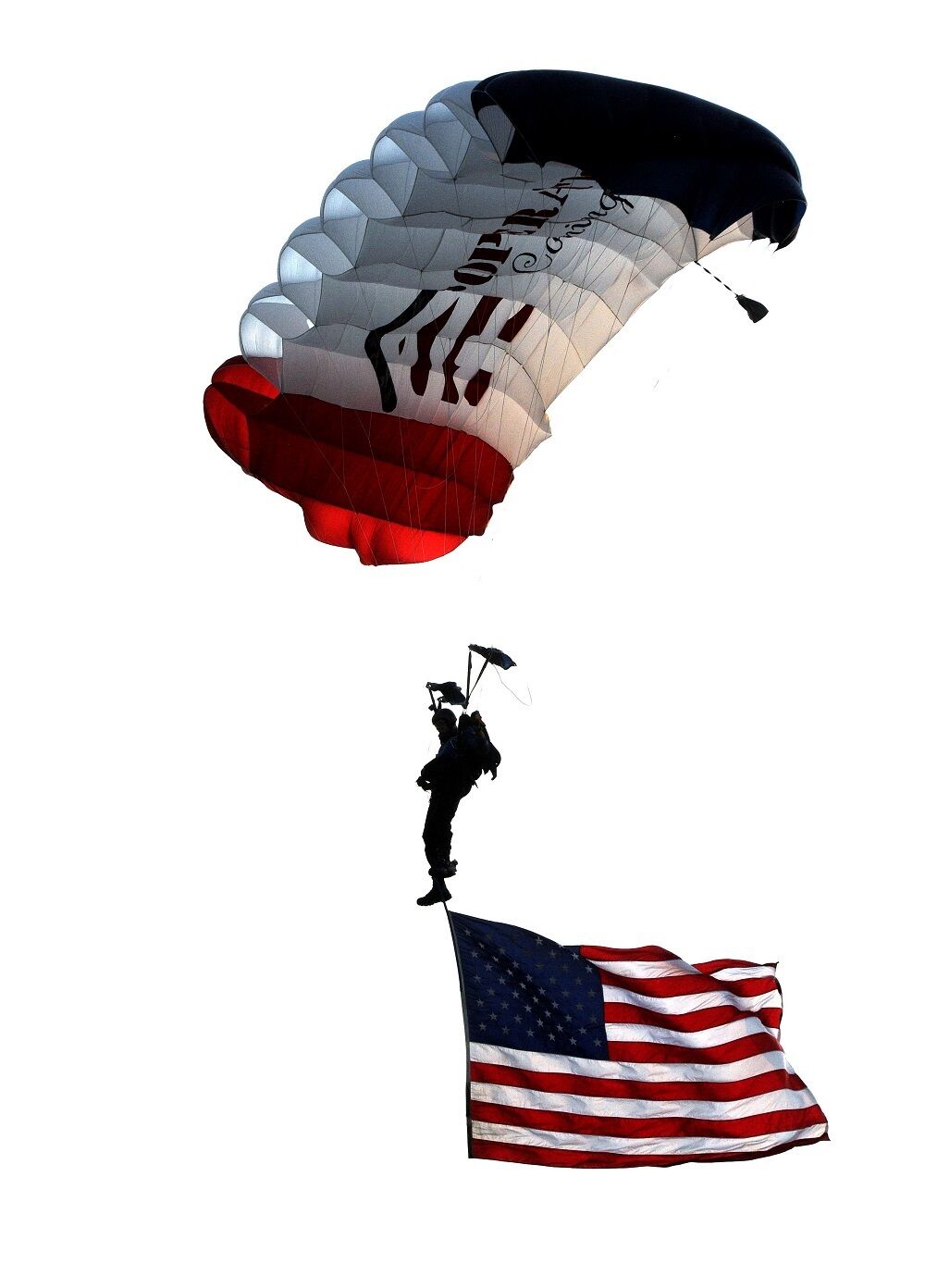 The lights flickered at Toyota Field in Madison. The crowd roared. The 1990 song “I Got the Power,” by the group Snap, played on the public address system.

This was the ritual Saturday night after home runs during the USA Patriots Amputee Softball Game and Tribute Night. It serenaded five homers, including three by the USA Patriots. The team of former service members who lost limbs in combat flexed their muscles in their annual visit to the local area for softball competition.

Josh Wege, a USA Patriots outfielder, has made all of the team’s visits here through the years. The former Marine from Wisconsin resides in Fort Myers, Florida.

“On the 20th anniversary (of 9/11), I’m just sitting in the hotel today and I’m just thinking like when the towers fell, we were just boys and now we’re all grown. We served, put the uniform on and our purpose was to go create a battlefield somewhere else,” he said. “And I’m sitting there today, I realize the firefighters, the first responders, ambulance men, the policemen, they all ran toward danger. And it was a different sort of heroism. It was that doughboy spirit that bled over from the guys at Normandy. That bled over and led those guys to pretty much run to their deaths when they did it. That doughboy spirit.”

Like last year, the USA Patriots’ opponents for the annual exhibition game were the BeArded WARRIORS, a team of veterans, first responders and law enforcement who reside in the Huntsville area. The USA Patriots won 16-15 last year but this year’s contest wasn’t close.

Saul Bosquez, an Army veteran from Adrian, Michigan, now residing in Fond du Lac, Wisconsin, blasted a three-run homer for the USA Patriots. He went 3-for-3 with four runs batted in and two runs scored.

“The city is always amazing,” Bosquez said. “We’ve been here – I think this is our fifth or sixth time being here – and every time it gets bigger and bigger. Last year I know they had about 1500 people and I’m sure there’s more here tonight. And I just want to thank the city for always supporting us and hopefully we’ll keep coming back every year.”

“Always good to be here,” USA Patriots coach Kai Schjang said. “We’ve been losing some games lately by one run so it’s good to finally be on top.”

“We just enjoy getting everybody in the community together to support all of our local vets and bring more awareness to the resources available to them,” BeArded WARRIORs coach Ty Oswald said. “It’s just a way to get vets together to talk shop and connect with each other.”

Before the game, three members of the All Veteran Group parachuted into the infield near second base. They included Sunnydale Hyde, Jeff Hawk and Mark Jones. Based in Raeford, North Carolina, the parachute team was formed 10 years ago by Mike Elliot, the group’s president. He is the tandem master who jumped three times with former President George H.W. Bush.

Jones, 66, a retired sergeant first class and former member of the Golden Knights, has made more than 17,000 parachute jumps in the 50 years since June 1971. The Rochester, New York, native resides in Grays Creek, North Carolina, which is south of Fayetteville.