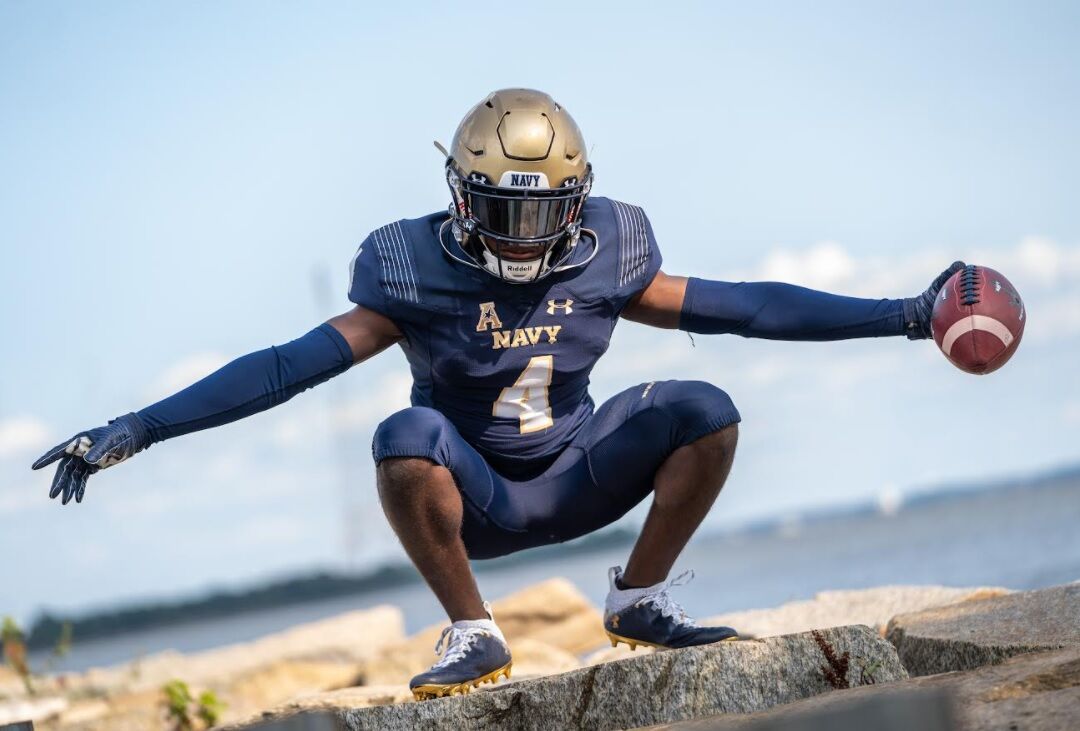 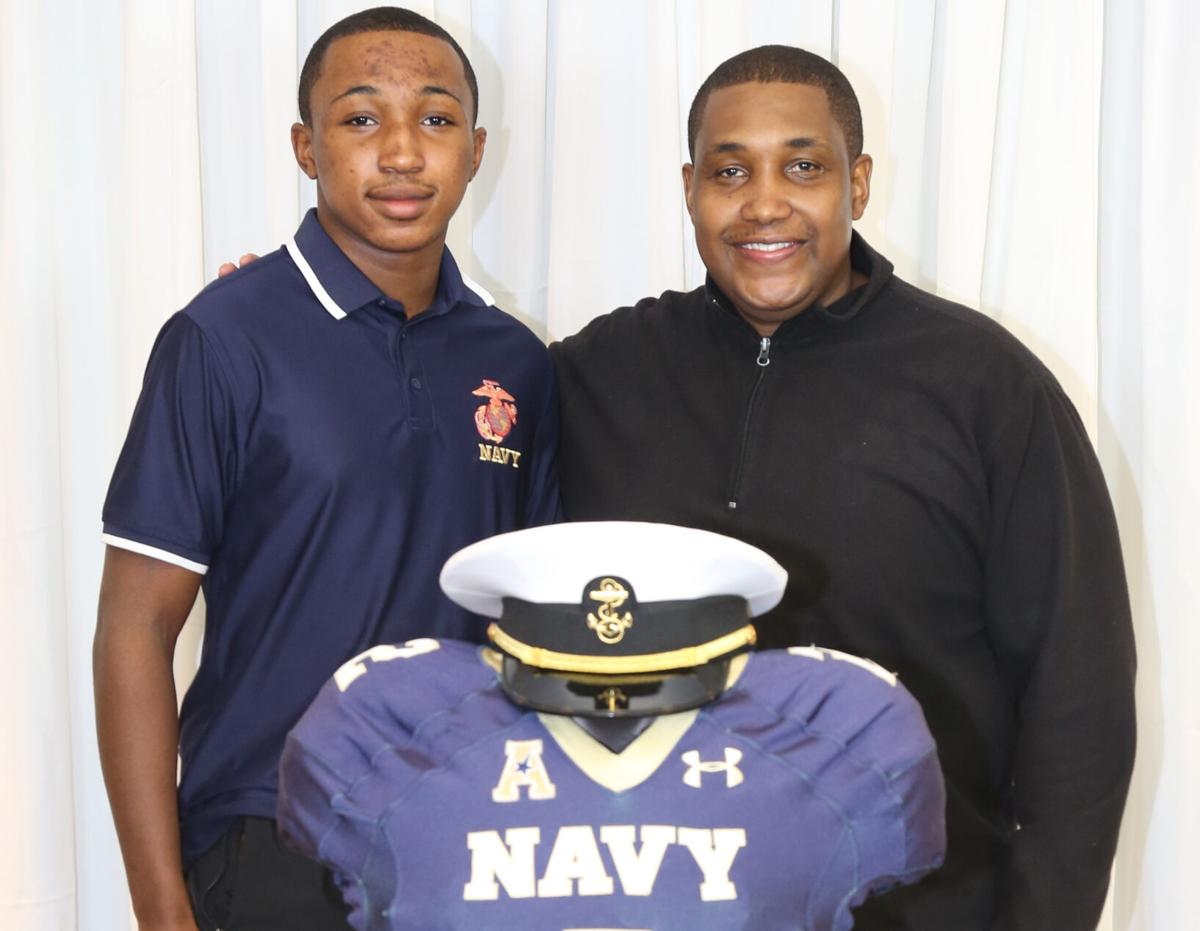 Ray Hall, architect and engineering contracts and criteria specialist for Huntsville Center’s Range and Training Lands Program, looked on Dec. 15 as his son, Sparkman High School senior Kenny Hall, signed a letter of intent to attend the Naval Academy where he will play football.

Although Kenny has always excelled in football, Ray has coached his only child academically, ensuring Kenny will receive a top-notch education.

Chicago native Ray is a civil engineer with more than 23 years of government service and over 21 years of service to the Corps of Engineers. His USACE career began at Chicago District and he has been a member of the Huntsville Center team since 2004. Ray received his master’s in civil engineering from the University of Alabama in Huntsville in 2019.

“I’ve always made it a top priority that Kenny works as hard in the classroom as he does on the football field,” Ray said. “I had a reading list for him – set goals for him to read so many books a month and I’m always looking at his grades and offering guidance for him to be better academically.”

Ray also supported Kenny’s football career by providing him with the tools needed to increase his strength and quickness. After COVID cut into the time Kenny could spend training at the Sparkman field house, Ray converted the family garage into Kenny’s personal training space.

Ray’s fatherly mentorship has paid off for Kenny, a cornerback on the Sparkman Senators’ football team. After sophomore and junior seasons in which Kenny excelled on the field with 56 total tackles, 24 solo tackles, a sack, an interception and two fumble recoveries, the college recruiters came calling.

In June, the Halls traveled to the northeastern U.S. and toured campuses of schools offering scholarships. Upon returning to Huntsville, he took a month to make his decision. For Kenny, the choice was clear, and he signed a commitment to attend the U.S. Naval Academy in Annapolis, Maryland.

“They went the extra mile to ensure my family was taken care of, and that meant a lot to me,” Kenny recalls.

However, as excited as Kenny was about his decision to attend Navy, he still had obstacles to overcome.

In a 2021 spring game, Kenny injured his shoulder. Although he carried on with his off-season training over the summer, he knew something wasn’t quite right. During the second game of the 2021 season, Kenny ‘s shoulder “popped” during contact, and the Sparkman trainers told him his season was finished. He had a torn labrum, cutting short his high school football career.

“It was heartbreaking not to play all my senior season,” Kenny said.

After surgery and rehabilitation Kenny continued hitting the books and the weights. He is looking forward to the fall as a Naval Academy plebe and is considering studying mechanical engineering.

Kenny said he knows the Naval Academy experience isn’t for everybody, but he’s looking forward to the opportunity on the field and in the classroom, as becoming a Naval officer and serving his country is in his blood.

“My dad is an engineer working for the Army Corps of Engineers and many of my relatives served in the military, so military service is a part of us,” Kenny said.

“It can be intimidating – the (Naval) academy only has a 6% acceptance rate, but I’m looking forward to the challenge.”

Ray said he feels the experience and education Kenny gets at the Naval Academy will lead him to a successful career.

“I’m hard on him,” Ray said. “He’s a well-grounded, well-prepared kid. He works hard and it’s great to see him reap the fruits of his labor.”