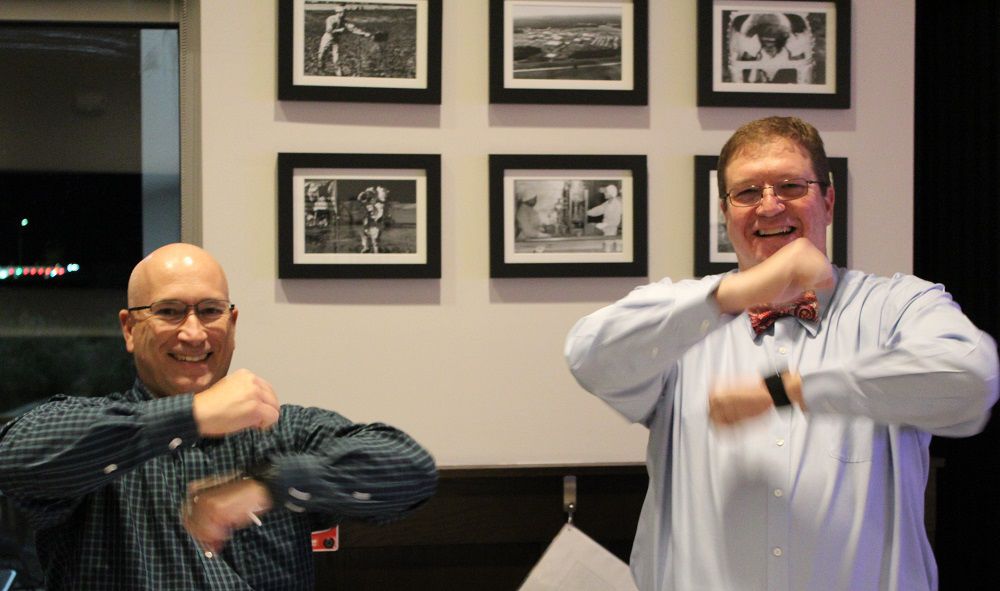 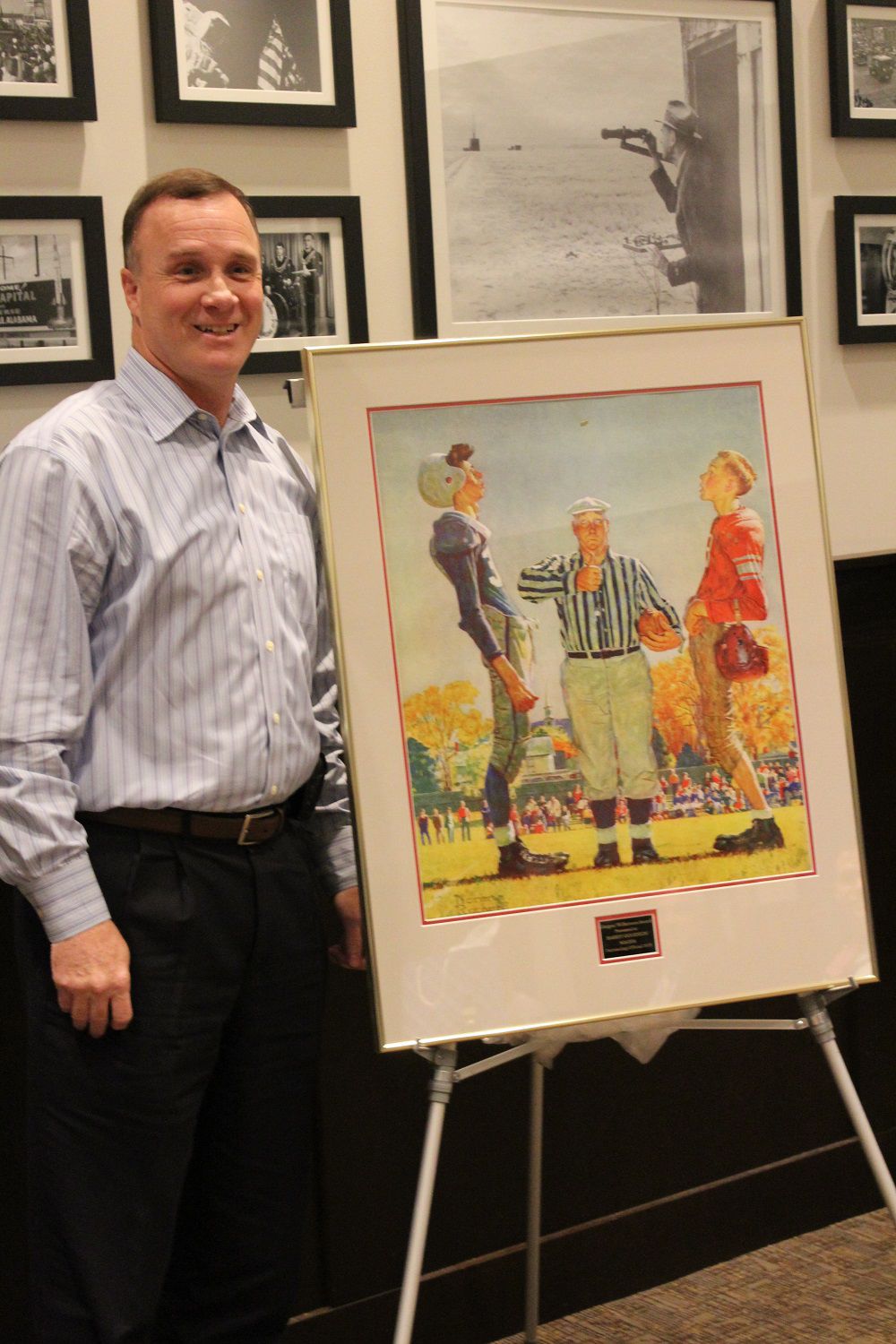 Brandy McCullough didn’t play high school football because he was getting ready for the Army. He was happy to get on the field this year.

The rookie official attended the annual end-of-season banquet for the North Alabama Football Officials Association, Nov. 5 at the Rocket City Tavern outside Gate 9. As many as 40 of the 100 officials are employed at Redstone Arsenal.

McCullough, a retired first sergeant, is a logistics management specialist for the Logistics Data Analysis Center. The center, formerly called the Logistics Support Activity, is under the Army Materiel Command.

A native of Sandusky, Ohio, McCullough retired from the Army in 2009 after 20 years in uniform. The 48-year-old Madison resident has worked at Redstone since 2012.

“I wanted to get involved with football,” he said of donning the striped shirt to call high school games.

“It was awesome. It was like the best experience ever. It was everything I expected and more.”

Bubba Hogue, a test engineer at Marshall Space Flight Center, is the association’s outgoing president. The president for 2020 is Will Rasely, an official in North Alabama 14 years, who works in Madison for the Packaging Corporation of America.

Rasely, 62, of Athens, said his goal is to “keep growing our official base.”

“We’ve got a lot of good rookie officials this year,” he said. “And we’ve got to train them and develop young officials.”

Barry Goodson, 54, of Huntsville, was announced as this year’s winner of the Gargus/Wilkerson Award. An official for 27 years, he calls football and basketball. He said he was “shocked” at receiving the award.

“I appreciate everyone having the trust in me to work with me,” Goodson said.