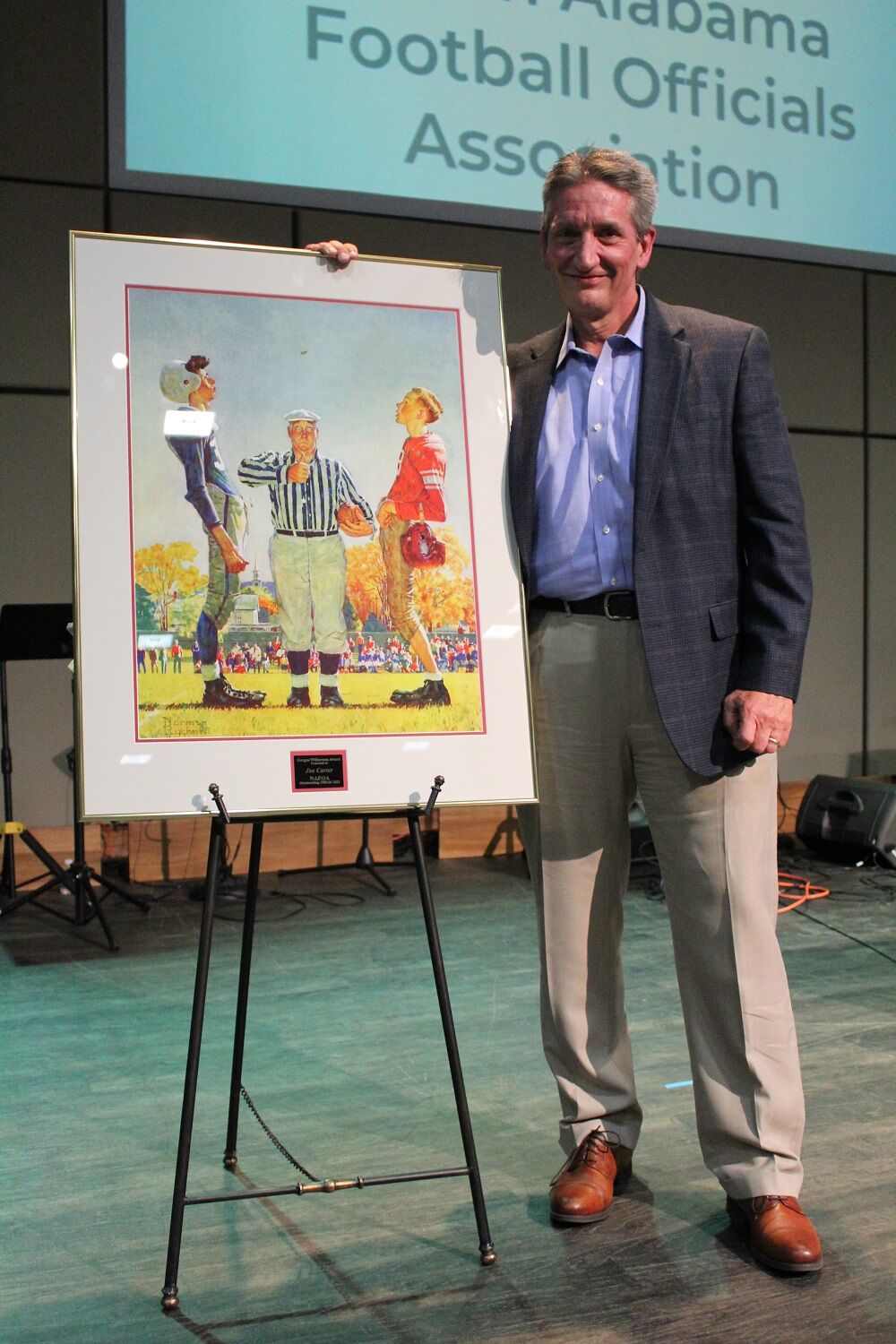 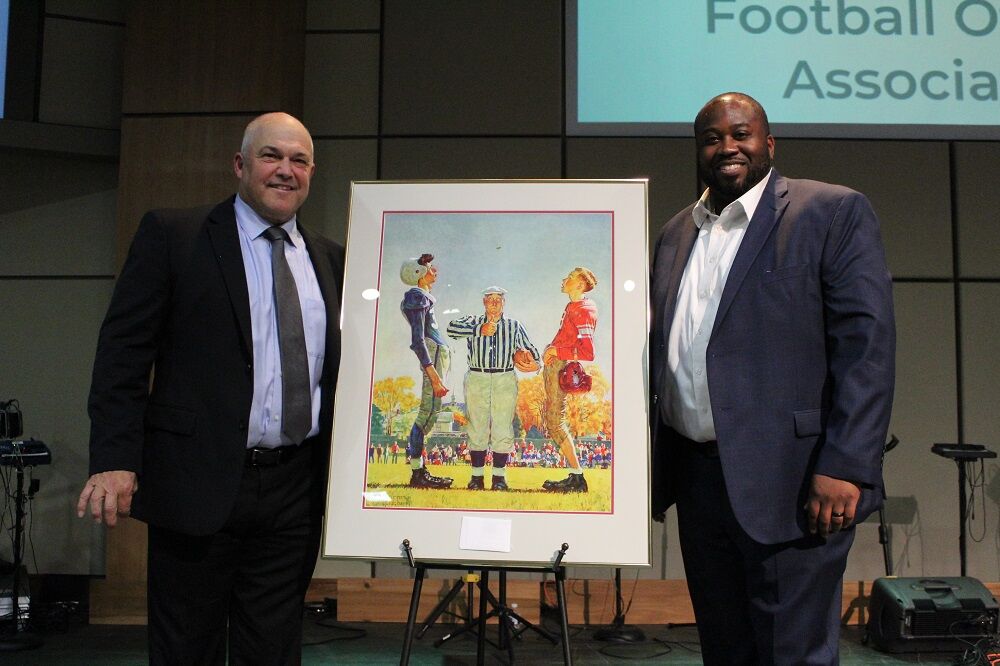 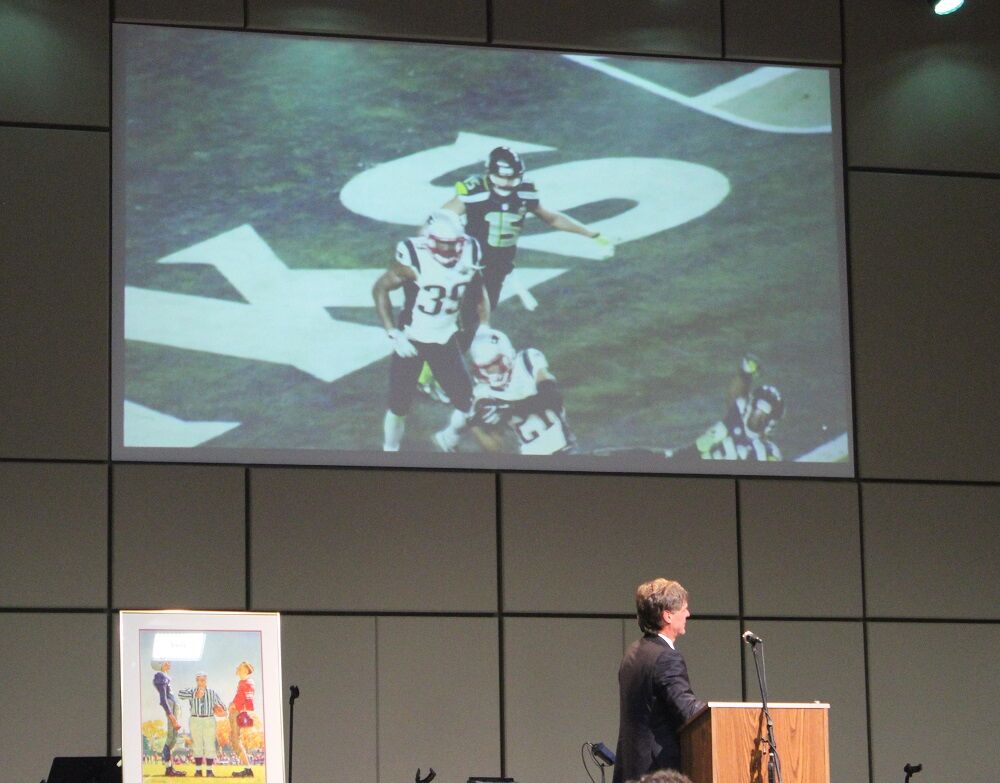 They don’t don those striped shirts on Thursday and Friday nights for the money. It’s more for the love of the game and the kids who play.

The North Alabama Football Officials Association held their annual end-of-season banquet Nov. 2 at First Baptist Church in Huntsville. They didn’t have a banquet last year because of the pandemic but 2021 went well, according to association president Will Rasely.

“Everything was back to normal,” the Athens resident said. “There was no COVID protocol at all. It was just normal football.”

Rasely has served as president since 2020 and was reelected for the next two years. Many of the 80 members have Redstone connections. Their banquet is traditionally after the regular season and before the state high school playoffs which began Thursday night.

Jason Reed, 45, who works for the FBI at Redstone, is in his second year with the North Alabama association. He officiated games in Colorado in 2016 and in Hawaii from 2017-19. He retired from the Army in 2020 as a sergeant first class after 23 years on active duty. A native of McIntosh, near Mobile, he moved to Huntsville in June 2020 and started calling games here that season. He is primarily an umpire on the field.

“The association welcomed me in, so it was like I never missed a beat coming from Hawaii to here,” Reed said.

He explained why he became a high school football official. “Just to stay active in the game, be a part of the game,” he said. “I had my younger sons, I coached them in Pop Warner. And then when they got older, they stopped playing. I still wanted to be a part of the game so officiating was the way to go.”

The banquet’s 70 attendees heard from guest speaker Derek Simpson, who graduated from Grissom High and then the University of Alabama law school, became a lawyer and a sports agent. He represented cornerback Malcolm Butler, who signed with the New England Patriots in 2014 as an undrafted free agent from West Alabama. He is best known for his goal line interception in the final seconds of Super Bowl XLIX. The two-time Super Bowl winner played for the Patriots from 2014-17 and for the Tennessee Titans from 2018-20.

“They throw a pass and Malcolm Butler steps in front of the pass and makes the game-winning catch that won the Super Bowl. Is that not great?” Simpson said, showing the video replay.

Joe Carter, system aviation lead for the Program Executive Office for Aviation, is this year’s award recipient. Carter, 59, originally from Tullahoma, Tennessee, has been an official in the association for 16 years. He is a side judge, which means a line judge or head linesman. He resides in the Monrovia area of Huntsville.

“I’m shocked,” Carter said of his award. “I never expected to get it but I was always hopeful. I spend a lot of time doing this. We spend long hours studying the rules then attending all the games. We definitely don’t do it for money, we definitely do it for the kids.”

Travis Linebarger, a logistics management specialist with Missile Defense Agency, won the 2020 award. The umpire is in his 14th year with the association. Because of the pandemic, he received last year’s award in a parking lot. But it was presented during this banquet.

“I’m excited about it. I’m thankful for my fellow brothers that voted for me,” Linebarger said. “It’s an honor and a privilege.”

Eat the right stuff to stay healthy during holidays