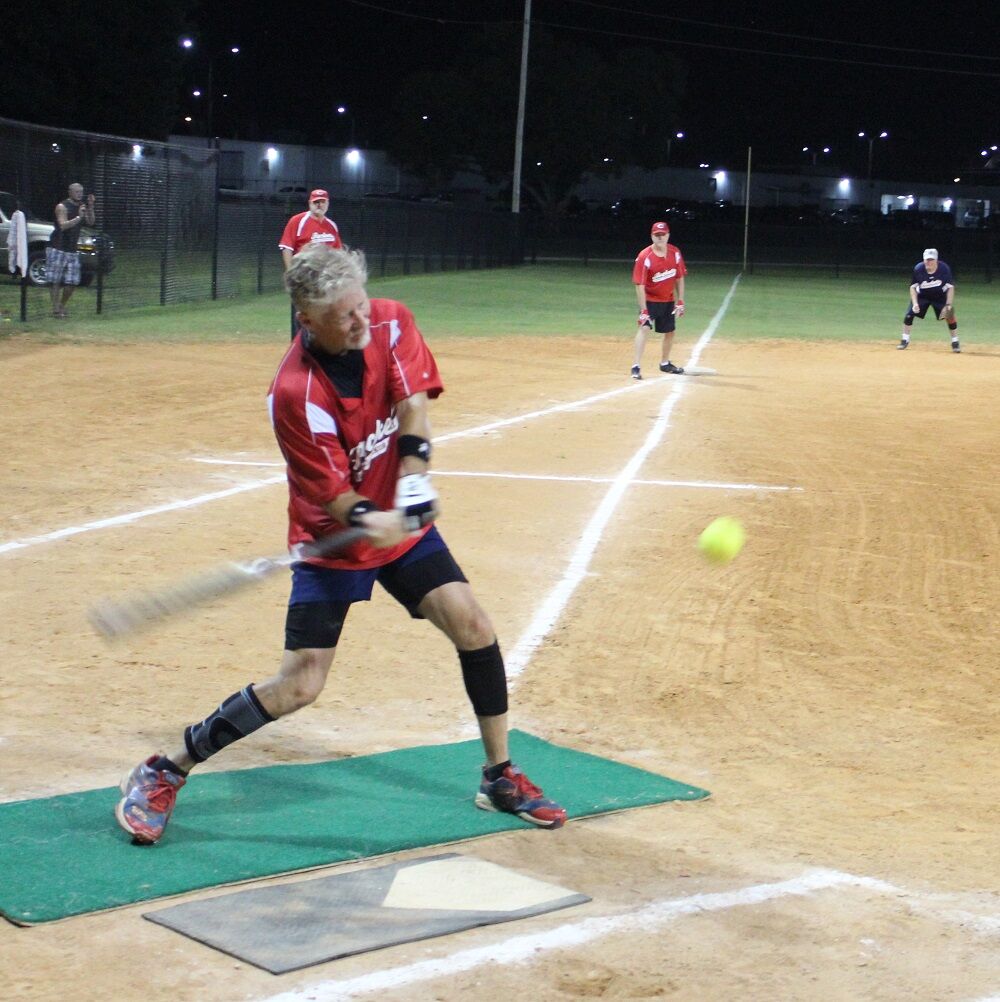 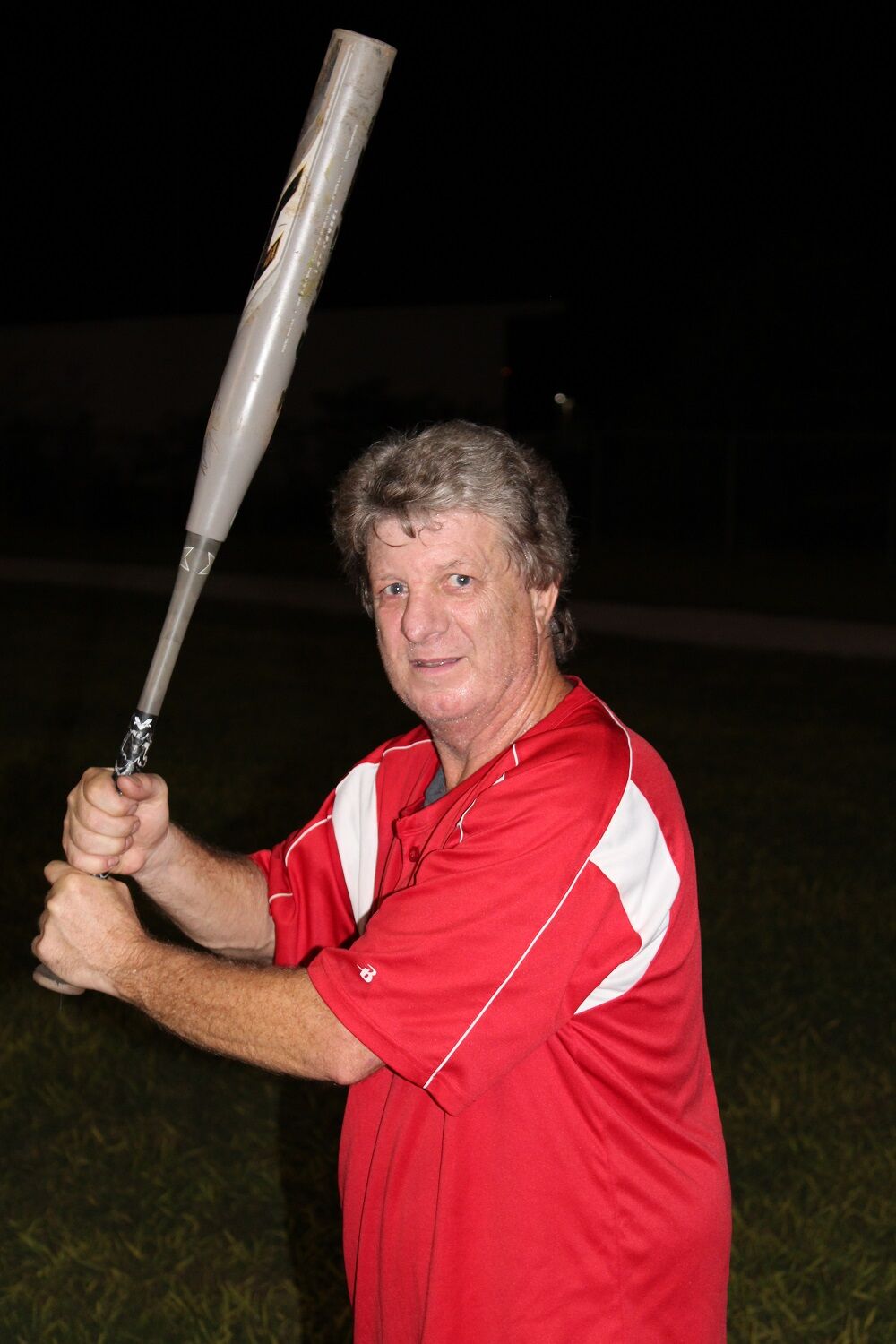 The fourth time was the charm for the team in the red jerseys.

The red ream finally beat navy blue 20-13 in a matchup of the top teams in the five-team, 55-and-over Rockets league in Huntsville Senior Softball. They met under the lights Thursday night on field 2 at Brahan Spring Park.

“Finally,” red player/coach Phil Haas said. “Once again we made various errors against the same team. But this difference was we scored every inning.

“The pitcher was awesome,” he said of winning pitcher Steve Robertson. “We had some big hits.”

Kevin Barnhill and Kirk Wickizer drove in five runs apiece for red (11-4). Barnhill went 2-for-4 with a 3-run homer. Wickizer went 4-for-4 with a solo homer. Randy Bastin hit a two-run homer and drove in three runs. Leadoff hitter Yogi Guess went 5-for-5.

“We hadn’t played in two weeks,” Barnhill, who bats behind cleanup hitter Wickizer, said. “And I think we were a little hungrier. We jumped out front and they couldn’t come back.”

Red, the home team, scored three in the first and five in the second for an 8-0 lead after two innings. They led 9-4 after three.

Navy blue (10-4) tried to rally in their last at bat in the seventh. They scored four runs but the game ended on a double play.