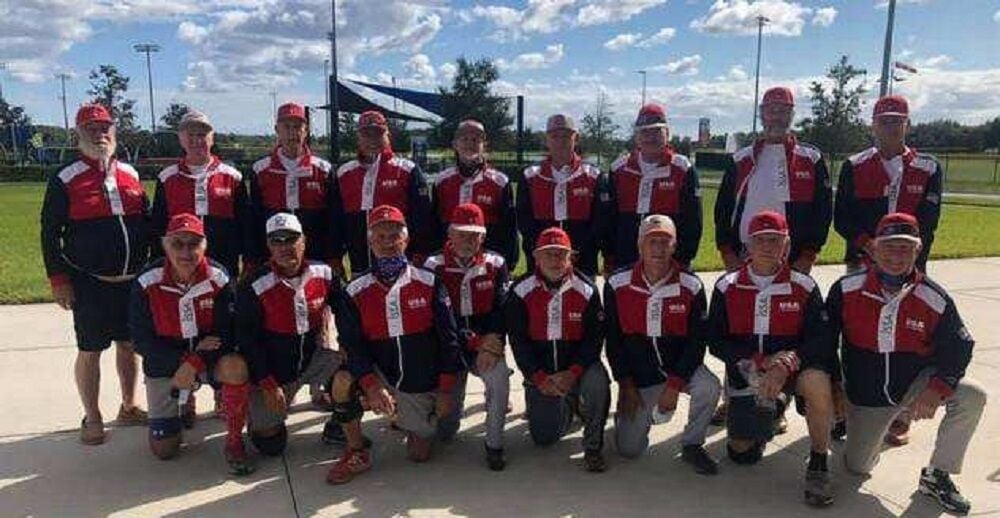 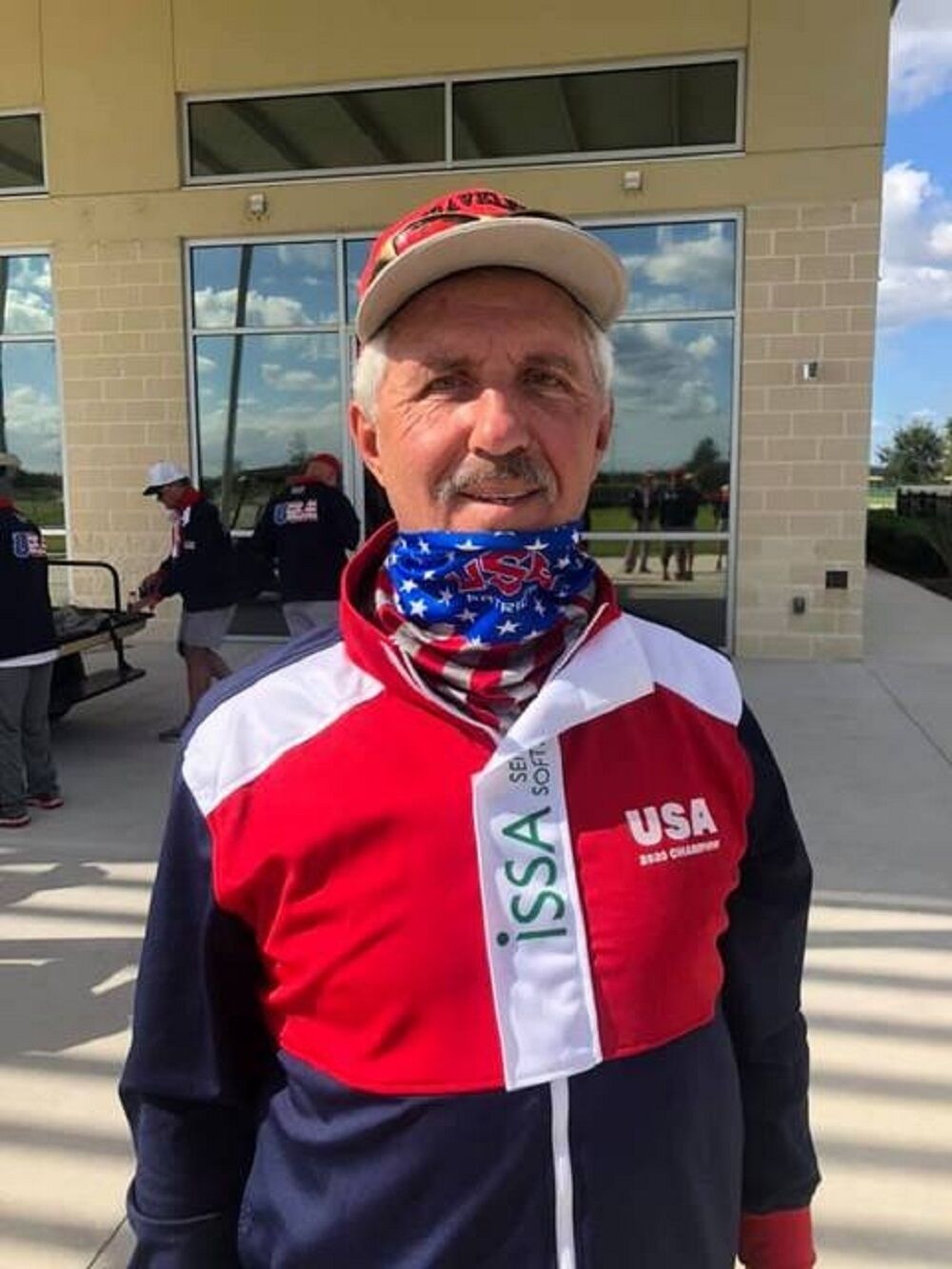 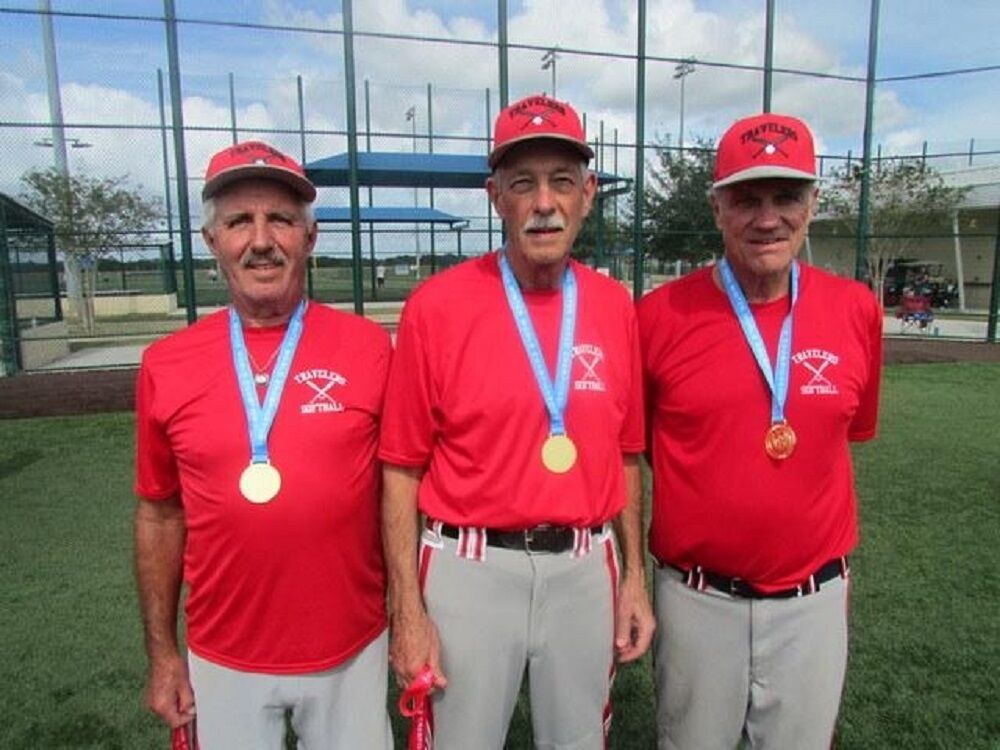 Their journey began in Huntsville in March and concluded in Florida in early November.

The Travelers had reached their desired destination by capturing the USA championship for 70 AAA senior softball. This was the coveted crown for 70-and-up softball teams throughout the nation.

The team based in Carrollton, Georgia, representing the South region, beat the Spicers, a Maryland team representing the North, for the championship Nov. 4. The Travelers won 10-8 in seven innings at the Boombah Complex in Sanford, Florida.

The Spicers led 6-2 after five innings but the Travelers scored five runs in the top of the sixth. The Spicers retook

the lead and were up 8-7 entering

The Travelers rallied with three runs in seventh on a two-run hit by Donnie Willoughby, from Columbus, Georgia, and a run-scoring hit by Dr. John Davis, a dentist from Attalla. They closed out the Spicers 1-2-3 in the bottom of the frame.

Myers, 73, from Huntsville, pitched all seven innings and batted 4-for-4 with a triple, four runs batted in and two runs scored. He has played with the Travelers since 2014.

This is their first USA championship. The Travelers finished second in 2017 and 2018.

Joe Lee, from Carrollton, coaches and sponsors the 16-member team. Besides Myers, the only other player from northern Alabama is backup pitcher Loren Veach of Albertville.

“We played seven tournaments this year. We won five of them,” Myers said. “And we finished third in the other two.”

After receiving their red, white and blue jackets for winning the USA championship, the Travelers competed in the ISSA Winter Nationals tournament Nov. 4-6 at the same venue. They finished second to the Florida Mustangs in this double elimination tournament for the International Senior Softball Association. The Travelers beat the Mustangs 34-31 in their first meeting in the tournament but lost to them 15-14 and 22-9 for the championship.

In perhaps the 12-team tournament’s most exciting game, the Travelers edged the Tennessee Smokies 21-20 in the winners bracket final.

“We were down seven runs in the bottom of the seventh and scored eight runs with two outs,” Myers said. “As one would say: There was a lot of puckering going on in that game – on both sides.”

The Travelers went 4-2 for the week in Florida and finished 24-7 for the year.

Myers, a native of Leechburg, Pennsylvania, which is northeast of Pittsburgh, has played senior softball since 2002. In 2018 he was inducted into the Softball Players Association Hall of Fame.