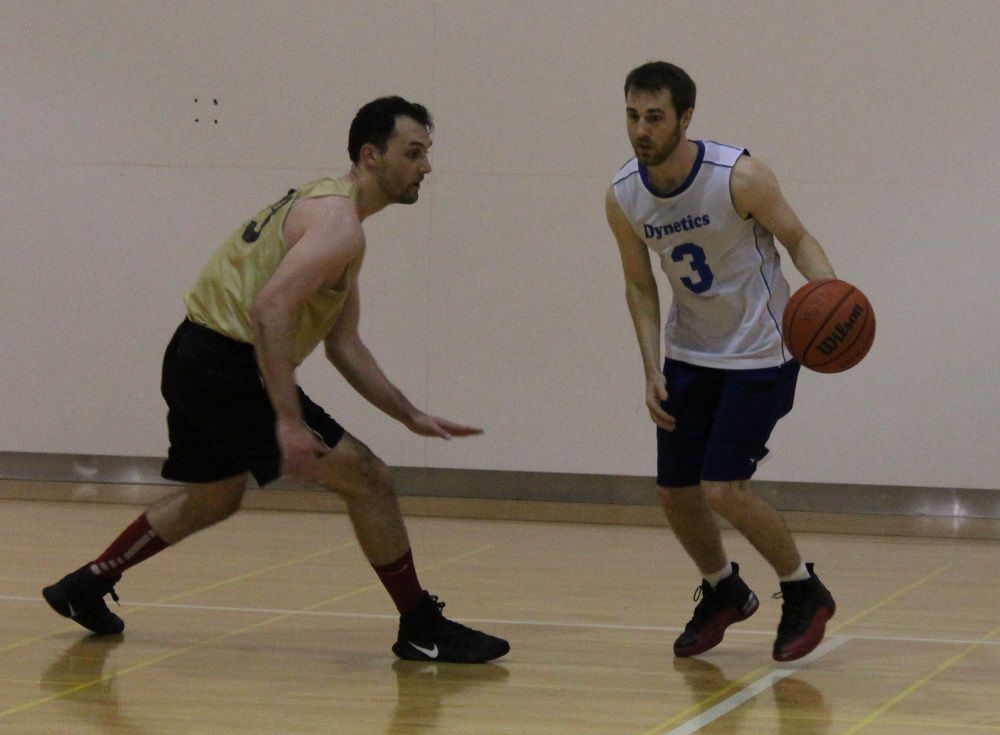 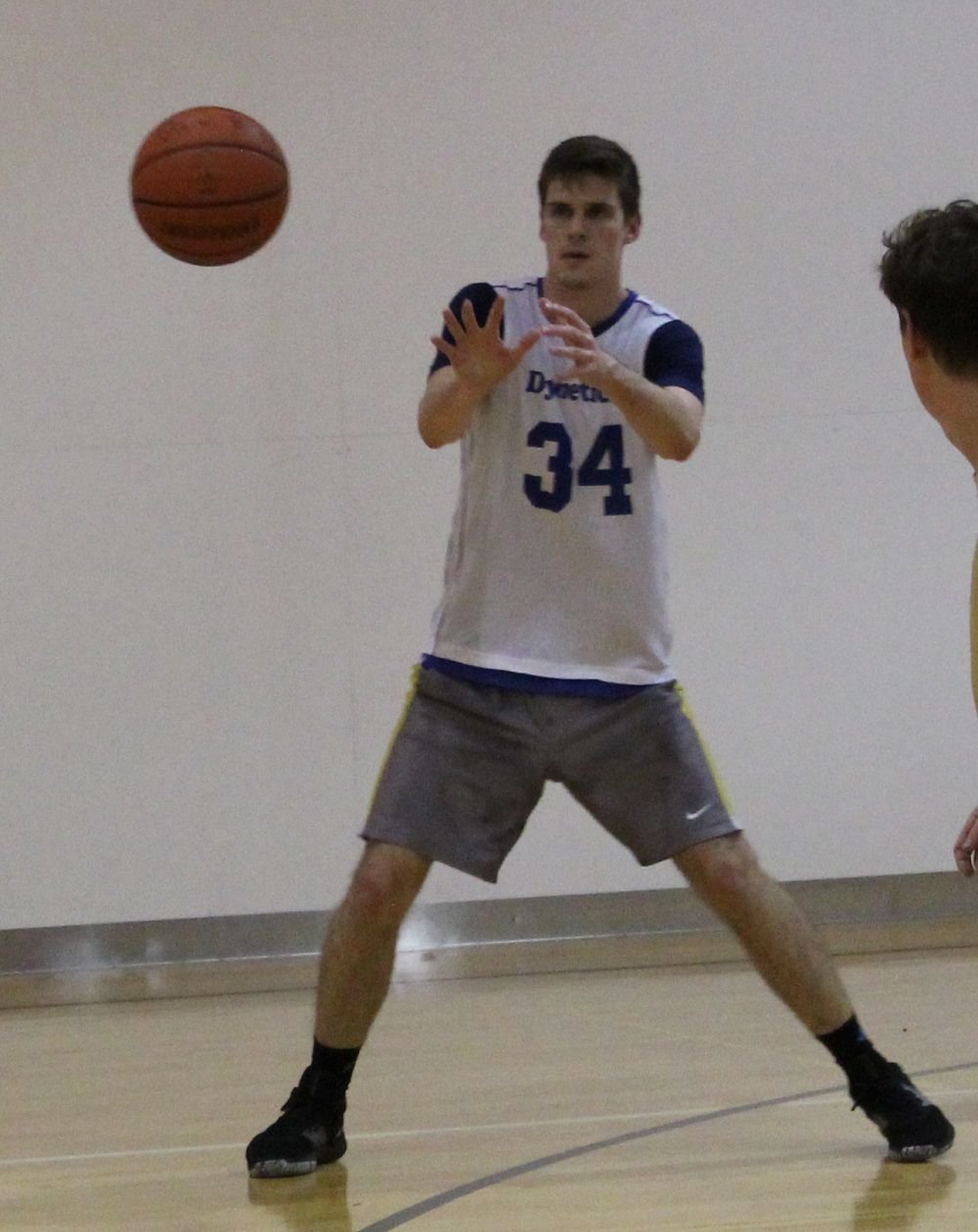 The adjustment led to a 59-44 win over Hard Knox on Feb. 4 at the Marshall Wellness Center. Almost Semi-Pro trailed 29-24 at halftime but outscored Hard Knox 35-15 in the second half.

Mitchell Dickinson had 24 points with three 3-pointers for Almost Semi-Pro (5-6). He made three assists and two steals.

“It was back and forth the whole game till about five minutes to go,” Dickinson, player/co-coach, said. “The first half we had a hard time stopping their penetration. They got a lot of layups.

“The second half we went to a box-and-one to slow down No. 33 (Erik Hatton). It slowed him down. They stopped hitting their shots and we created turnovers and that led to fastbreak points.”

Thomas Danek had a double-double with 11 points and 10 rebounds. He also made two steals. Zach Ruta and Joe Kezon pulled down 10 rebounds apiece. Sowada had six rebounds and three assists.

“We started off strong,” Hard Knox player/coach Kyle Knox said. “We started missing shots and we got frustrated and started throwing the ball away. And they had some good shooters, too.”