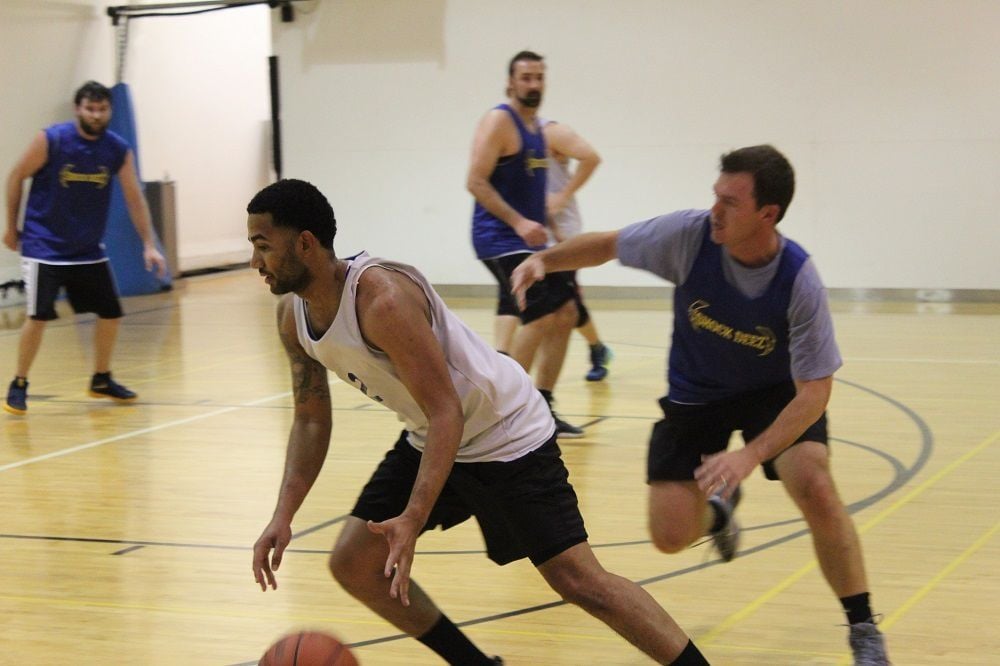 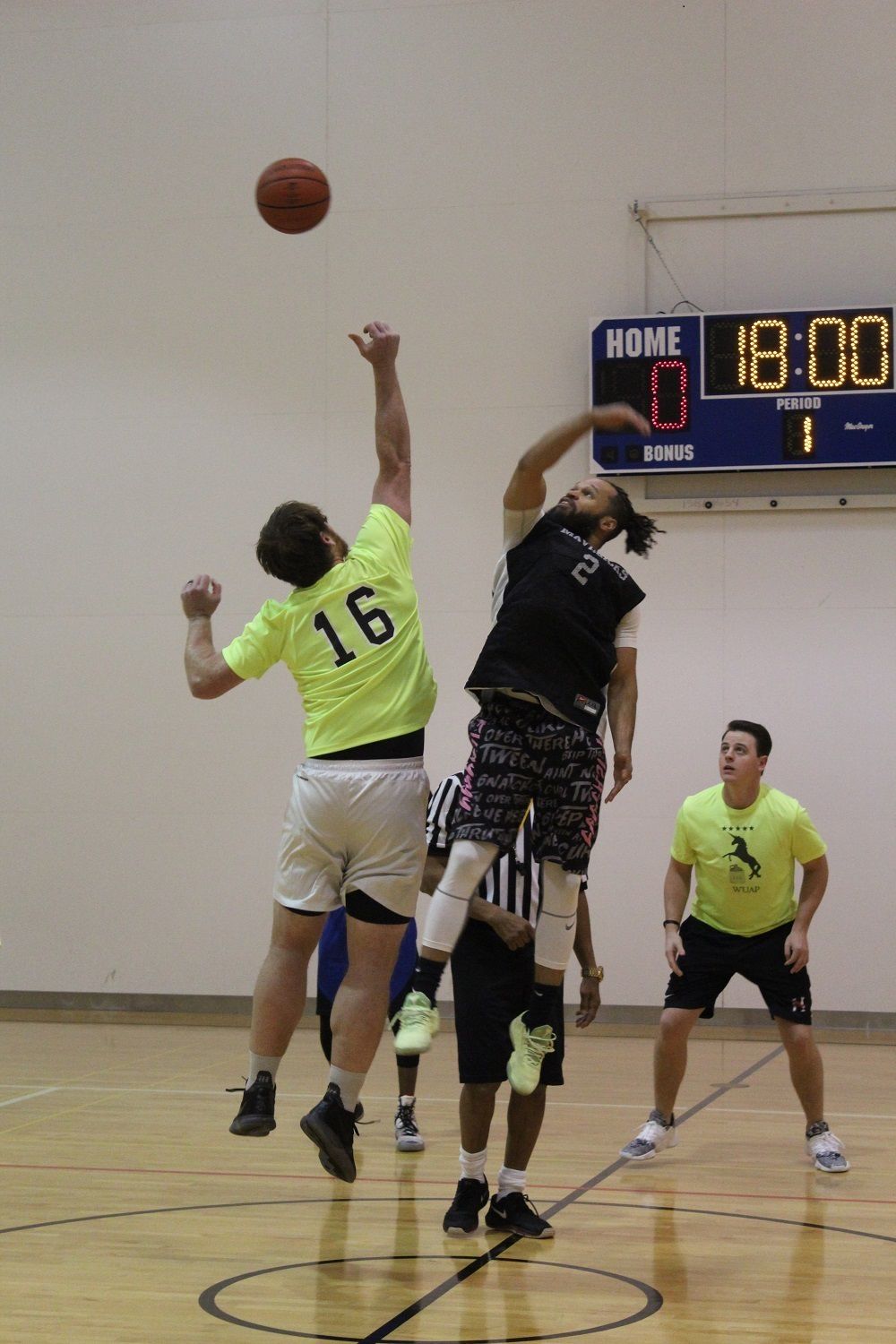 After the holiday break, the Marshall basketball season resumes this week with one unbeaten team.

Space Jam stands atop the 11-team league at 4-0 after two weeks of play. Team captain Byrd Hayes shared its key to success so far.

“We believe in each other,” he said. “Our team motto is ‘Everyone has the green light.’”

Hayes plays center/forward. Brett Bouldin, a guard, averages 21 points per game. Mikhail George, a guard, averages 22.3 and scored 30 in the 89-61 win over Blouses, Dec. 9 at the Marshall Wellness Center. Trey Triplett is a guard/forward. Adam Kimbro and Austen Young are guards.

Gabe Barker, a small forward/shooting guard, had 12 points, five rebounds and three steals in the win over Blouses.

“I feel like we played pretty good,” Barker, who played at St. Francis High School in Chicago from 2013-17, said. “We played together. We played good on defense with communication.”

Lee “Smitty” Smith averages 20 points per game for the Mavericks (3-1). The staff sergeant, who plays point guard, arrived in April from Fort Bragg, North Carolina. He is assigned to the Army Materiel Command.

The Mavericks won the 2018-19 Division A championship and finished unbeaten at 17-0. They beat Space Jam in the final.