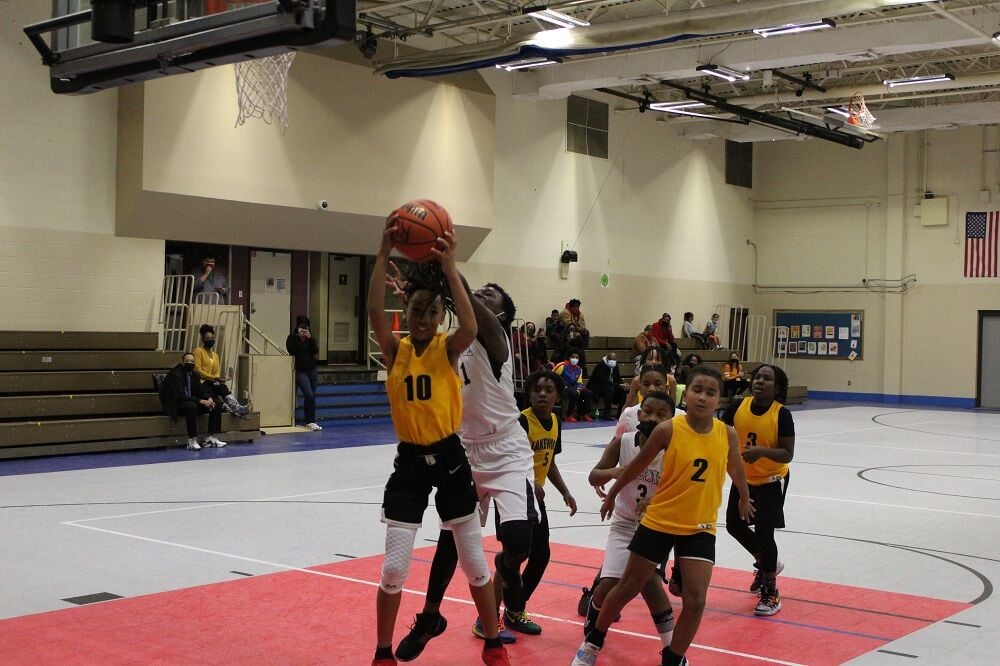 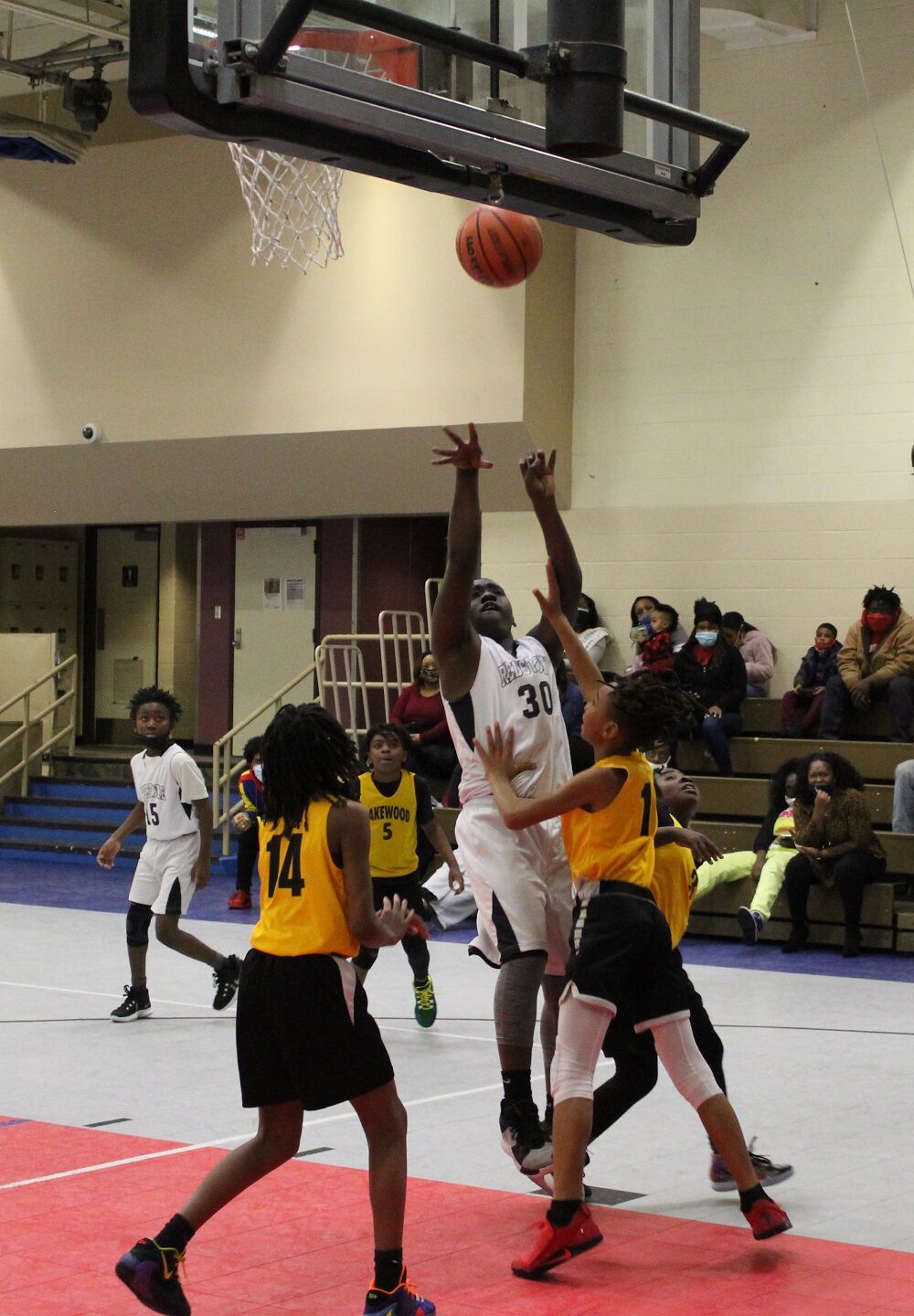 Lakewood’s youngest player made the difference.

“No pressure,” Foster said of his clutch free throws in the Youth Center.

Asked how his team won, he replied “teamwork.” And asked how he felt afterward, he said “Good.”

“He’s 10 years old. He’s the youngest one out there. He’s in fourth grade,” the coach said.

“Moving the ball around, getting open looks, taking good shots,” Foster, the coach, said of the keys to the win. “Controlling the game. Smart decisions.”

Jalen Venter had 17 points, 10 rebounds and three steals for Redstone. This was the Rockets’ first loss in six games but they beat Metro 37-30 in Thursday’s nightcap.

Lakewood led 13-6 after one quarter, 16-8 at halftime and 20-19 after three quarters. The score was tied 27-all with 30 seconds left. But three free throws by Foster and two by Pryor finished the scoring.

“First half we started out slow and our big (center Venter) didn’t show up till the second half,” Rockets coach Johnnie Irby said. “So we started out in a slump because that was a big presence missed in the middle. But after we settled down and started playing defense, we started getting easy buckets which made the game a very exciting ending. We just came up short.

“Kids played hard and games like this is the reason I coach.”

Rockets 37, Metro 30: Jalen Venter had 14 points and 12 rebounds for his second double-double of the day.

“I think we played well,” Venter said. “I just kept shooting bad shots when I should’ve been going in (closer to the basket). And also when we get rebounds we need to start hitting the backboard (for putbacks).

“We didn’t rebound well,” Metro coach Johnathan Alexander said. “We got outrebounded and they played harder.”