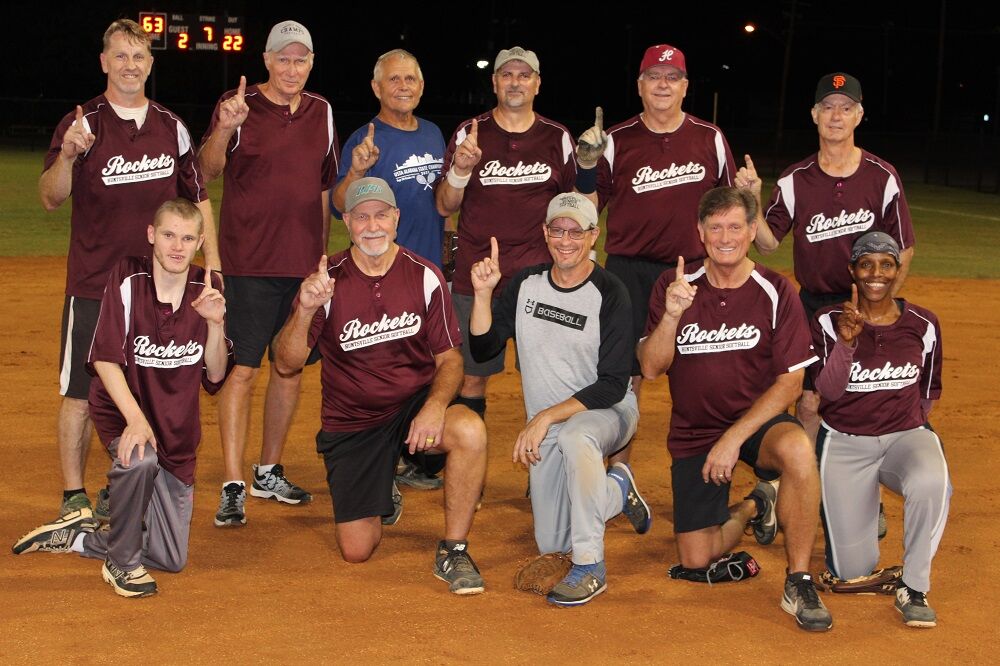 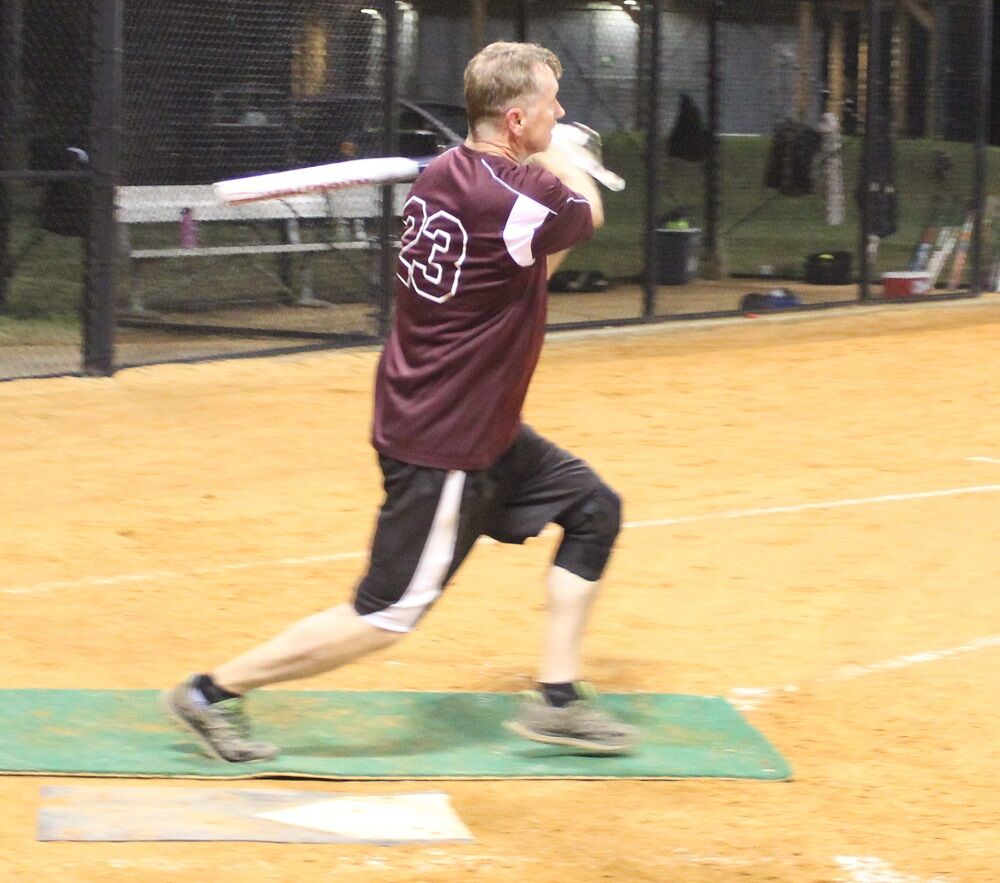 Scott Landers hits a pair of two-run homers and two doubles in the final.

Scott Landers hits a pair of two-run homers and two doubles in the final.

The maroon team left no doubt. With stellar defense and strong offense, they showed they were the league’s best team.

Scott Landers hit a pair of two-run homers as maroon beat red, 22-2 for the summer championship of the 55-and-over Rockets league in Huntsville Senior Softball. They won the end-of-season tournament final Oct. 4 on field 1 at Brahan Spring Park.

Landers went 4-for-4 with his two home runs, two doubles, seven runs batted in and four runs scored. At shortstop he made two assists and three putouts, including a nifty snag of a line drive to end the third inning.

“I broke my hip last year,” the second-year player said. “My hip’s finally feeling better. It’s been a year. I’m finally getting back to where I was, and just had a good time out here. Again just thankful to be out here.”

Tim Lawter had four hits with a three-run homer for maroon (10-3). Mike Keyser also had four hits. Moto Miller, Maggio and Gary Wilkison had three hits apiece. Winning pitcher Denny Reasner, first baseman Mark Hoffman and second baseman Dee Benson added two hits apiece. With a runner on first in the third inning, Benson made a leaping catch of a line drive then threw to Hoffman to double up the baserunner. She started a 4-6-3 double play in the seventh to end the game.

Maggio made several nifty stops at third base and finished with six assists. Reasner allowed nine hits and two runs, one earned, in seven innings for the win.

“We sort of failed in all facets of the game,” red player/coach Phil Haas said. “We had fun, though. Second place ain’t too bad.”